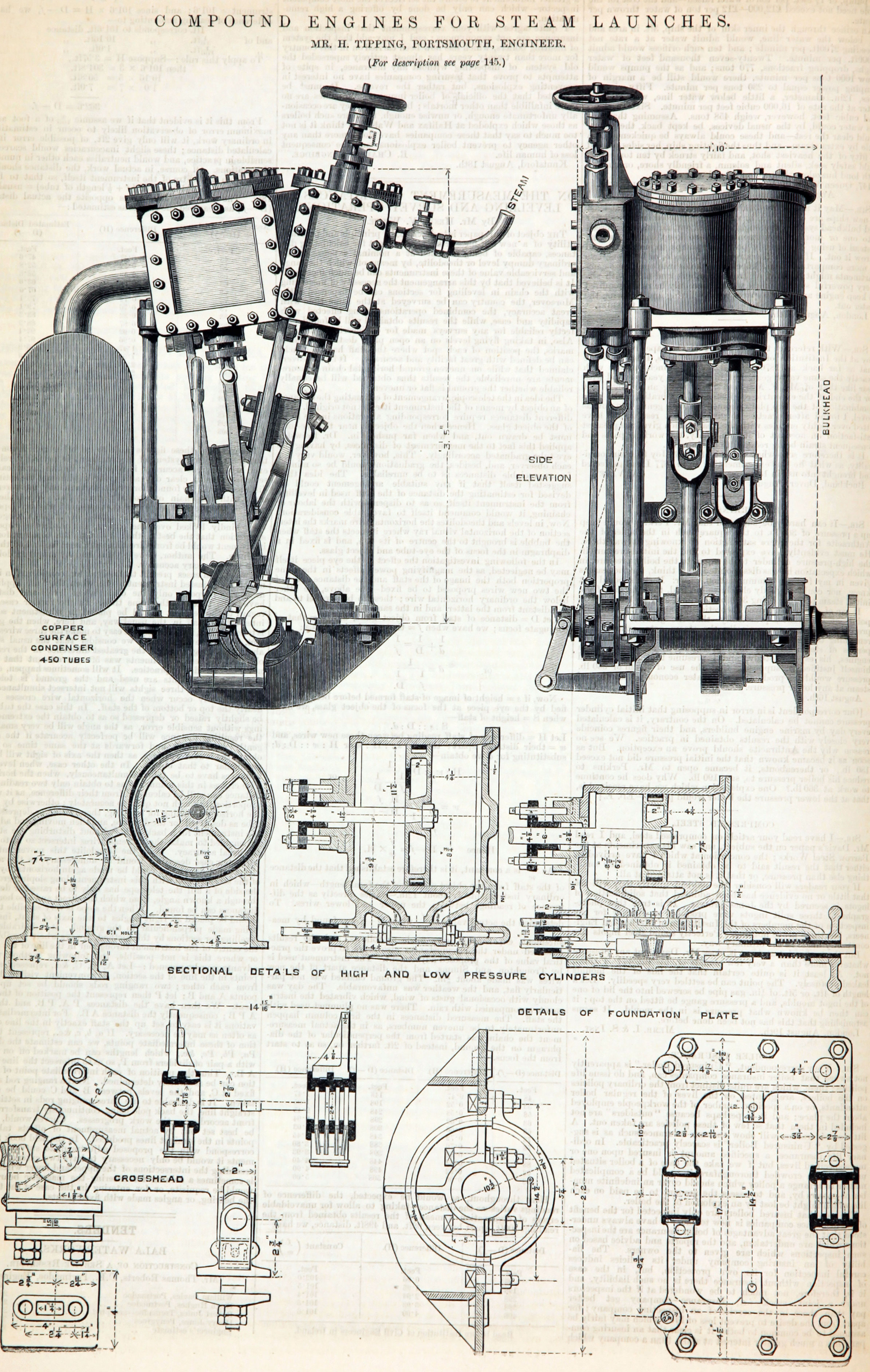 HENRY TIPPING was born on 11th May 1839 at Patricroft near Manchester, and served his apprenticeship there as an engineer in the Bridgewater Foundry of Messrs. Nasmyth, Wilson and Co., for whom he subsequently superintended the erection of machinery at Woolwich Arsenal and other places.

He was afterwards appointed surveyor to the Kirkham Coal and Iron Works, near Preston, where ho served for four years.

For about five years and a half he was engaged as manager to Messrs. Courtney, Stephens and Co., Blackball Place Iron Works, Dublin; and for some six years as head draughtsman in H.M. Dockyard, Portsmouth.

For the last fourteen years he was employed chiefly on his own account as consulting engineer, and designed several improvements in machinery, including a reversing gear to do away with the link motion in steam engines, a slide-valve, boiler, &c. One of the latest was an electric arc-lamp, for which he obtained a bronze medal at the Crystal Palace electrical exhibition in 1892.

While returning from an exploring expedition in West Africa, he was seized with malignant fever, contracted at Cape Coast Castle, and died near Sierra Leone on the voyage home on 12th May 1896 in the fifty-seventh year of his age.

He became a Member of this Institution in 1886.