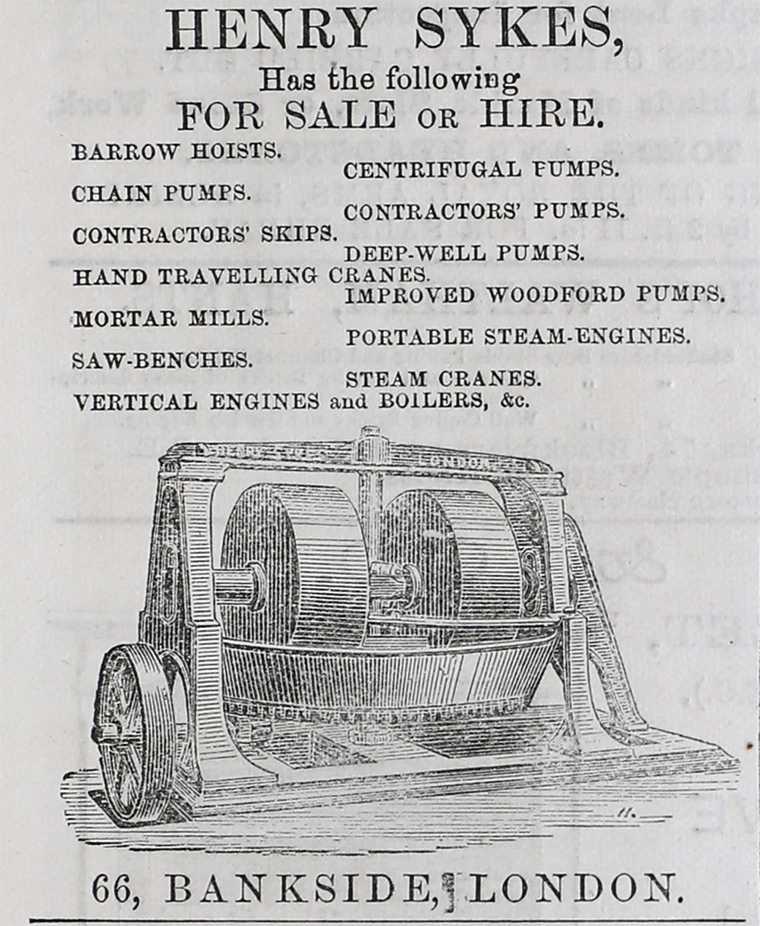 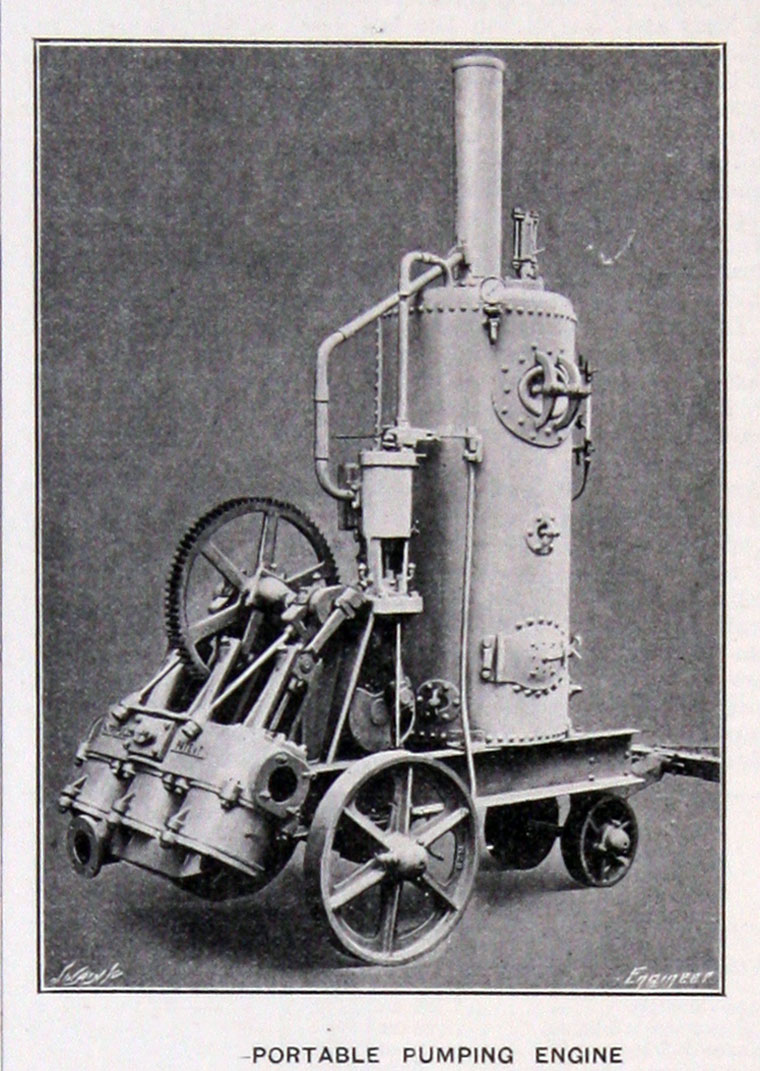 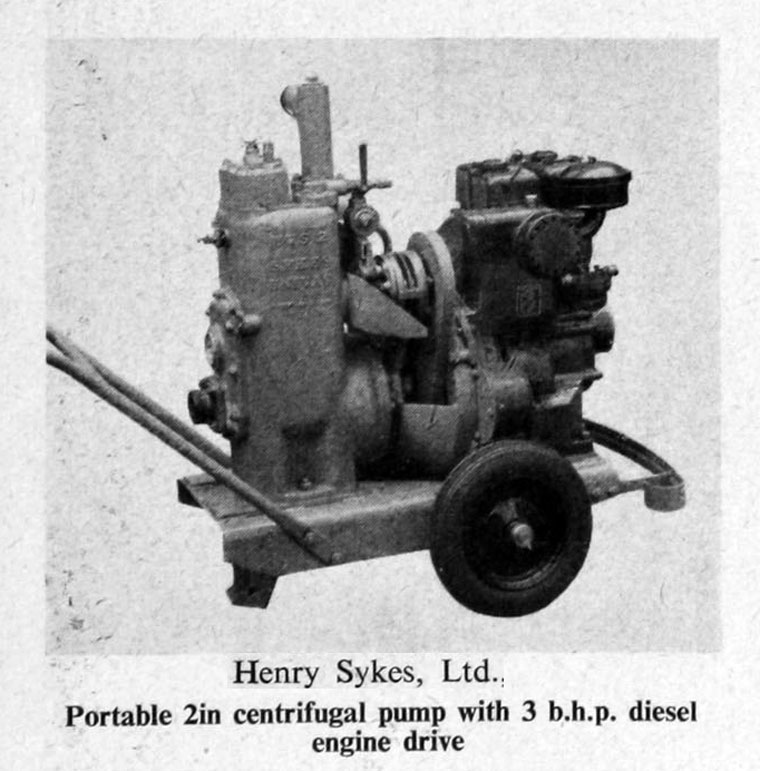 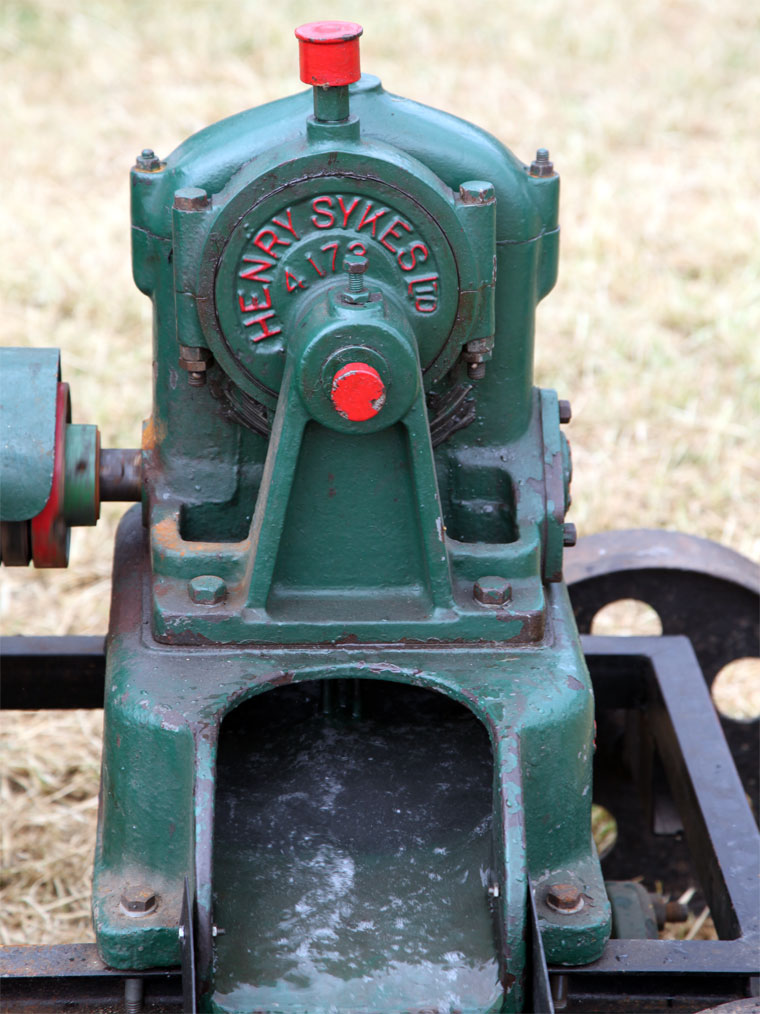 1857 Company established beside the Thames by 35 year old Henry Sykes, who had come to London from Sheffield and established a small engineering business in Upper Thames Street.

1879 Henry Sykes died; his wife, Margaret, took over the business

1886 Henry Sykes Junior, eldest son of Henry Sykes, took control of the business; his cousin, Edmund Jackson, joined the business and contributed strongly for the next 40 years, designing pile-driving winches, contractors' pumps, and the Tripulse - a three throw bucket pump.

WWI designed and built special rolling-friction winches used for a large number of "Kite Balloons", which were used for observation work.

1928 Acquired 51 acres of land on the Greenwich marshes at Charlton.

WWII Supplied a large number of winches for the erection of steel masts on the East and South coasts for radar installations. Sykes's Pumps were supplied at short notice to float the Mulberry Harbours when the MOD's pumps failed to do the job.

1957 The Univac pump was introduced which solved many pumping problems considered almost insoluble.

1961 Introduced a fleet of self priming Univac pumps

1973 Stake in the company acquired by Hanson Trust which made an unsuccessful take-over bid[2]. Company name changed to Henry Sykes[3]

1977 Hanson disposed of its holding. The company was then listed on the London Stock Exchange[4]

1981 Adwest Group bought a pump manufacturing subsidiary of the company, Lacy-Hulbert and Co of Croydon[5]

1983 Acquired by US conglomerate Alco Standard[6]

1986 Acquired from Alco Standard Group by SPP[7]. This acquisition expanded SPP's product range with the addition of vacuum assisted self-priming pumps. It was around this time that SPP moved its manufacturing site from Reading to a more modern facility in Coleford, in the West of England.