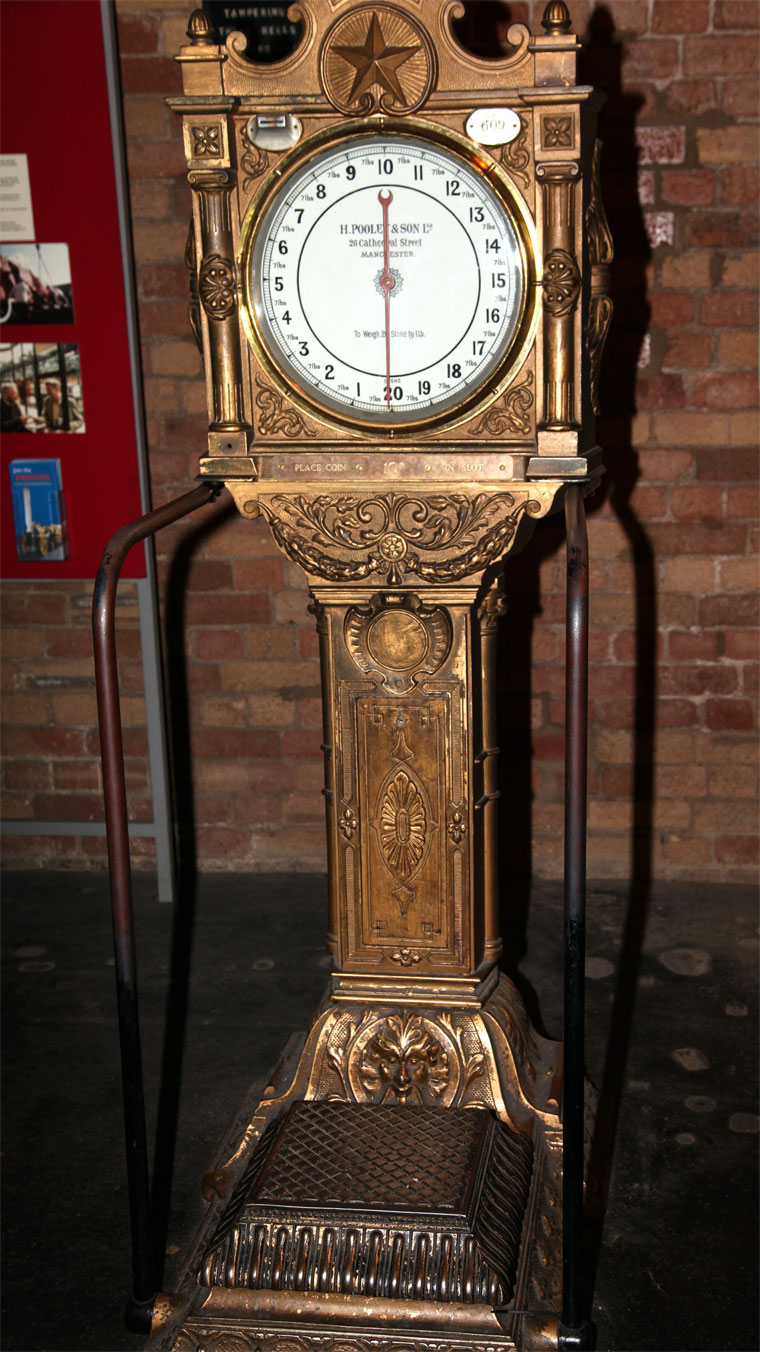 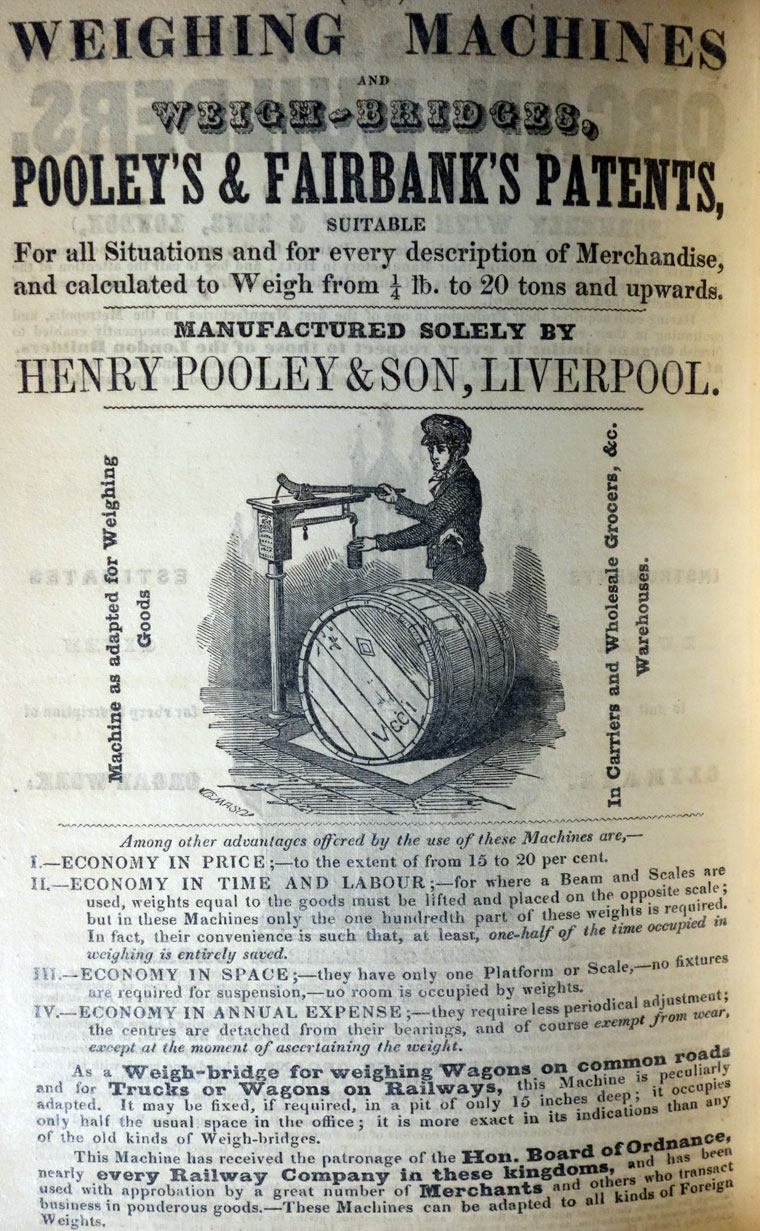 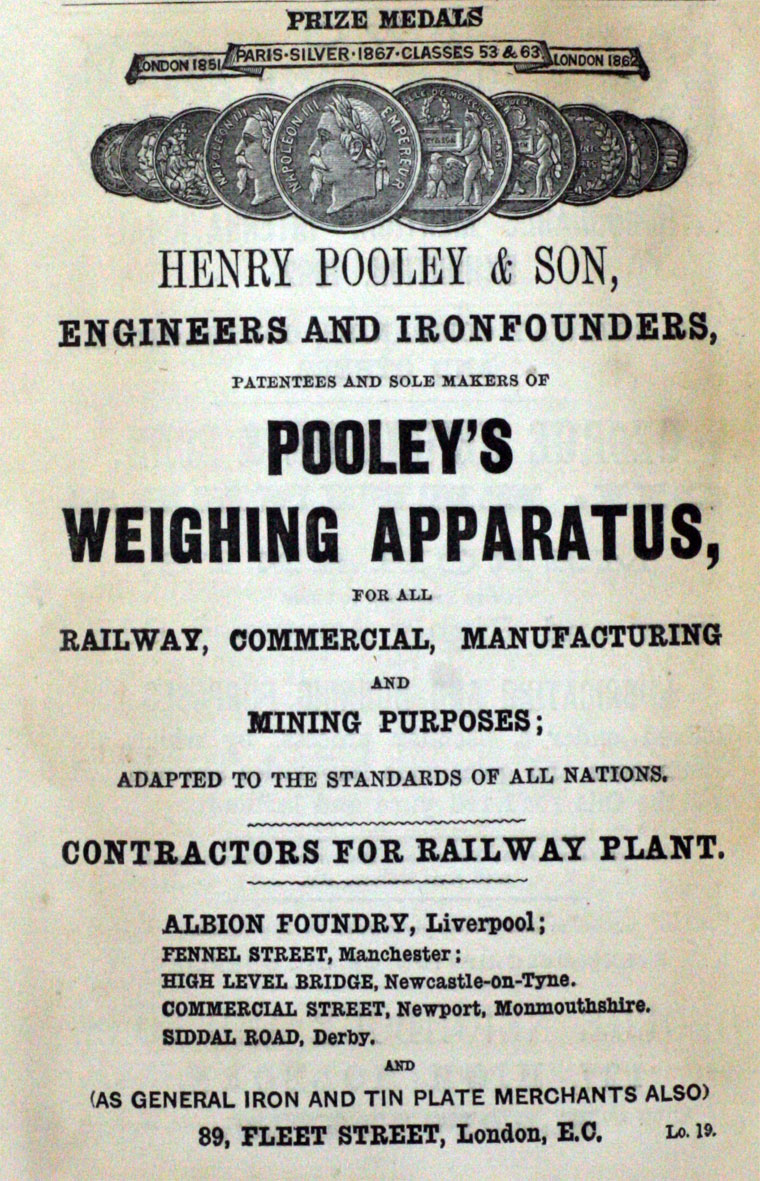 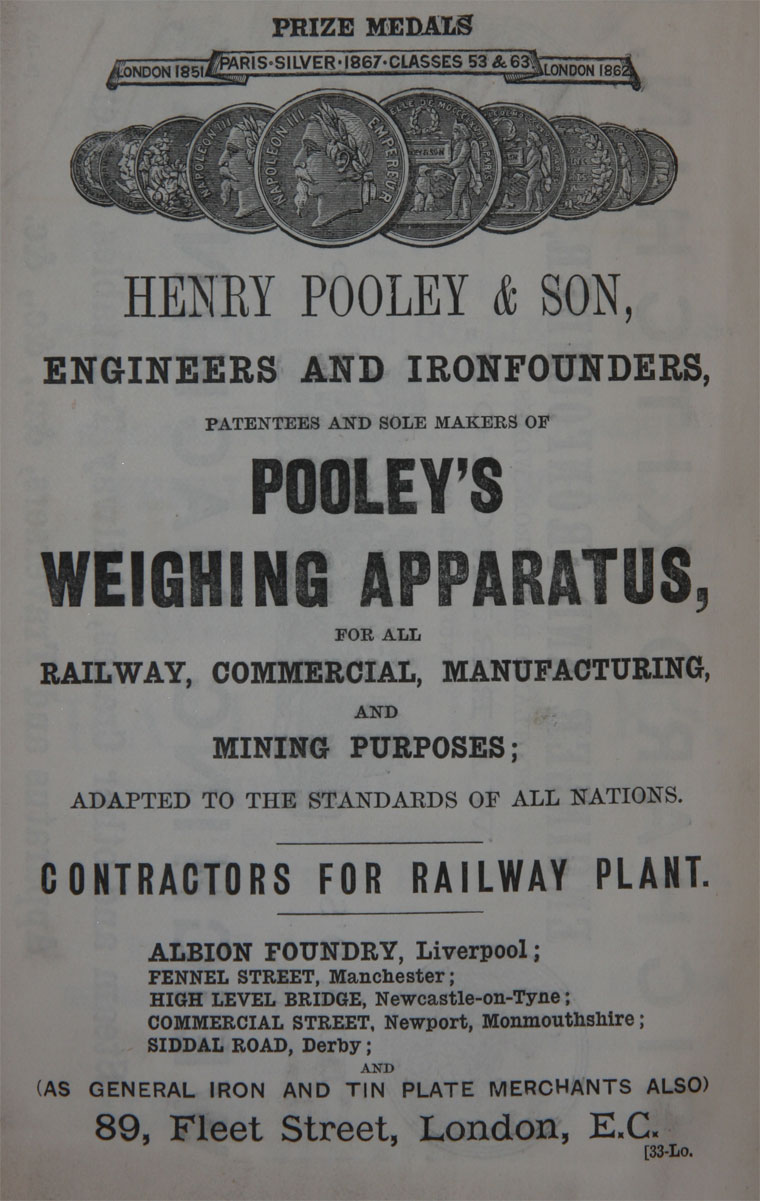 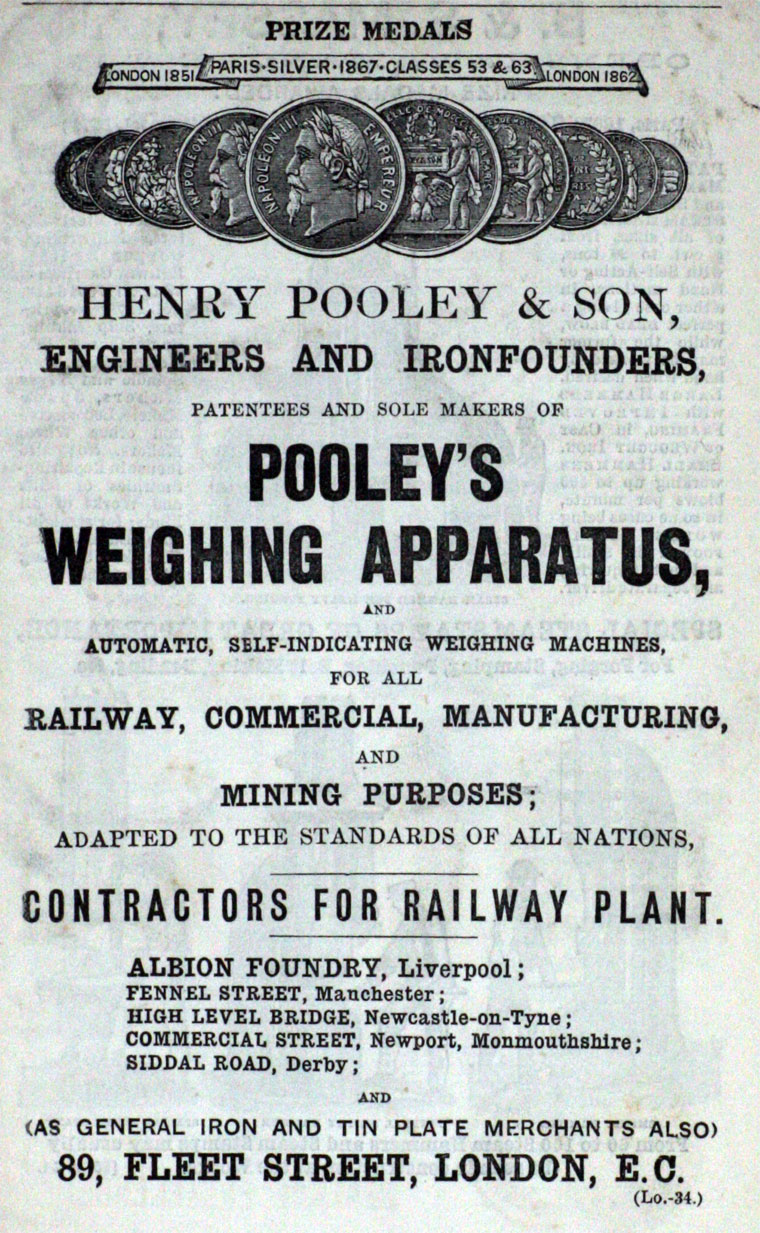 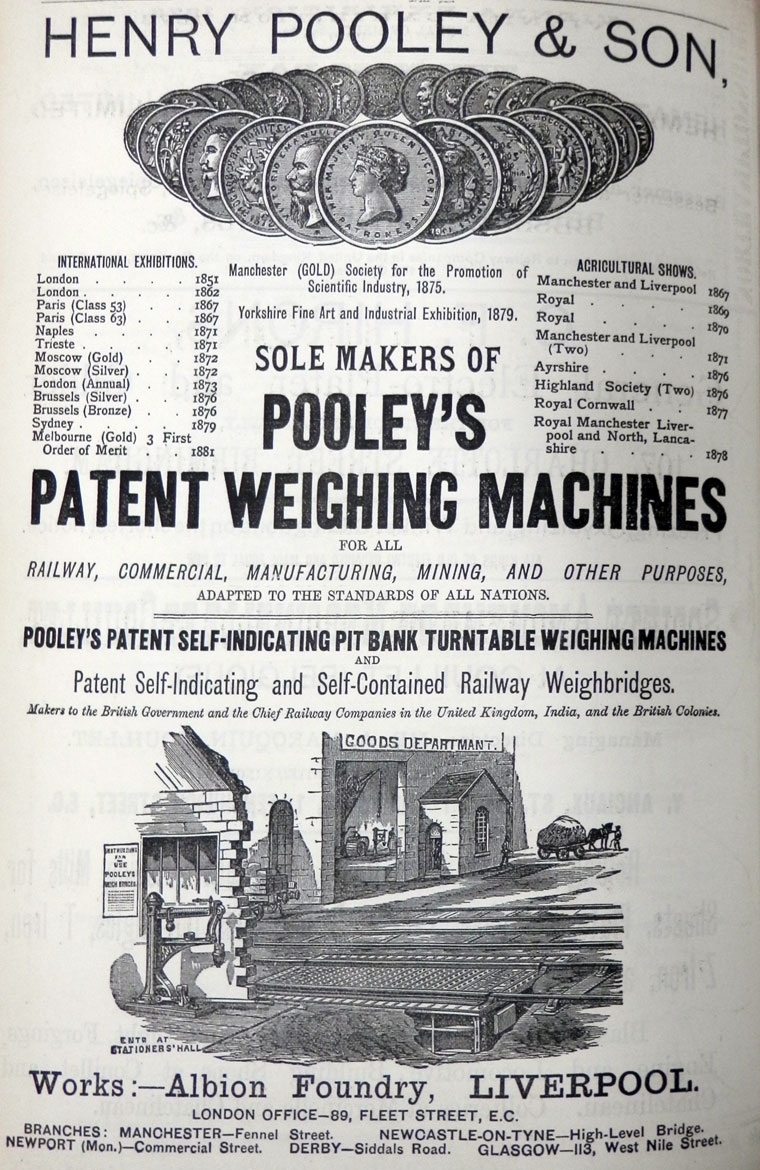 1886. Weighbridge and cover at Brighton. 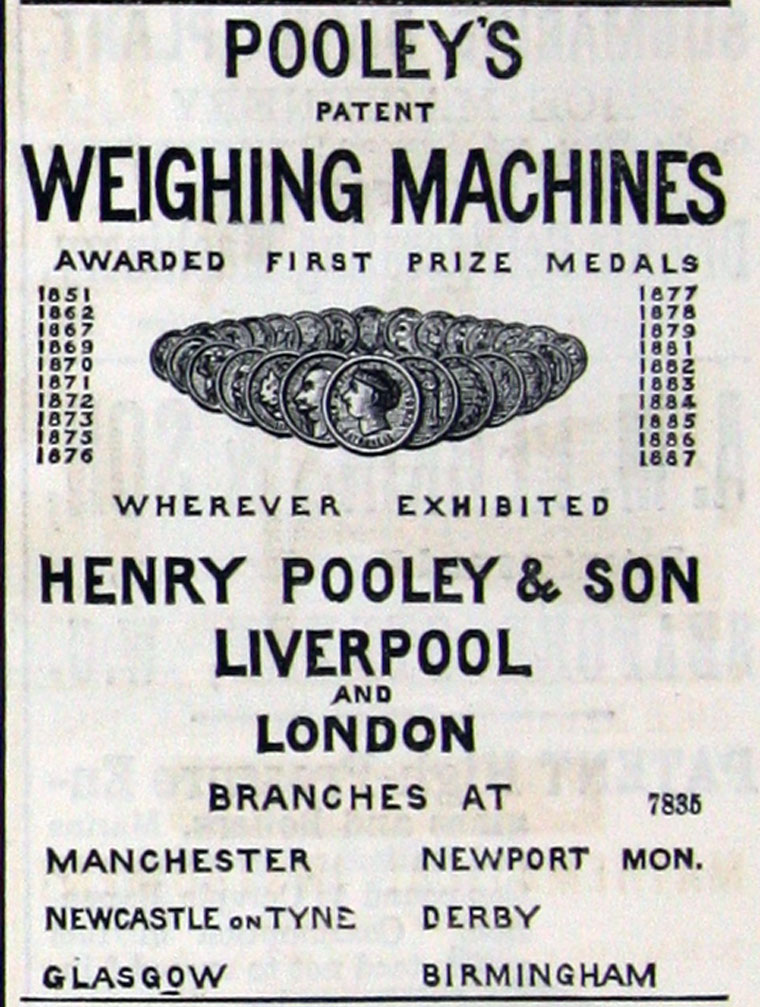 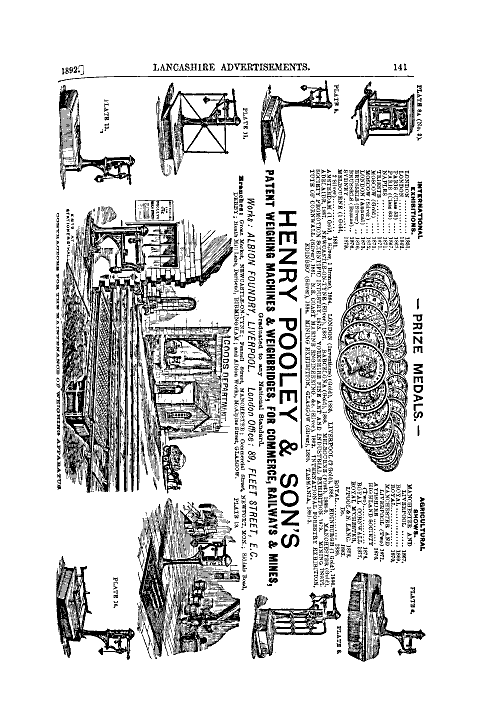 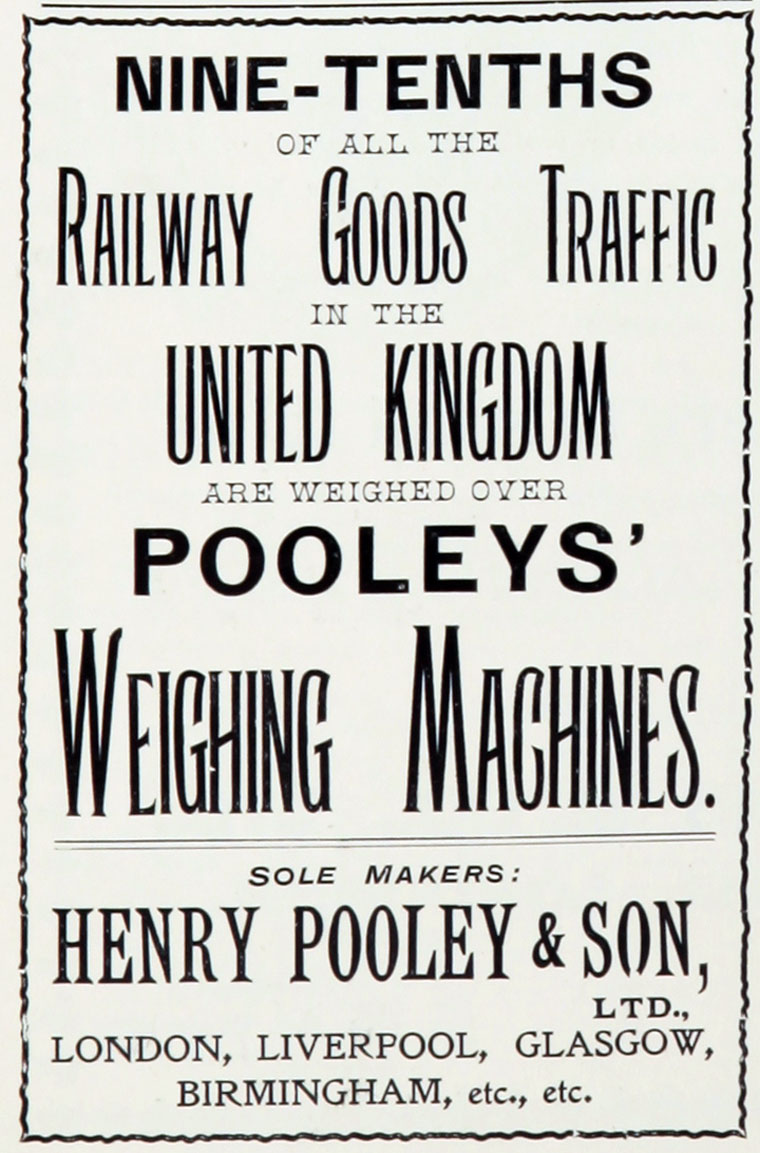 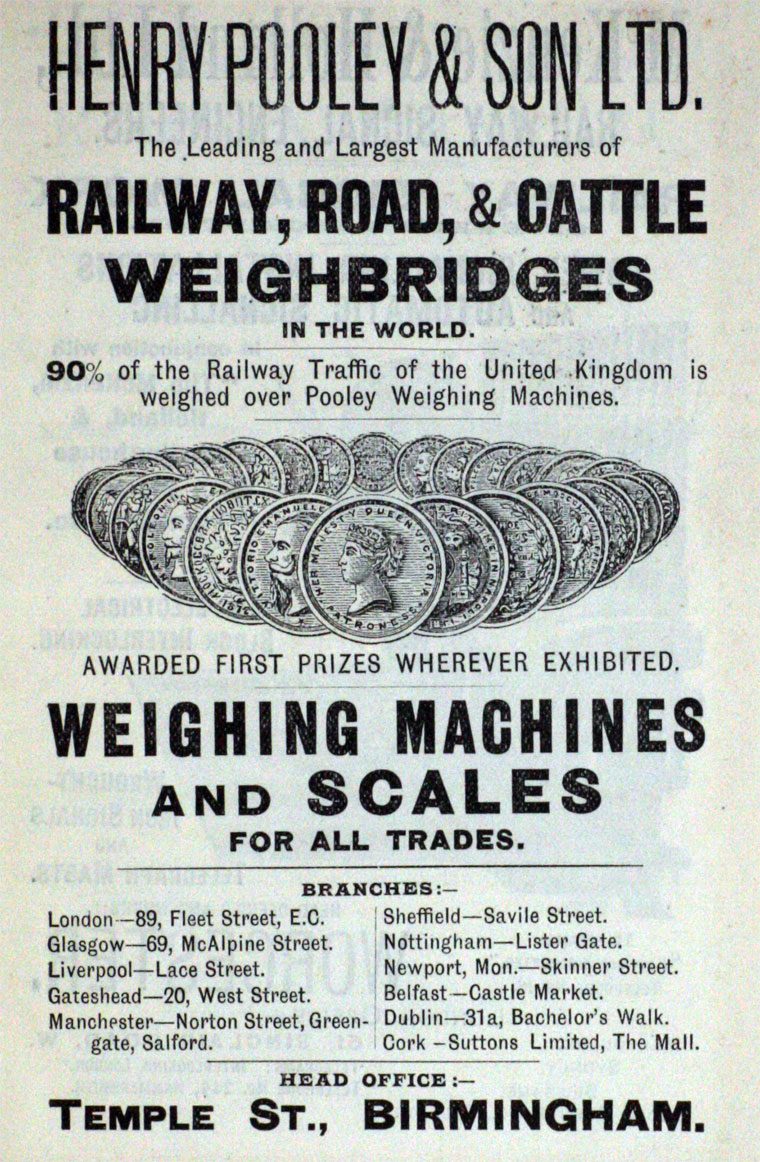 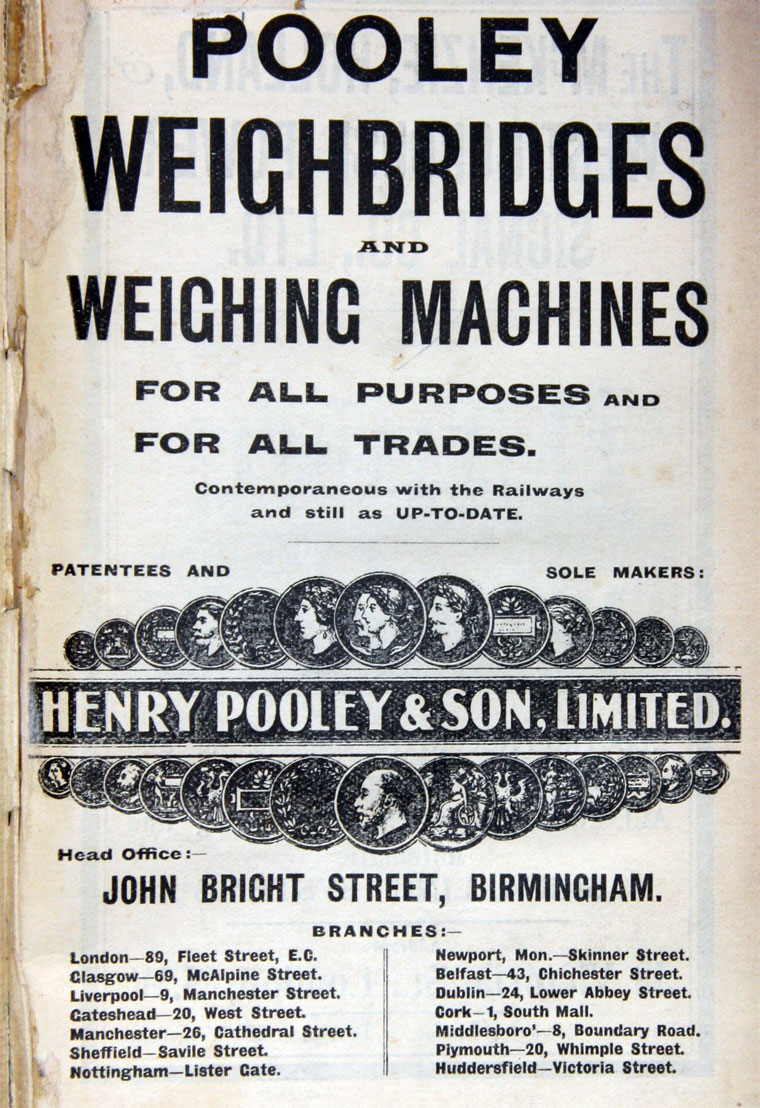 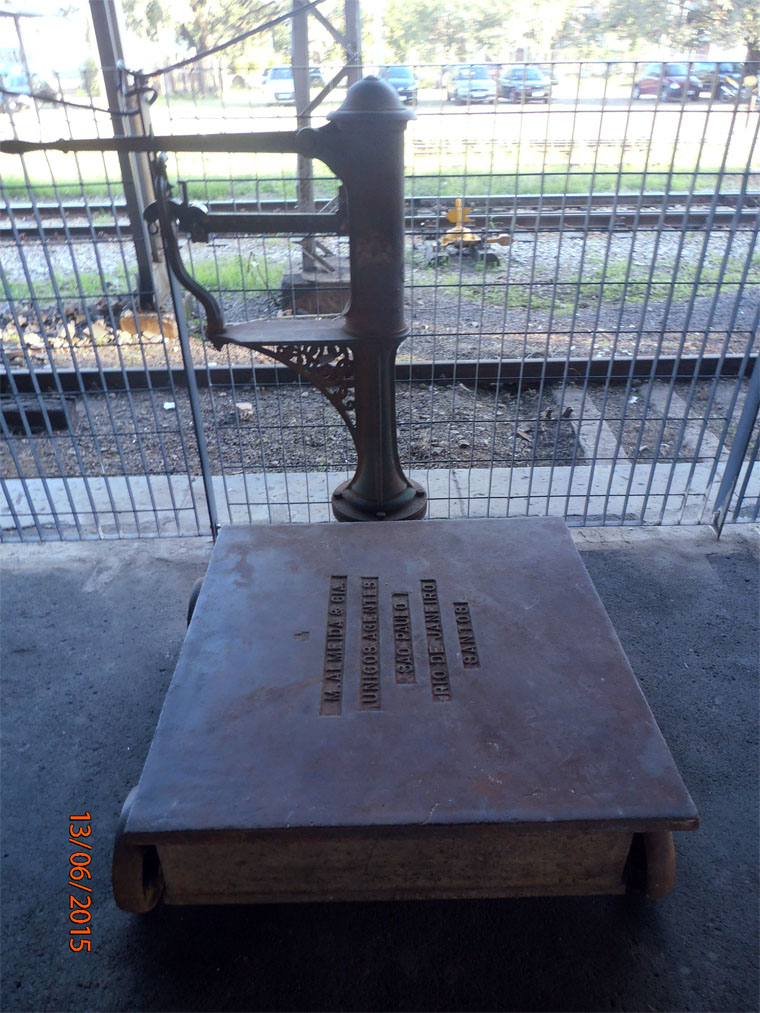 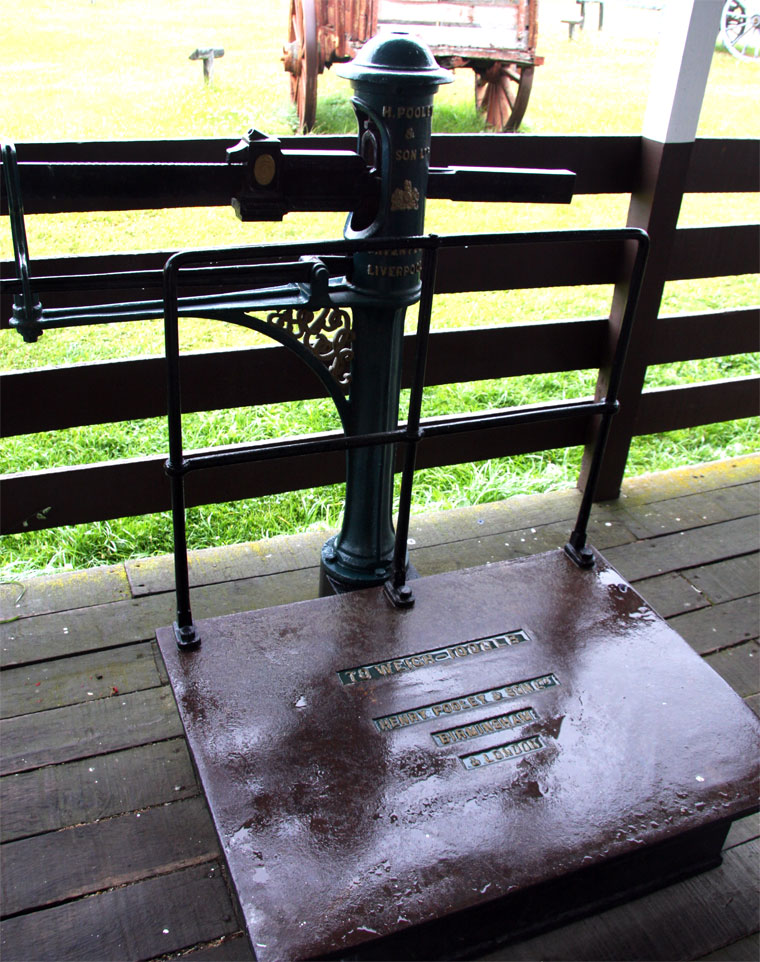 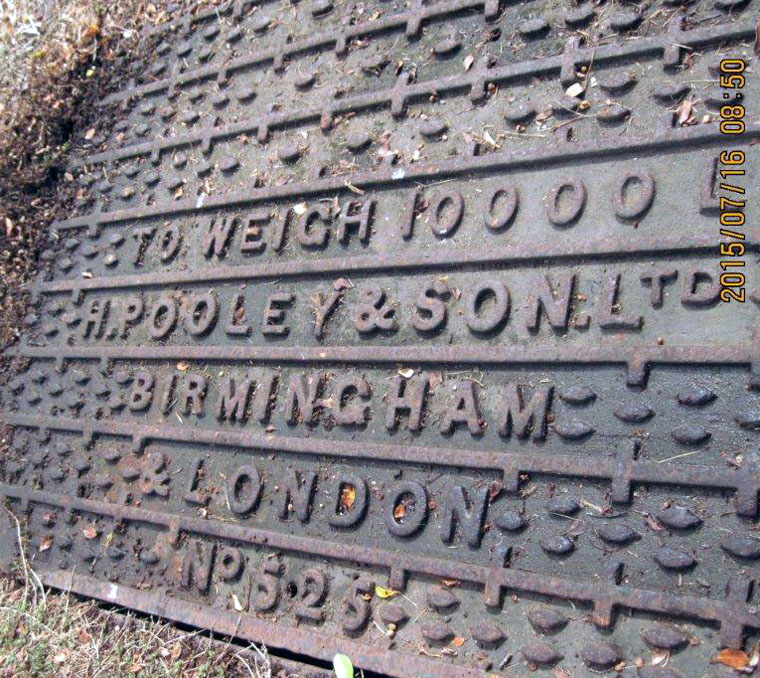 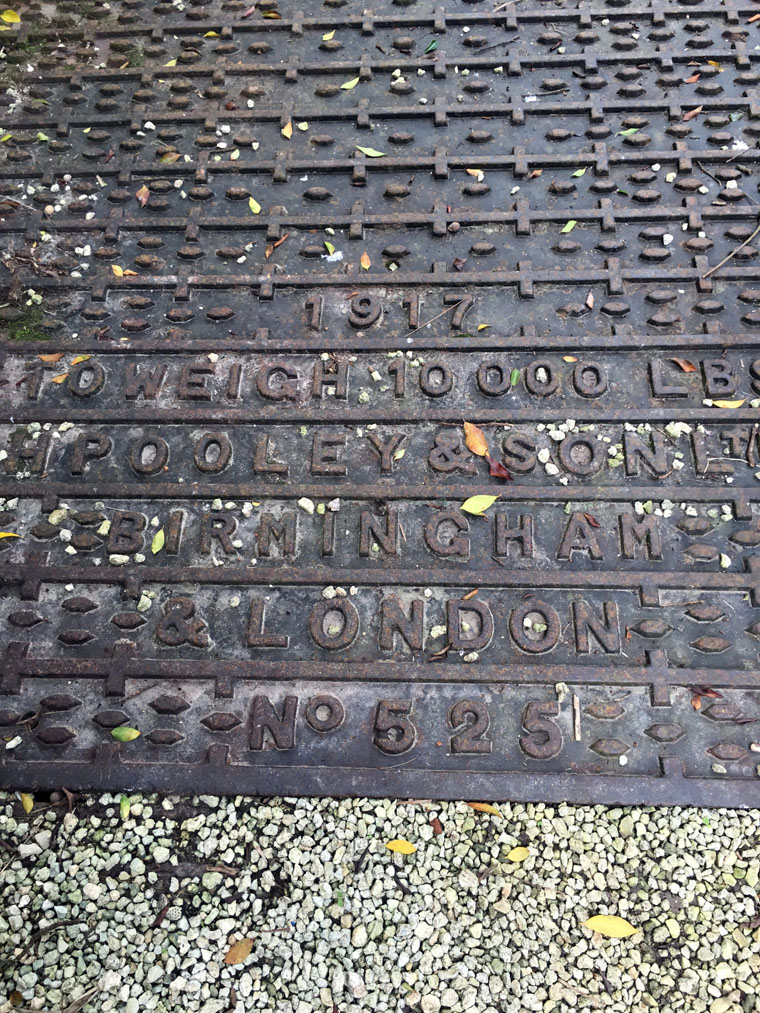 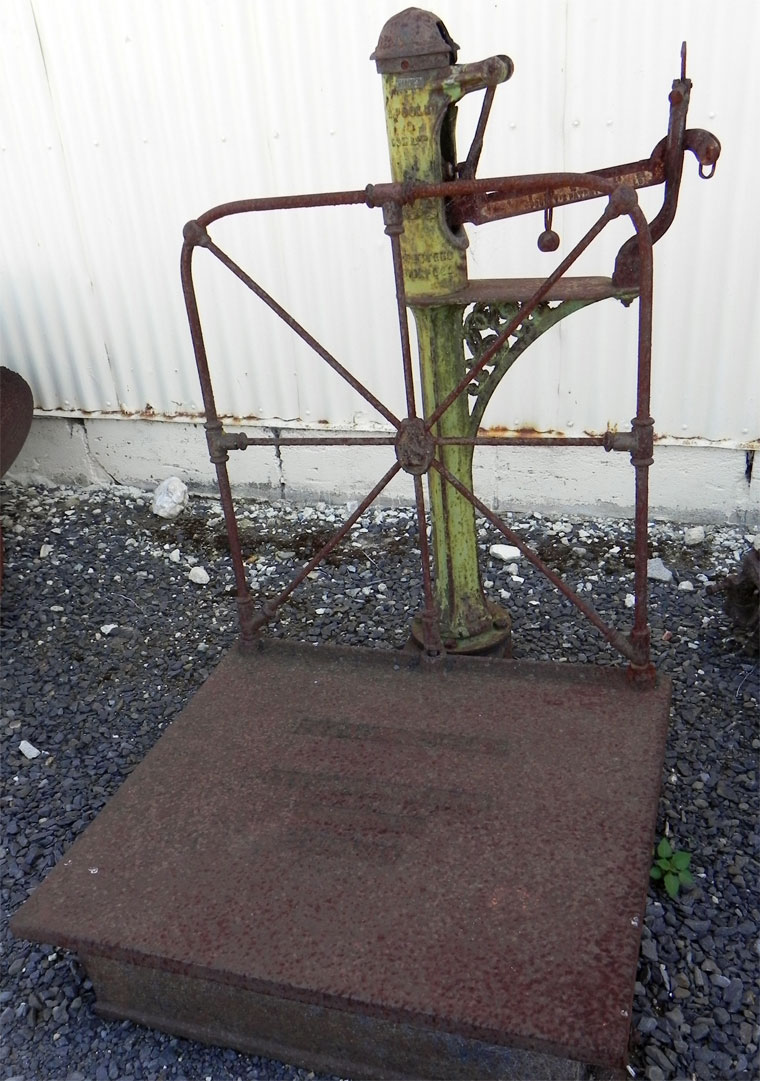 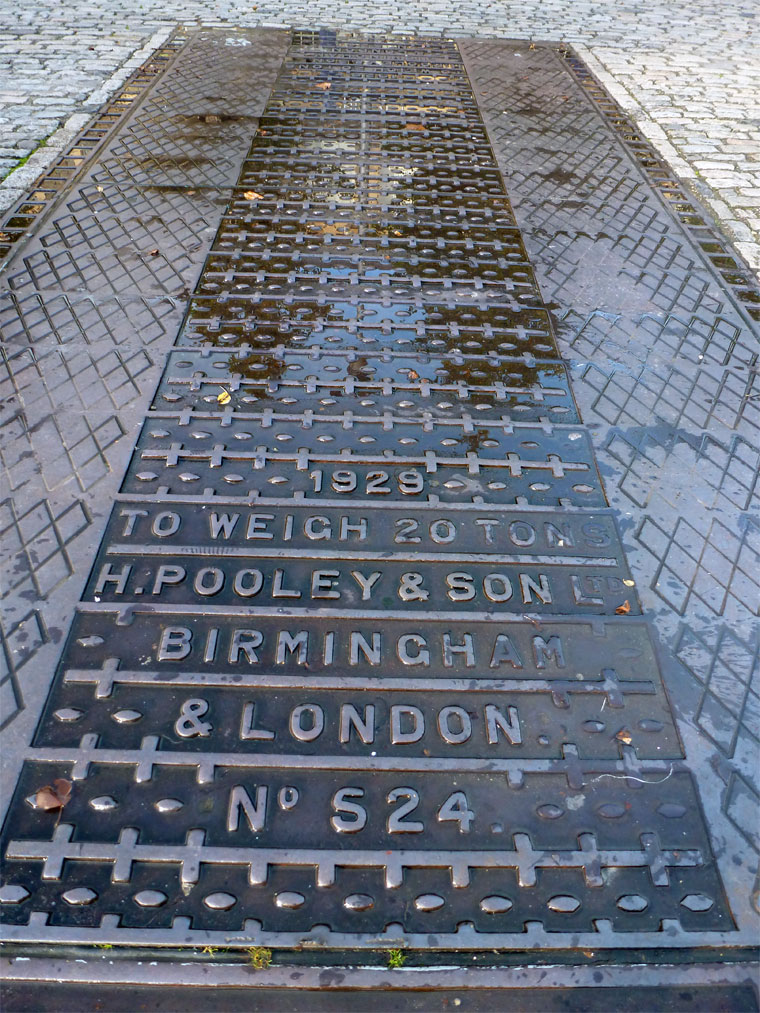 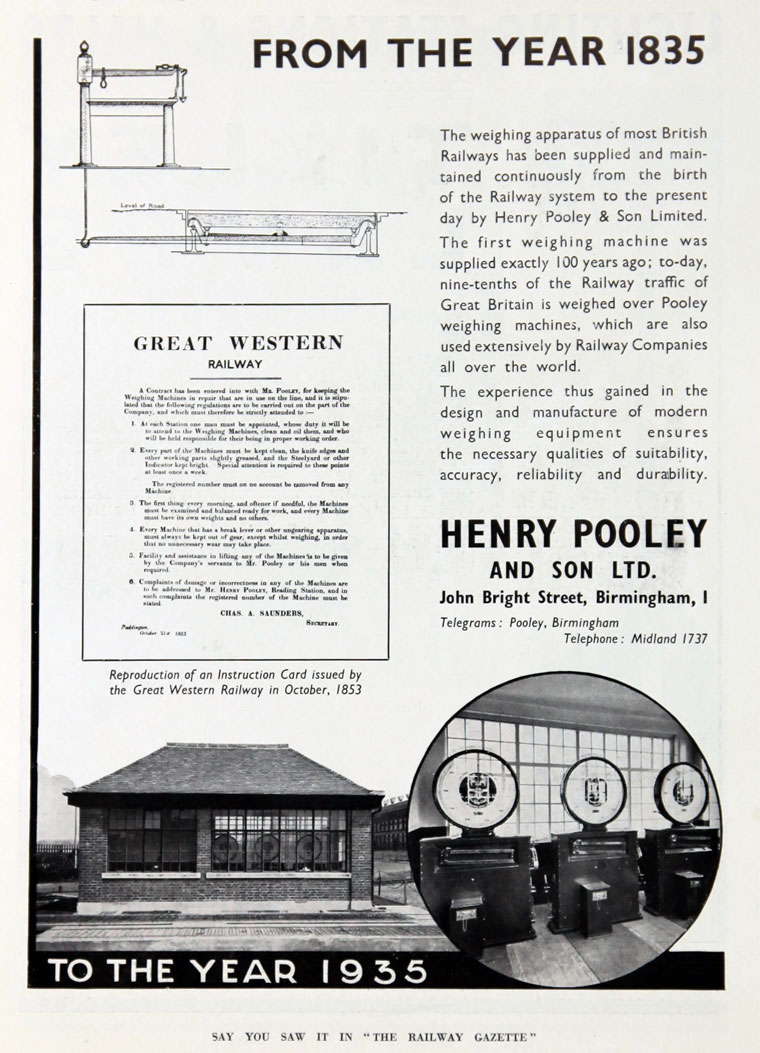 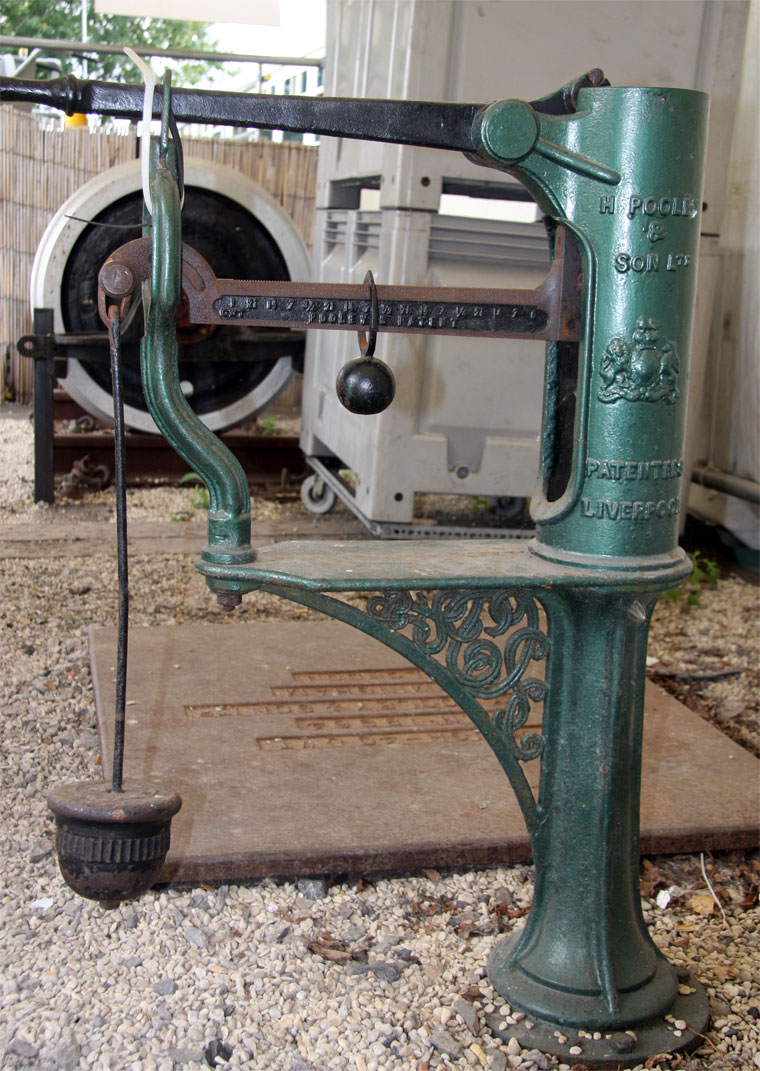 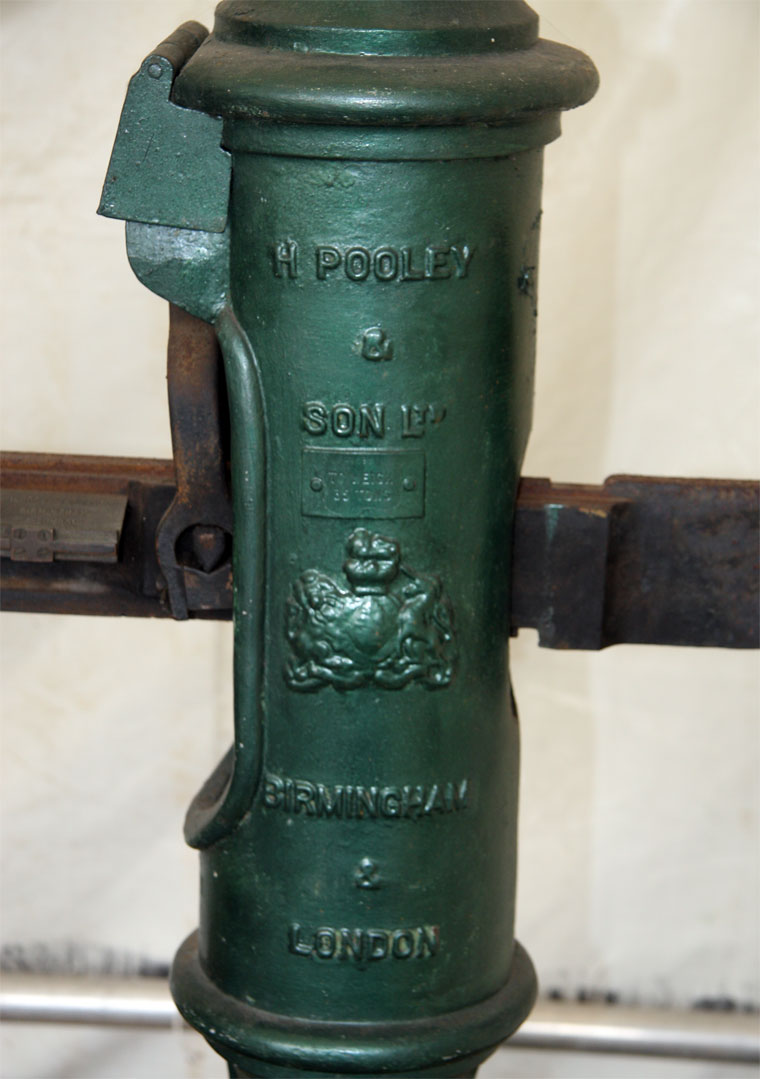 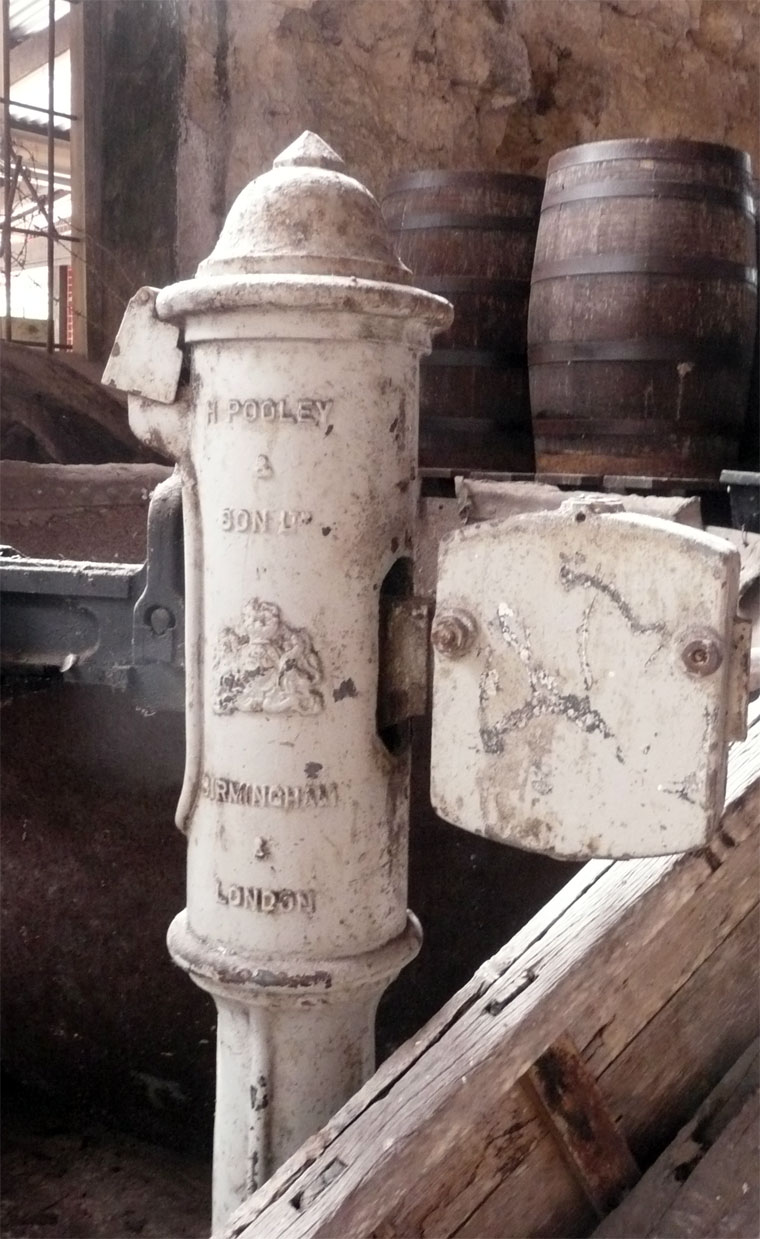 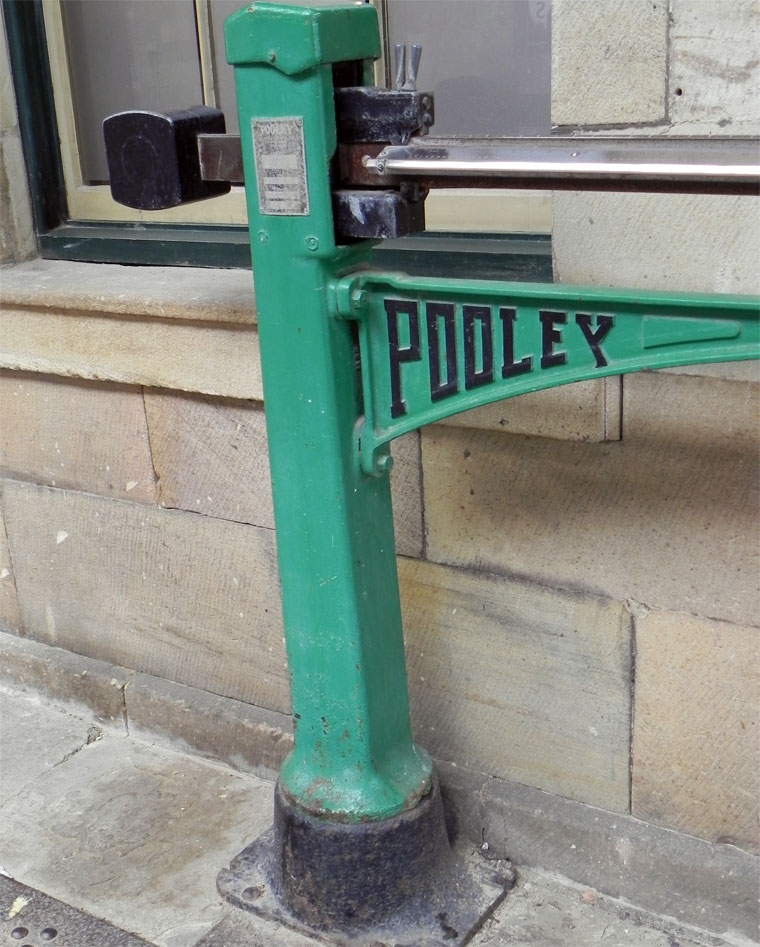 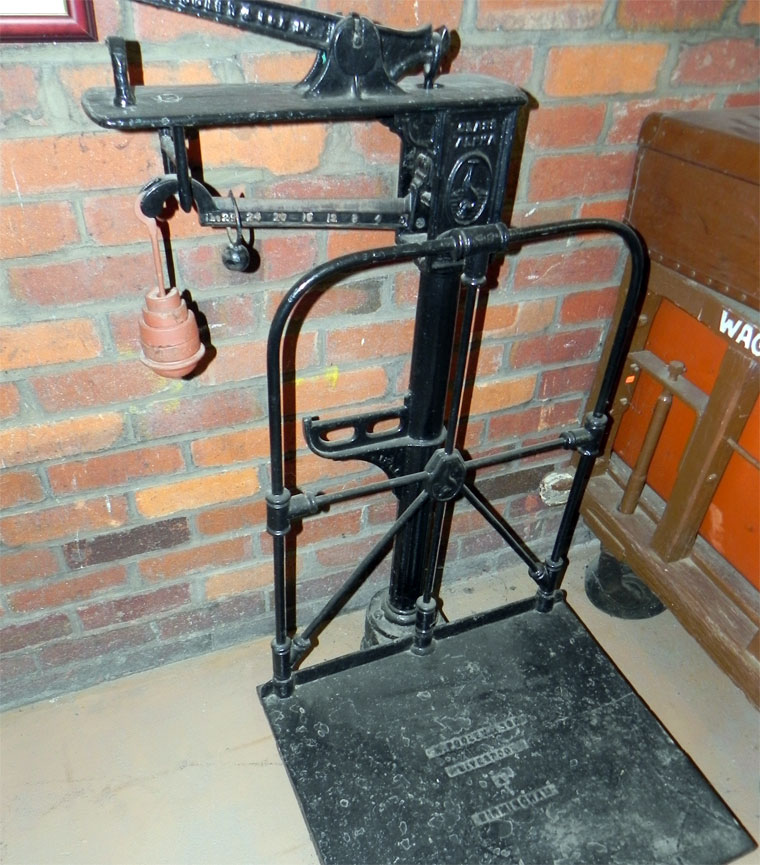 Pooleys were a firm of mechanical engineers, founded in Liverpool in the 18th century. Shown as Pooley of Liverpool in Heath Mill Lane, Birmingham.

c.1830 Henry's son Henry Pooley was admitted to the firm as a partner

c.1835 They started to make platform scales. Their main office was at the Albion Foundry, Liverpool.

1835 Railway weighbridges were introduced by the firm.

Henry Pooley and Son was the biggest manufacturer of weighing machines in its time. They were often used in quarries to weigh rock.

Some machines were shipped to America during the Gold Rush.

1876 Mention that they are not exhibitors at the Royal Agricultural Show at Birmingham of their weighing equipment. [3]

1896 The main works were moved from Liverpool to Kidsgrove, Staffs., and the head office to Birmingham.[5]

1896 Advertisement for sale of equipment at Albion Foundry, including steam cranes and a 45-HP steam engine.[6]

1900 The company was registered on 20 March, to take over the business of weighing machine manufacturers of a private company of similar title. [7]

Works acquired in Smethwick for manufacture of smaller scales.

c.1912 Acquired Bartlett and Son Ltd, enabling the company to make a full range of scales and weighing machines[8]

1923 Patent - A new or improved means for electrically indicating and recording weighments.

1924 Patent - Improvements in and connected with printing or recording mechanism for weighing apparatus.

The 1890 O.S. map[14] shows the irregularly-shaped foundry hemmed in by a variety of smaller buildings in a block surrounded by Dale Street, Manchester Street and Old Haymarket. Close by, with its entrance on the opposite side of Dale Street, was Dale Street Foundry