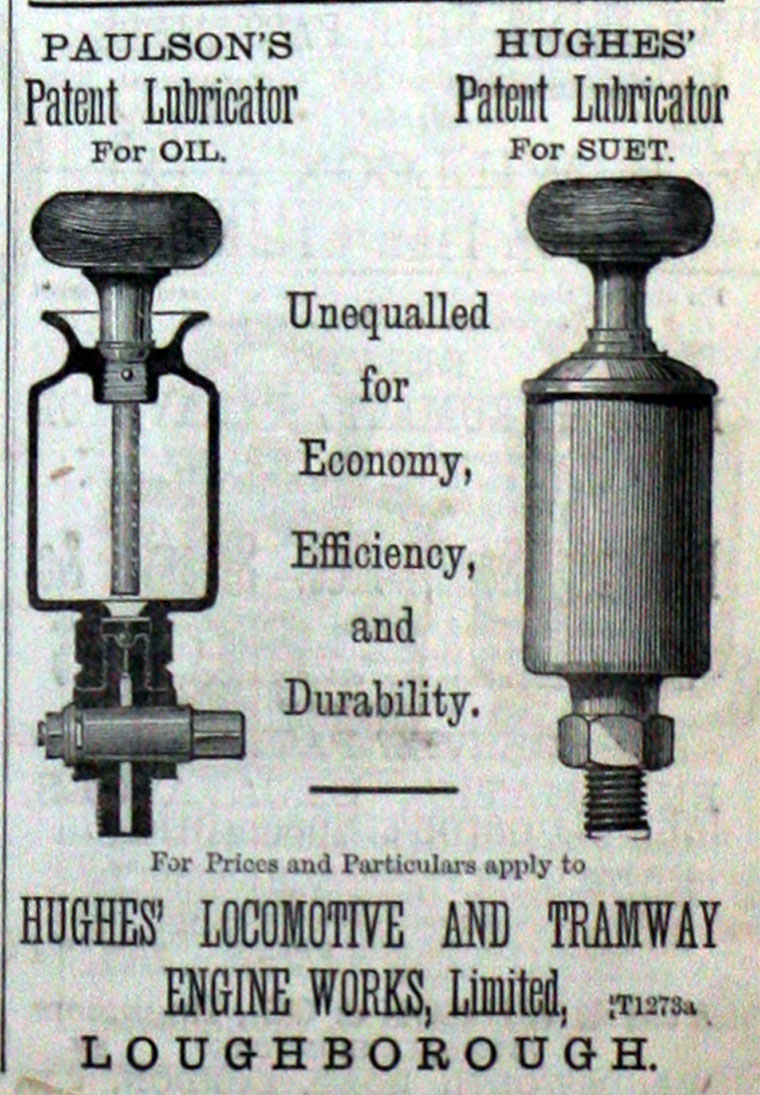 1865 Company founded by Henry Hughes on a seven acre site where he built rail coaches, wagons and horse-drawn tramcars.

Records are very sparse, but it seems that he began producing steam locomotives about 1867 for the Paris Exhibition. His main business, however, was tram engines, lightweight steam engines (usually with condensers) which drew passenger cars, made possible by the Tramways Act 1870. Among these was "The Pioneer" for the Swansea and Mumbles Railway. These were distinct from those tramcars where the boiler and mechanism was integral with the passenger car.

1874 December. Advert. 'Locomotive Tank Engines of different gauges from 2ft to 4ft 8-1/2in to suit colliery, iron works and branch railways. Hy. Hughes and Co, Falcon Works, Loughborough, have enlarged their premises, can supply locomotives of the best material and workmanship at very short notice...'[3]

1882 The Falcon Works were taken over by the Falcon Engine and Car Works.