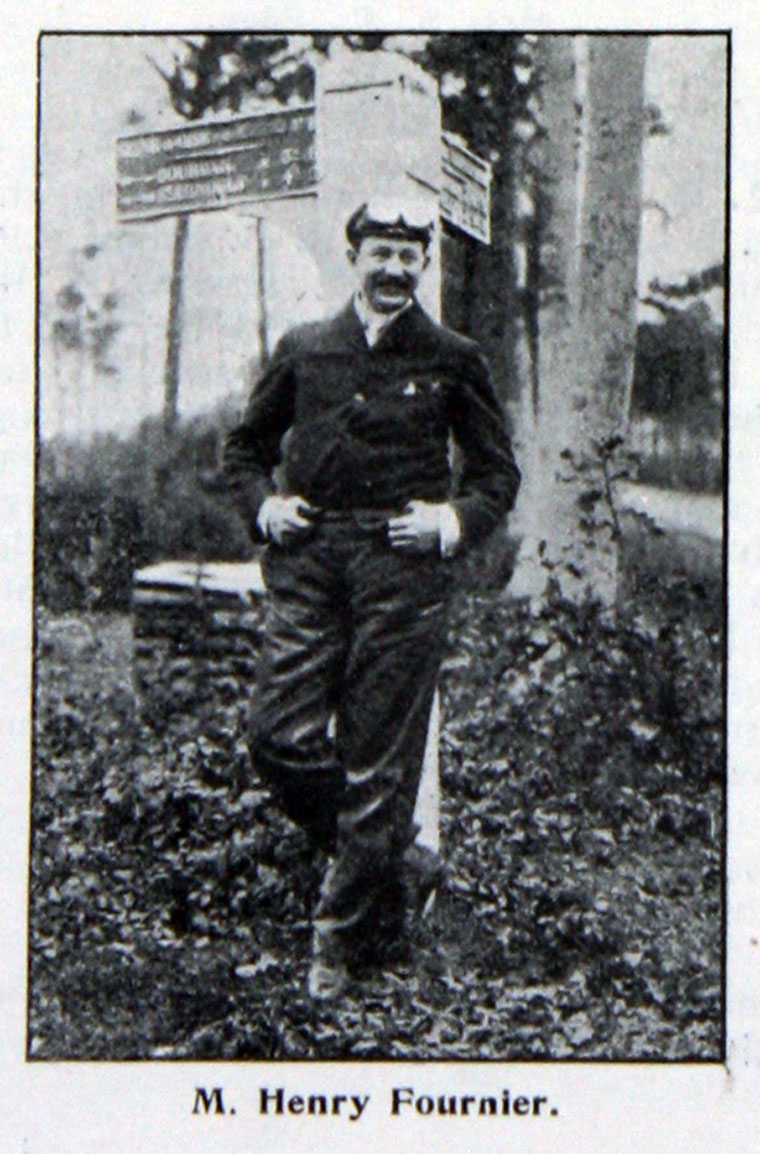 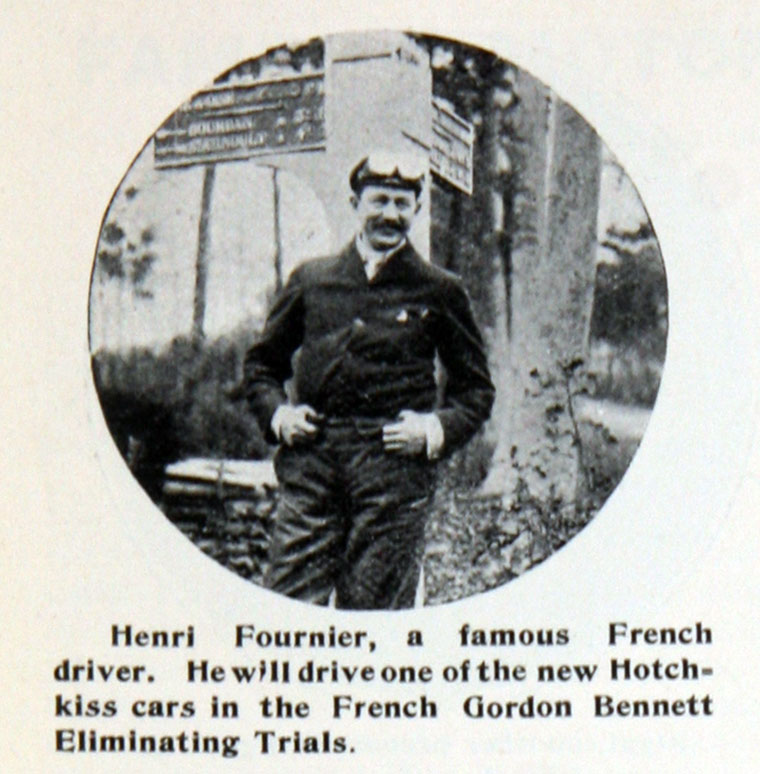 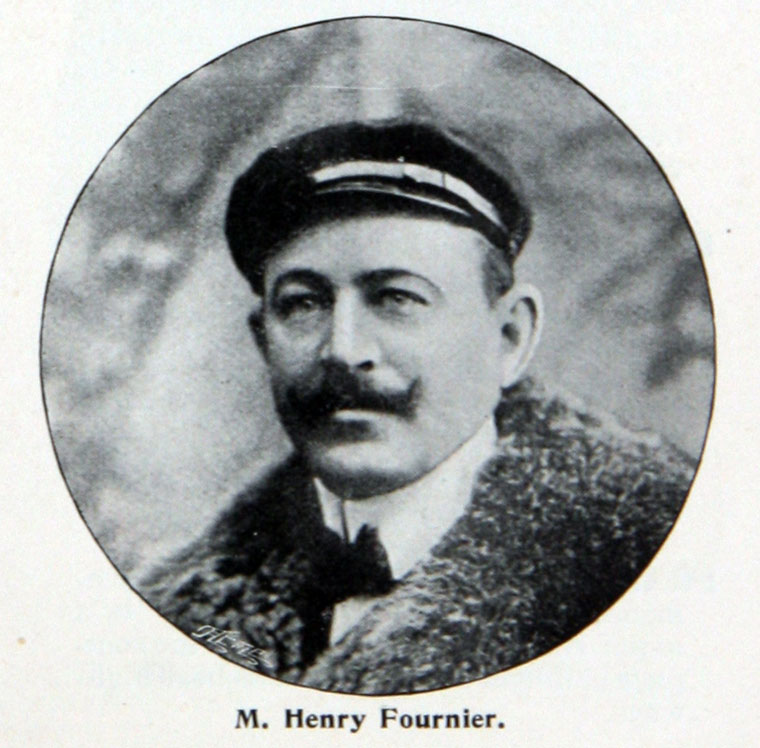 1904 'FOURNIER, M. Henry, the well-known French motor pioneer and champion racer, who was the holder of the world's records for the kilometre and the mile in 1902. His time for the mile was 47.4 seconds, and for the kilometre, 29.2 seconds. Fournier drives a 60-h.p. Mors, also high-powered motor cycles. Is giving up racing.' [1]

1909 'HENRY FOURNIER, is having an aeroplane built by Voisin, on the general lines of the Farman and Delagrange machines. It is being equipped, however, with an Itala engine, and the propeller is so arranged that its speed will be between 1,100 and 1,200 revs, per minute. For this purpose, the propeller is mounted on a secondary shaft, which is geared down from the engine. A minimum of 50-b.h.p. is expected from the motor, which weighs 200 kilograms. Fournier himself is by way of being a heavy-weight, so the machine, when finished, will have to give a good account of its lifting capacity.' [2]

1909 Rheims Aero Meeting. 'perhaps the outstanding performance has been that of Henry Fournier, who, on his Itala engined Voisin machine on Tuesday, on his first attempt at a solo flight, succeeding in circling the parade ground. He then took up M. George Prade, their joint weight being 175 kilograms., and made a fine flight.' [3]