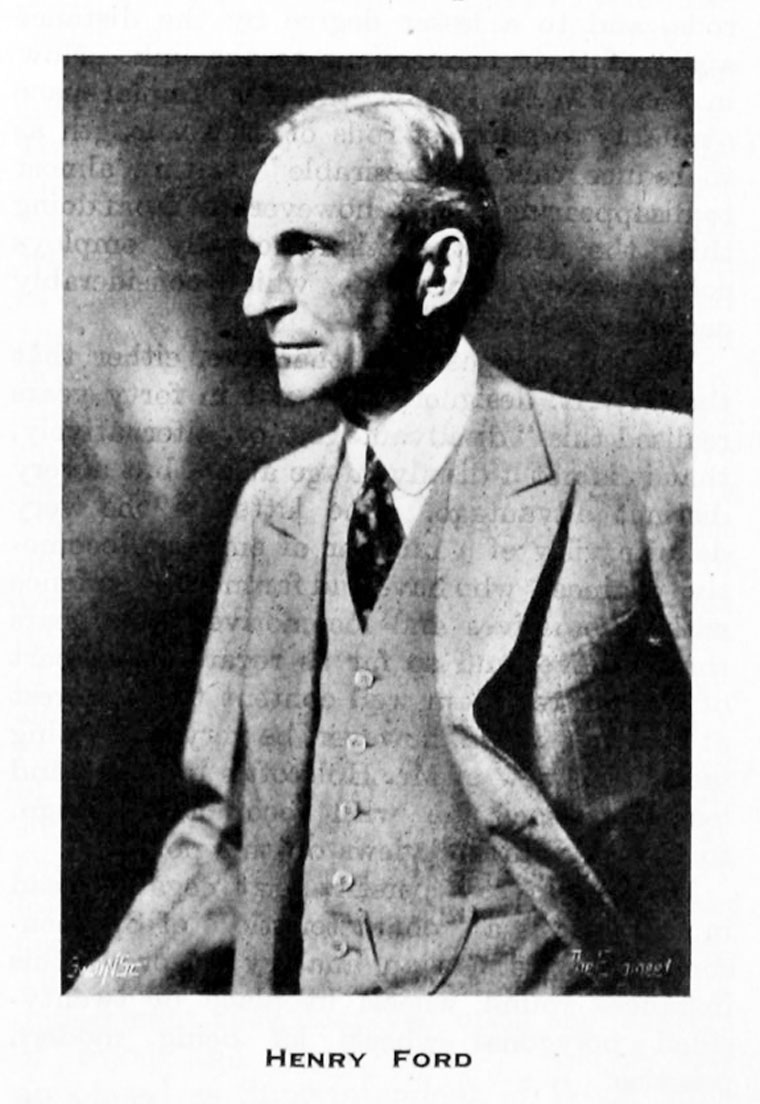 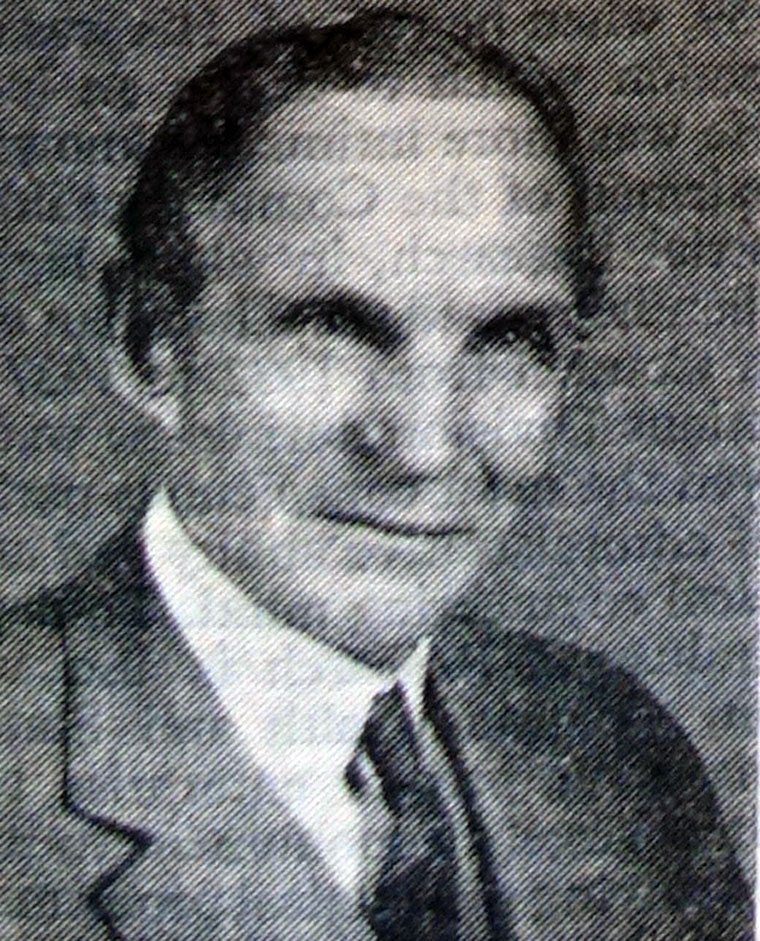 Henry Ford (July 30, 1863 – April 7, 1947) was the American founder of the Ford Motor Company and father of modern assembly lines used in mass production. His introduction of the Model T automobile revolutionized transportation and American industry. He was a prolific inventor and was awarded 161 U.S. patents.

The Model T was introduced on October 1, 1908. It had the steering wheel on the left, which every other company soon copied. The entire engine and transmission were enclosed; the four cylinders were cast in a solid block; the suspension used two semi-elliptic springs.

The car was very simple to drive, and easy and cheap to repair. It was so cheap at $825 in 1908 (the price fell every year) that by the 1920s a majority of American drivers learned to drive on the Model T.

"HENRY FORD was born in 1863 on his father's farm at Dearborn, Michigan, and his understanding of mechanical things showed itself at an early age. At thirteen he was able to put a watch together to run efficiently, and he says in his autobiography, "I thought that I could build a serviceable watch for around 30 cents and nearly started in the business". Already the idea of production in mass was in his mind.

His first ideas centred around the production of a mechanical means to replace the horse as a method of farm traction, but he was frustrated by the weight of the only means of power at that time (the steam engine), and the fact that the public at large would be unlikely to show much interest in a purely agricultural project.

In 1878 in an English JIJ magazine called World of Science, he saw an article on Otto's atmospheric gas engine. From that time his ideas began to take practical shape. In 1890, having built various types of experimental engines, and having decided that for transportation a single cylinder was impracticable because its fly-wheel weighed too much, he started to construct a double-cylinder engine. All through his striving and experimenting, his wife comforted, criticized, and inspired him. He called her "the believer". Her confidence in him, and his untiring invention and energy, were rewarded in the early spring of 1893, when "the gasolene buggy" bounced and clattered from his yard on its first journey through the streets of Detroit. He described it as having two cylinders of 2.5-inch bore and 6-inch stroke, set side by side over the rear axle. They were made of the exhaust pipe of a steam engine and developed about 4 h.p. The power was transmitted by belt to the countershaft (giving two speeds), and from the countershaft to the rear wheel by a chain. The body was suspended on elliptical springs. There was no reverse. The wheels were 28-inch, wire, bicycle wheels with rubber tyres. The balance wheel was cast from a pattern he made, and all of the delicate mechanism was made by himself. Henry Ford discovered a compensating gear was necessary, permitting the same power to be applied to each of the gear wheels when turning corners. The machine altogether weighed about 500 lb. A tank under the seat held three gallons of gasolene which was fed to the motor through a small pipe and a mixing valve; the ignition was by electric spark. The original machine was air-cooled or, more accurately, not cooled at all, and on a run of an hour or more, the motor heated up; he shortly put a water jacket round the cylinders and connected it to a tank in the rear of the car. This car was to transform a continent, and start an industrial empire extending over the four quarters of the globe.

In 1903, he formed the Ford Motor Company. In 1908, Henry Ford himself became controlling owner and President, and pursued his ambition—the production of a motor car that would bring the new form of transportation to the mass of people. He regarded business as basically a service to the public. He foresaw mass-produced, low-priced cars with standardized parts, while the idea seemed absurd to his contemporaries, seeing that it involved mass producing an article of 5,000 parts. He produced "The Universal Car" in the autumn of 1908. Henry Ford's genius lay in his infinite capacity to pursue an idea. It was in his conception of producing precision-engineered articles of quality in enormous quantities that Henry Ford made his greatest contribution to the field of engineering. As a fighter he fought fairly and without a grudge; he was modest and kindly also. Of the many reasons for his outstanding achievements, perhaps the overriding one was his simple philosophy of service.