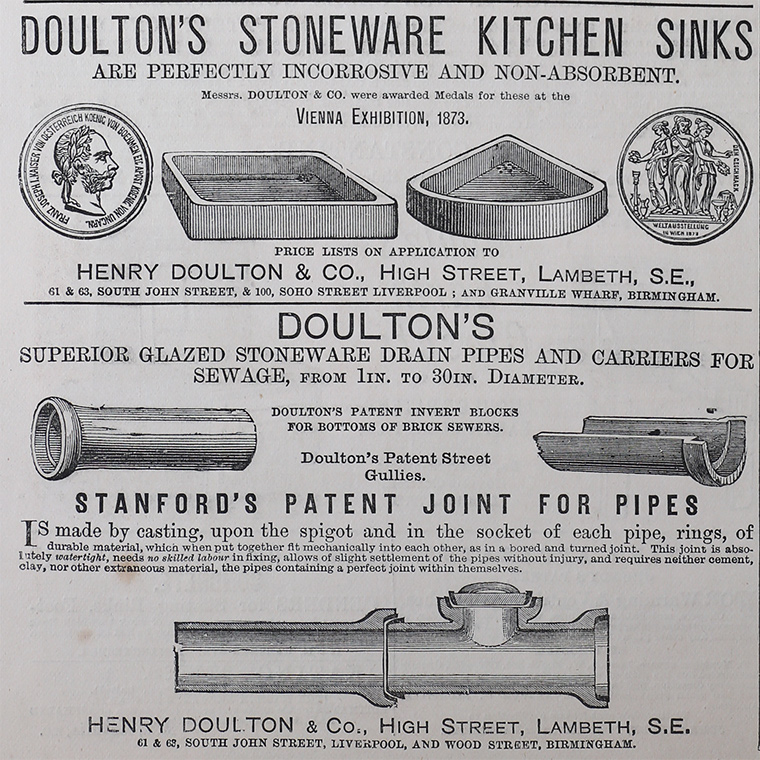 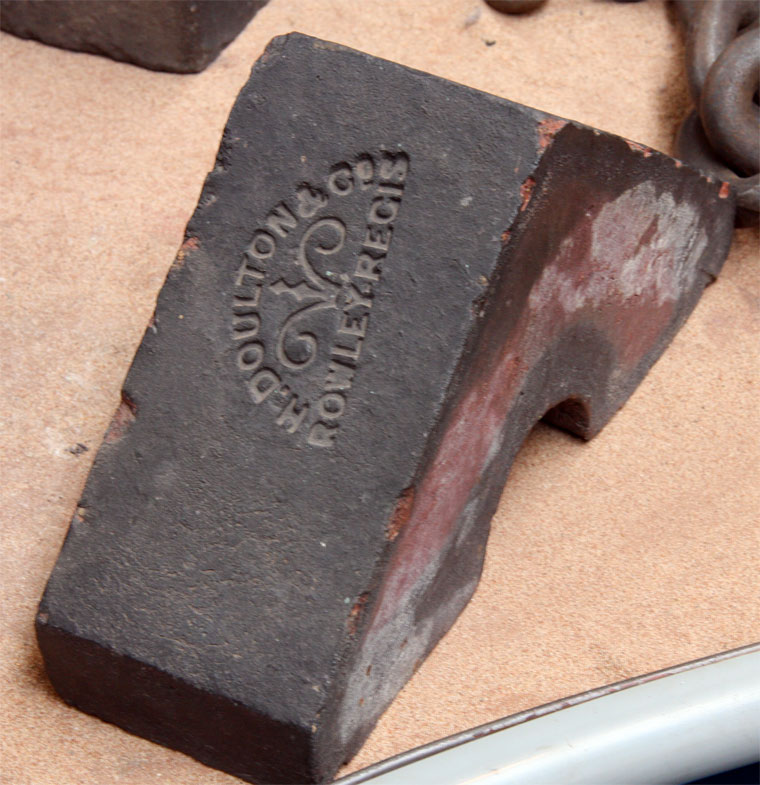 1846 Henry Doulton, having learnt about the pottery business from working in the family partnership of Doulton and Watts, left home to start his own branch of the business, making ceramic pipes for the sanitary market. It was the first factory to provide such products, meeting the rising demand for effective sanitation[1].

1848 acquired additional premises in Dudley, and subsequently works in Smethwick and Rowley Regis.

1851 Doulton and Watts and Henry Doulton and Co were jointly awarded a prize at the Great Exhibition.

1851 The workmen, and their wives, of both Doulton and Watts and Henry Doulton and Co of Lambeth Potteries were treated to a visit to the Great Exhibition[2].

1867 Henry Doulton presented the first examples of his art pottery at the Paris Exhibition.

At some point the 3 businesses of Doulton and Watts, Henry Doulton and Co and the independent pipe works owned by Henry's brother, John Doulton, junior, were brought together.

1873 Medals of merit at the Vienna Exhibition for H. Doulton and Co of Lambeth Pottery and Doulton and Watts of 28 High St, Lambeth[4]

1877 The Doultons acquired a small factory from Pinder, Bourne and Co at Nile Street in Burslem, Stoke-on-Trent, Staffordshire – a facility that handled tableware as well as ornaments and earthenwares. The company was soon producing bone china at this factory. This led to a large and increasing home trade, not only in earthenware but also in china.

Introduced novel and artistic decorations which led to increasing renown for the Burslem wares.

1899 On 1 January Doulton and Co became a public company, incorporating various Doulton companies including presumably Henry Doulton's. The drain pipe factories at Lambeth and Rowley Regis were the largest in the world[8].