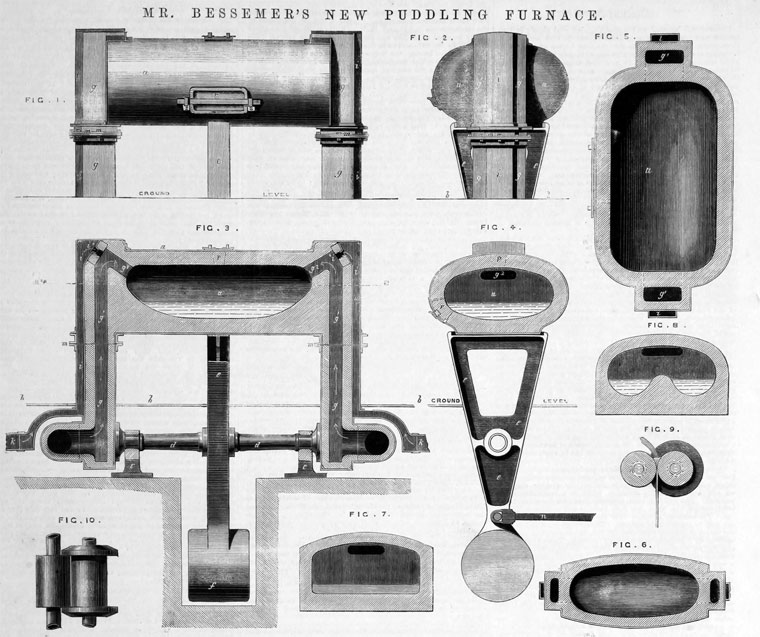 1813 Henry Bessemer was born in Hertfordshire.

1858 Company established by Henry Bessemer, making the steel to which his name was given, at the Bessemer Steel Works in Carlisle Street, partnered by William Galloway, the Manchester engineer, Robert Longsdon, and William Daniel Allen. At first the output was insignificant, but gradually the magnitude of the operations was enlarged until the competition became effective, and steel traders generally became aware that the firm of Henry Bessemer and Co was underselling them. Many soon applied for licences but Bessemer and Longsdon refused a licence to Robert Forester Mushet of Coleford.

1877 The company was registered on 27 March, to take over the business of the firm of the same name, steel manufacturers.

1877 The Partnership was dissolved[1]

1903 Acquired works in Bolton - previously of the Bolton Iron and Steel Co.