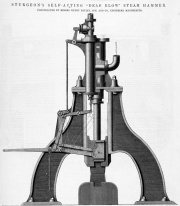 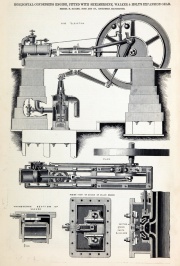 1867 'Starting a New Engine. — Messrs. Henry Bayley, Sons, and Co., of Manchester, have lately erected their first engine, upon the premises of Messrs. Donnel, High-street. It is of 60 horse power, and is very highly spoken of. To commemorate the interesting event, a dinner was held at the house of Mr. H. H. Buckley, Feathers Inn, on Monday evening, when about 40 gentlemen were present. Mr. Donnel, sen., occupied the chair, and Mr. John Maguire, from the firm of Messrs. Henry Bayley, Son, and Co,, occupied the vice chair. Mr. Samuel Medcalf, organist of St. John’s, presided the piano, and a party of glee singers from the same place were also in attendance. .....'[1]

1870 Advertisement: 'NOTICE. The late Licencees of Sturgeon's Patent Dead Blow Hammer, Messrs Henry Bayley, Son. and Co.. having retired from their engineering business, have TRANSFERRED their STEAM HAMMER BUSINESS and PLANT to CHATWOOD, STURGEON, & Co., Engineers, &c., Lancashire Steam Hammer Works, Bolton, to whom future all communications should addressed. C. S. and Co. are prepared to execute orders for hammers of the usual sizes at a few days notice.'[3]

1874 Advert: 'MESSRS. G. PLANT & CO. (late Henry Bayley, Son, and Co.), ALBION IRON AND BOILER WORKS, Hulme Hall Lane, Miles Platting, Manchester, Makers of the Crosland, Galloway, Cornish (single or two flued), Vertical, and every description of Stationary, Steam, and Hot-water Boilers. All orders executed quickly, and at moderate prices. All kinds of Lap-welded Wrought-iron Boiler Tubes; Conical, Parallel, Cop Tubes for Shepherd's Patent Boilers; Oval, Elbow, Junction, &c., made with the utmost despatch and accuracy by competent workmen. Pans, Tanks, &c., of all sizes and descriptions made. Boiler and other repairs done promptly and efficiently at reasonable prices. Estimates, price list of tubes, and all further particulars, obtained on application to the above address.' [4]