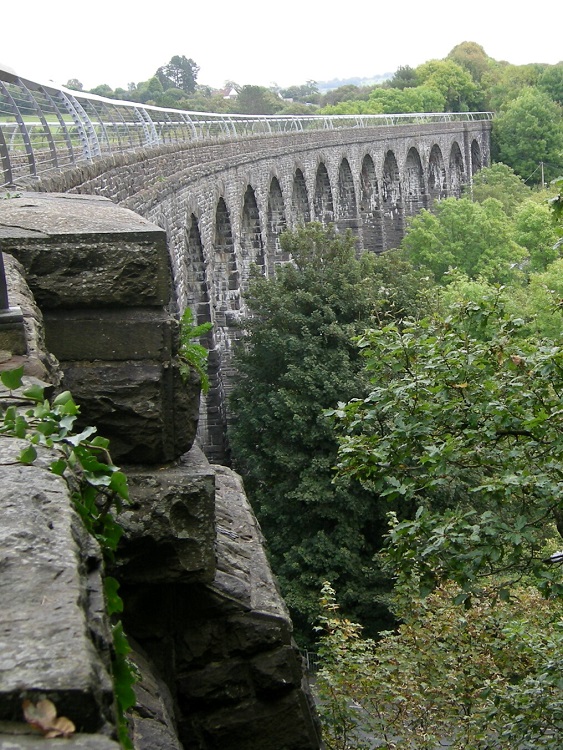 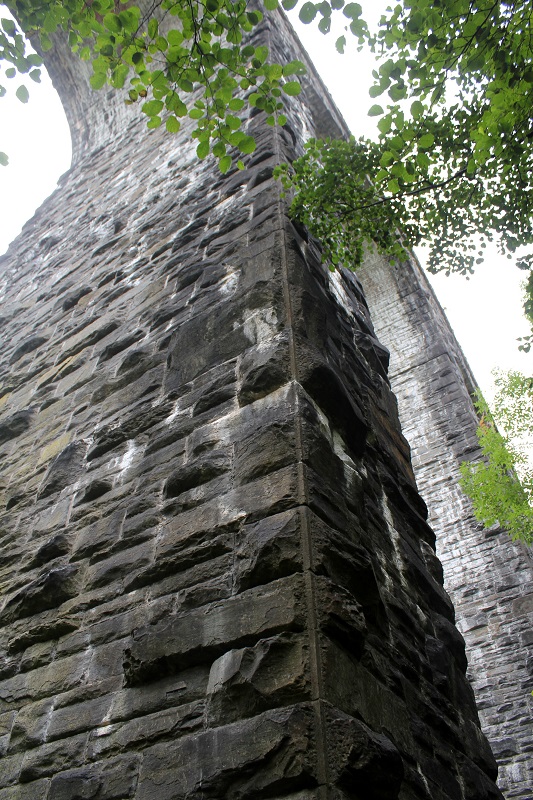 Crosses the Rhymney Valley at Maesycwmmer, Hengoed, north of Caerphilly.

Originally referred to as the "Rhymney Viaduct" it was also known as the "Maesycwmmer Viaduct".

This Viaduct was on the "Taff Vale Extension" before the line was opened in 1858.

Construction was undertaken by the Newport, Abergavenny and Hereford Railway under its chief engineer Charles Liddell. Thomas William Kennard won the design contract. Rennie and Logan were the contractors. Work started in 1853, and opened for commercial traffic on 11th January 1858.

The piers taper from 10 feet wide at the base to 5 feet 6" at the arch springing level. The deck is 120 feet above the river.

Grade II* listed. Now owned by Railway Paths Ltd, it is in the National Cycle Network and is part of the Celtic Trail.