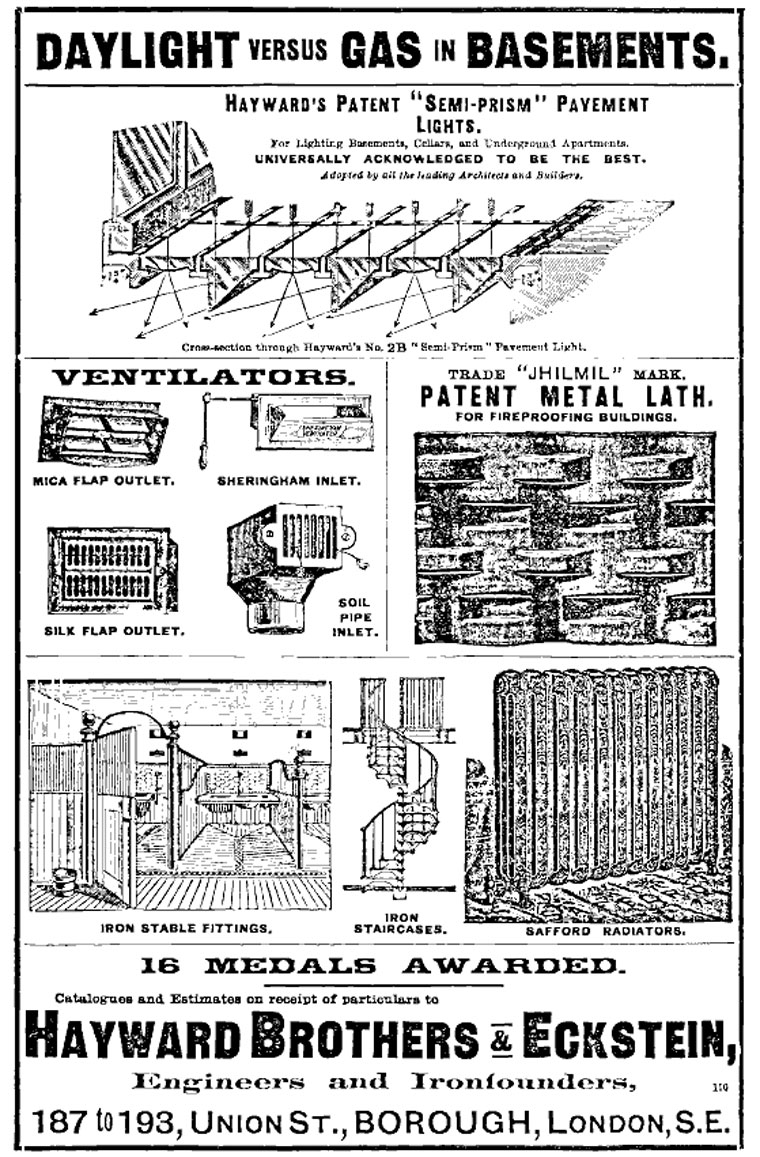 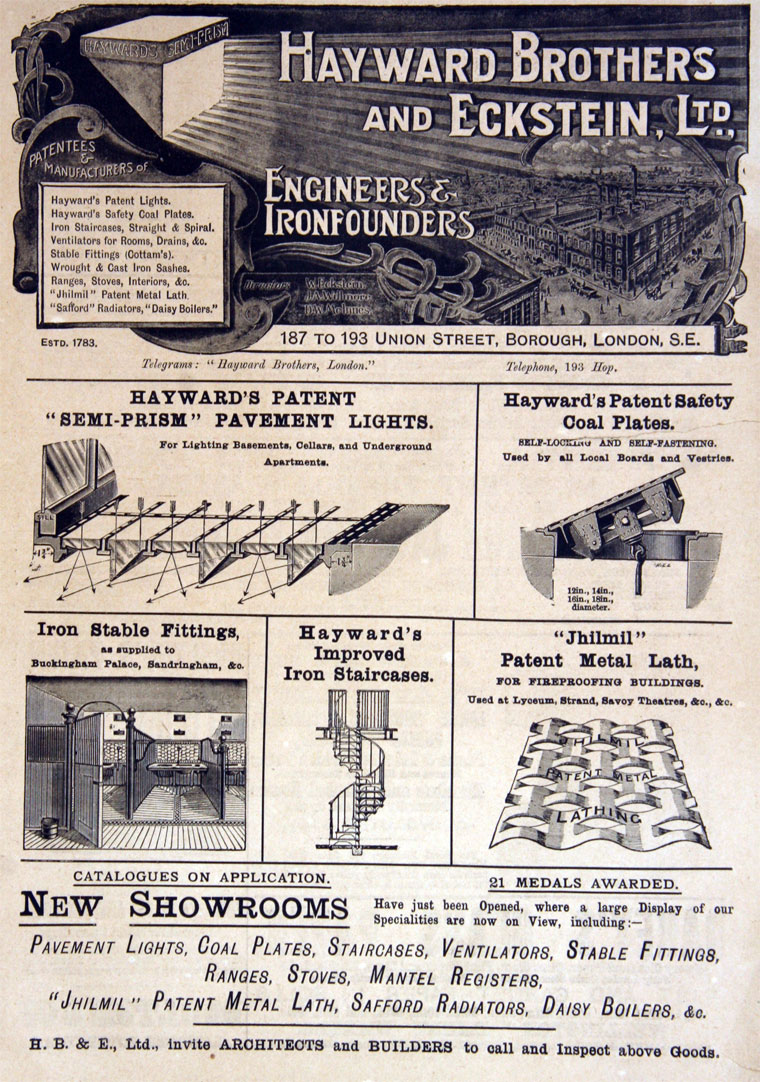 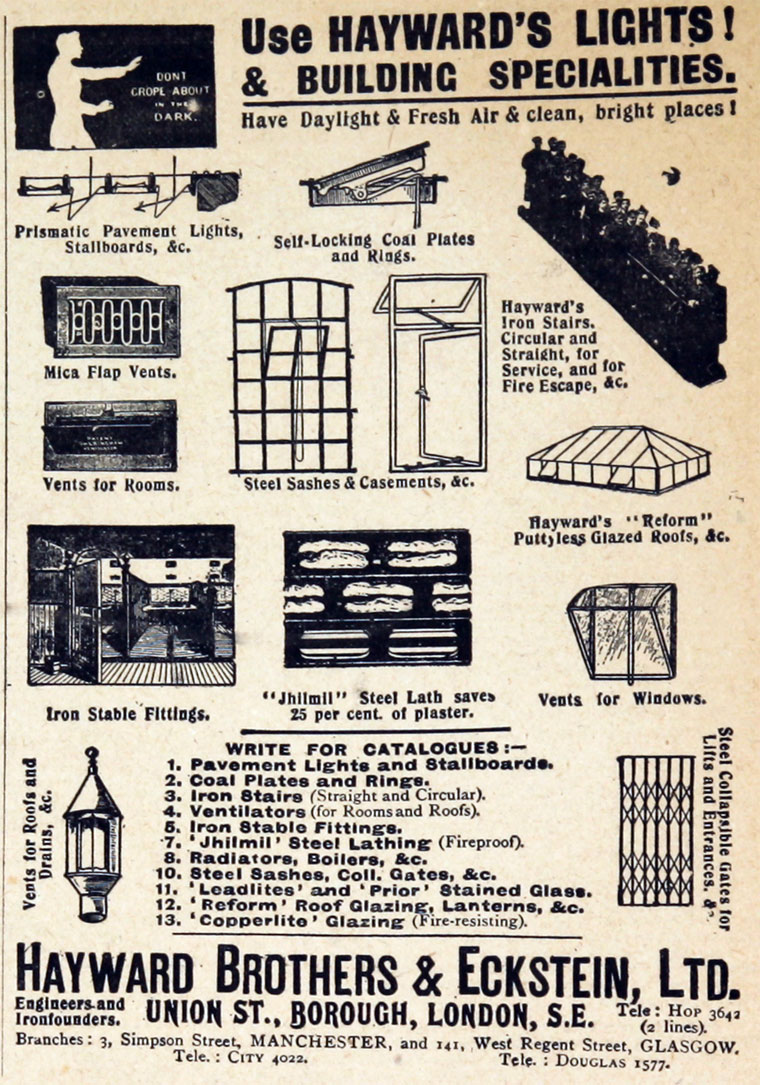 1890 Mention in connection with the Southwark Foundry Co. '...by William Hayward and William Eckstein, trading as Hayward Brothers and Eckstein, of Union-street, Southwark, Surrey, Engineers, creditors of the said Company...'[1]

1896 Incorporated as a limited company