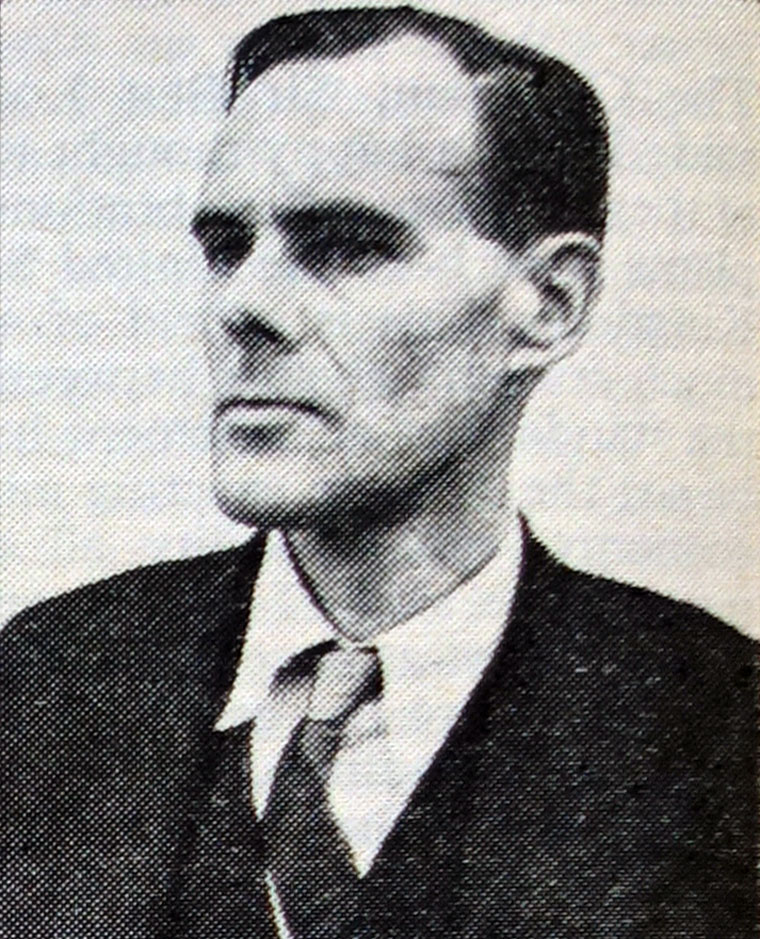 1928 Joined the engine department of the Royal Aircraft Establishment (RAE), Farnborough, working on carburettors, dynamometers, and the effects of vibration on aircraft.

1936 returned to RAE where he was put in charge of the supercharger section under Dr A. A. Griffith, head of the engine department.

1937 a prototype of Frank Whittle's turbojet engine, made by Power Jets Ltd, was tested. Constant saw the Whittle scheme as applicable only to short-range high altitude fighter aircraft

1939 at the outbreak of war, Constant suggested to Power Jets that a jet engine with the flow passing straight through an axial compressor, an annular combustion chamber, and axial flow turbine should be jointly developed.

In the event Constant's scheme was developed and built by Metropolitan-Vickers. A quick redesign in early 1940 resulted in the Metrovick F.2, which ran for the first time later that year.

1943 The F.2 was ready for flight tests with a thrust of 2,150 lbf, and flew as replacement engines on a Gloster Meteor, the F.2/4 in November. The smaller engine resulted in a design that looked considerably more like the Me 262, and had improved performance. Nevertheless the engine was considered too complex, and not put into production. The engine became the prototype of the modern jet engine. It was Constant's most important individual contribution to aircraft propulsion.

He made other contributions including his rule for determining the flow angle leaving a cascade of compressor blades, the specification and layout of other axial flow jet engines, and his leadership of the research and development programme which continued at RAE after he became head of the engine department in 1941, and then later at Pyestock near Farnborough after the end of the war.

1944 much to Constant's dismay, the division was transferred from RAE to merge with Power Jets Ltd as a nationalized company: Power Jets (Research and Development) Ltd.

1946 This became the National Gas Turbine Establishment based at Pyestock with Constant as deputy, then director.

1948 Constant was elected fellow of the Royal Society and won the James Clayton prize of the Institution of Mechanical Engineers.

1960 Constant reluctantly left Pyestock to become scientific adviser to the Air Ministry and then chief scientist (RAF), Ministry of Defence (1964).

1963 he was awarded the gold medal of the Royal Aeronautical Society.

Mr. HAYNE CONSTANT was trained at Cambridge University, and after a year's post-graduate research on crankshaft stiffness for the Aeronautical Research Committee he joined the Royal Aircraft Establishment in 1929. His work there included the flight testing of exhaust gas turbines, the study of aircraft vibration (for which he received the Busk Memorial Prize of the Royal Aeronautical Society), and the operation of engines at abnormally weak mixtures.

In 1934 he went to the City and Guilds College to give a post-graduate course on aeroplane engines.

In 1936 he returned to the Royal Aircraft Establishment and immediately started work on axial compressors and the internal combustion turbine.

In 1941 he was made head of the Engine Department and became responsible for directing the activities of the department towards the new objectives raised by the emergence of the turbine engine.

In 1944 he joined the new Government controlled company, Power Jets (Research and Development), Ltd., as head of its Research Department.

In 1946 this company was transformed into the National Gas Turbine Establishment and Mr. Constant became Deputy Director (Research).

In 1947 he was awarded a James Clayton prize by the Institution of Mechanical Engineers for his work on the gas turbine.

Mr Constant was trained at Cambridge University and joined the Royal Aircraft Establishment in 1929. His work there included the flight testing of exhaust gas turbines and the study of aircraft vibration (for which he received the Busk Memorial Prize of the RAeS).

After a short time at the City and Guilds College, he returned to the RAE and in 1941 was made Head of the Engine Department. Three years later he joined Power Jets Ltd, as Head of the Research Department. In 1946 he became Deputy Director of the National Gas Turbine Establishment and was appointed Director in 1948. He was elected a Fellow of the Royal Society that same year.

A Member of the Institution since 1946, Mr Constant was awarded the James Clayton Prize in 1947 for his work on gas turbines.

It is with deep regret that the Institution records the death of such a distinguished engineer and friend.