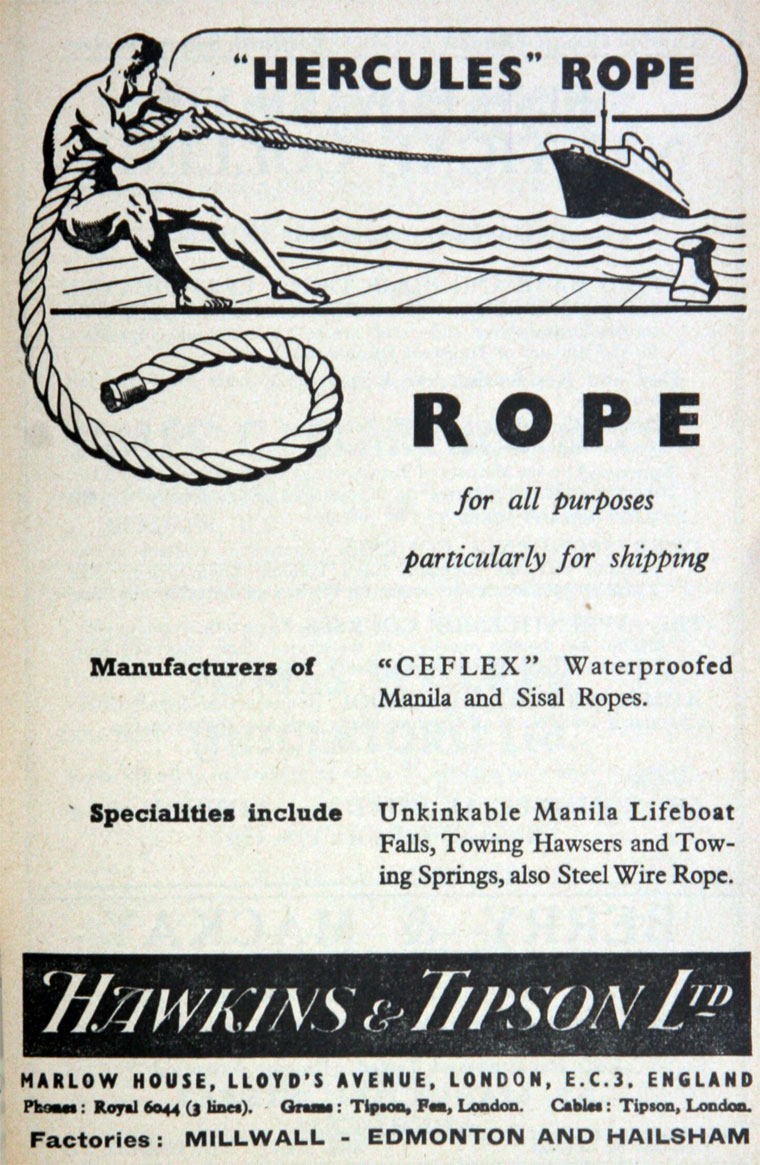 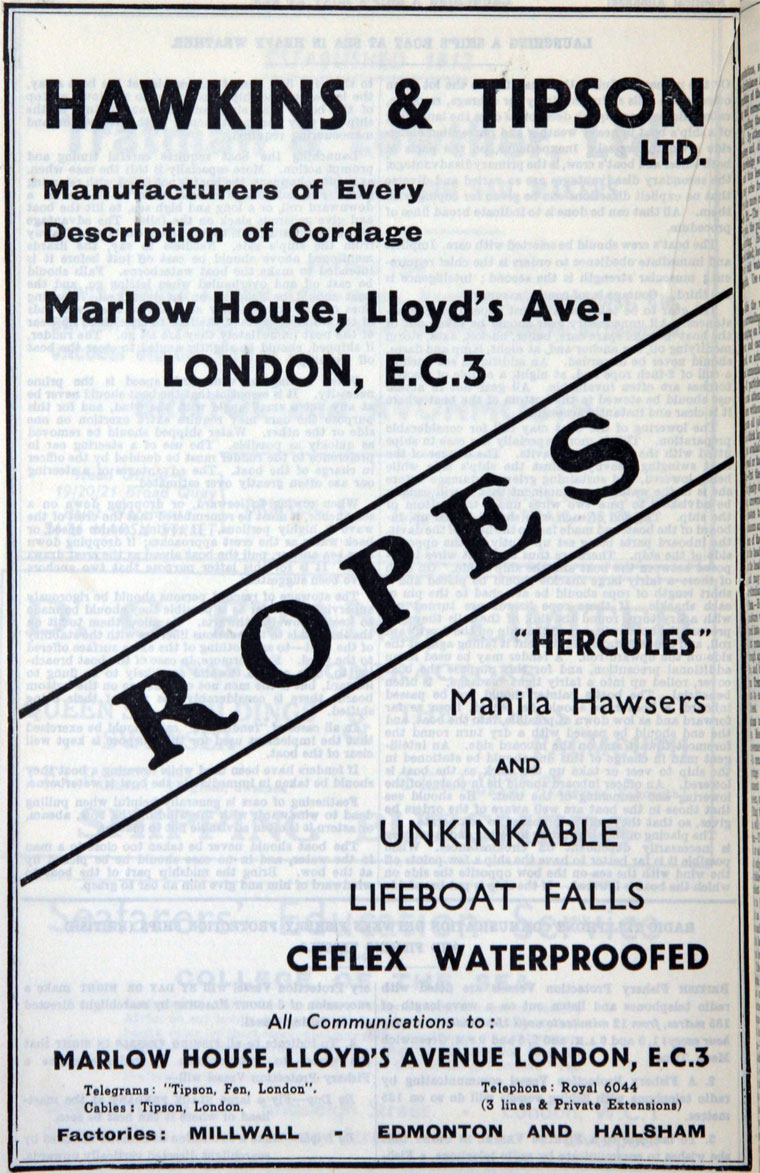 George Hawkins of Clapham Common, who advanced capital of £15,000, and his son, Alfred Tolhurst Hawkins, went into partnership with Charles H. Tipson, who was formerly with the ropemakers Frost Brothers of Cable Street.

Post WWII: The integration of the rope-making industry following the Second World War included a series of mergers and acquisitions by which the firm grew into the Hawkins and Tipson Group of companies.

1971 The Globe Works had become increasingly unsuited to the operation of modern equipment and was closed in 1971, the business moving to Hailsham, Sussex.

1983 Had developed Kevlar-based ropes which were expected to have potential applications in the offshore oil industry. Acquired by Evered Holdings[1]