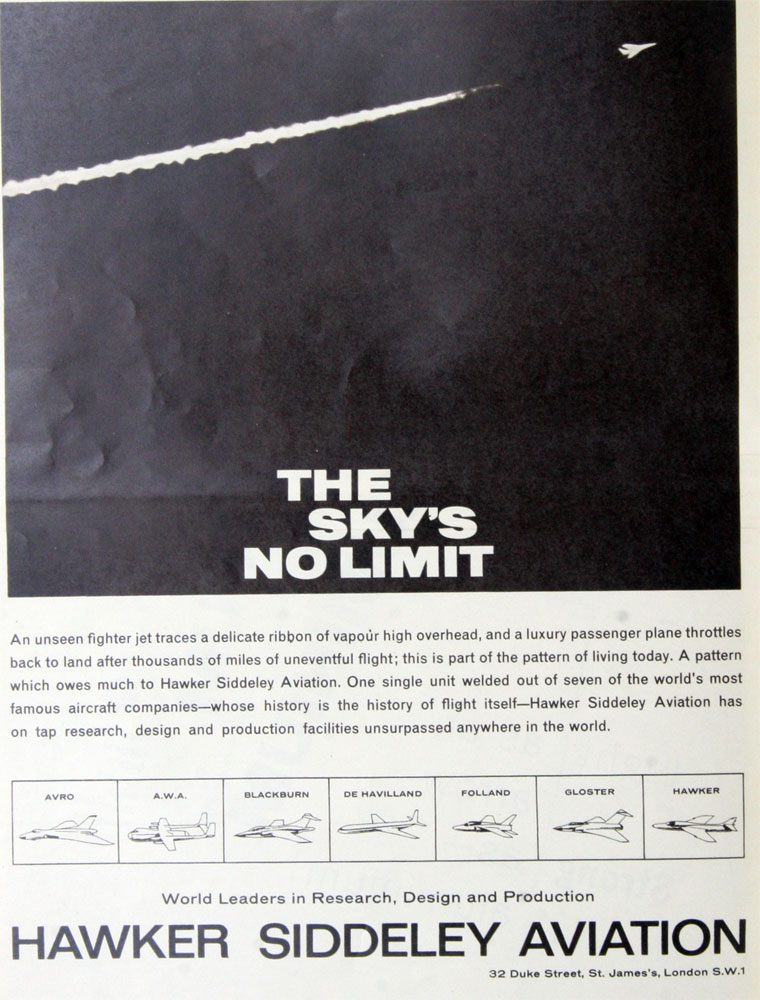 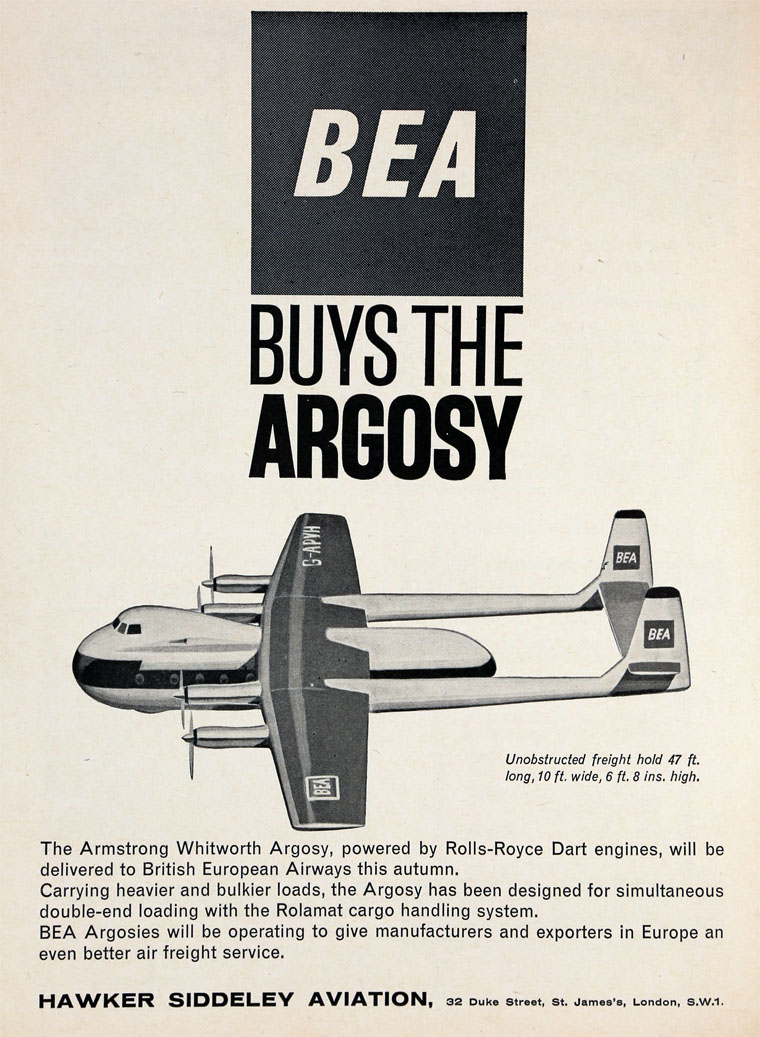 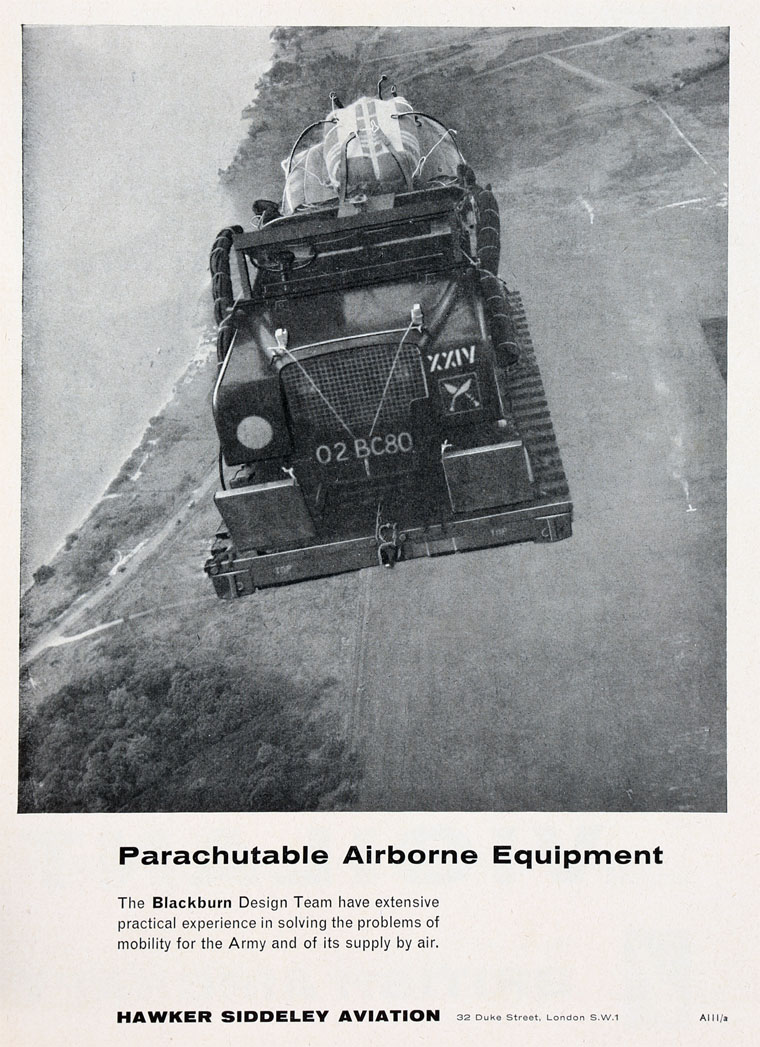 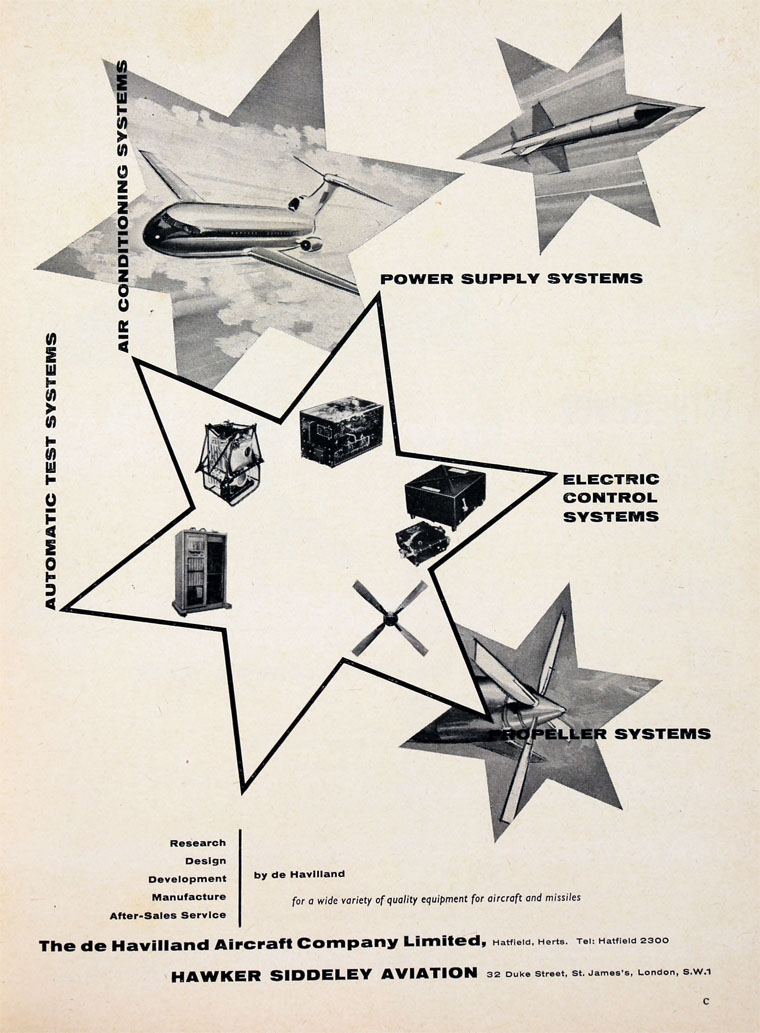 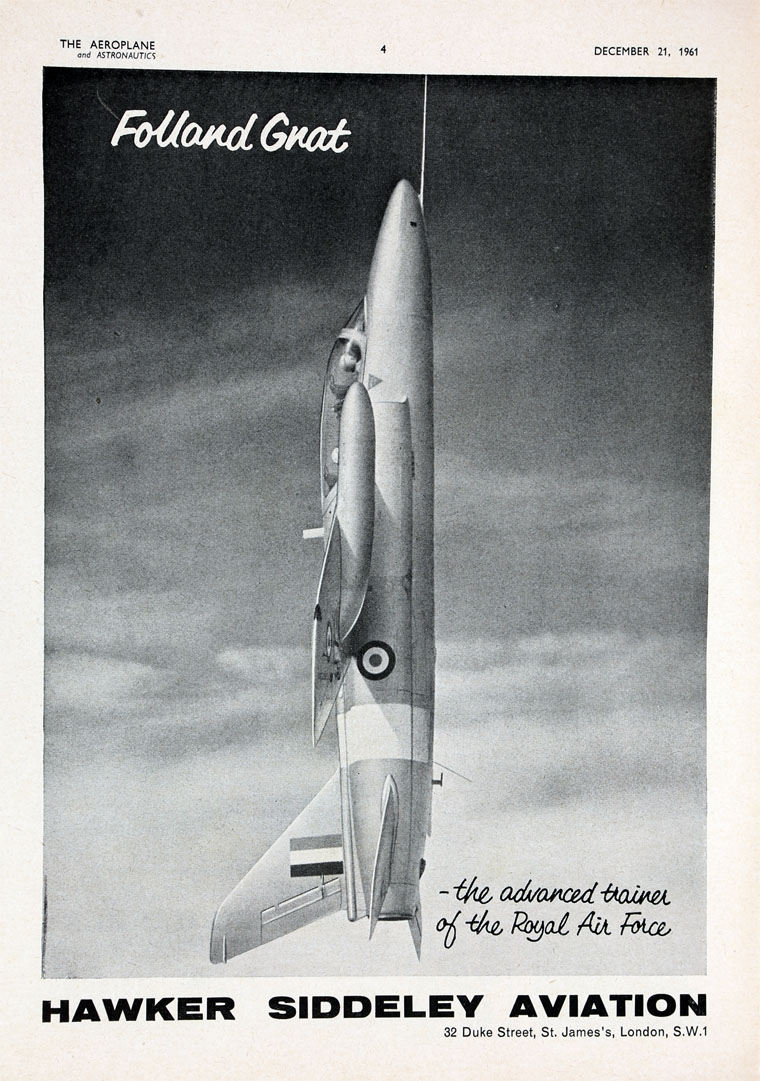 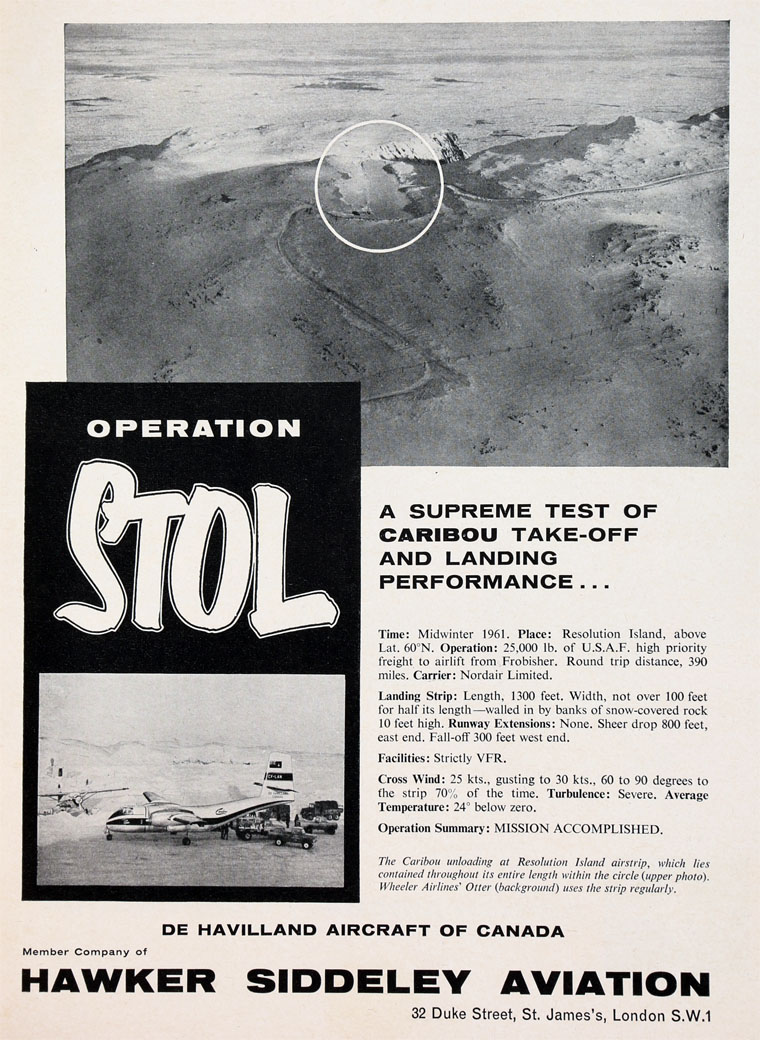 1958 In the late 1950s the British government had decided that, with the decreasing number of aircraft contracts being offered, it was better to merge the existing companies, of which there were about 15 surviving at this point, into several much larger firms. Out of this decision, came the "order" that all future contracts being offered had to include agreements to merge companies. Hawker Siddeley merged all its aviation interests into one division, Hawker Siddeley Aviation; these companies were Hawker, Avro, Gloster, Armstrong Whitworth and Armstrong Siddeley[1].

1963 The names of the constituent companies were dropped, with products being re-branded as Hawker Siddeley or "HS". In this period, the company developed the first operational and most successful VTOL jet aircraft, the Harrier family. This aircraft remained in production into the 1990s and remains in service.

1977 29 April: As a result of the Aircraft and Shipbuilding Industries Act, Hawker Siddeley Aviation (HSA) and Hawker Siddeley Dynamics (HSD) were nationalised and merged with British Aircraft Corporation (BAC) and Scottish Aviation to form British Aerospace (BAe). By this time HSA and HSD accounted for only 25% of the Hawker Siddeley business.