Grace's Guide is the leading source of historical information on industry and manufacturing in Britain. This web publication contains 138,150 pages of information and 223,040 images on early companies, their products and the people who designed and built them. 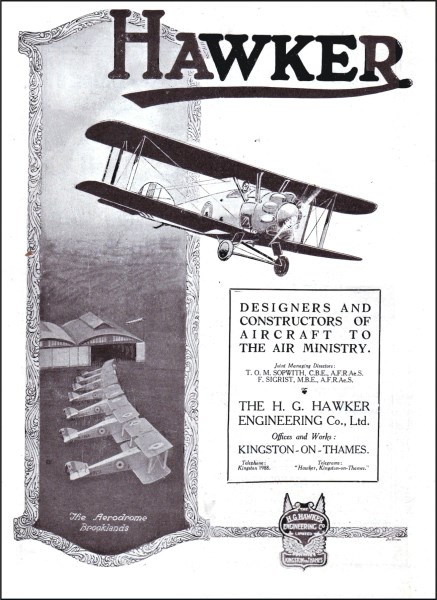 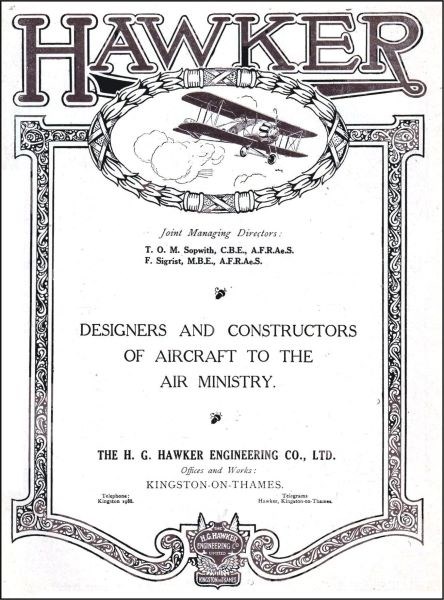 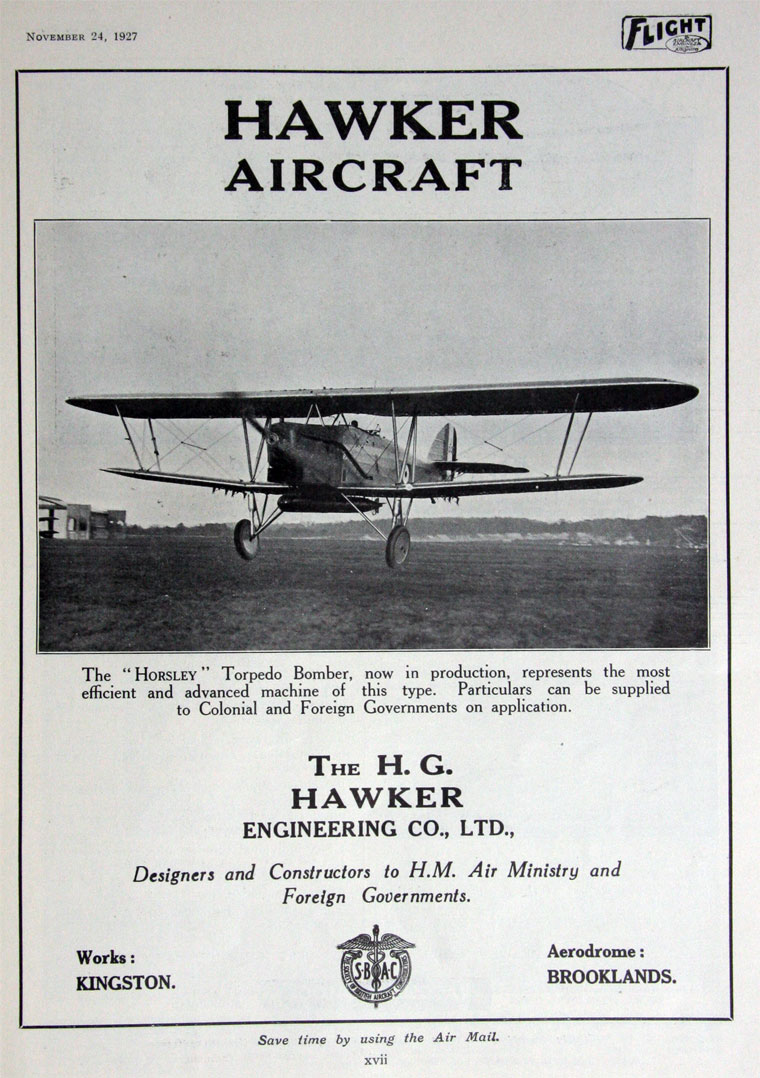 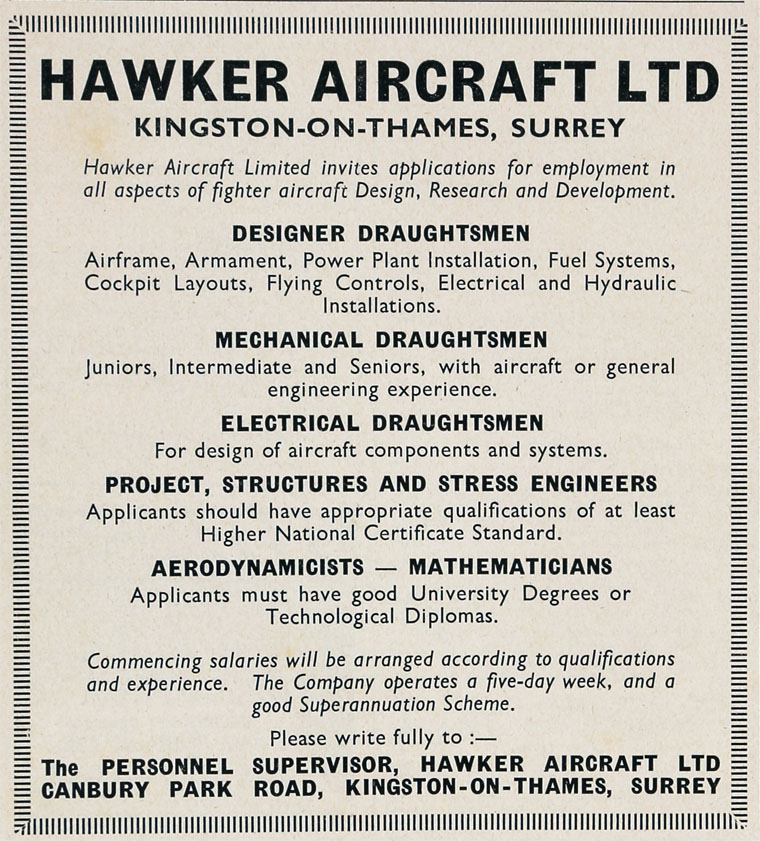 Hawker Aircraft Ltd was a British aircraft manufacturer responsible for some of the most famous products in British aviation history.

Post-WWI. Hawker had its roots in the aftermath of the First World War, and the bankruptcy of the Sopwith Aviation Company.

1934 Hawker Engineering took advantage of the Great Depression and a strong financial position to purchase the Gloster Aircraft Co which had much greater potential for expansion in its manufacturing facilities at Hucclecote whilst Hawker's Kingston premises had no room for expansion[2].

1935 Hawker Siddeley Aircraft Co was formed as a public company to purchase Armstrong Siddeley Development Co and 50% of the shares in Hawker Aircraft Ltd [3], bringing together the 2 largest UK companies involved in the manufacture of aircraft. The companies acquired included the automotive and engine builder Armstrong Siddeley Motors, the aircraft manufacturer Sir W. G. Armstrong Whitworth Aircraft, A. V. Roe and Co (Avro) and Air Training Services. The constituent companies continued to produce their own aircraft designs under their own name as well as sharing manufacturing throughout the group. Sir Thomas Sopwith was chairman of the new company.

Hawker Aircraft continued to produce designs under its own name as a part of Hawker Siddeley Aircraft.

Inter-War. Hawker produced a successful line of bombers and fighters for the Royal Air Force, the product of Sidney Camm (later Sir Sidney) and his team. These included the Hawker Hind and the Hawker Hart, which became the most produced UK aeroplane in the years before the Second World War.

WWII. During the Second World War, the Hawker Siddeley company was one of the United Kingdom's most important aviation concerns, producing numerous designs including the famous Hawker Hurricane fighter plane that, along with the Supermarine Spitfire, was instrumental in winning the Battle of Britain. (During the Battle, Hawker Hurricanes in service outnumbered all other British fighters combined, and were responsible for shooting down 55 percent of all enemy aircraft destroyed).

Almost every Hawker Aircraft design of the Second World War was a success (even if not initially), mainly attributable to the design genius of Sidney Camm.

1961 Designers and constructors of many famous aircraft, including the Hawker Hurricane (Battle of Britain), and currently the Hawker Hunter and Sea Hawk jet fighters. Also engaged on rocket and outer-space research. [5]

1963 the Hawker name was dropped, along with those of the sister companies. The Hawker P.1127 was the last aircraft branded as "Hawker".

The Hawker legacy is maintained by the American company Raytheon Manufacturing Co who produce business jets under the name after purchasing British Aerospace (BAe)'s product line in 1993.

See the separate entry Hawker Aircraft for a full list of aircraft.

Hawker motorcycles were produced from 1920 to 1924 by Harry Hawker and Tom Sopwith at the Sopwith factory at Kingston-upon-Thames, Surrey.

1920 The two men, who are best remembered for their aviation work, announced their first model at the end of December. This was the Hawker, powered by a 292cc two-stroke engine driving with twin-chain primary drive and belt final-drive. It was to be sold by Jarvis, a big car firm in Wimbledon.

1921 Late that year the first model was joined by three more. All with Blackburne engines - a 348cc and a 545cc sv, plus a 348cc ohv, all driving a three-speed Burman gearbox with chain drive.

1924 The range reduced to the four-strokes that had been constructed in 1922. It was their final year of motorcycle production, and after that the Hawker firm continued with aircraft, right up to the modern-day Harrier.