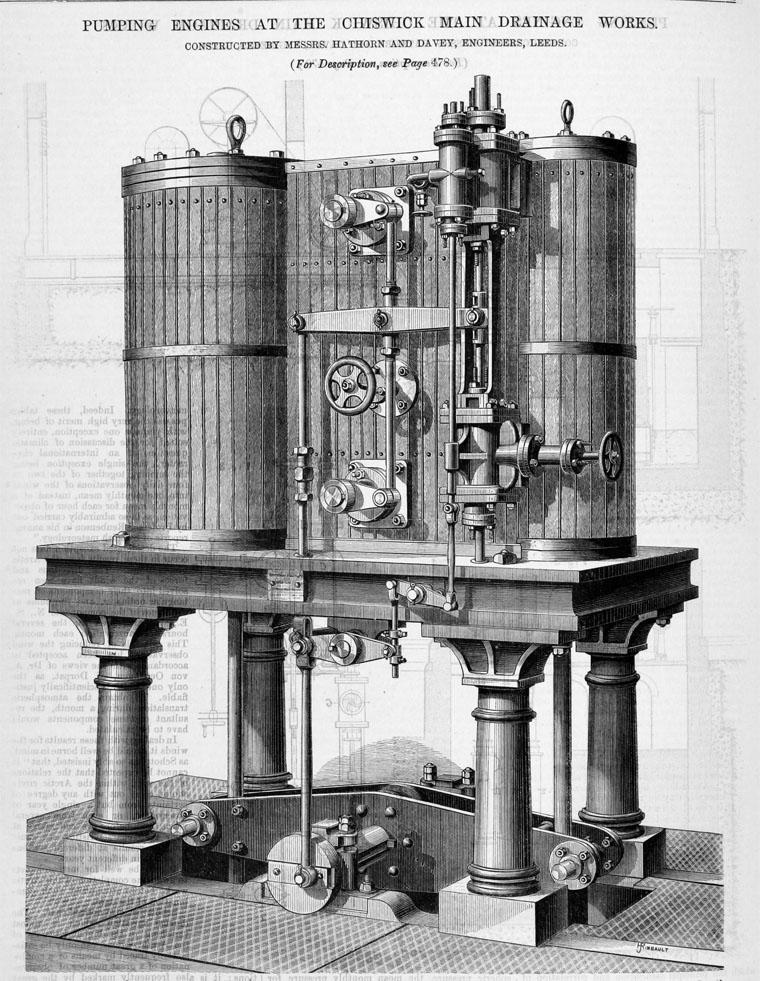 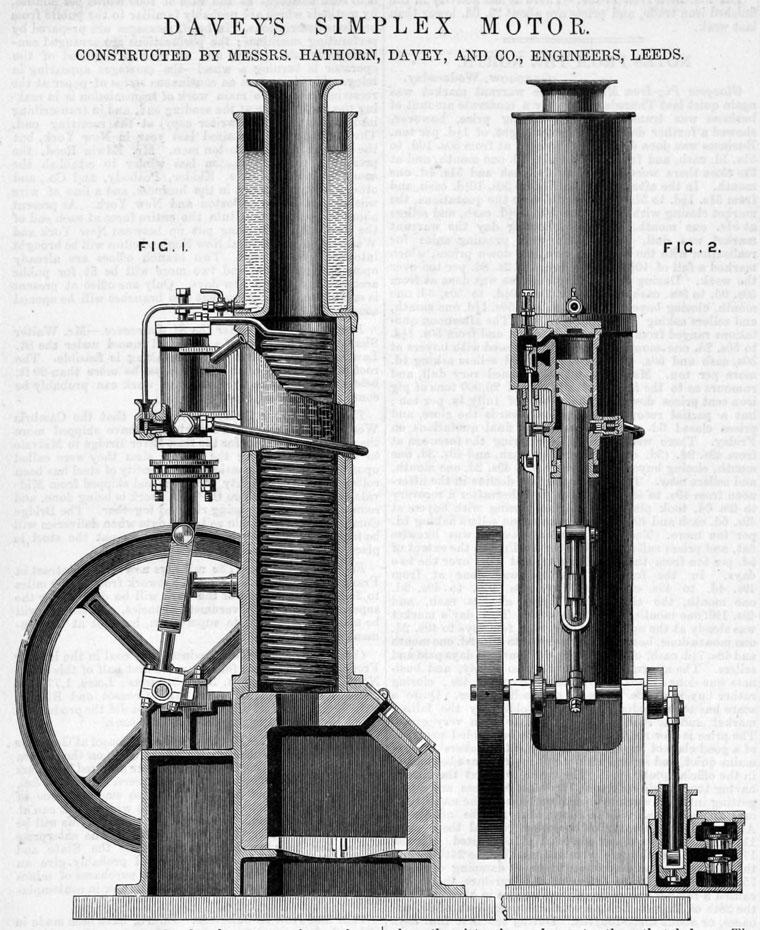 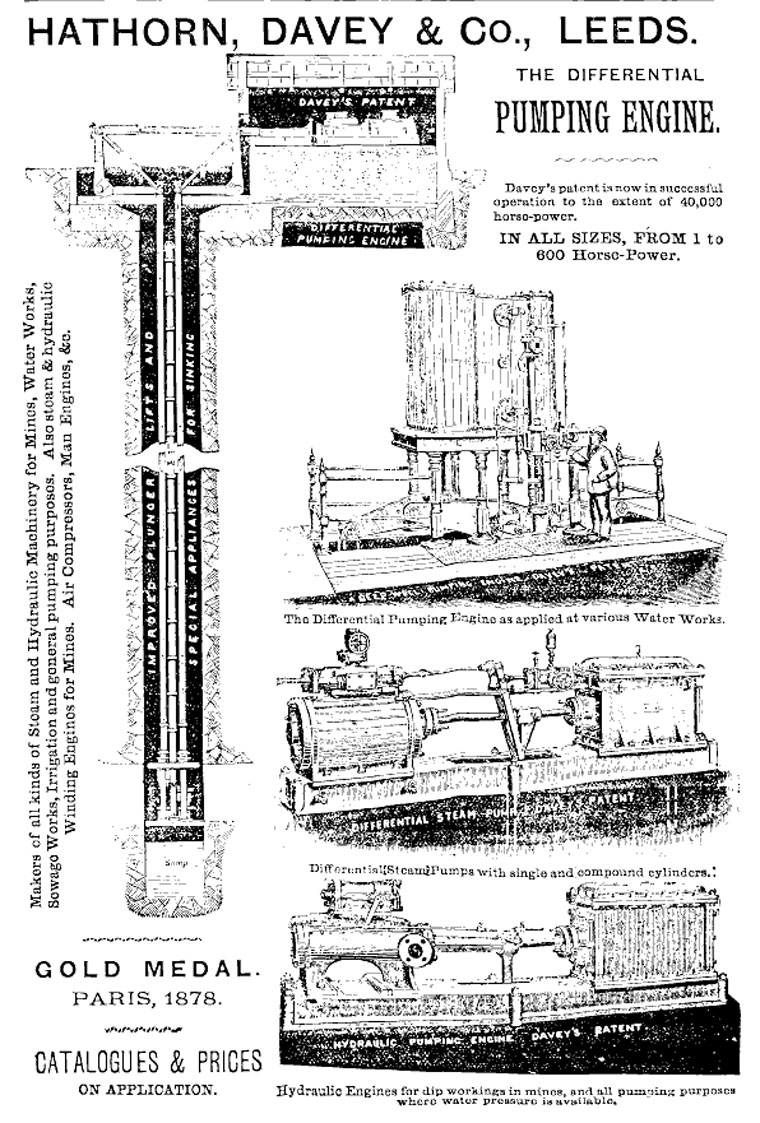 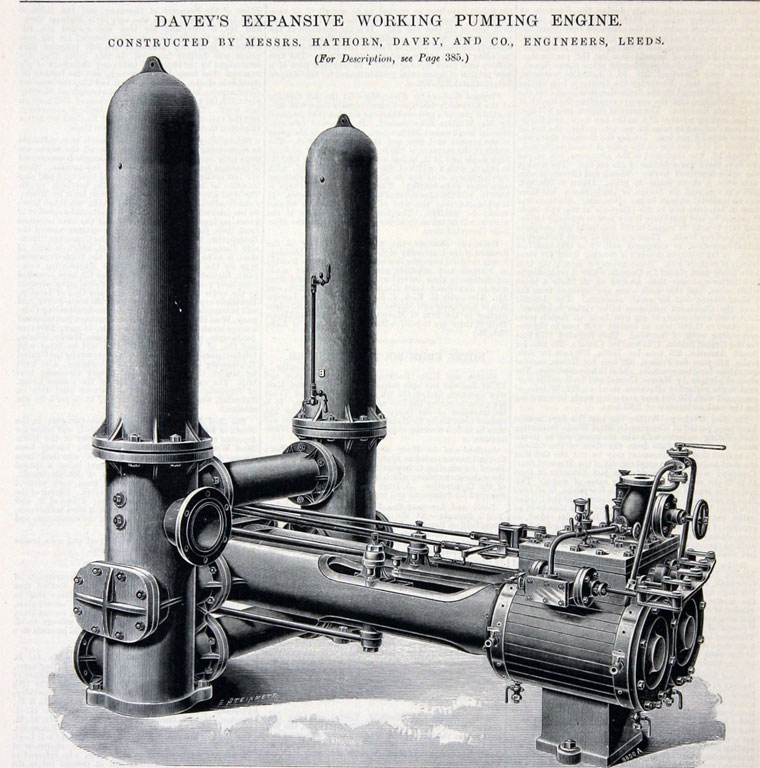 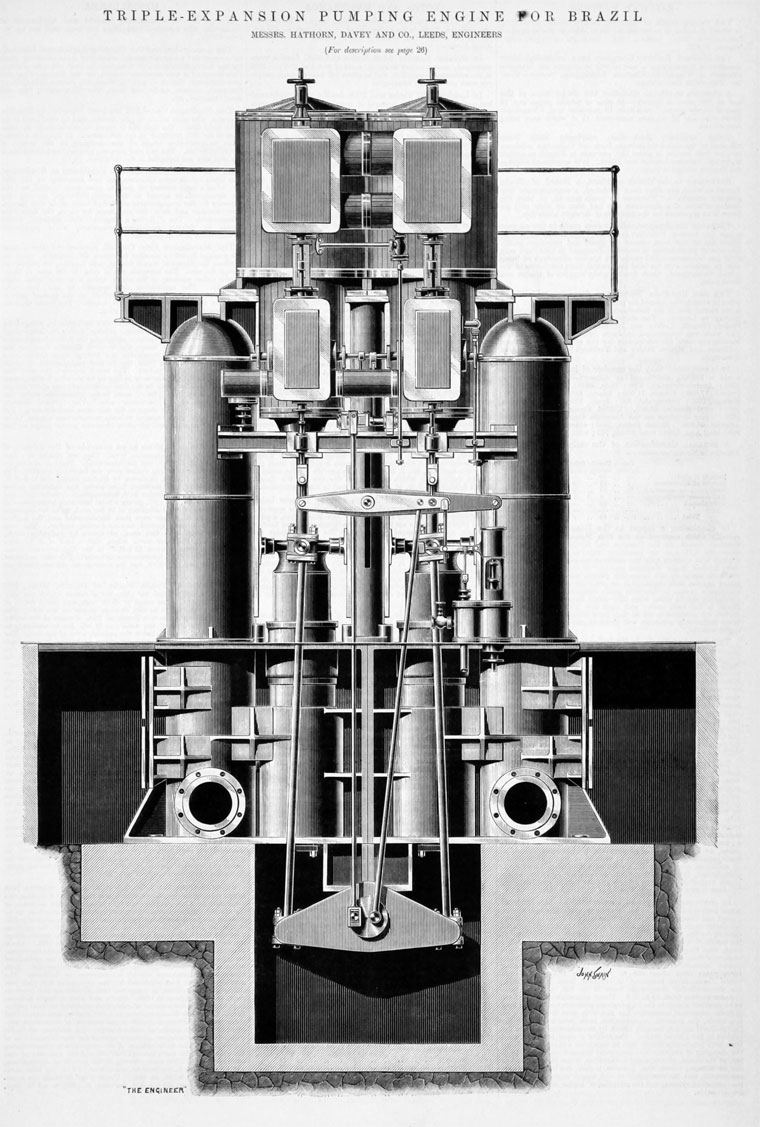 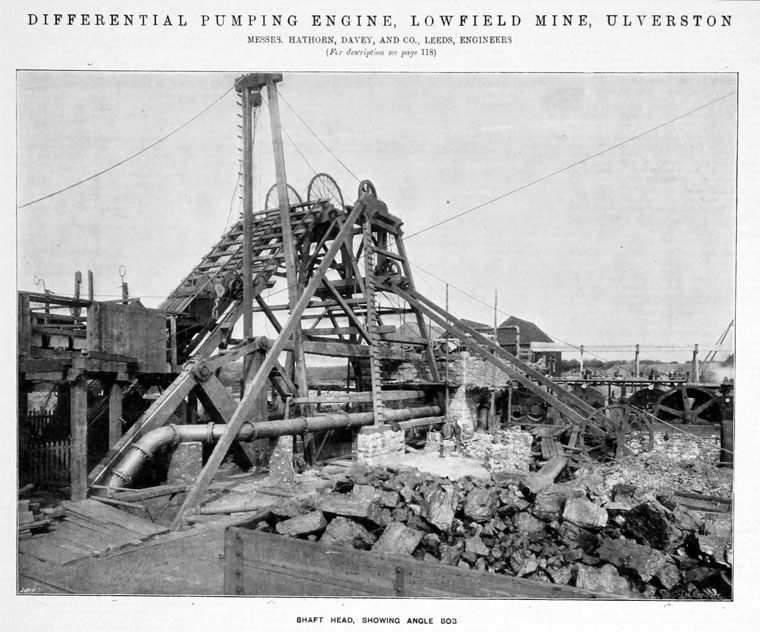 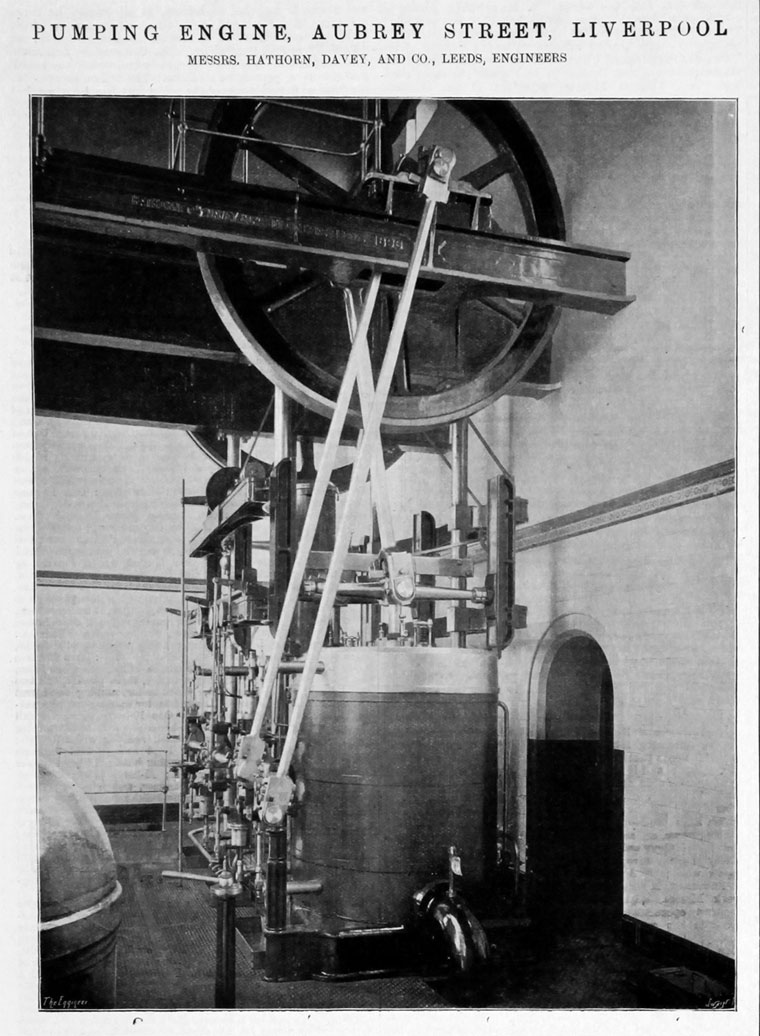 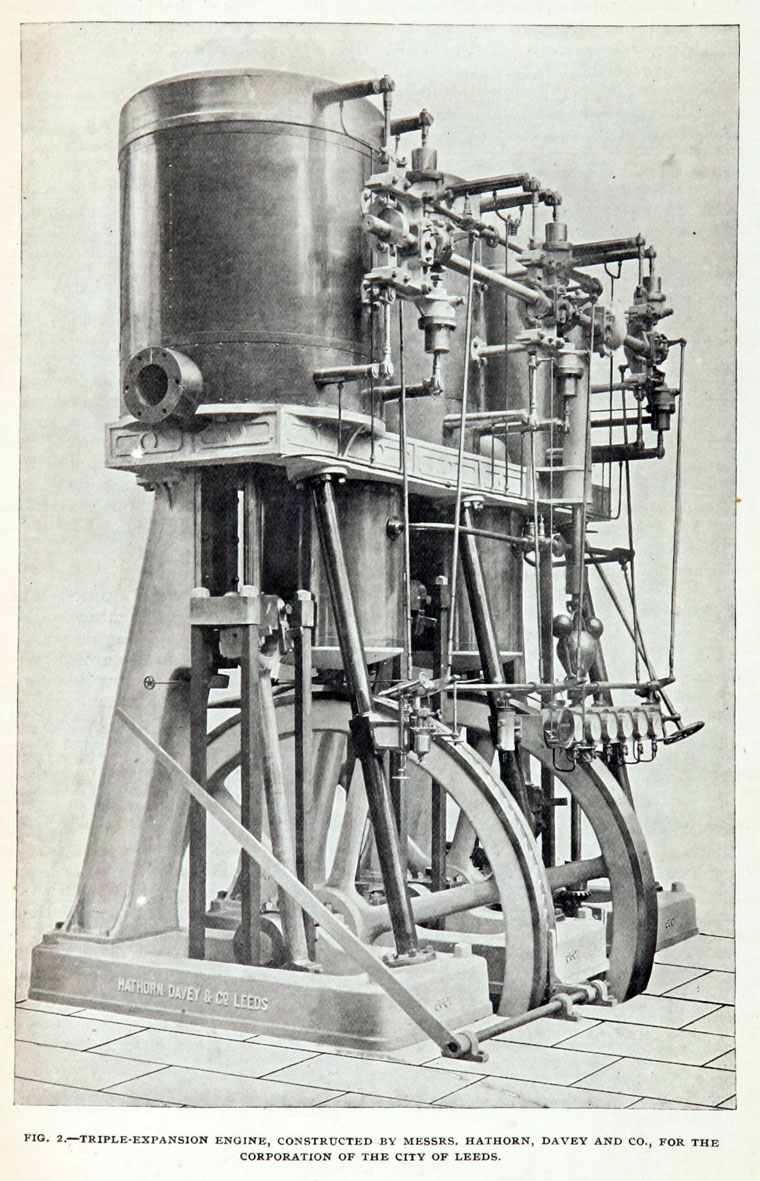 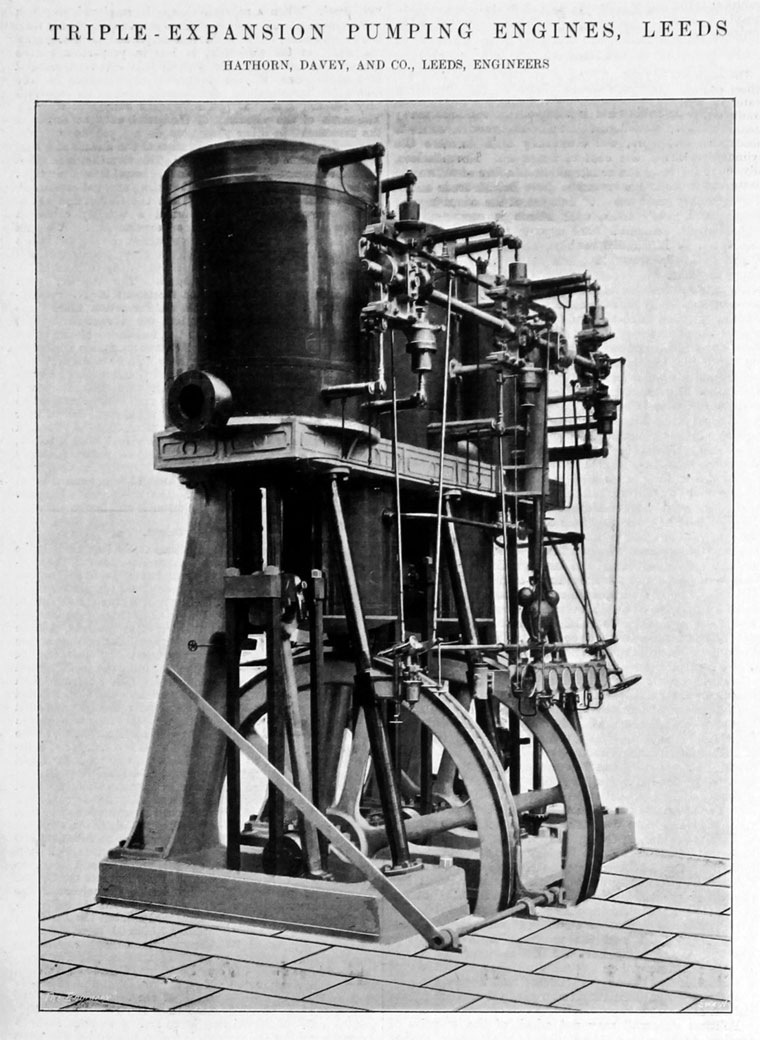 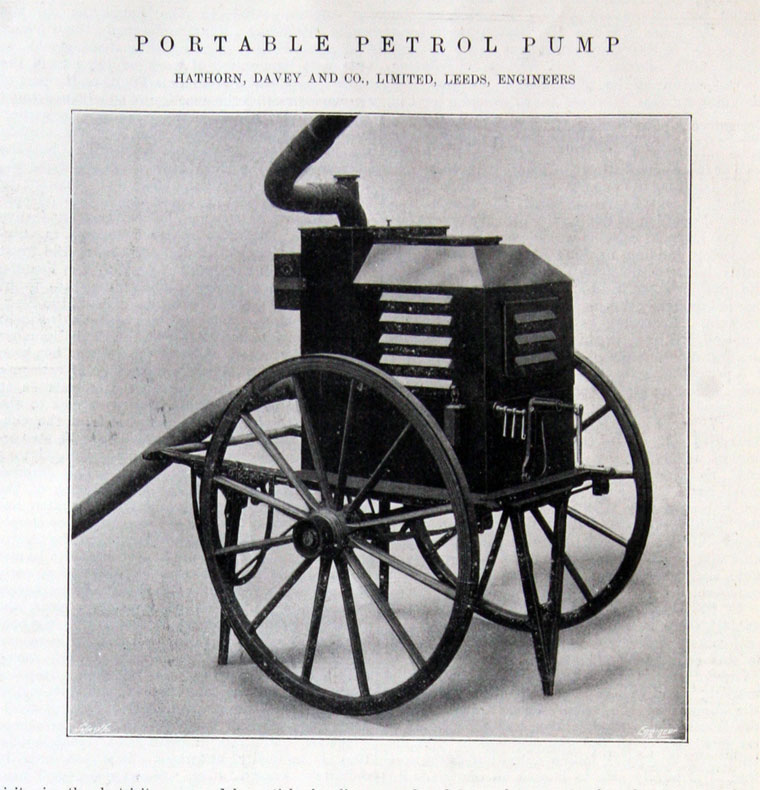 1909. Barring engine. Exhibit at the Museum of Power. 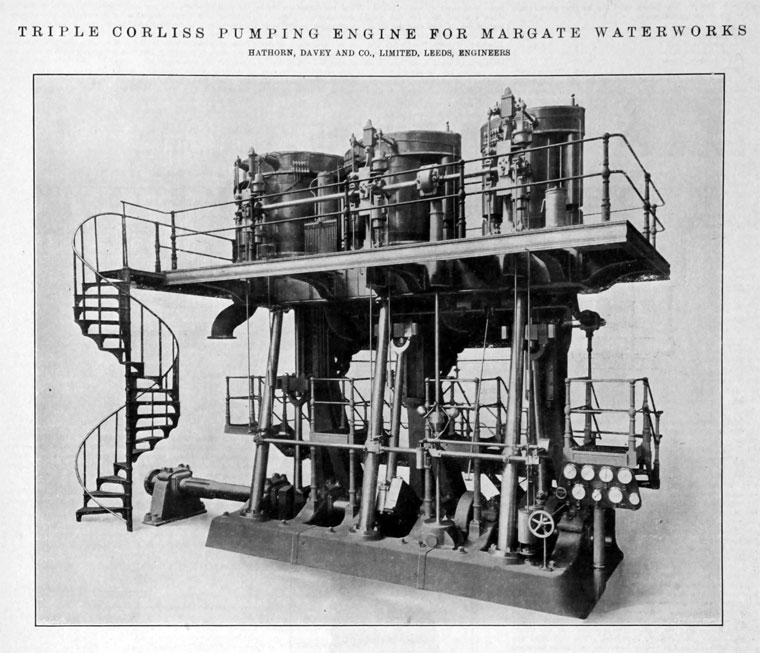 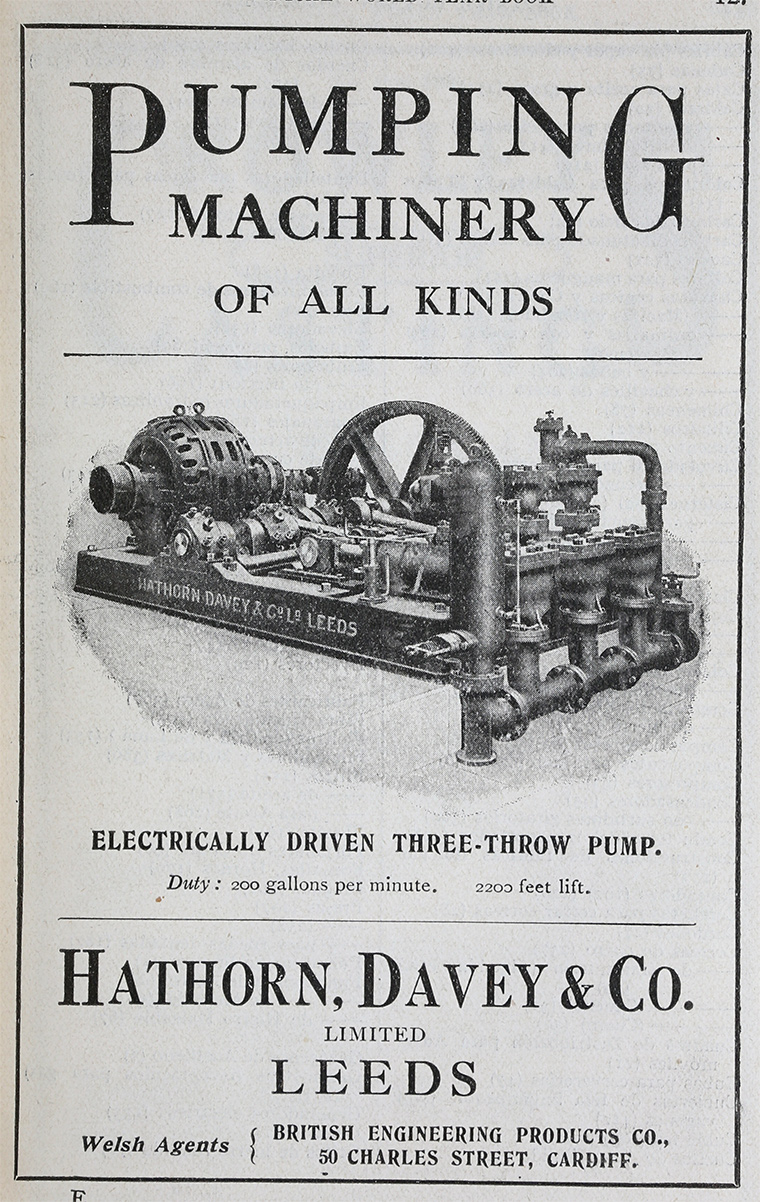 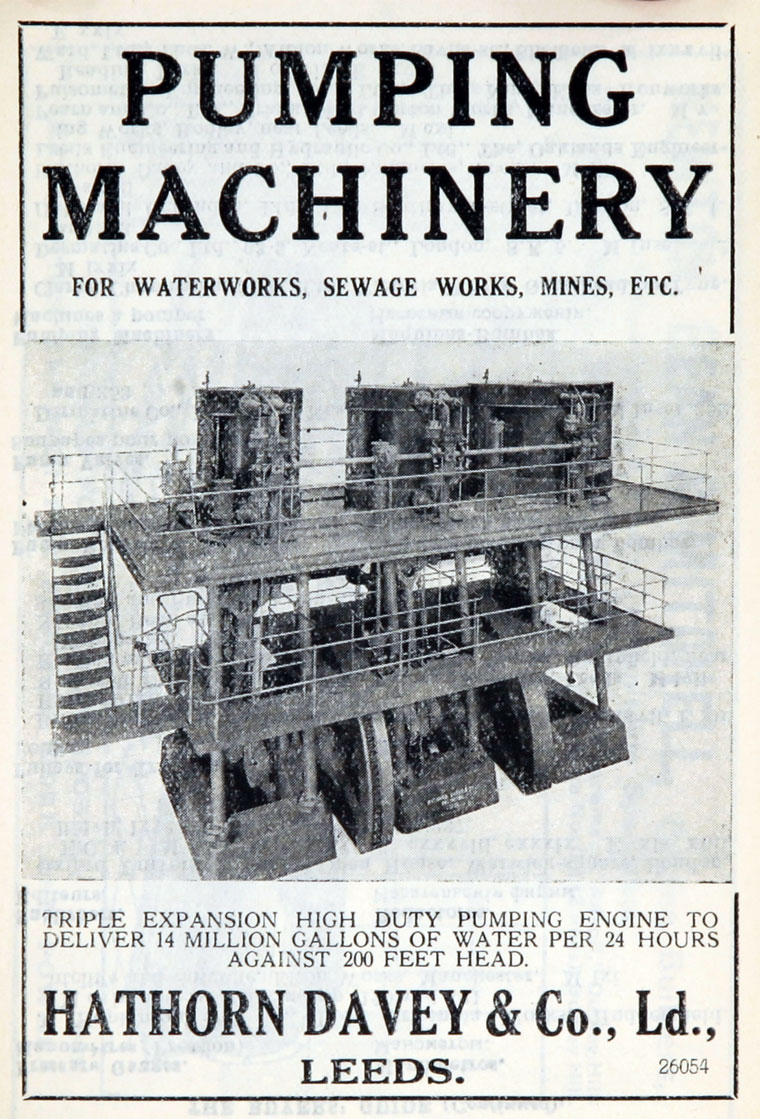 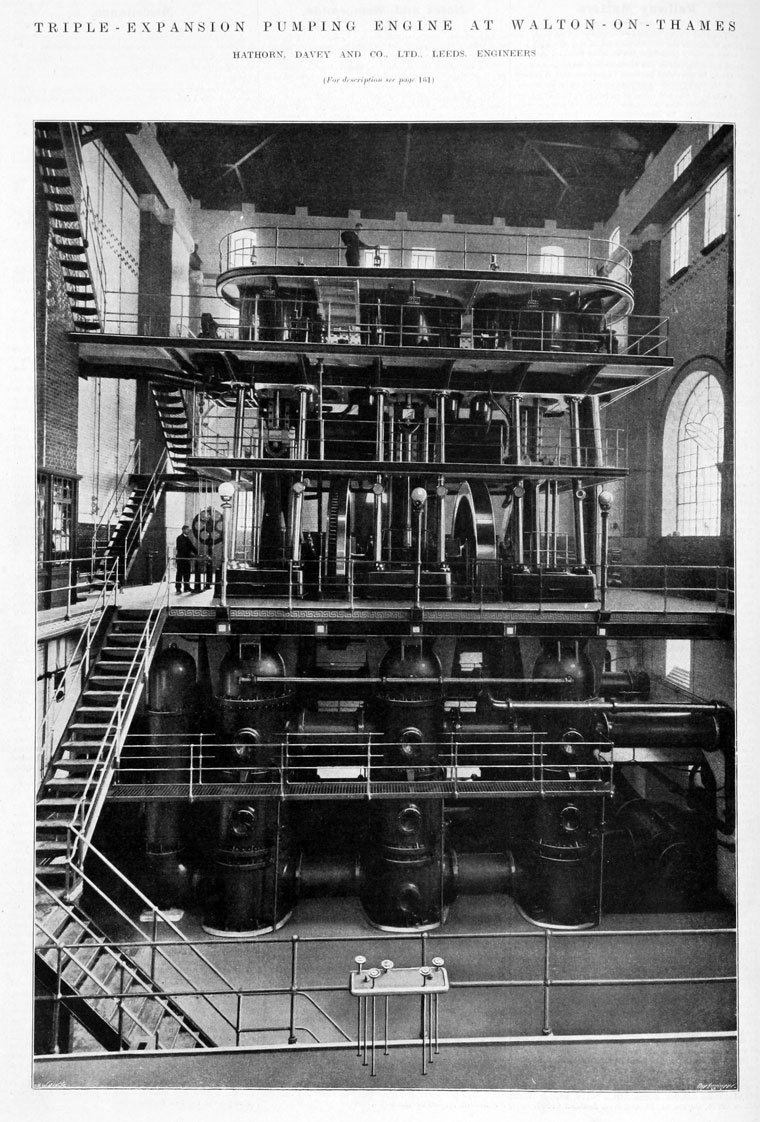 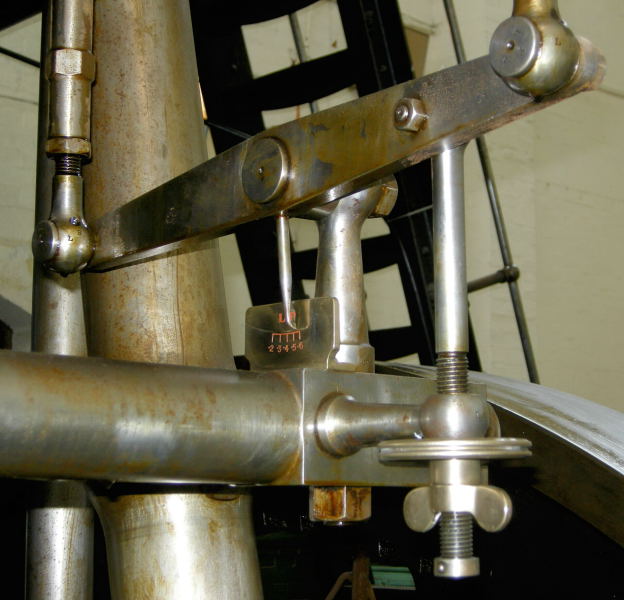 c.1872 Abells of Derby set up a Works in Leeds for Henry Davey. Davey's differential pumping engine was such a success that more capital was needed to expand, which was provided by Colonel Hathorn, Davey's lifelong friend.[1]. See Hathorn, Davis and Campbell.

1876 Details of their pumping machinery for the Erin Colliery at Westphalia. [2]

1876 Members of the Iron and Steel Institute visited the engineering works of Hathorn, Davis, Campbell and Davey [3]

1878 Dissolution of the Partnership between John Fletcher Hathorn, Alfred Davis, and. Henry Davey, as Engineers and Ironfounders, at the Sun Foundry, Leeds, in the countyof York, under the style or firm of Hathorn, Davis, and Davey, so far regards Alfred Davis.[6]

1880 Henry Davey included in the 'Voting List' of the Iron and Steel Institute. [7]

1885 Gold medals for invention of (1) domestic motor; (2) differential gear for pumping engines and improvement in valves for water pressure engines.

1890 Hydraulic and pneumatic sewage pumps. Details and Illustration in 'The Engineer'. [11]

1900 Issued catalogue of pumping engines for mines with sections for steam, hydraulic and electric driven types. [13]

1900 Details of hydraulic power plant for the Miike Mines in Japan. [15]

1927 Pumping engine for Mill Meece Pumping Station, which has been preserved and can be seen running on steam.