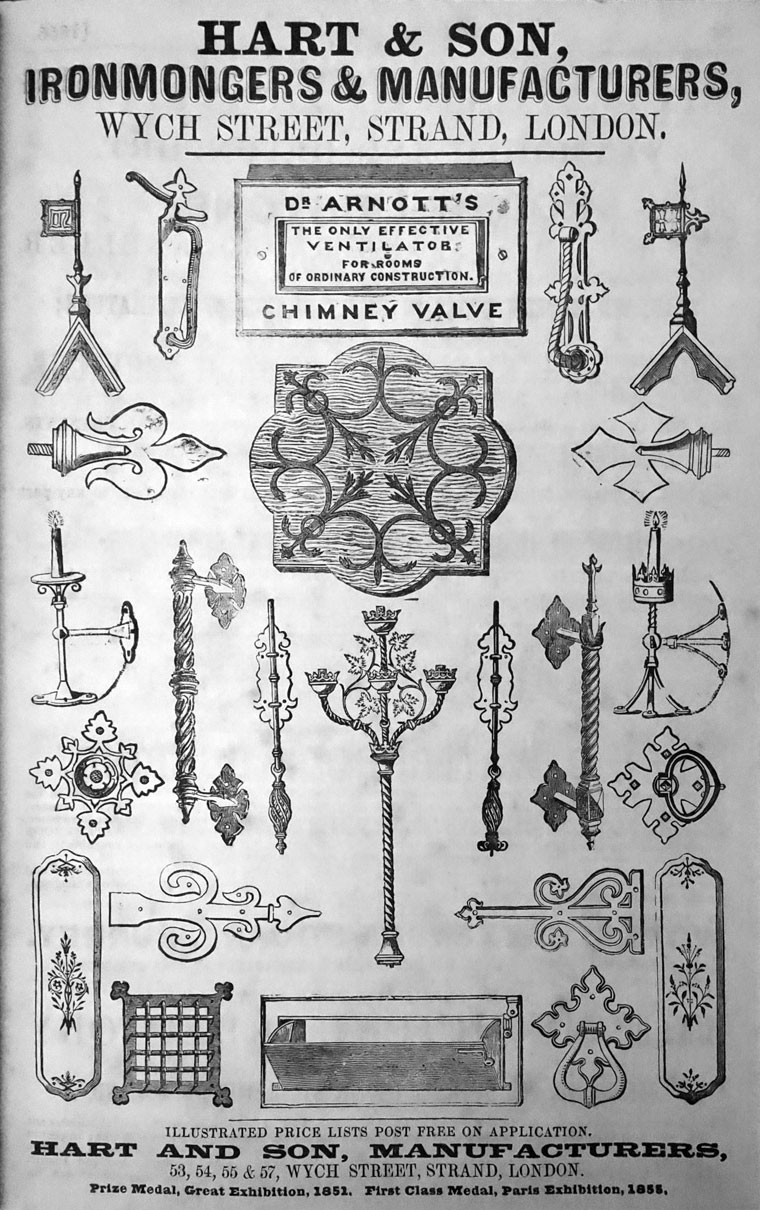 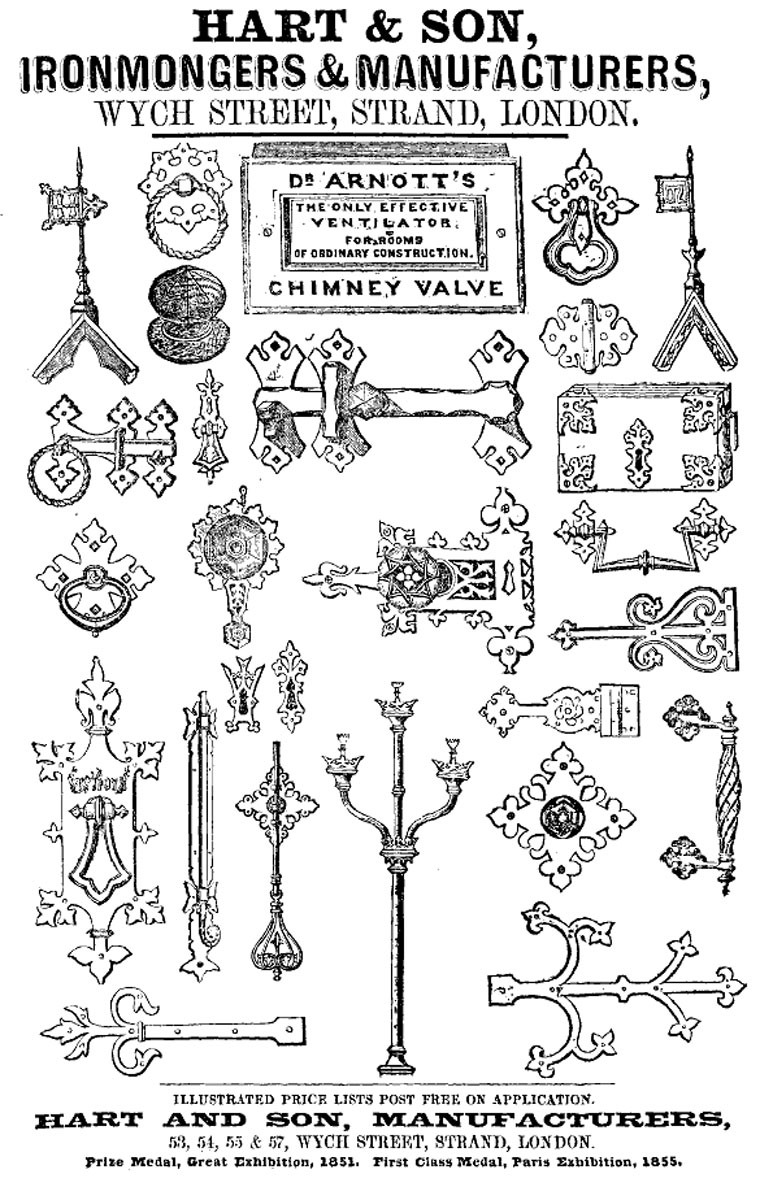 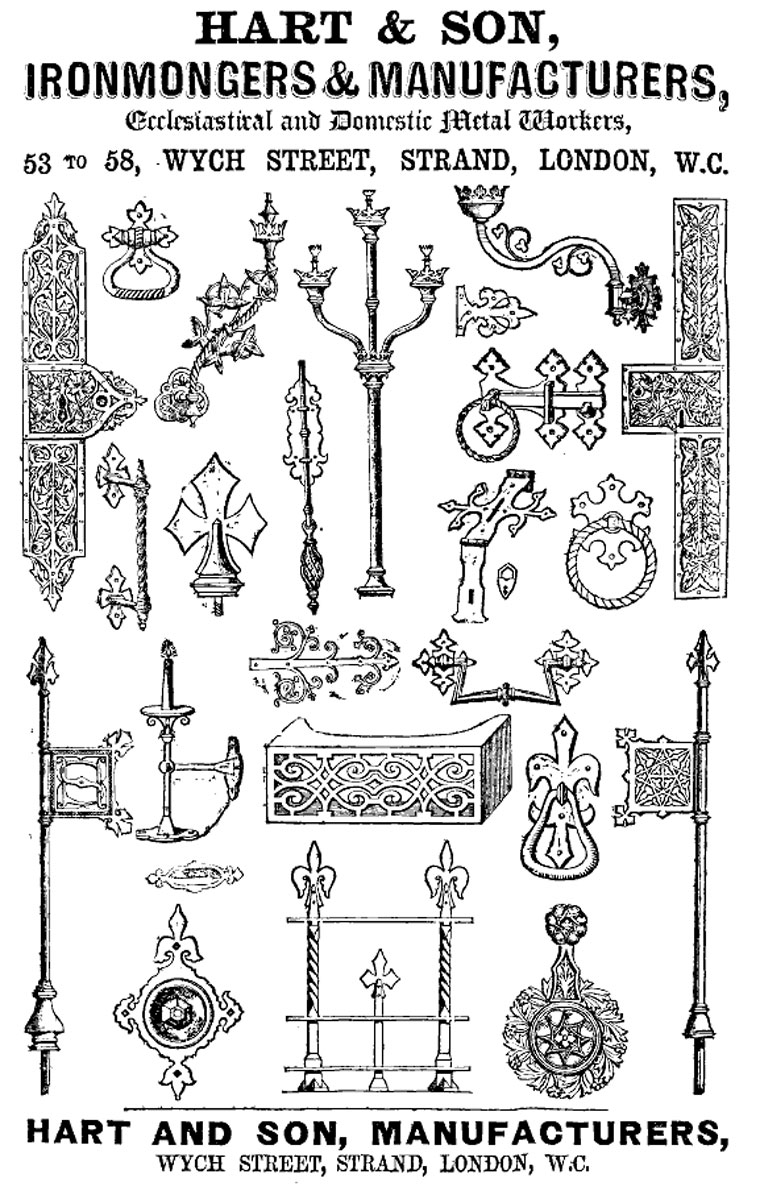 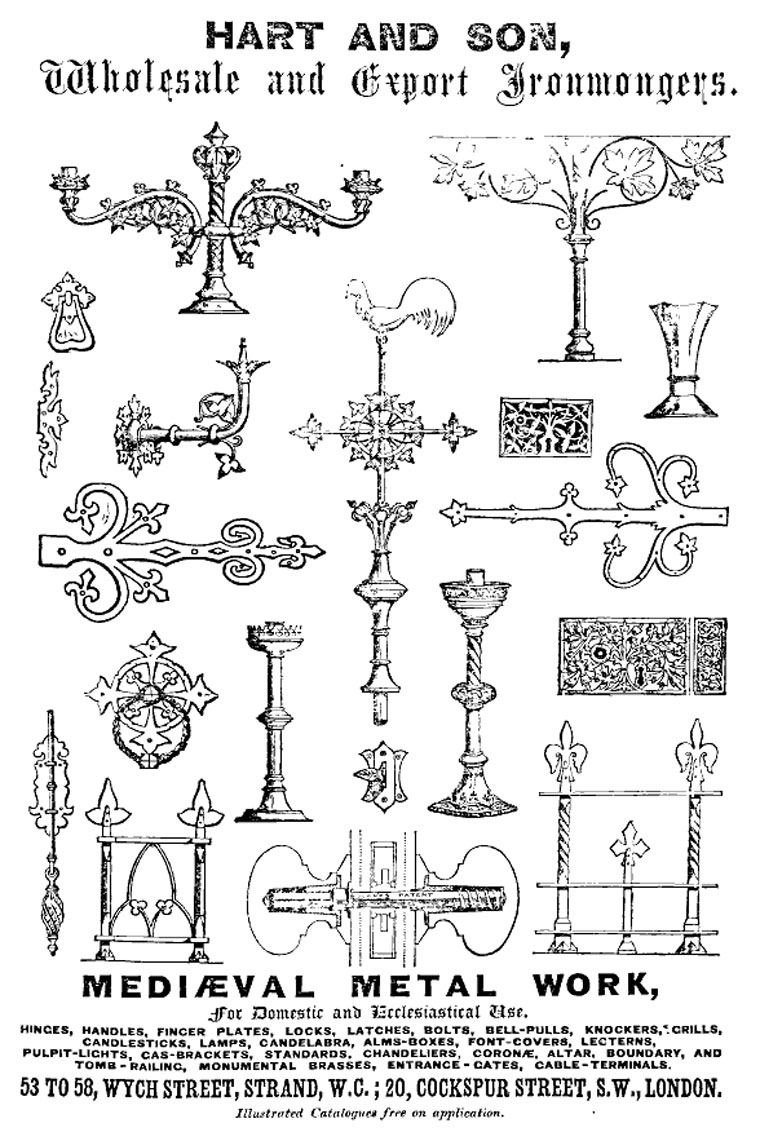 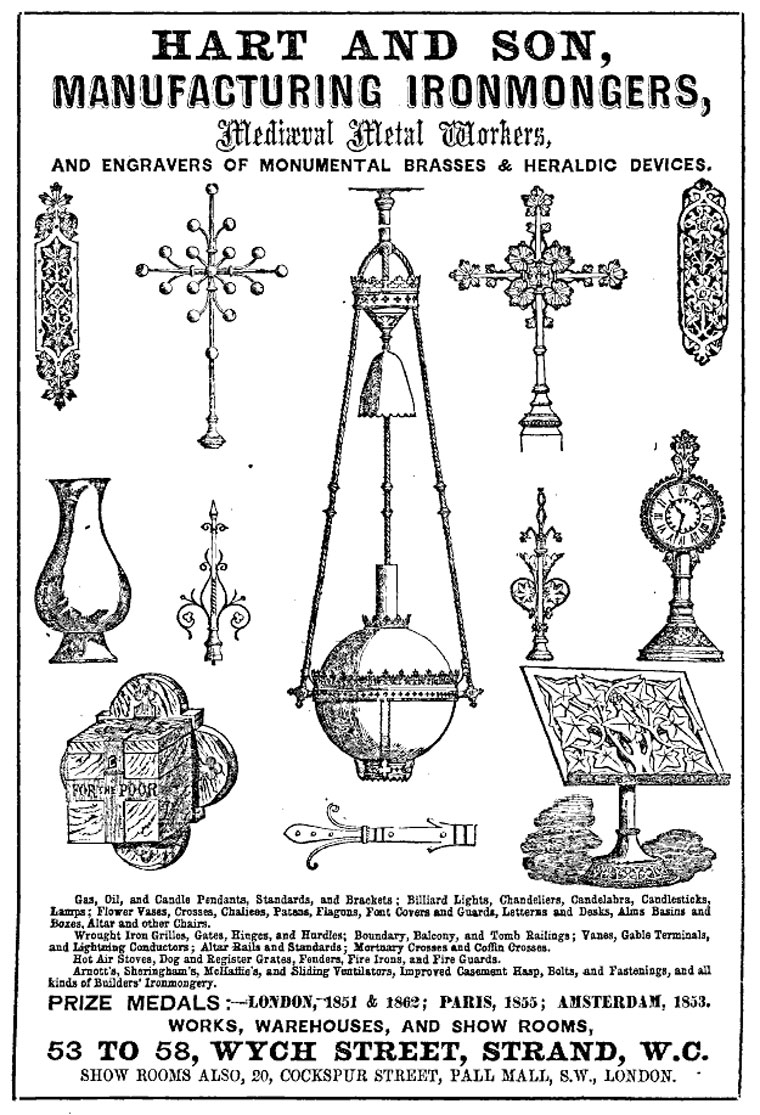 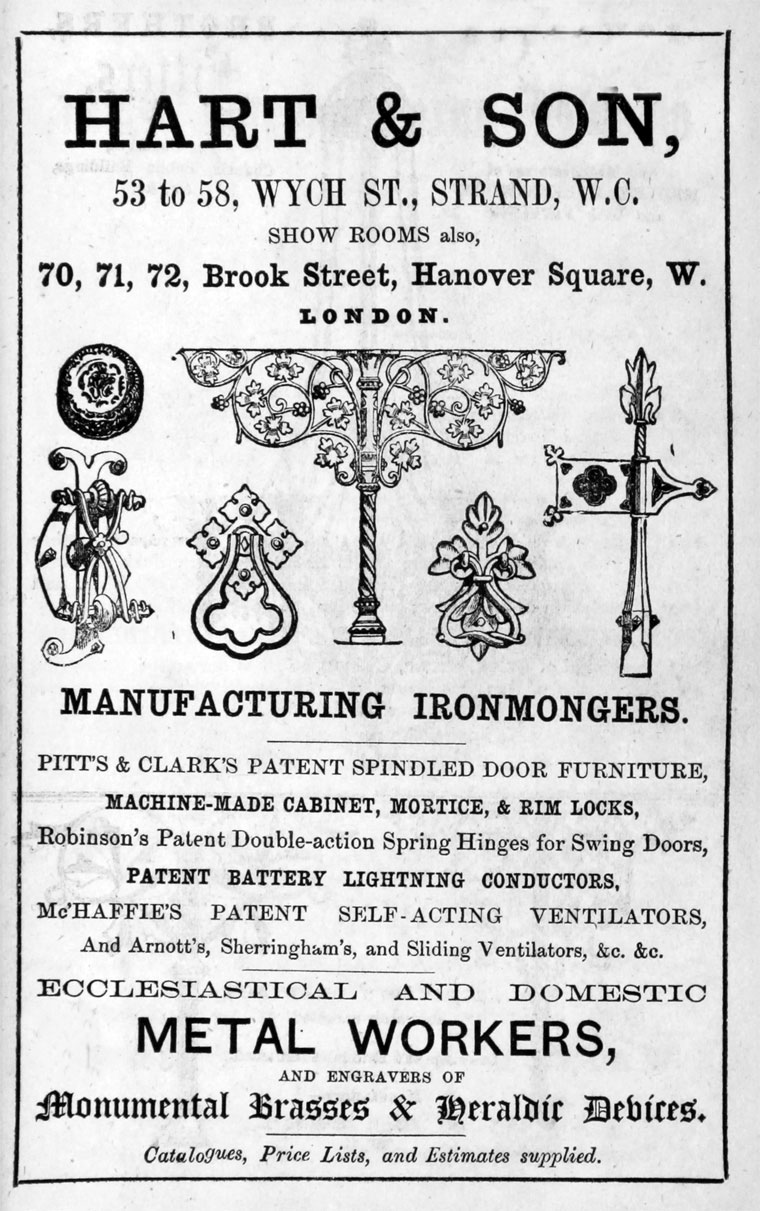 1817 Joseph Hart started in business[1]. Presumably traded as Joseph Hart as his son Charles was not yet born.

1852 Partnership change. Dissolution of the Partnership between Joseph Hart, Charles Hart, and George Hart of Wych-street, Strand, Wholesale and Retail Ironmongers, so far as respects the said George Hart.[2]

1853 Hart was joined by Thomas Peard.

1860 Peard left to found his own business

1861 Charles Hart was recorded as an iron and brass founder, and manufacturer of the firm of Hart and Son, employing 84 men and 97 boys[3]

1866 Merger of Hart and Son with Peard and Jackson to form Hart, Son, Peard and Co.

1868 Richardson, Slade and Ellson advertised themselves as (presumably supplying materials) "from Hart and Sons, Wych Street"