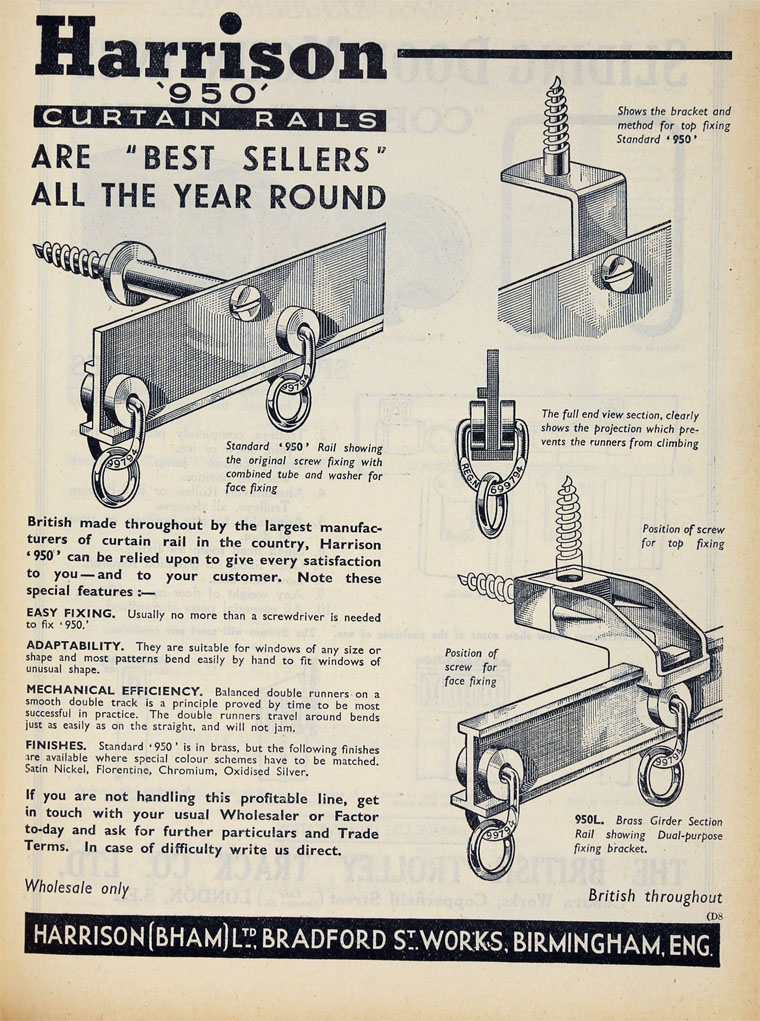 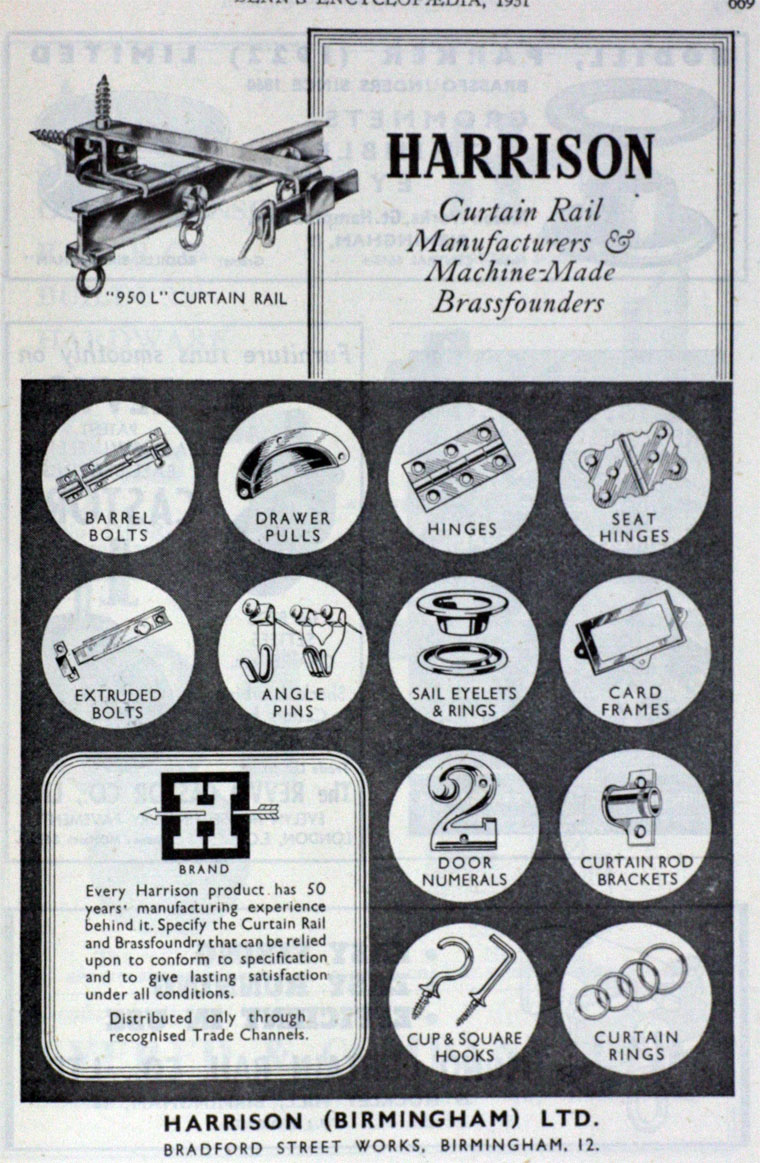 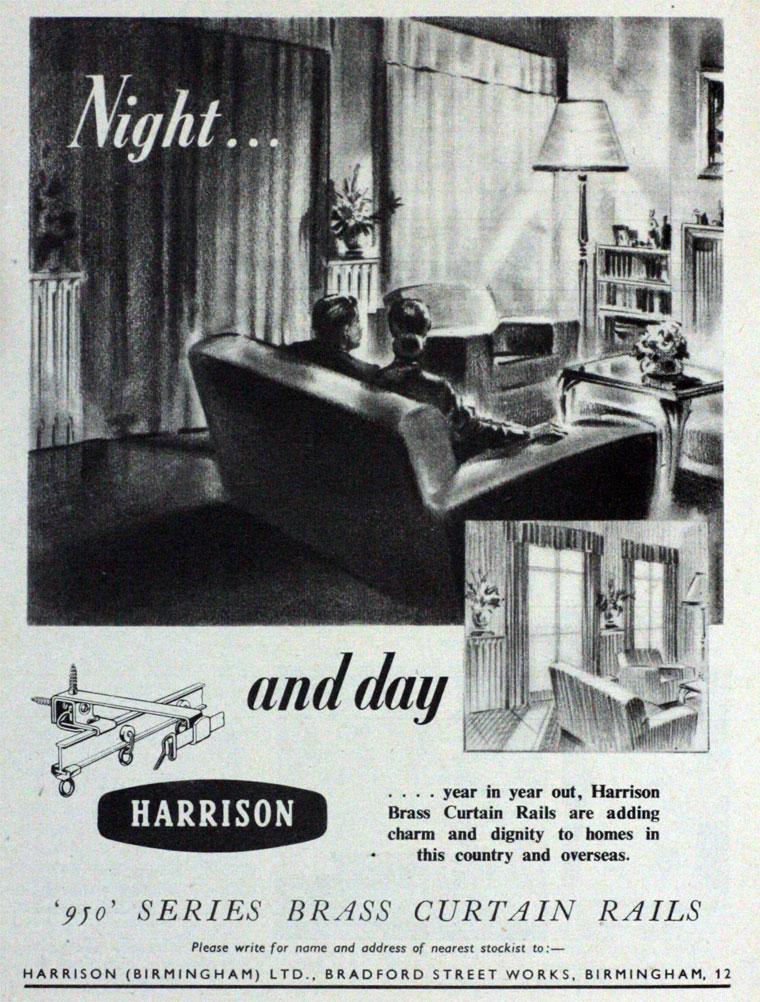 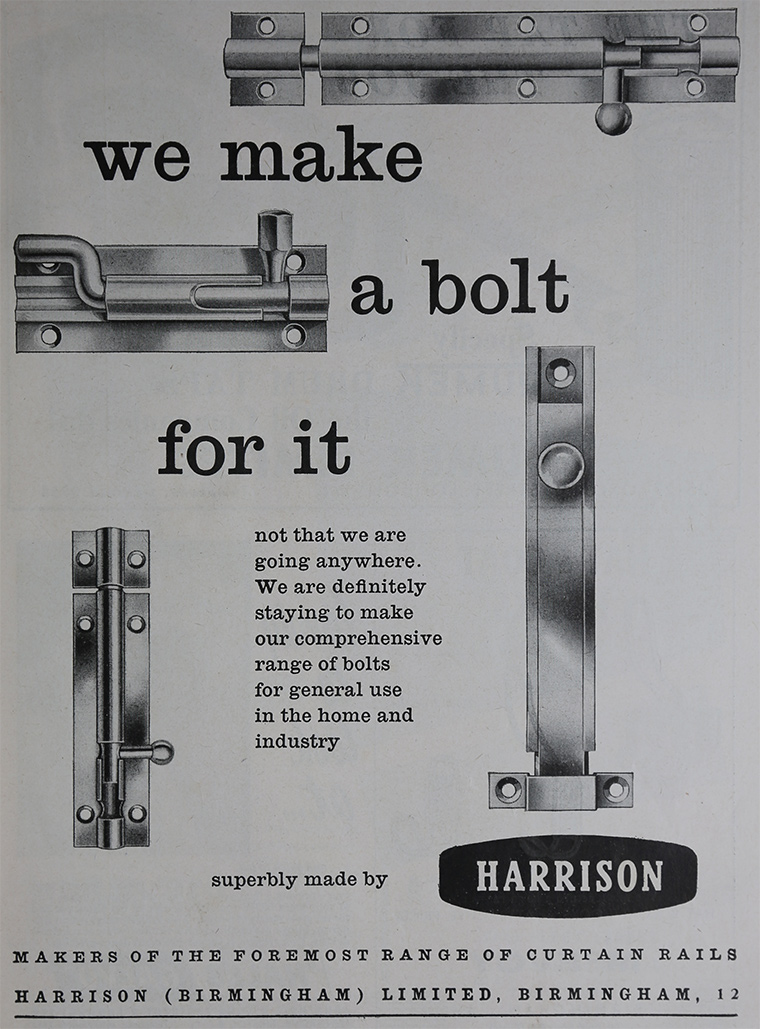 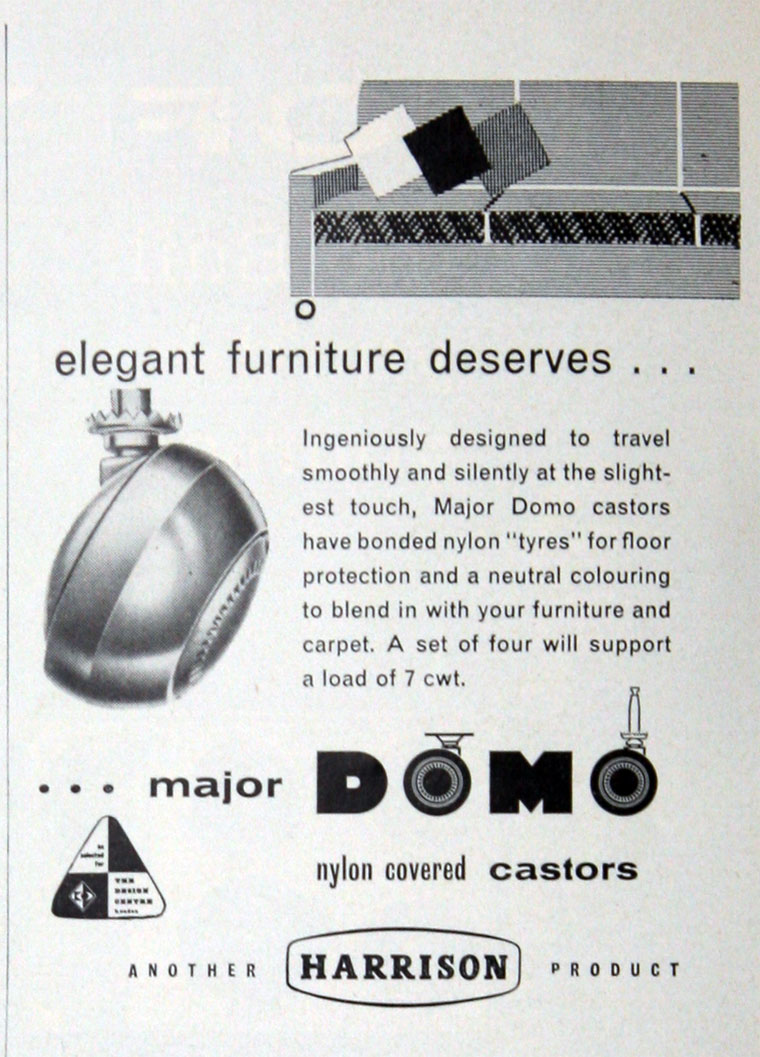 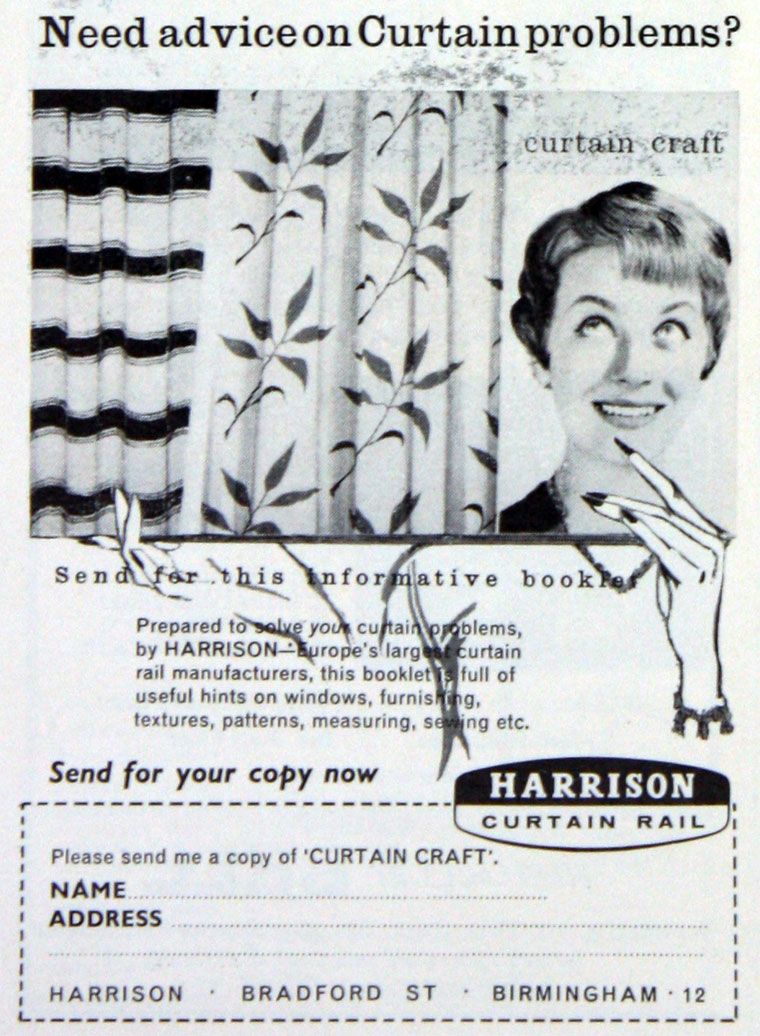 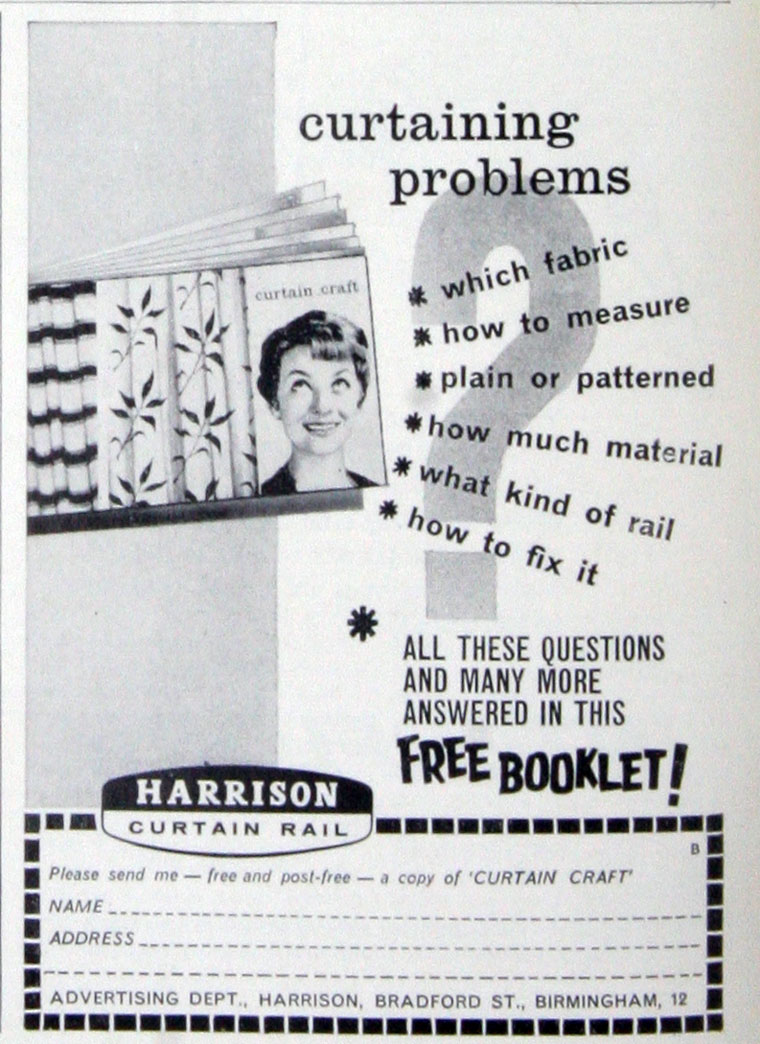 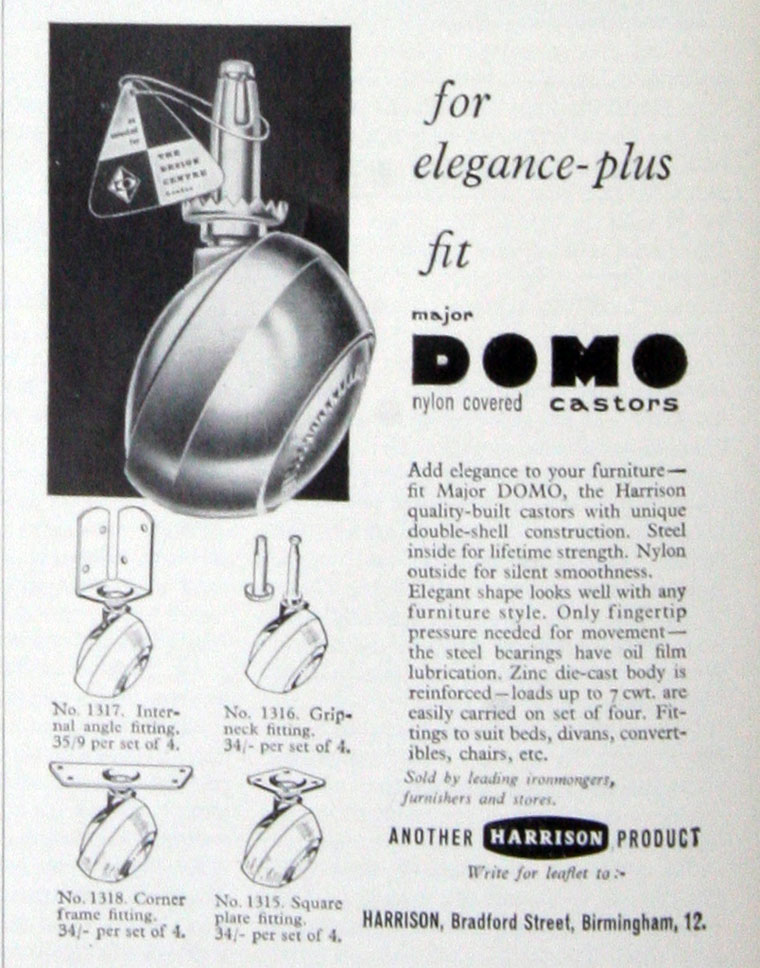 1935 Elliott's bought the moulding section of Messrs. Harrison (Birmingham) Ltd. (check this is the same company) in Cheapside, which became a private limited company.

A. J. Harrison was a predecessor company to Harrison (Birmingham) which went on to become Harrison Drape.