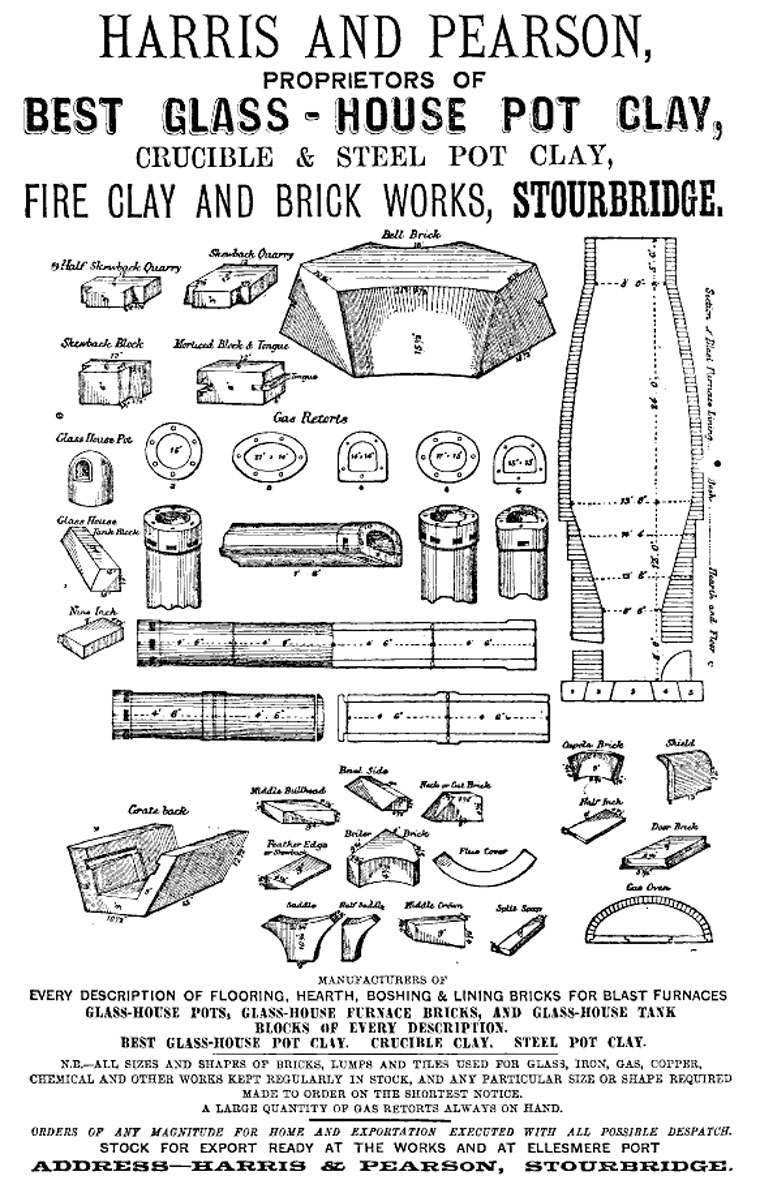 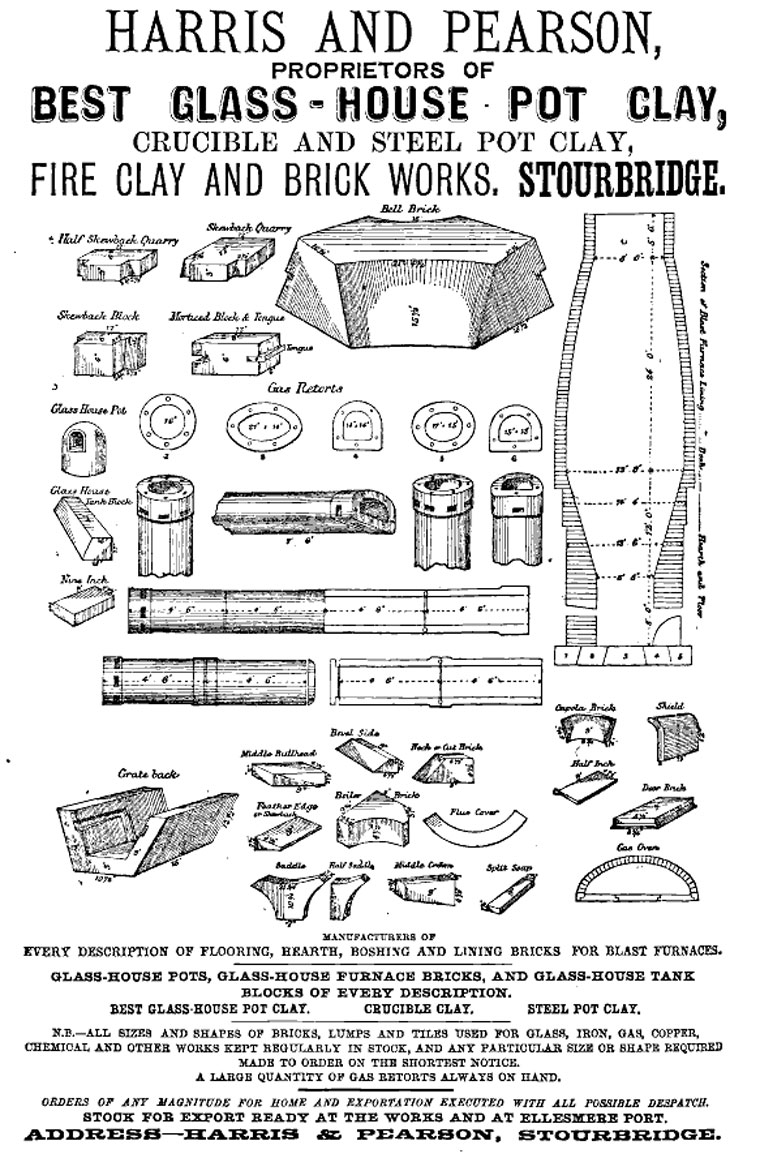 1852 Company formed by George Pearson and Peter Harris when they leased the firebrick works known as Withymoor Old Side Works and the adjoining Fireclay mines.

1872 Leased further land where they built the New Side Works

1881 Albert Henry Pearson, the son of George, joined the company

c1902 Acquired a controlling interest in Trotter, Haines and Corbett

1912 Manufacturers of Blast Furnace Linings, Patent Bricks for Cowpers' and other stoves.[2]