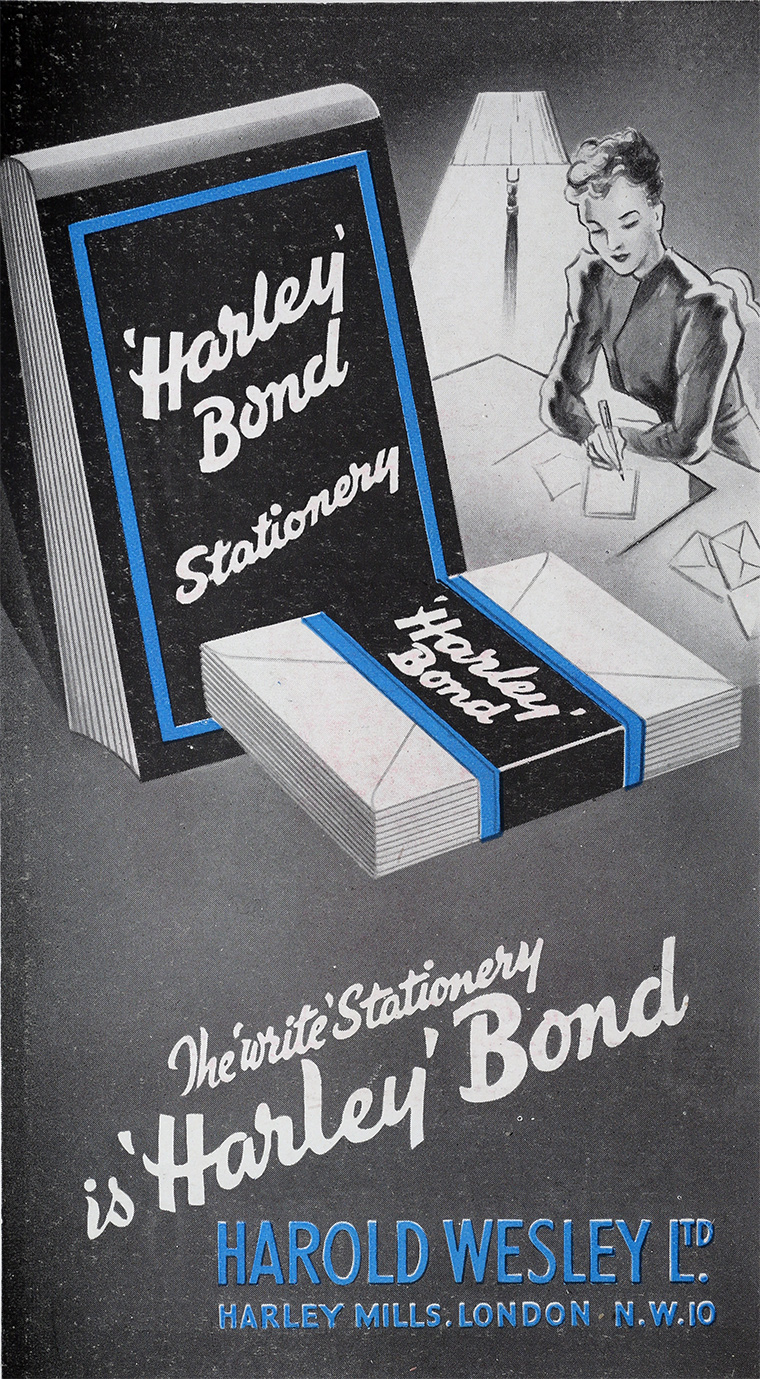 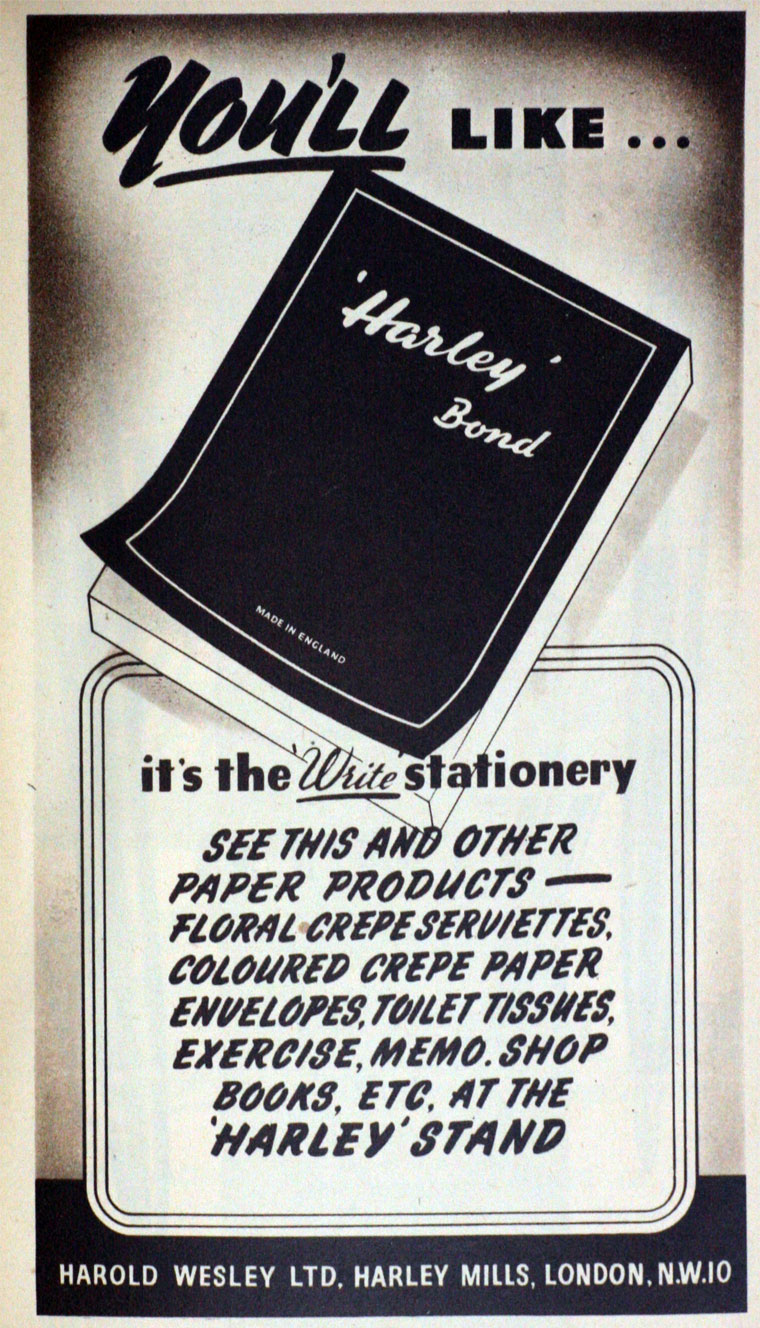 1925 He moved to an 11 acre site in Acton Lane, on the Willesden boundary. Part of the land was used for company housing, built by a subsidiary company called Wesley Estates.

The factory made stationery and plastic articles, with 1,000 employees at its peak, but later only about 150.