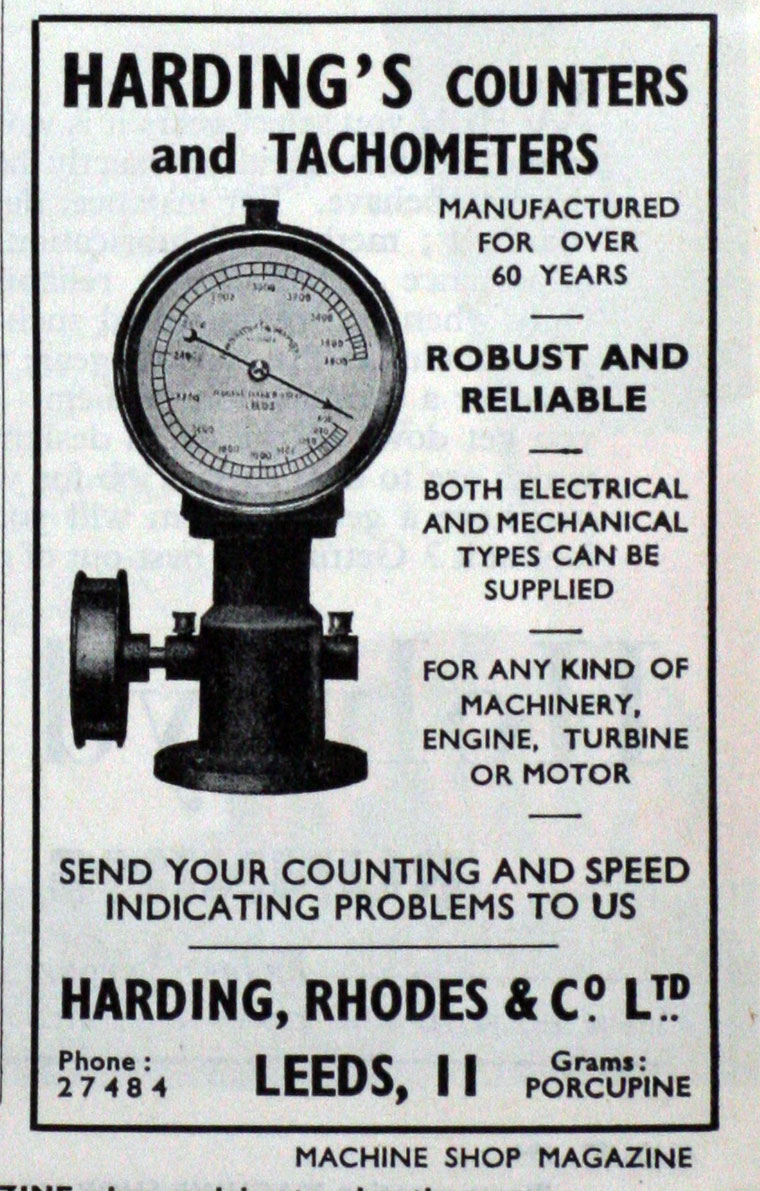 1946. From Machine Shop Magazine of August.

1836 T R Harding started a business in Lille, France, making cast steel pins, combs and other mechanical parts in the production of textiles.

1858, he came to Leeds to start a business in England. Originally at works in Great Wilson Street, Holbeck.

1864 His trade expanded so that he was able to build Tower Works in Globe Road, Holbeck.

1890 Harding retired, to be succeeded by his son, Col T W Harding - presumably renamed as T. R. Harding and Son

Shortly after T W Harding took over at Tower Works, he suggested an amalgamation of the three firms.

1892 The Harding business became a limited liability company. The boards of the three firms from 1892 to 1895 were identical and it is clear from the record-keeping, which was done by the same individual, that the amalgamation had taken place "de facto" before Harding, Richardson, Rhodes and Co Ltd came into being in 1895 and the business of Richardson, Child, Christy and Co and James Rhodes and Co were transferred to the new company.

1896 the Rhodes branch works were closed down

1897 Harding, Richardson, Rhodes and Co bought Robert Cook and Co of Hathersage, near Sheffield, which had been making textile pins for about two hundred years.

1900 the Richardson branch at Horsforth ceased to function.

1919 Company changed its name to Harding, Rhodes and Co once the Richardson family had ceased to be involved with the business.