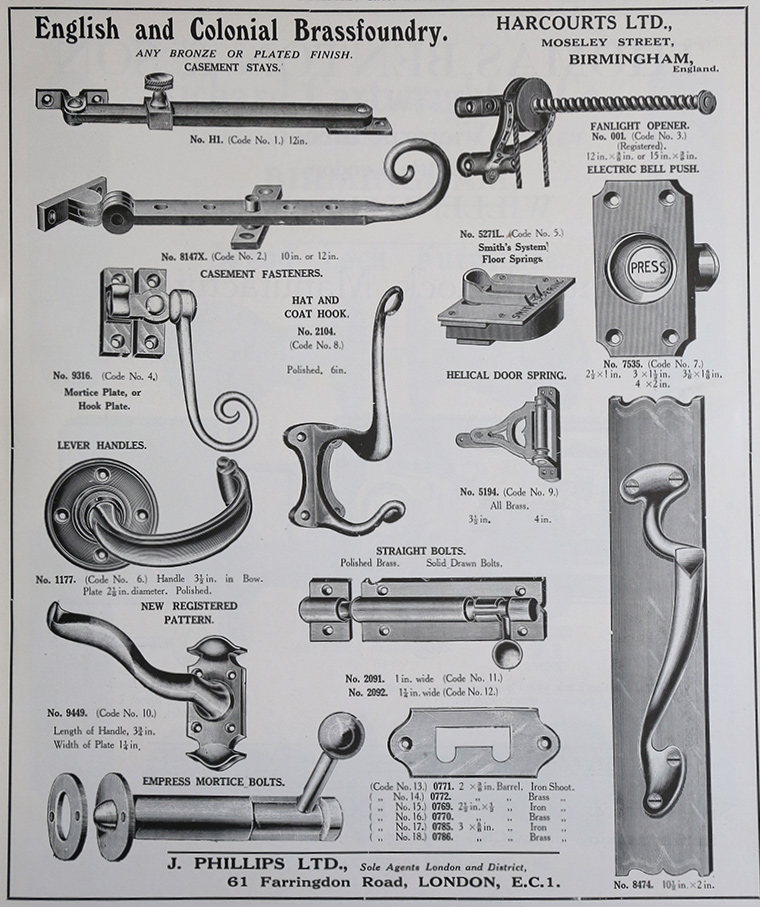 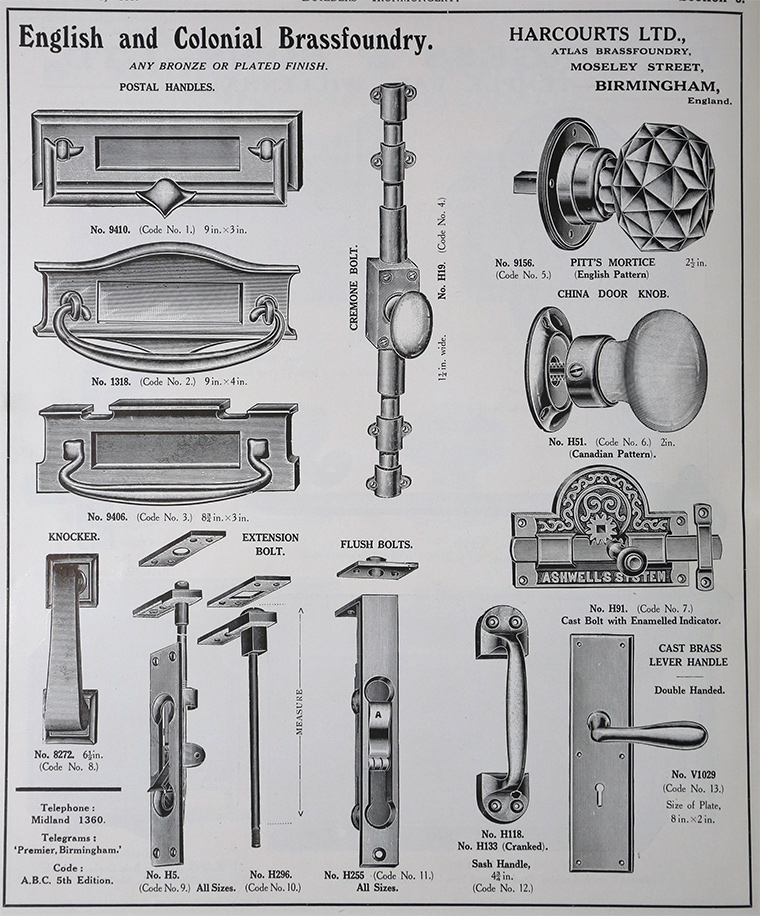 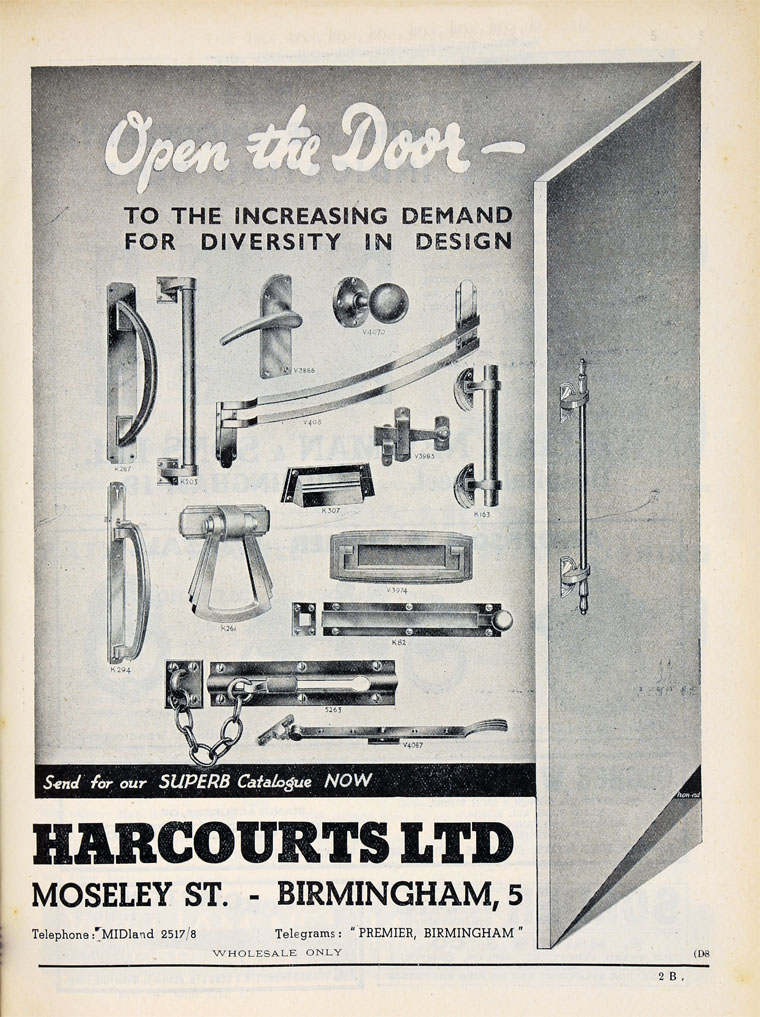 c.1920 (?) Metropolitan-Vickers plugged a gap in its product range, namely the manufacture of electric light fittings, by acquiring Harcourts Limited, a century-old Birmingham firm carrying on a high-class business as brass founders. A well-known sculptor, Walter Gilbert, whose father created Eros in Piccadilly Circus, was engaged as art director, together with skilled modellers, casters, chasers, and artists.

By 1922 many types of fittings from the most utilitarian to the most elaborate were being produced under the management of N. Dennes.

As the new supplies business developed it was decided to handle it through a subsidiary company, and on June 5, 1924, Metro-Vick Supplies Limited was registered with Hilton as chairman. It had a head office at 4 Central Buildings, Westminster, and a large showroom in Holborn.

1928 After the formation of AEI, most of the supplies business was moved into the new company, including Harcourts works. A new lamp sales department was set up to deal with lighting work. The domestic appliance work was mainly transferred from Cosmos to Harcourts, where considerable extensions had been made.

1949 The Edison Swan Electric Co was expected later that year to absorb Harcourts Ltd, another subsidiary of AEI, maker of electrical light fittings[1].