1929. Section through the Station. 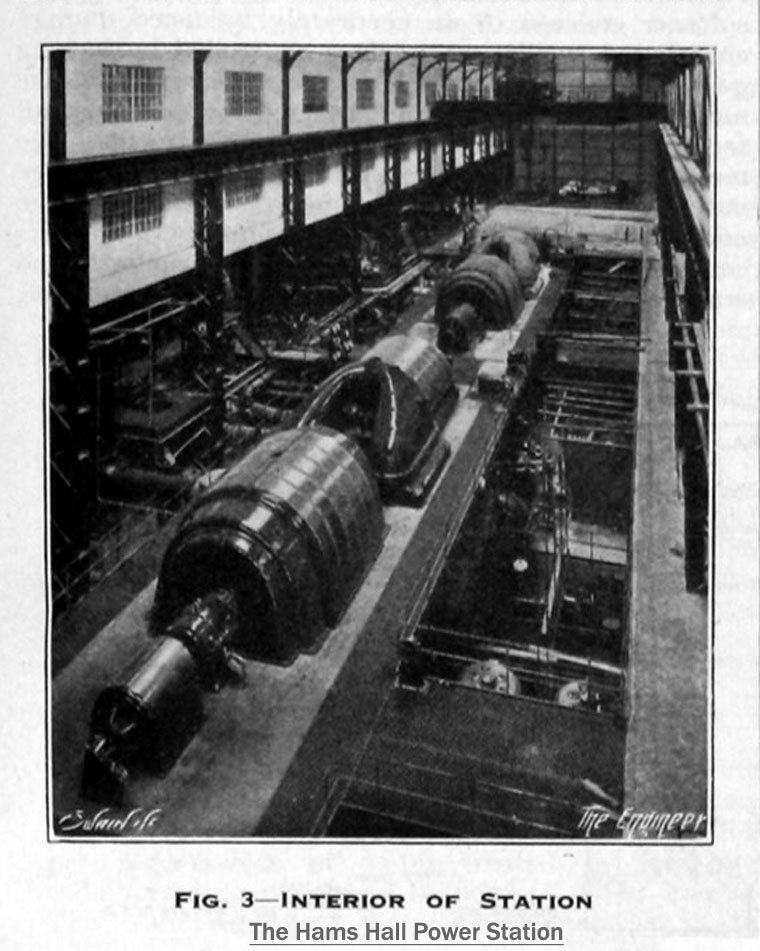 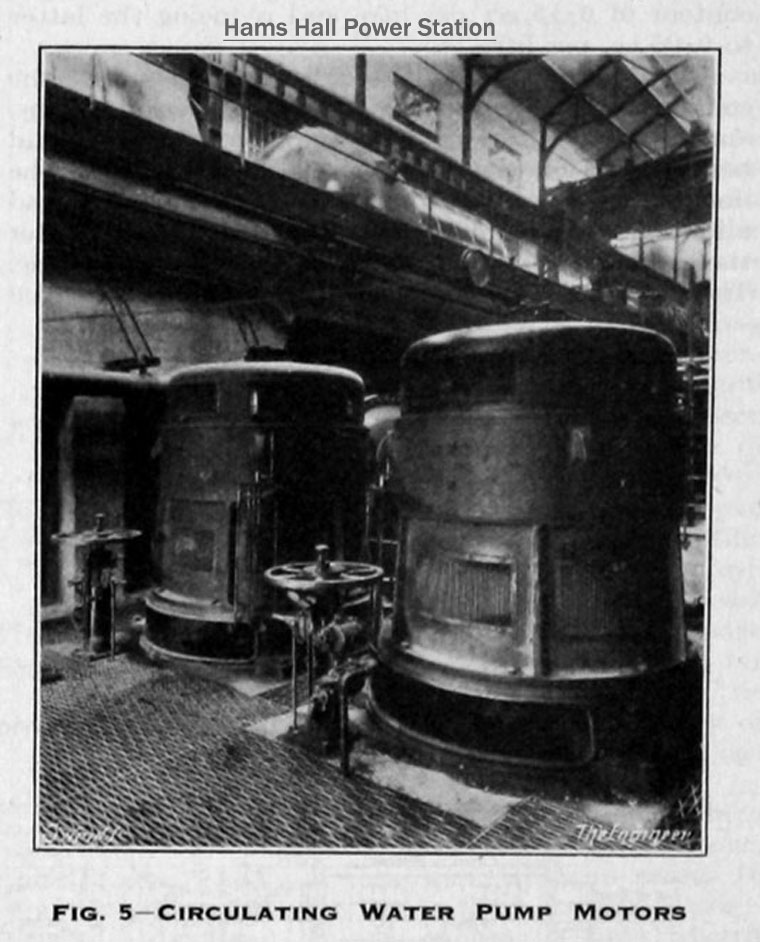 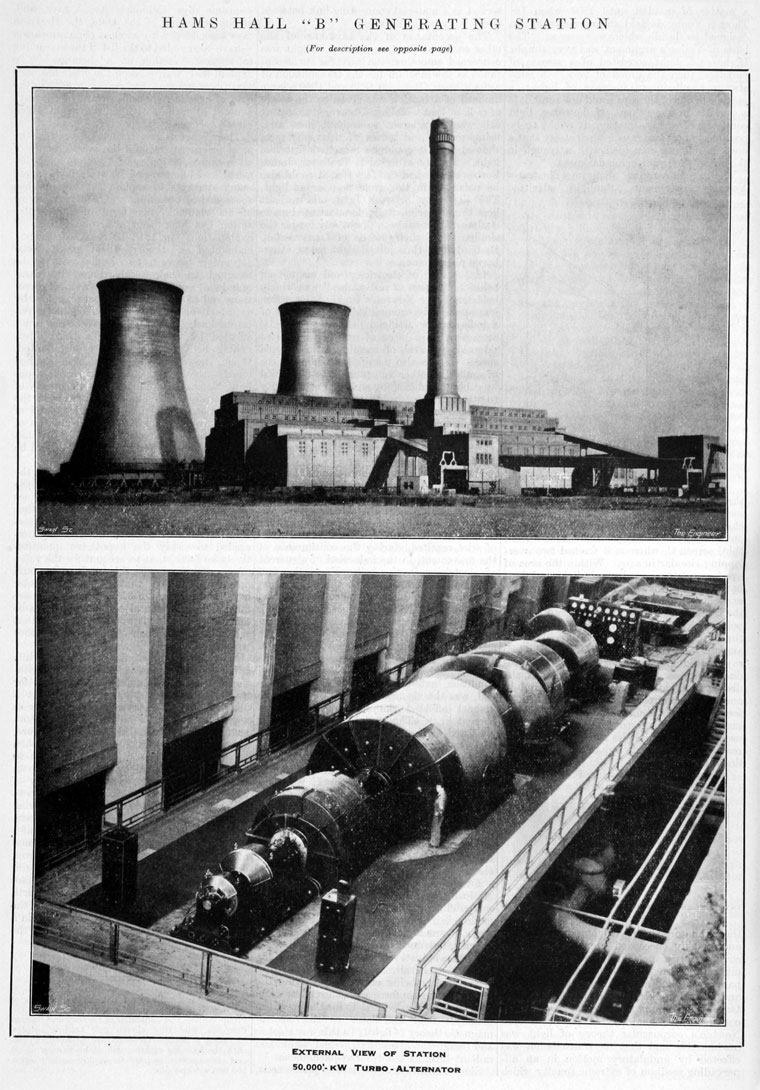 Belonged to the Birmingham Corporation

1927 Work on construction of the Hams Hall "A" station began; the station opened in 1929. Initially the capacity was 60 megawatts, subsequently increased to 90 megawatts.

1943 The final turbo-alternator was commissioned.