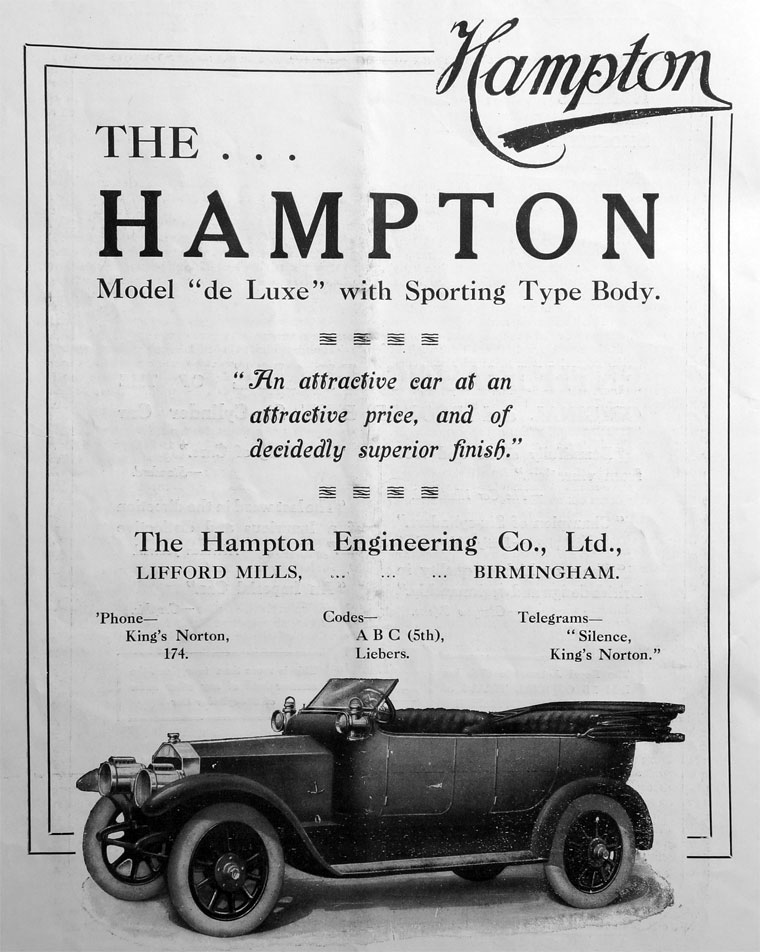 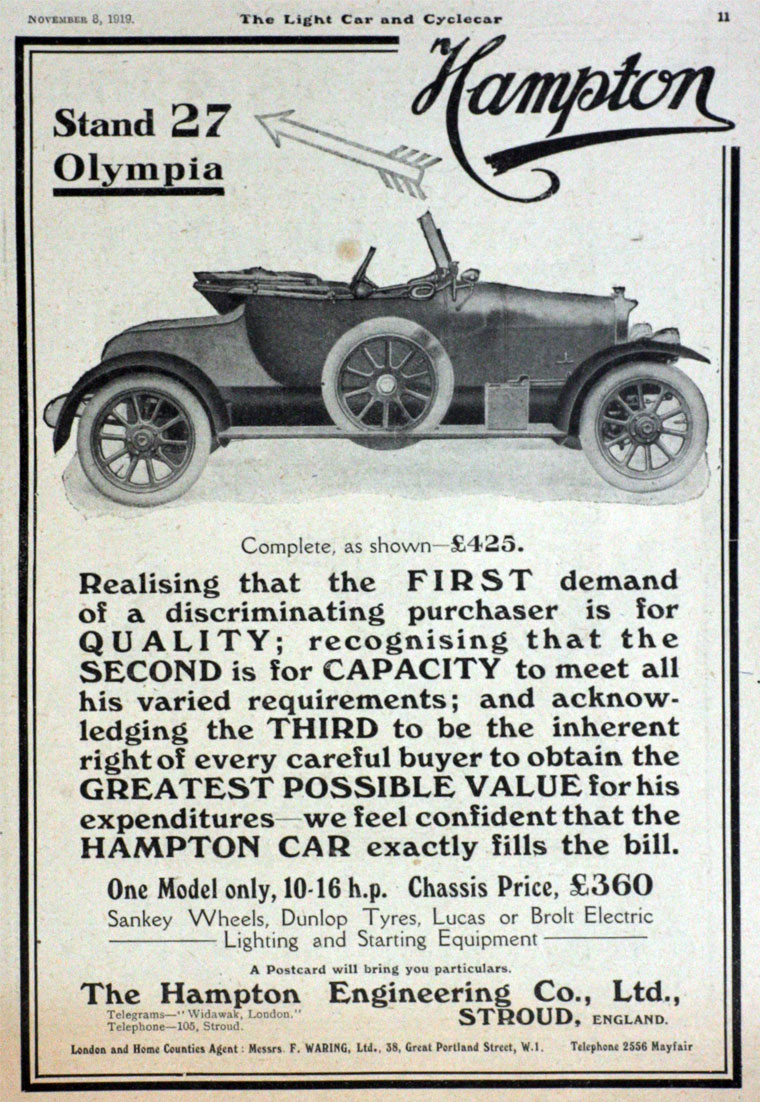 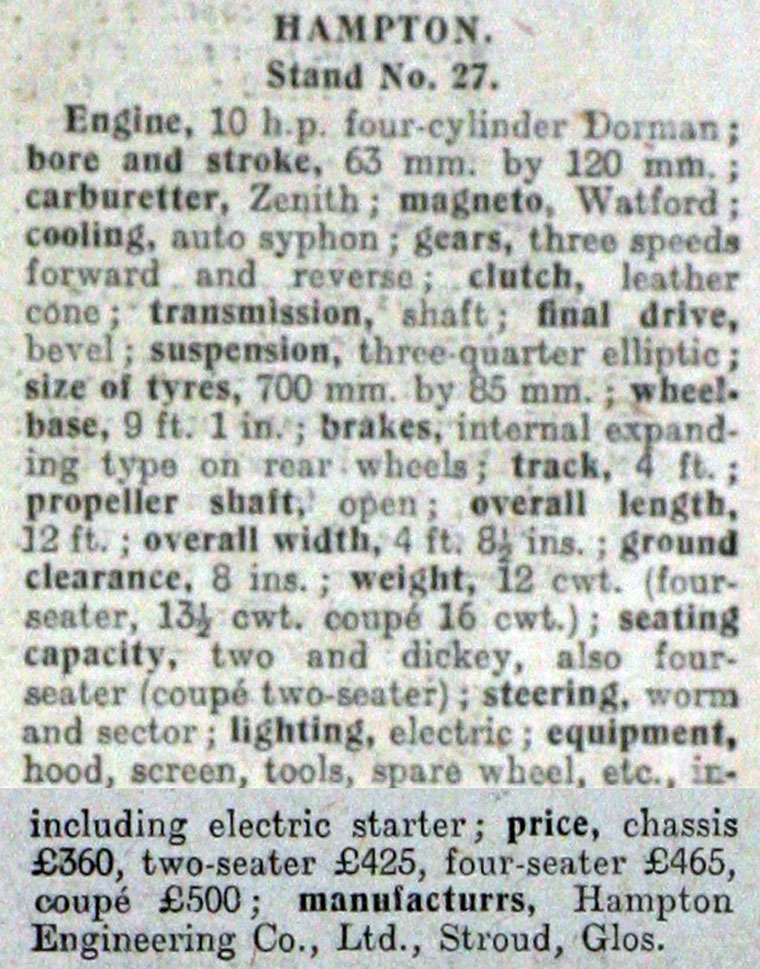 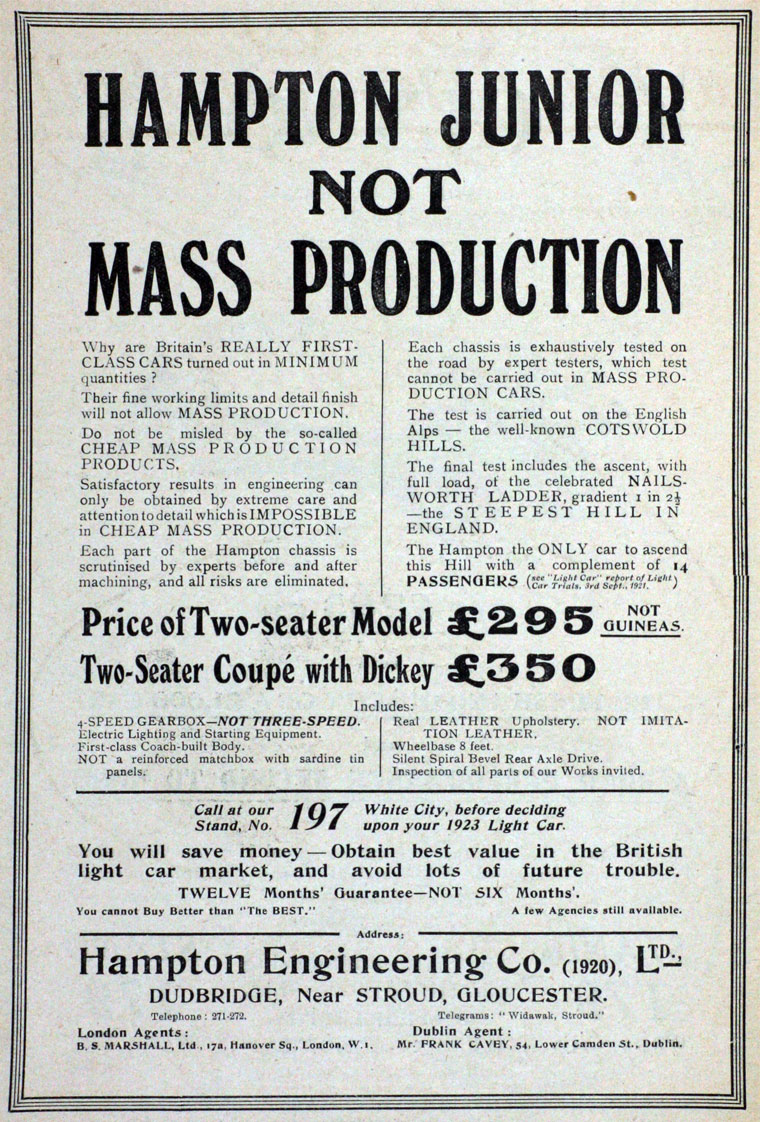 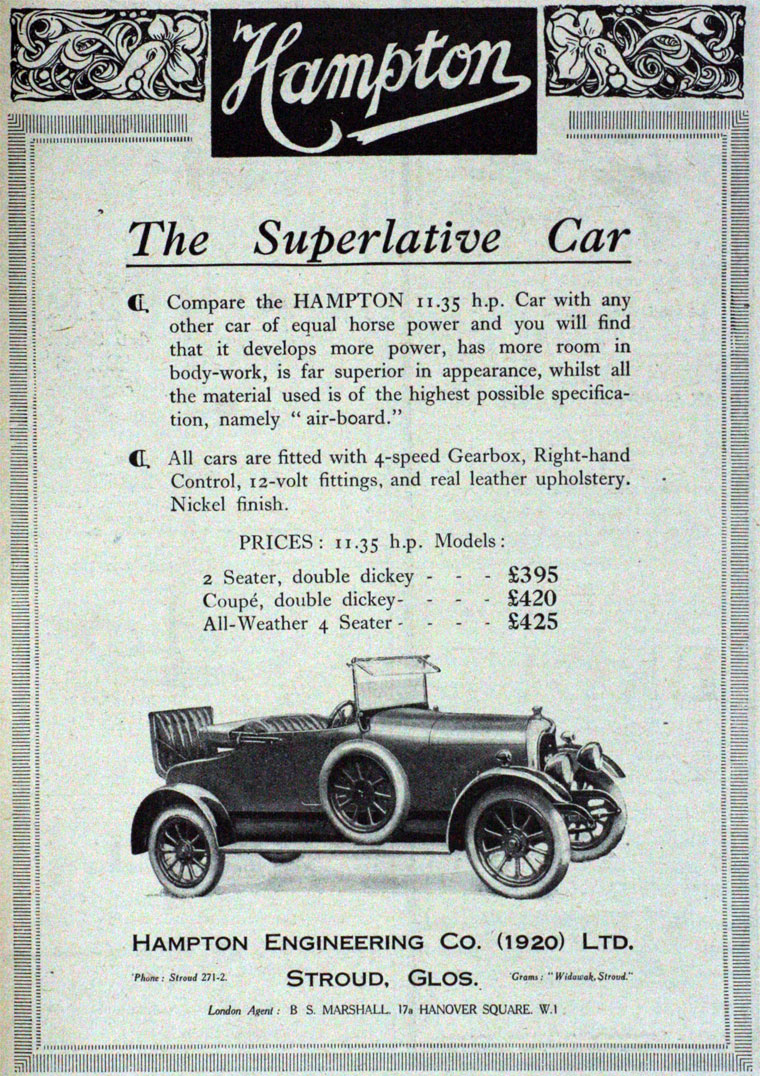 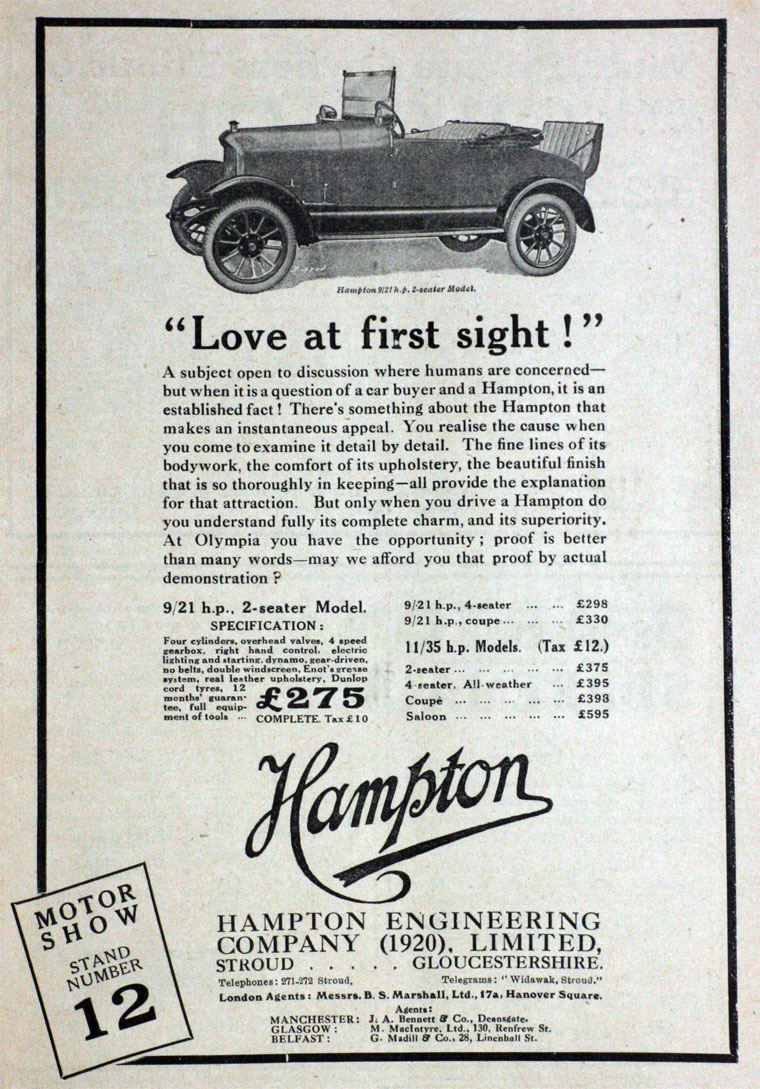 The Hampton was a British car made by the Hampton Engineering Company which was based in Kings Norton, Birmingham from 1912 to 1918 and at Dudbridge in Stroud, Gloucestershire from 1918 to 1933

1911 The company was founded by William Paddon who lived in Hampton-in-Arden, Warwickshire where he sold cars and also offered to manufacture light cars and motorcycles. It is not known how many were actually made.

In 1912 the Crowdy car company of Birmingham failed and the remains of that company was merged with Hampton Engineering and production moved to Kings Norton. The Crowdy 12/14 was fitted with a larger 1726 cc engine to become the Hampton 12/16. A belt driven cyclecar, apparently designed by Paddon, the Hampton 8 with 968 cc V-twin-cylinder air-cooled engine joined the range in 1913 followed in 1914 by the Hampton 10, a 1244 cc water-cooled version with shaft drive.

Production stopped with the outbreak of World War I and the company went into receivership in 1915.

1918 Reformed as Hampton Cars, later as Stroud Motor Manufacturing Co and after that as the Safety Suspension Car Co