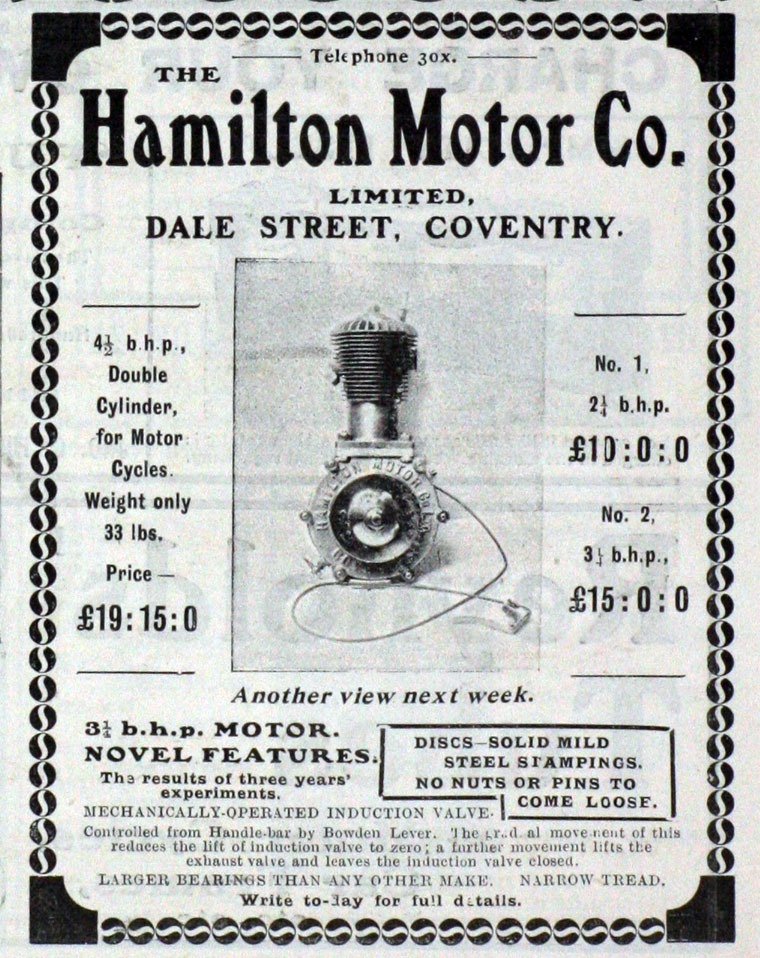 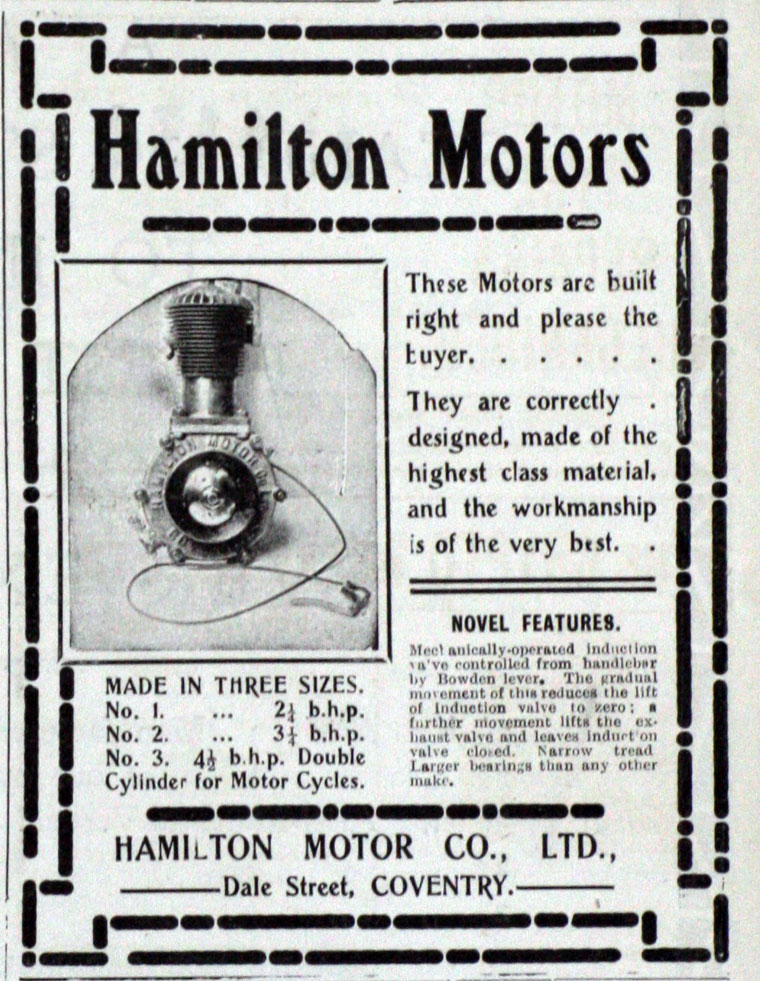 This company made its own engines and cycle parts as well as selling units to other manufacturers.

1901-07 Motorcycles listed singles of 2.25hp, 3.25hp and 4hp and a 4.5hp V-twin on which either cylinder could be cut out at will. These machines were typical primitives of the Edwardian period, and were produced for only a few years.