Section of girder on display at the Discovery Museum, Newcastle 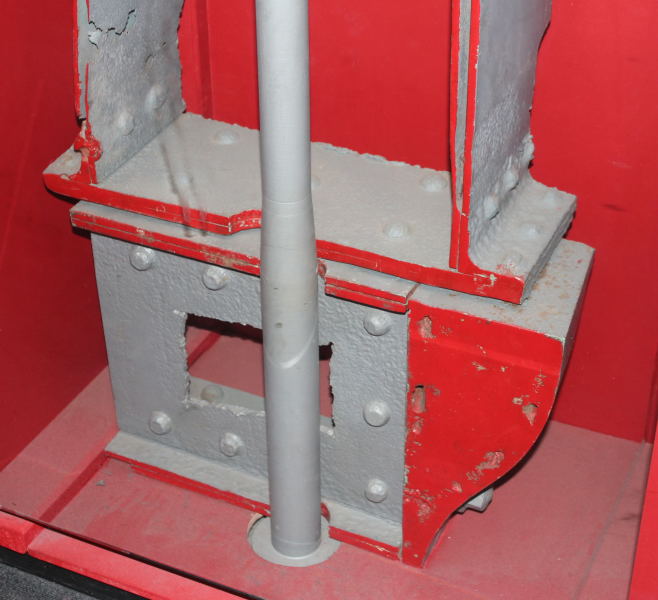 The lower portions of the wrought iron plates are badly corroded, and additional plates had at some point been welded over the corroded areas, attached to the original plates and to the top of the angle iron which connected the side and bottom plates 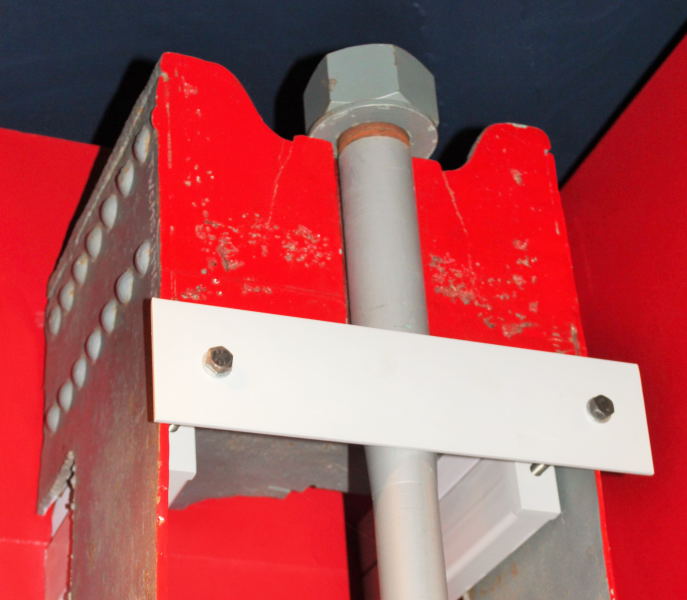 Note the cracks associated with the boss below the nut in the cast iron beam, and also porosity in the casting 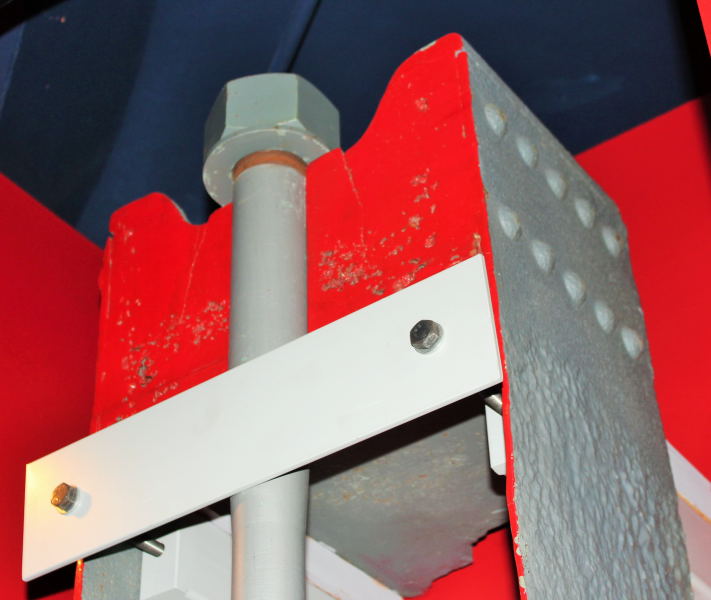 This is a railway bridge crossing Half Moon Lane, on the approach to the High Level Bridge.

As built in 1848, it had an early and unusual form of box girder construction. Each box girder was made of riveted wrought iron plates. Sandwiched between these at the top was a cast iron beam, to which the plates were riveted. There were bosses at intervals along the cast iron beams to accommodate wrought iron hanger rods which supported cross beams carrying the deck. The nearby West Street Bridge was of similar construction, but of much greater span, with considerable skew. See here for detailed drawing of West Street Bridge.[1] This shows that the transverse beams supporting the deck comprised wooden beams sandwiched between wrought iron plates, the asssembly being riveted together. However the Half Moon Lane cross beams may have been of different construction. Decorative cast iron capping was fitted over the top of the flanges and on the outboard side of the bottom of the girders.

Due to the divergence of the street beneath the girders, one outer girder was of 75 ft span, while the other was only 35 ft, and there was a 55 ft girder in between. In 1982 the longer girder was removed and replaced, but sections were saved, while the 35 ft span girder was left in situ, but carried no load. This girder can still be seen from the road, revealing little of its unusual construction. A wider bottom flange seems to have been added at some point.

A section of the removed girder is on display Discovery Museum, Newcastle, although it is wrongly identified as being from the High Level Bridge. The thinness of the plates is readily apparent. They would have been stiffened at intervals by T-section bars riveted at the junctions between plates, between which were sandwiched diaphragm plates. The lower part of the wrought iron plates suffered badly from corrosion. On the inboard flank this was probably due to the retained moisture in the railway ballast, while on the outboard flank the responsibility probably lies with the retention of moisture behind the decorative capping. The photos show that at some point iron or steel plates had been welded over the damaged areas.