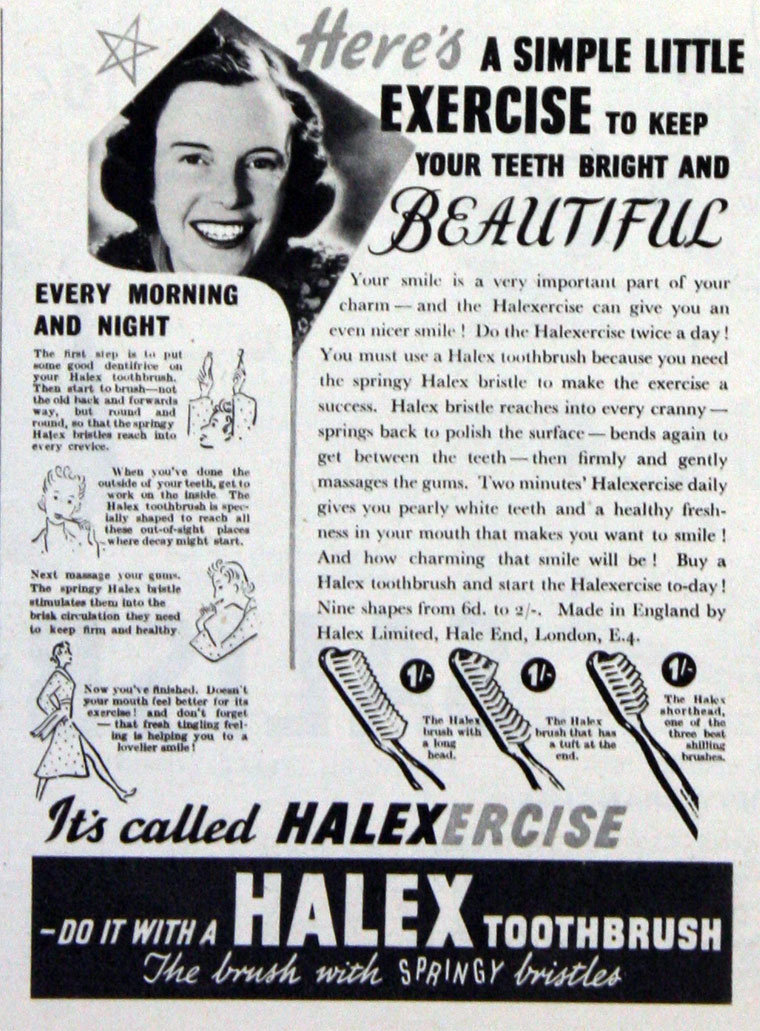 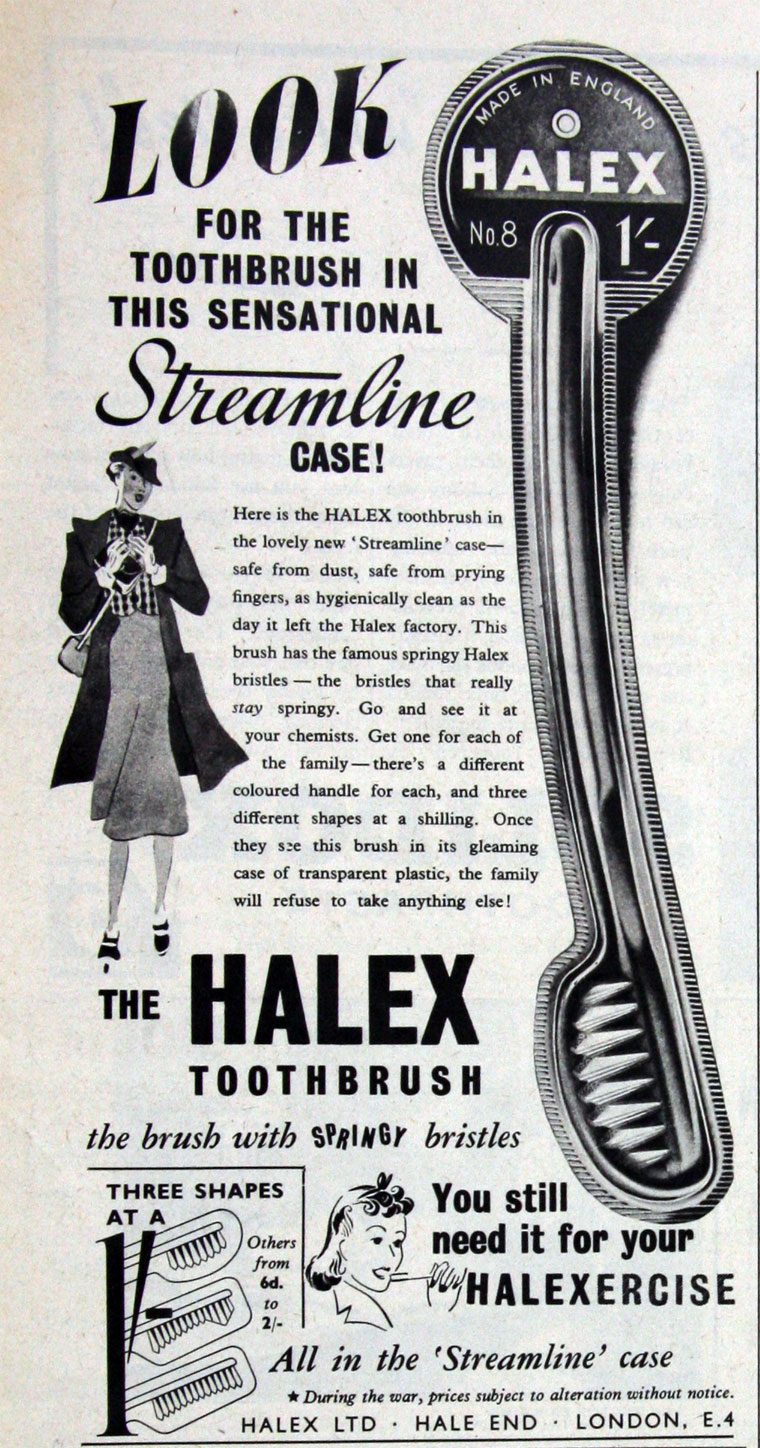 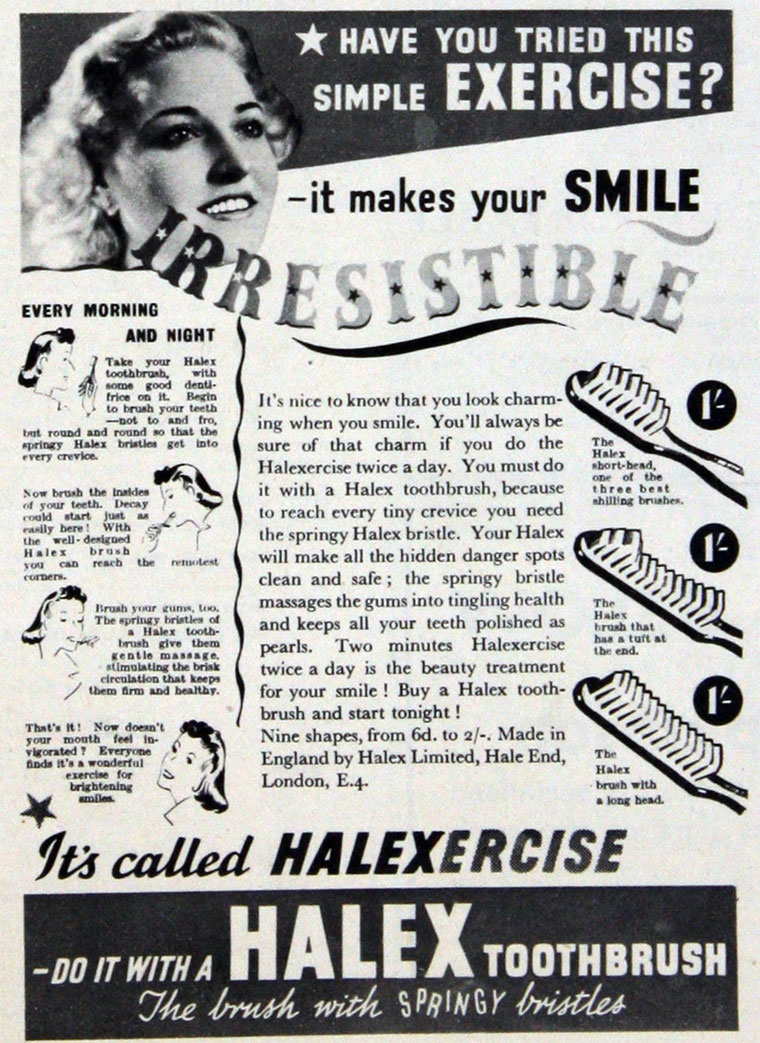 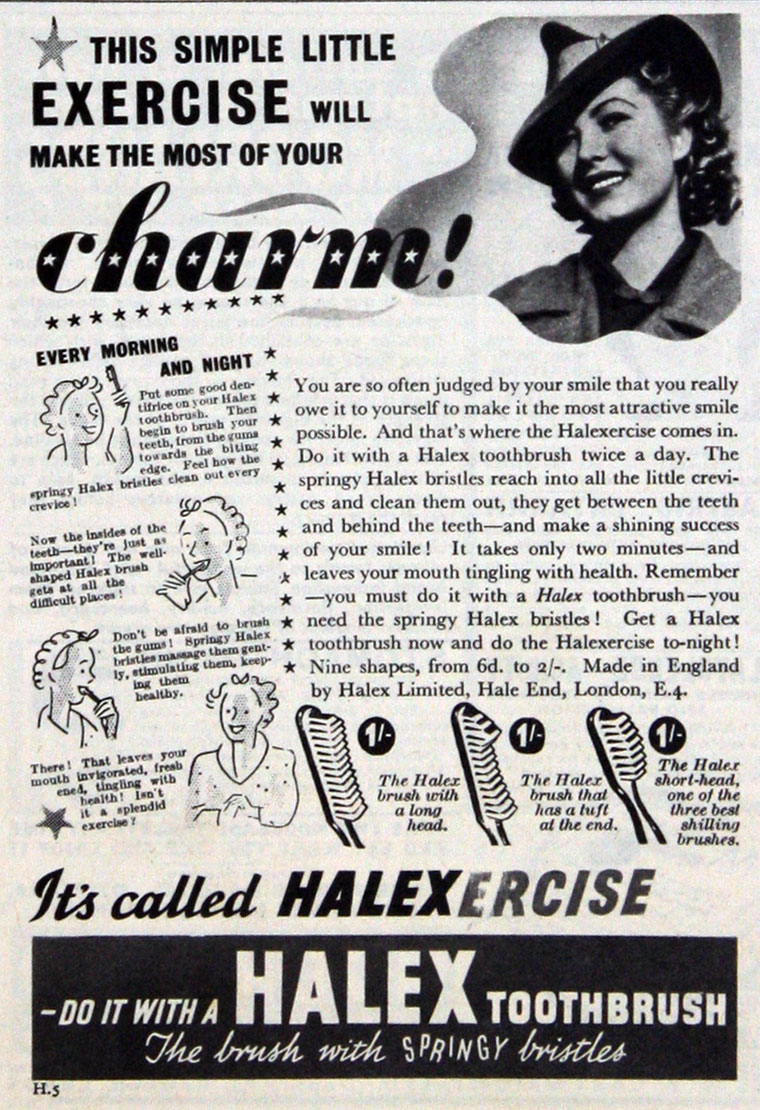 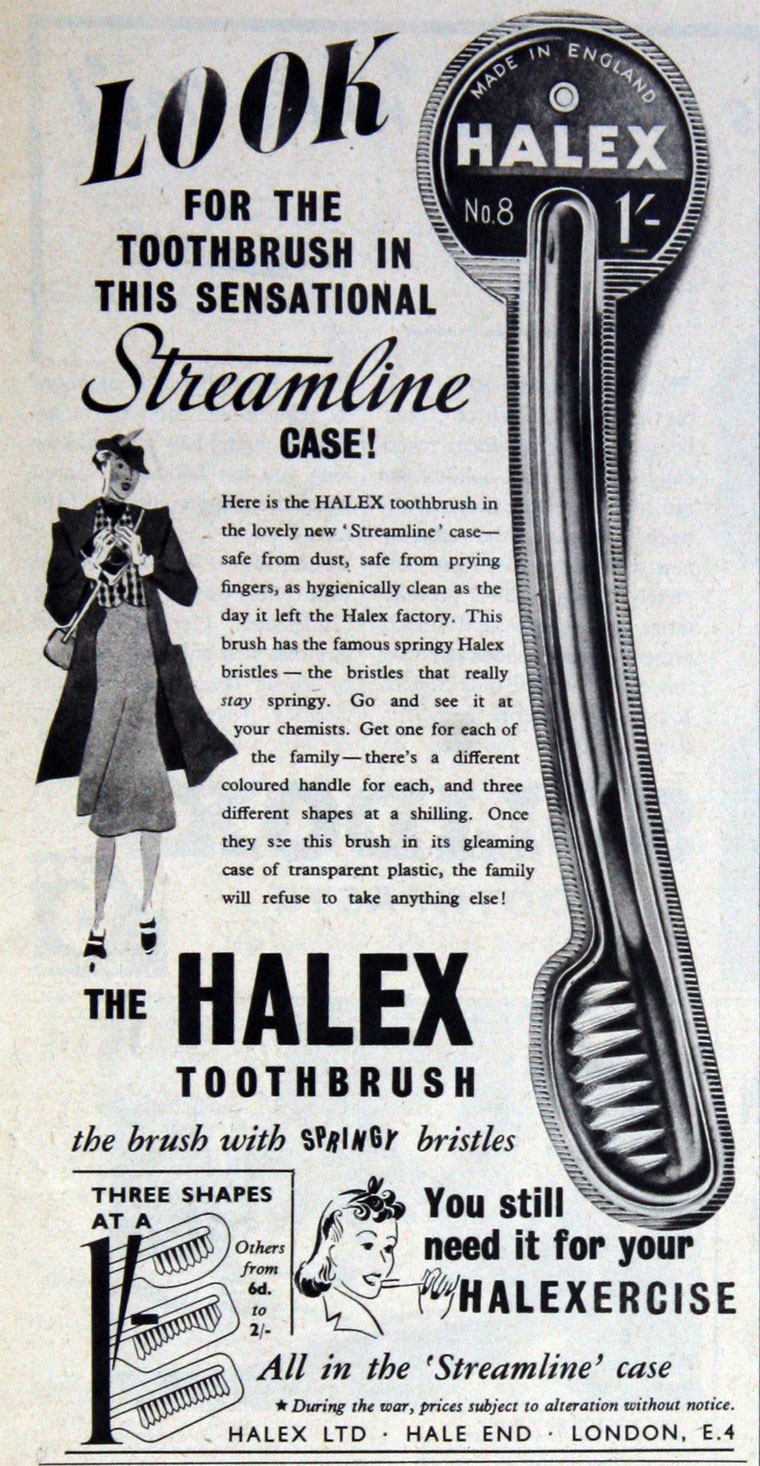 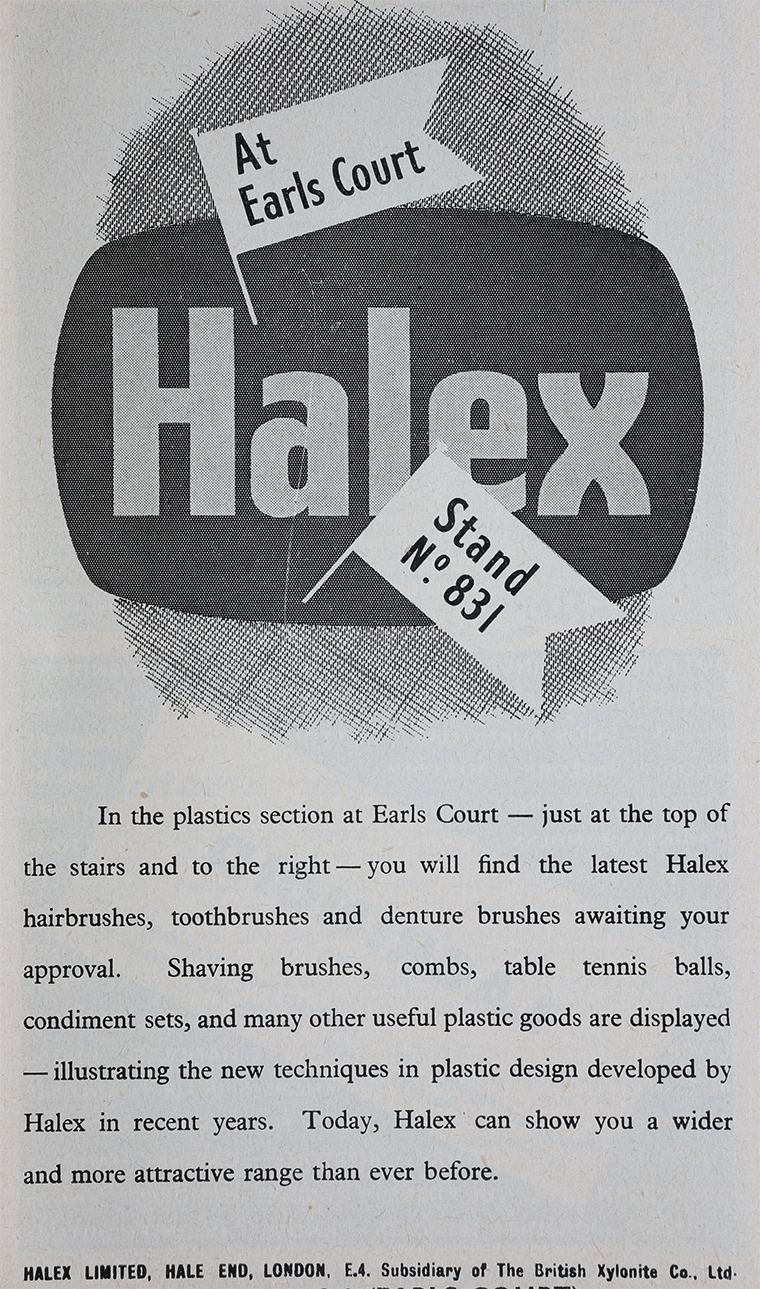 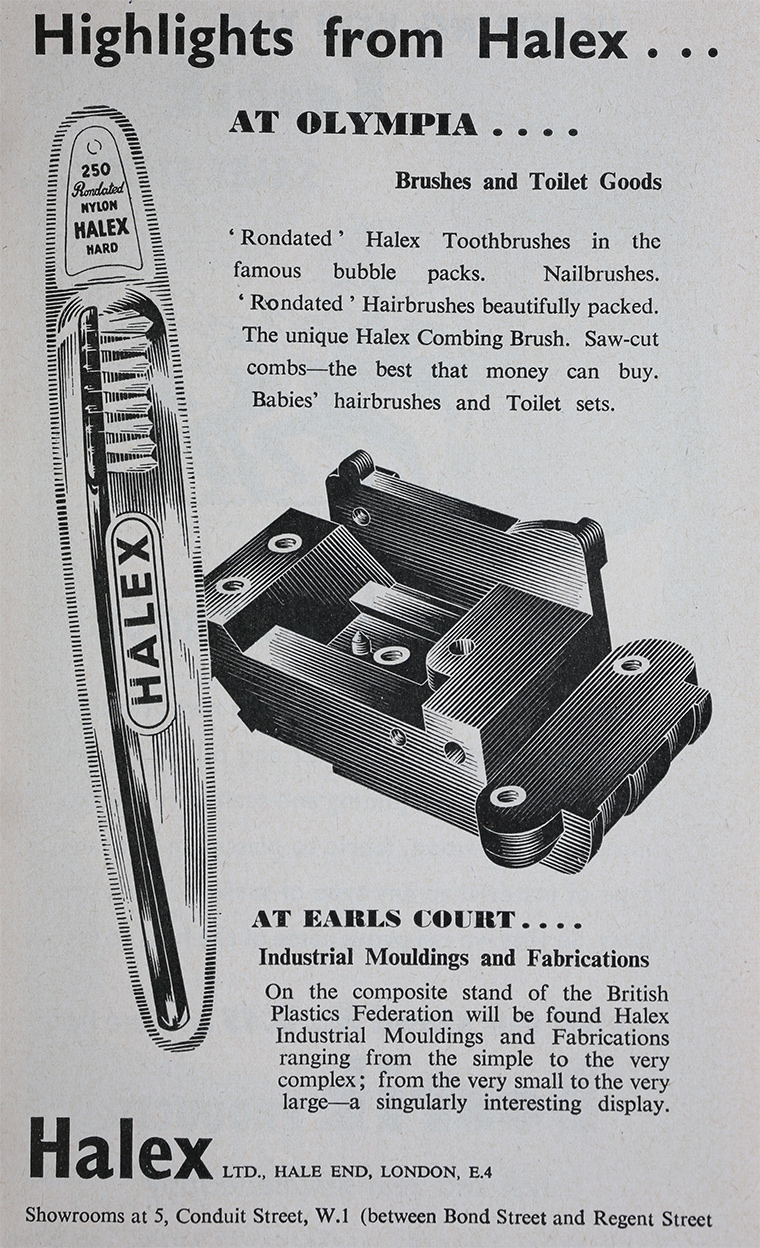 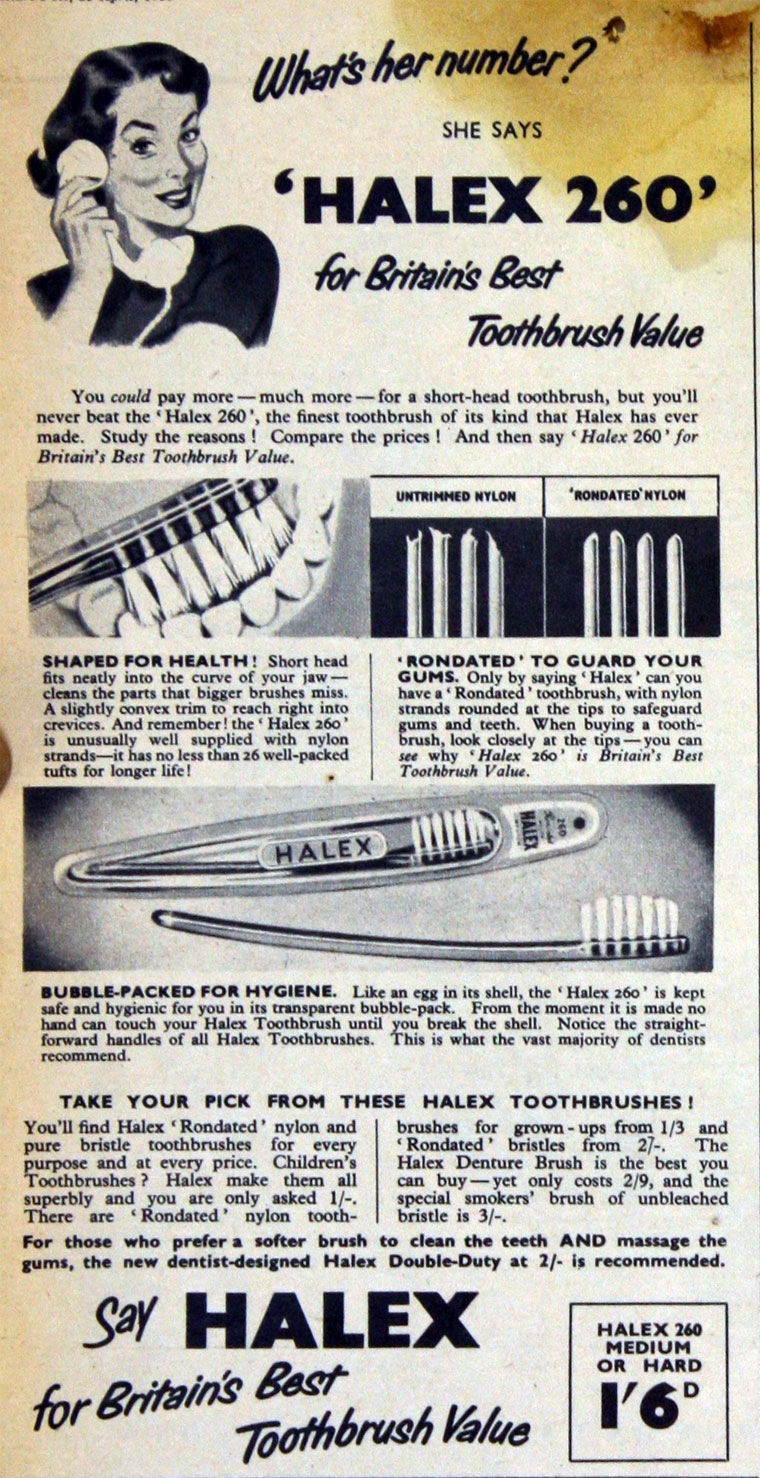 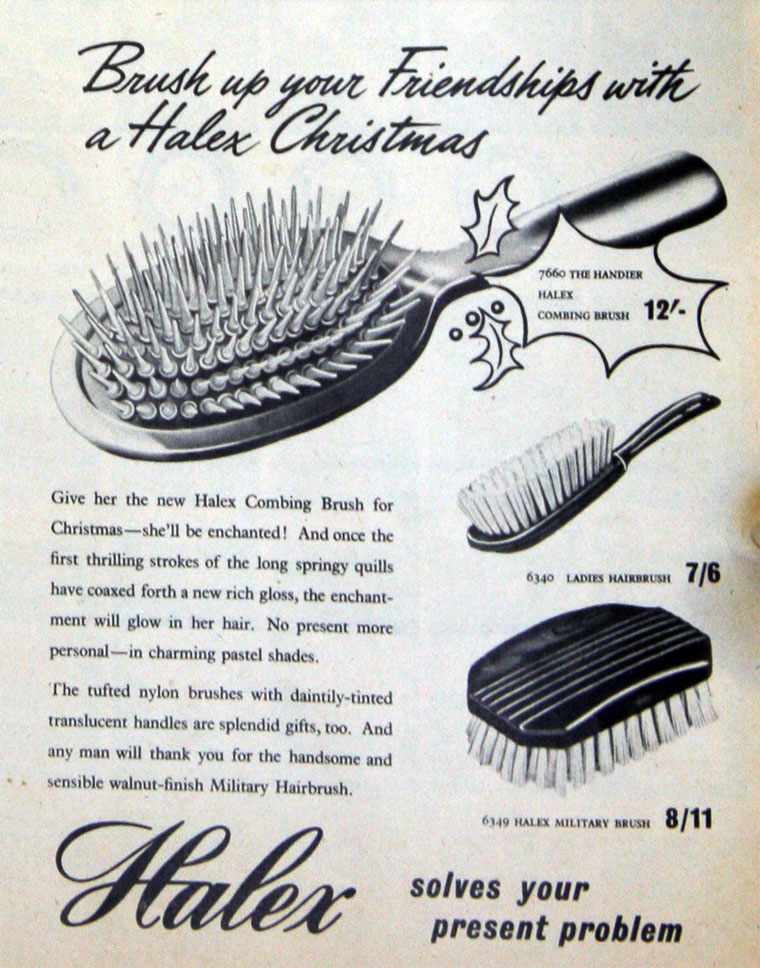 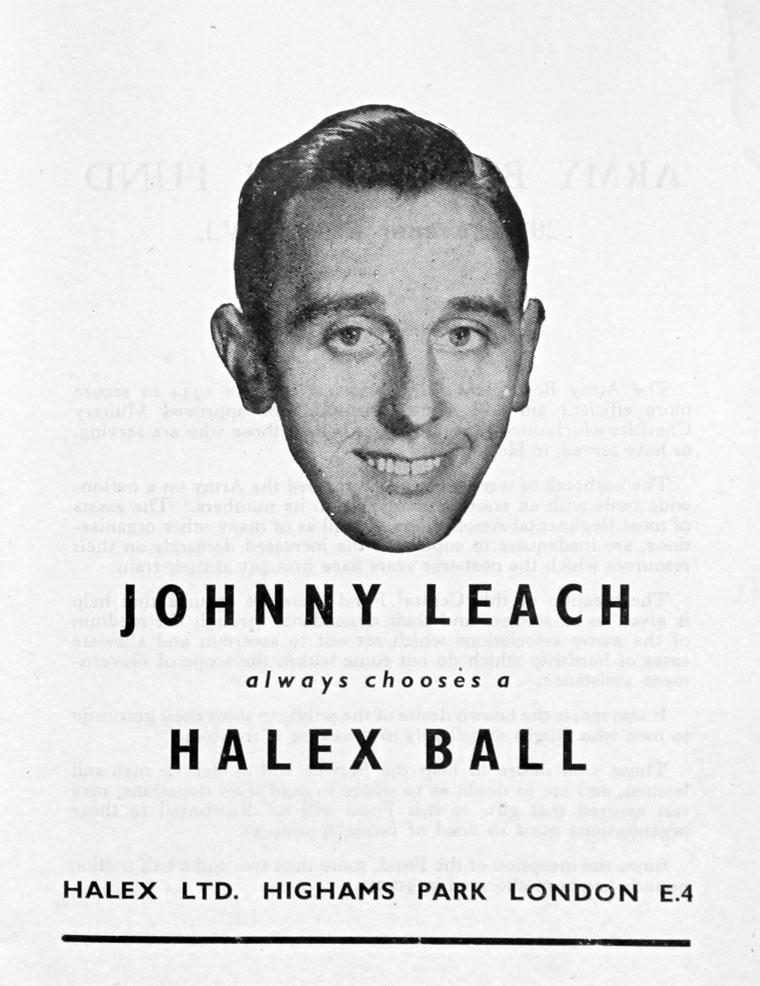 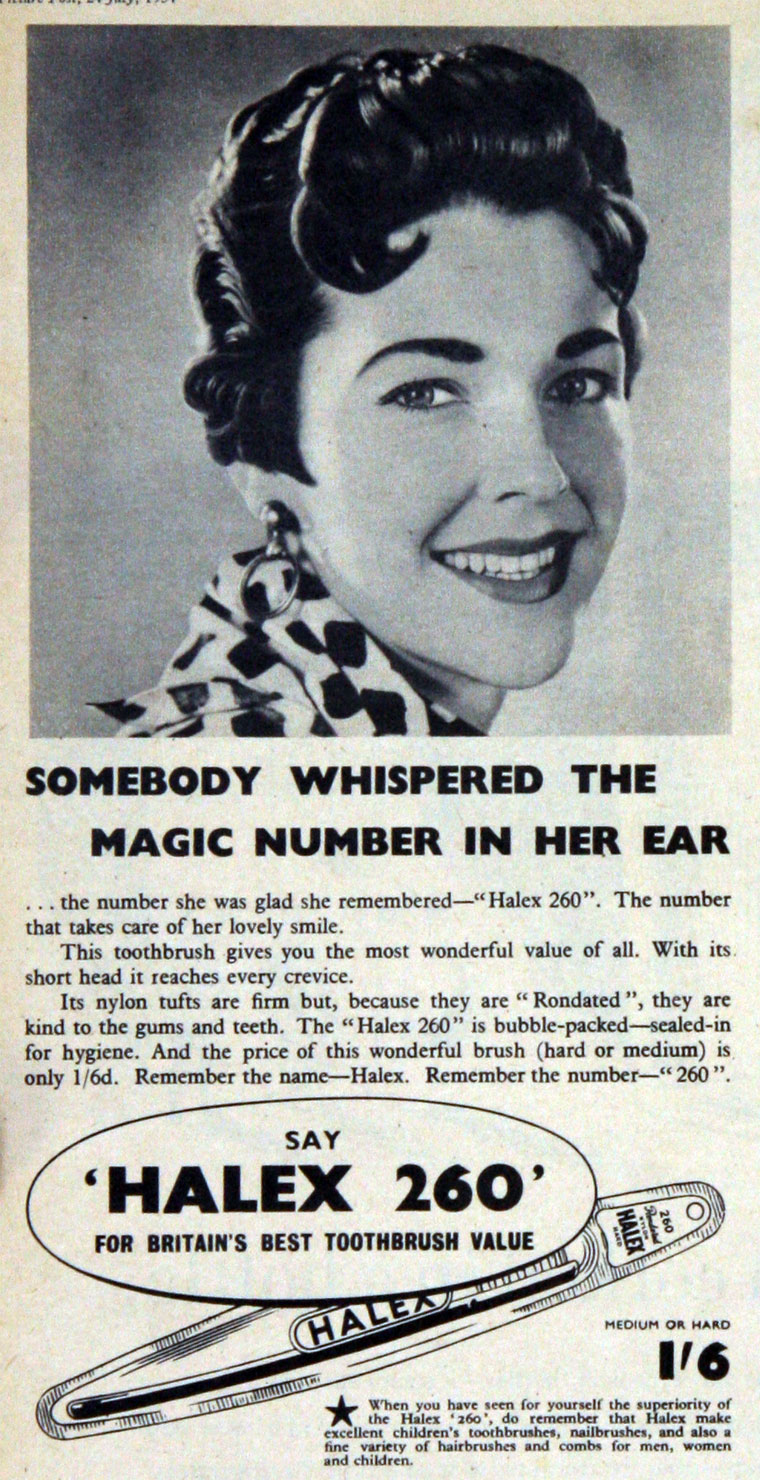 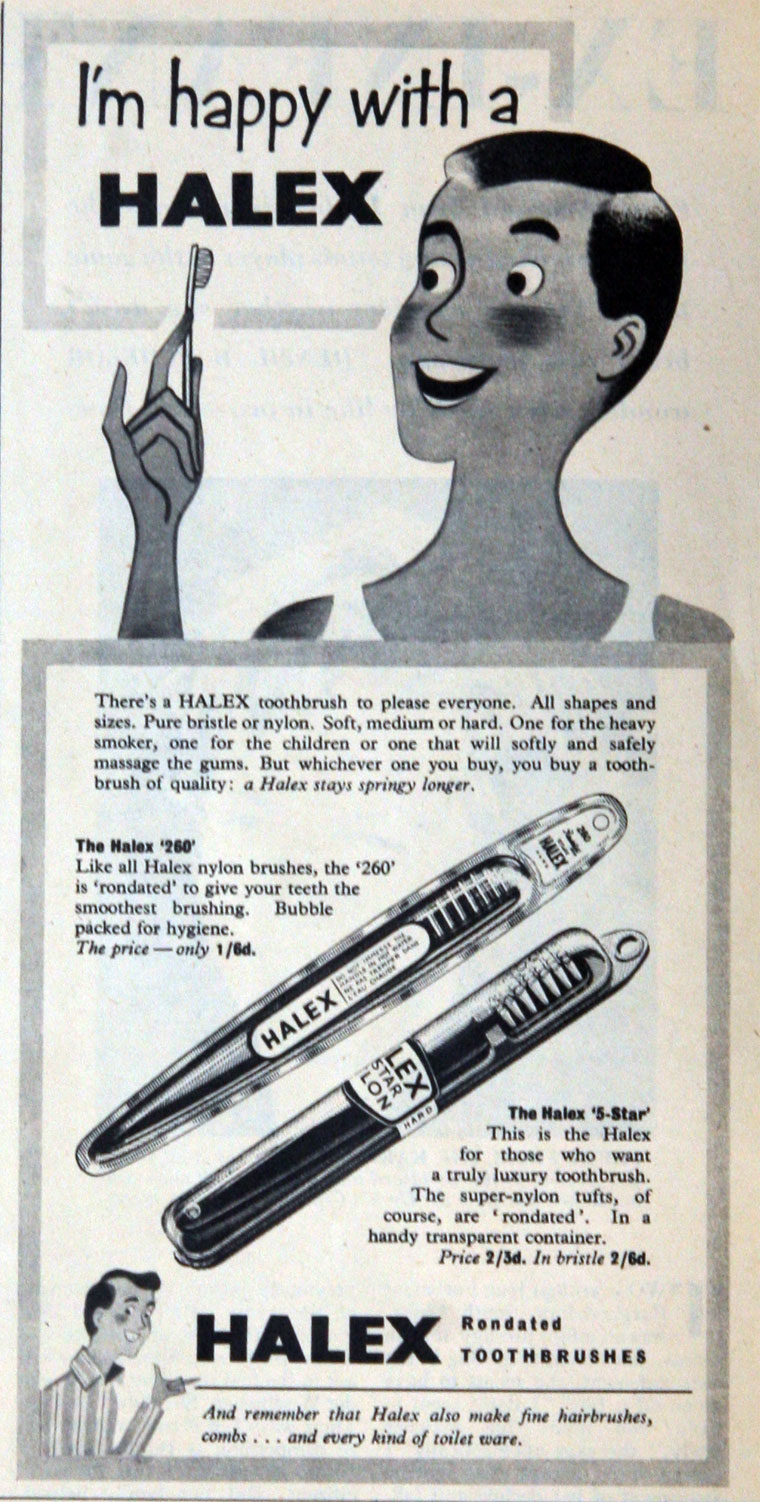 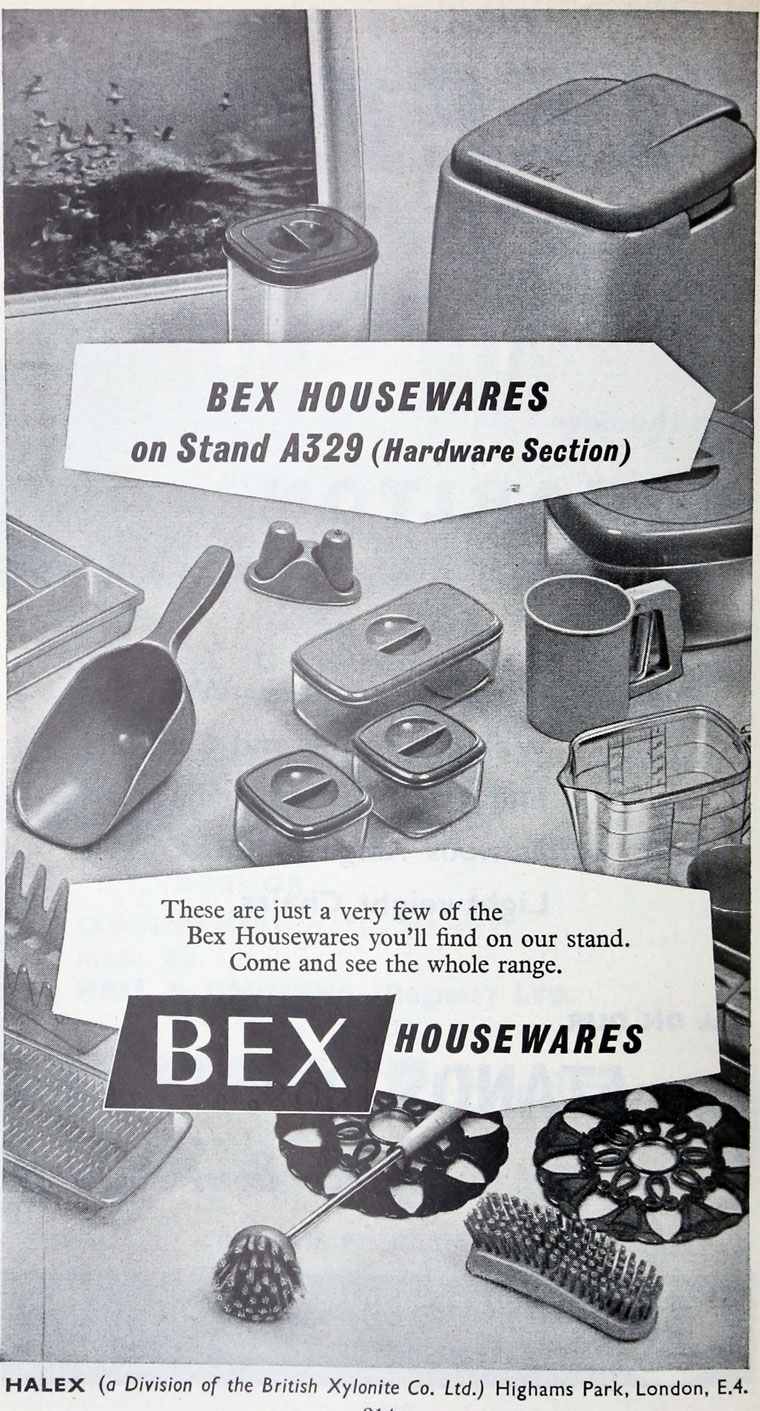 Up to 1897 British Xylonite Co made its finished goods at Homerton, having moved its celluloid production to Brantham in Suffolk in 1887.

1896 British Xylonite Co bought Jack's Farm at Hale End near Walthamstow.[1]. This was the first large outside company to move into Walthamstow.

1897 A factory was built and opened at Hale End (its products going by the trade name of Halex) which also housed the head office of British Xylonite Co.

1921 The company had pioneered the manufacture of celluloid in Britain and began to produce lactoid, a non-inflammable substitute for it.

1939 Distillers Co bought a 50% interest in British Xylonite Co. The Hale End works, under the name of Halex Ltd, became the centre of production of the group's plastics goods, such as combs and toothbrushes, with virtually a monopoly of table-tennis balls.

1955 The Halex factory had been modernised to allow use of new equipment to make larger BEX household goods; the firm had started selling the Bissell carpet sweeper, made under licence from Bissell Carpet Sweeper Co of USA, which would use a few plastic parts[3]