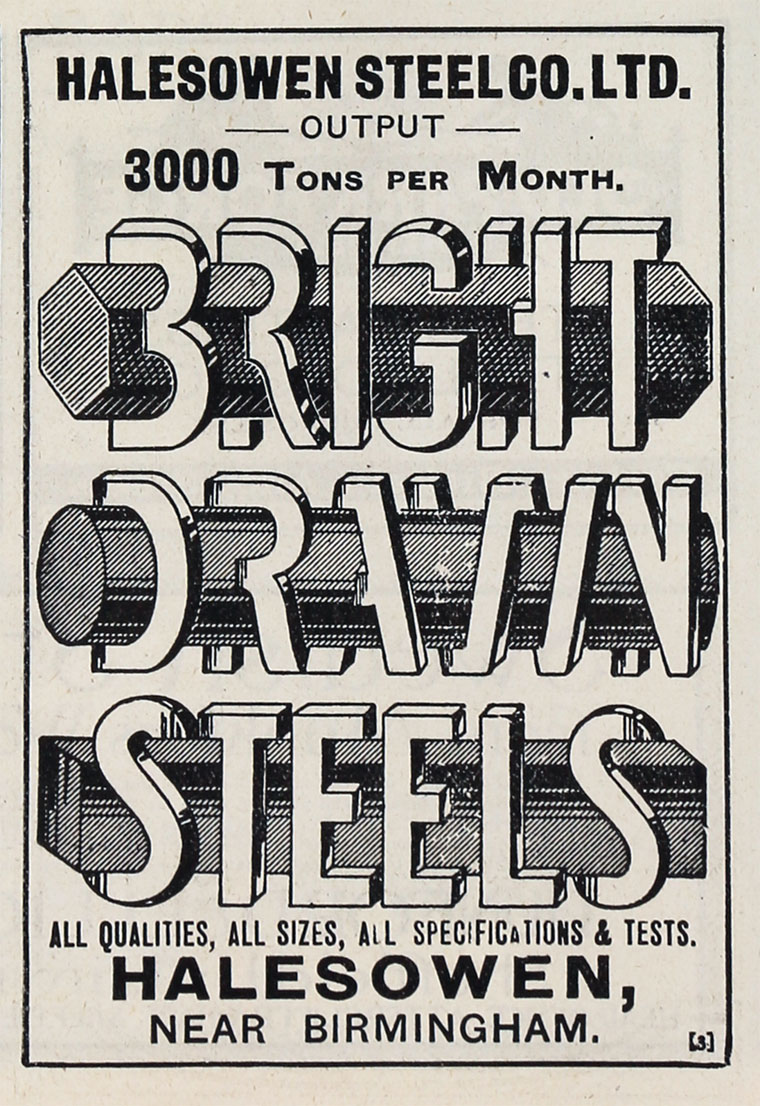 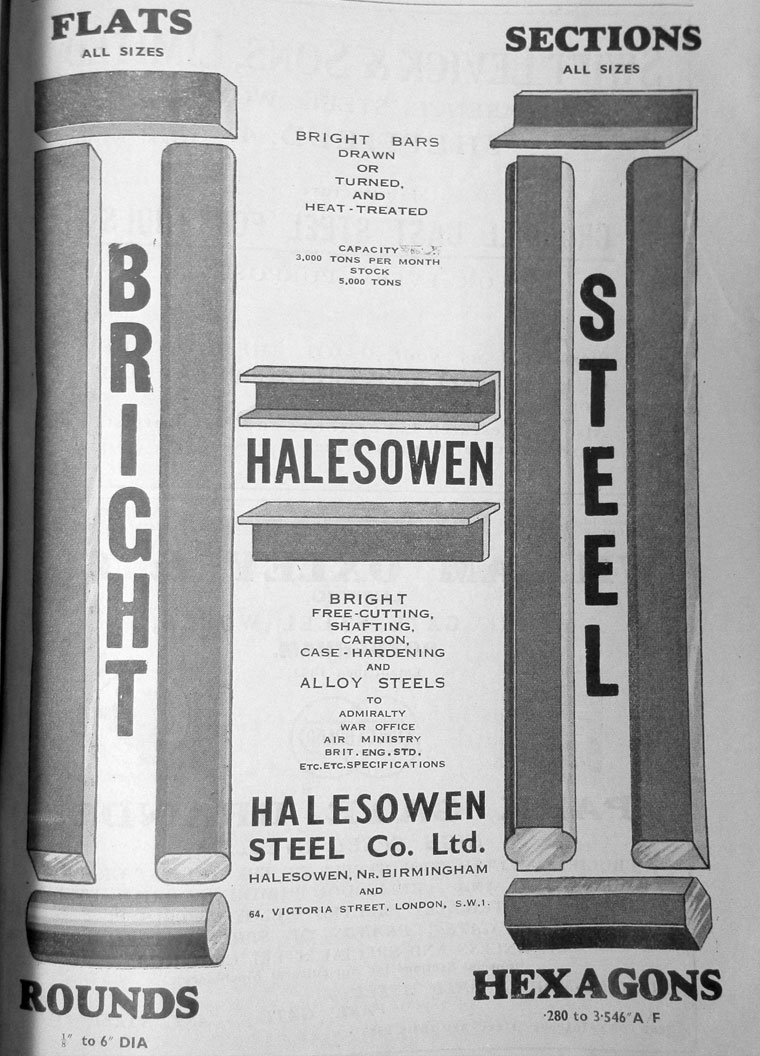 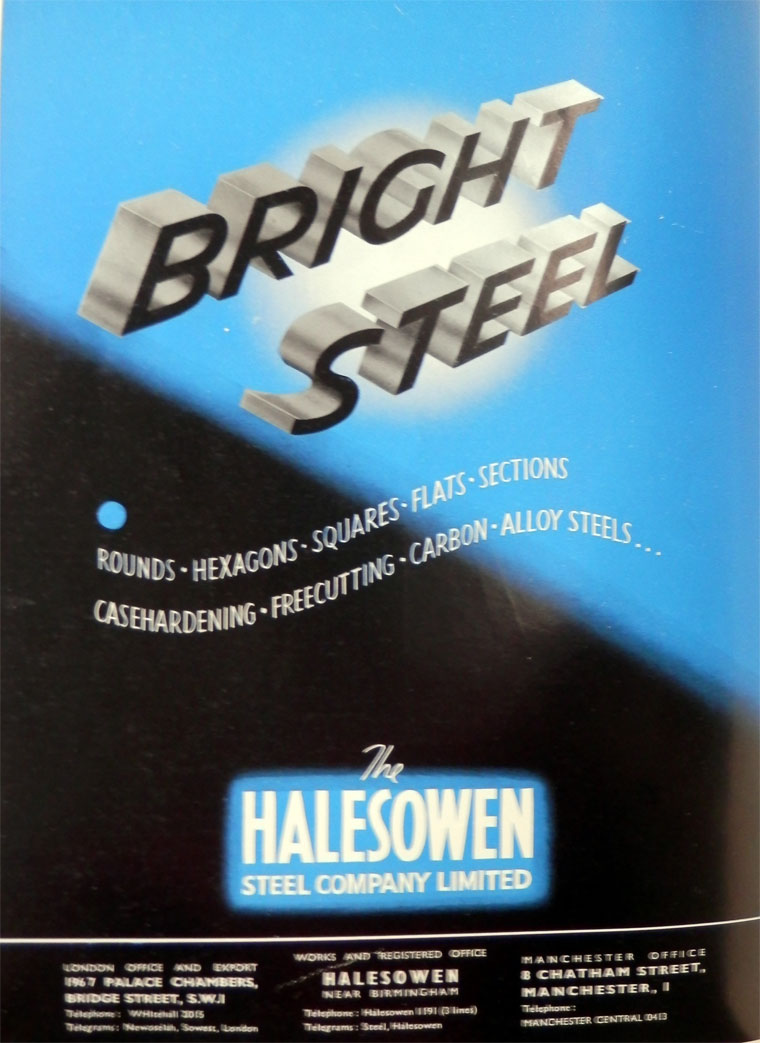 1908 Private company, formed for purpose of entering agreement with Frederick Davies Green about special processes in relation to manufacture of steel bars[1].

1936 Converted into a public company on 31 December. 10 acre site close to the L.M.S. and G.W.R. railways. Its products were used in the general and electrical engineering industries, in manufacture of motor cars, aeroplanes and munitions

1962 Announcement of negotiations with W. T. Flather of Sheffield , a company in similar business, about amalgamation[2].

1965 The integration of the Flather and Halesowen companies had been completed; the 2 constituent companies continued to have separate boards in the new entity.

1975 The Halesowen site was redeveloped as the Shenstone Estate, consisting of factories and warehouses.