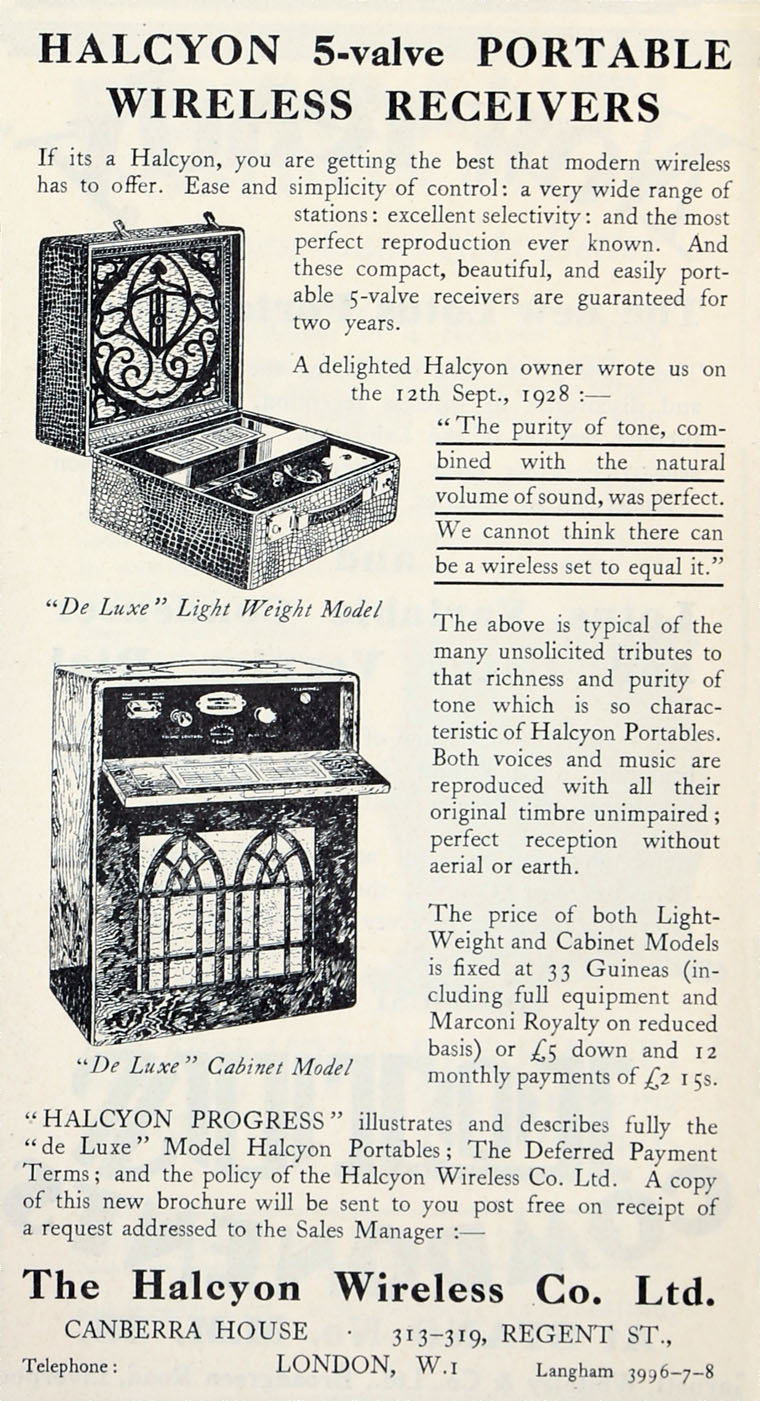 1934 Merchant H. C. Rawson was interested in Halcyon Radio Co which had recently introduced a new model and was also interested in television. John Ismay and Sons acquired a large interest in Rawsons.[2]