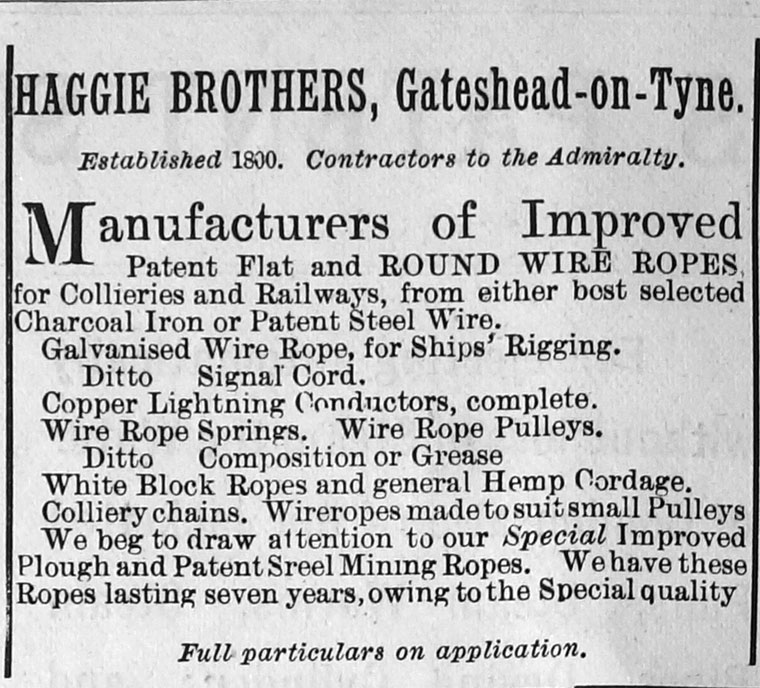 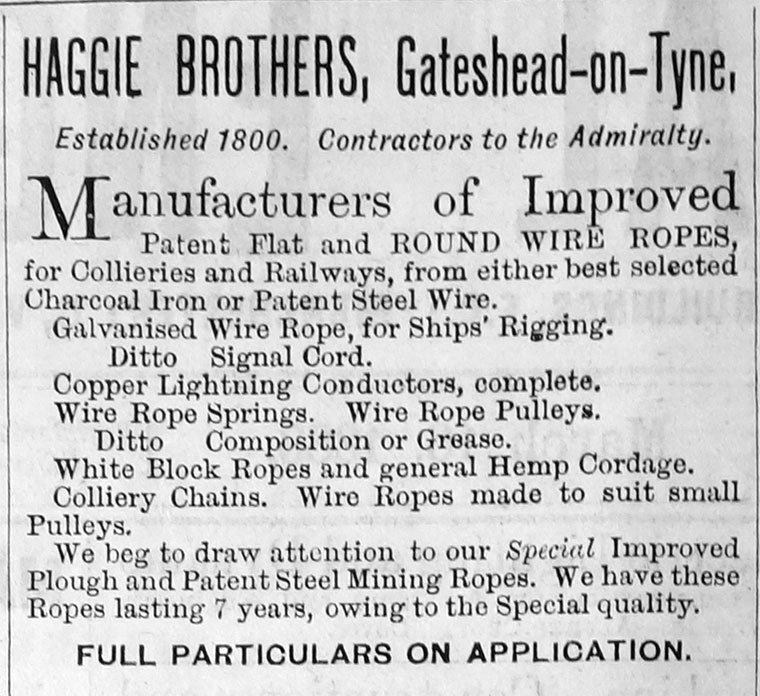 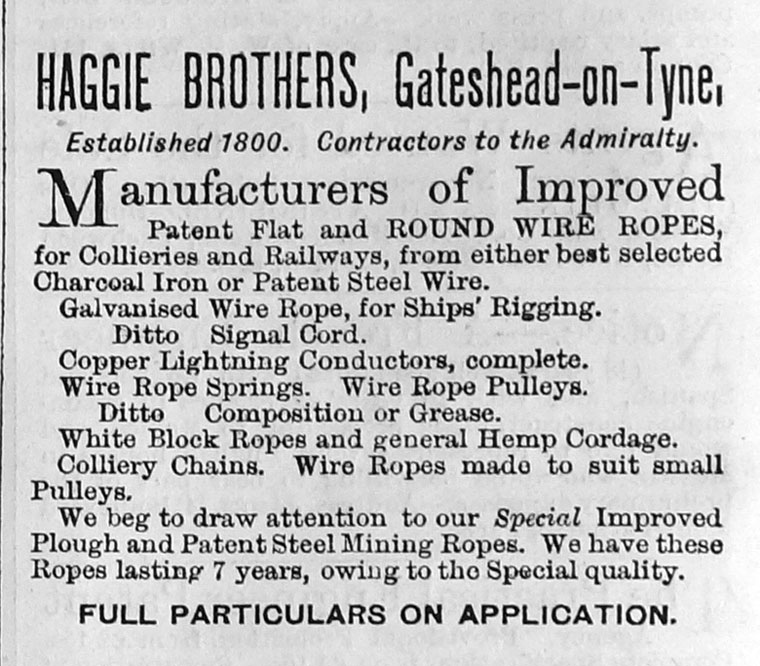 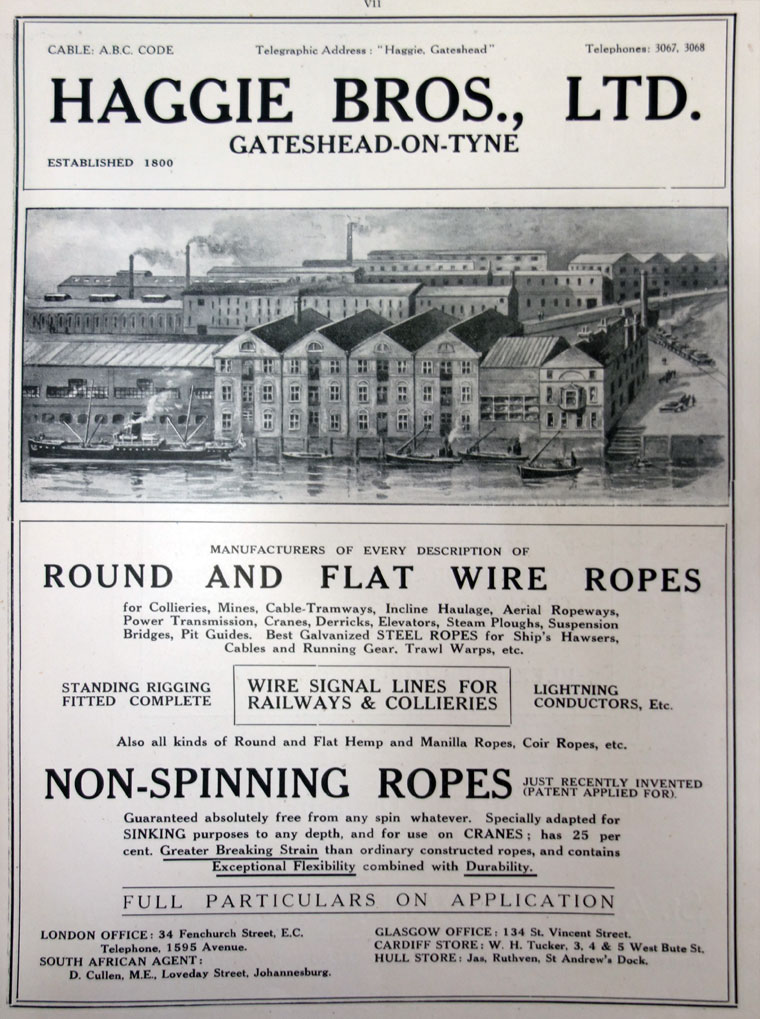 1843 Partnership change. '...the Partnership heretofore subsisting between us the undersigned, Robert Hood Haggie, David Haggie, the younger, and Peter Haggie, carrying on business at Gateshead South-shore, in the county of Durham, as Rope Makers and Chain Makers, under the style or firm of Haggie Brothers, was, on the 10th day of June 1843, mutually dissolved, so far as regards the said Robert Hood Haggie...'[1]

1924 One of the companies incorporated into British Ropes Ltd on its formation[2], together with its subsidiary Tyne Wire Drawing Co, also of Gateshead.