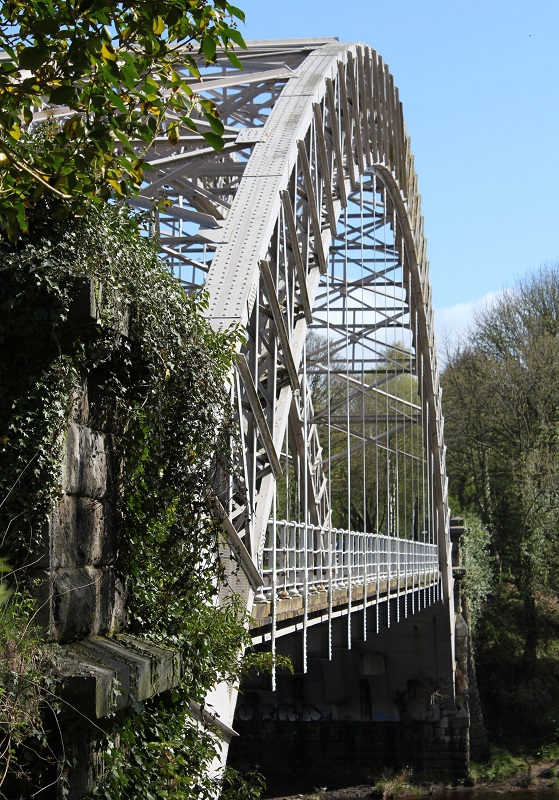 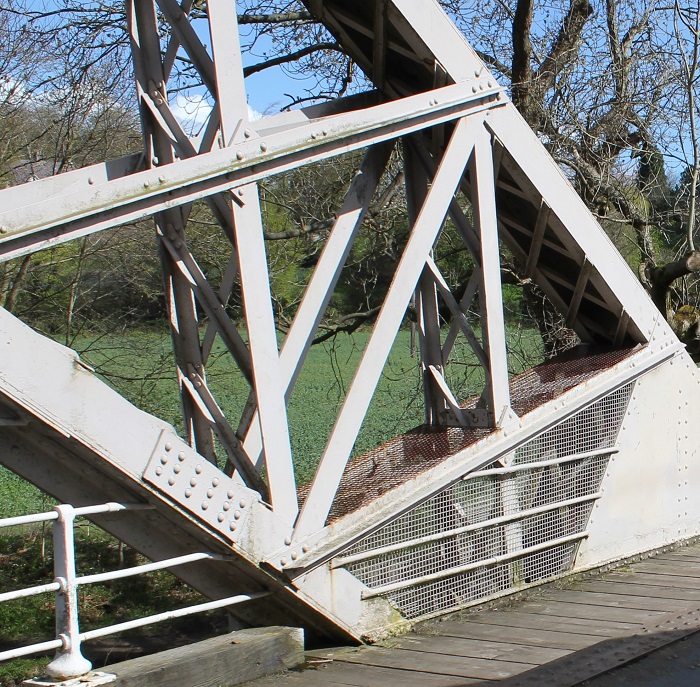 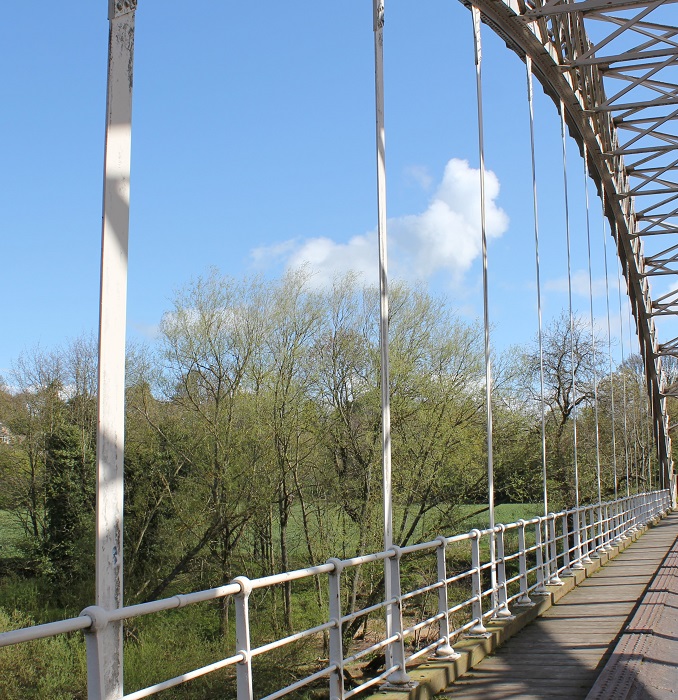 A former railway bridge across the River Tyne at Wylam.

Also known as Points Bridge and Half Moon Bridge.

The bridge is of the bowstring type, or more specifically, a through-arch suspension bridge.

The original plan was for a more conventional bridge, with three piers standing in the river to support four short sections, but this was opposed by the local coal companies who feared for the integrity of their shallow workings which were already suffering from flooding. Instead an elegant single span of 240 ft was designed by William George Laws and his brother Hubert Laws, comprising three wrought iron lattice girders. From these, the twin-track decks were suspended, resting on transverse beams that were held by 15 drop bars. This through arch bridge helped to push the boundaries of bridge building. Its ironwork was made by Hawks, Crawshay and Sons of Gateshead; W. E. Jackson and Co built the foundations and abutments. The cost was £16,000. To ensure accuracy of construction of the half ribs, Hawks prepared a moulding floor in their works with an area of 125 by 50 ft., on which the half arch was drawn full size.[1]

1876 The first revenue-earning train crossed the bridge on 6th October 1876.

1968 The bridge was closed. It was later bought and restored by Northumberland County Council

It was listed in 1985 and reopened as part of a footpath in the pleasant Tyne Riverside Country Park in 1997.

There are three arched lattice girders, the top and bottom chords of which are each assembled with channel-section members arranged thus: [ ]. On the top chord there are plates riveted to the top of the flanges of the channels, while diagonal cross braces are riveted to the bottom flanges (see Photo 12). The opposite arrangement applies to the bottom chord, but in addition angle iron members are riveted to the underside, which serve to attach the vertical deck hangers (see Photo 10). Photos 13 & 14 clearly show the slenderness of the hangers.

Photos 8 & 9 show how the lower ends of the hangers are attached to cross beams. These in turn support the main deck beams. Photo 2 shows the top flange of these beams, which are cross-connected by dished plates.

The ends of the three arch girders are firmly interconnected by riveted 'boxes' (Photos 6 & 7).