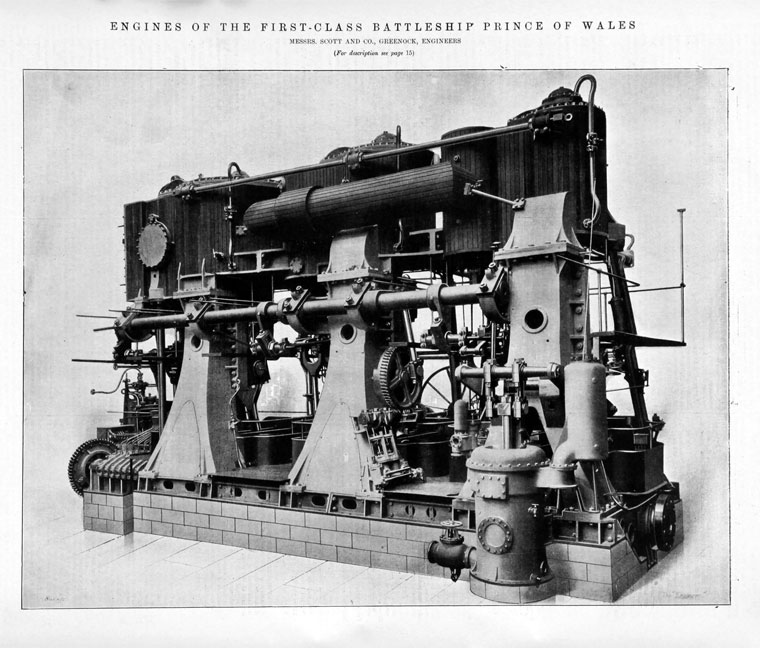 A Formidable-class battleship launched in 1902 and sold for scrap in 1920.

A King George V-class battleship launched in 1939 and sunk in a Japanese airstrike in 1941.

"She is a sister ship to "King George V" and the second ship of her class. Three more ships are yet to come, the "Duke of York," "Jellicoe" and "Beatty," all of the 1937 naval programme. They were launched some months after the first two battleships and are due for completion this year, work on them being well advanced.

All of these ships have a displacement. of 35,000 tons, the principal dimensions being length, 739ft. 8in.; beam, 103ft.; and draught, 27ft. 8in. The armament comprises ten 14in. guns, sixteen 5·25in guns, four multiple pompoms, besides several smaller guns. Four aircraft are carried, two launching catapults being provided. It is officially stated that the armouring of these ships includes enhanced defence against air attack, which embodies an improved distribution of deck and side armour, more elaborate sub-division and an improved system of under-water protection. According to " Jane's Fighting Ships," unofficial reports give the weight of armours over 14,000 tons and its water line thickness as 16in.

The "Prince of Wales" was laid down on January 1st, 1937, at the Birkenhead yard of Cammell, Laird and Co., Ltd. Her propelling machinery comprises a quadruple-screw arrangement of Parsons geared turbines taking steam from Admiralty three-drum oil-fired boilers. The designed output of the turbines is about 152.000 S.H.P., corresponding to a speed of over 30 knots. Improvements in boiler design have reduced the boiler weights in these ships by about 15 per cent as compared with the earlier battleships "Nelson" and "Rodney." [1]