Grace's Guide is the leading source of historical information on industry and manufacturing in Britain. This web publication contains 148,430 pages of information and 233,876 images on early companies, their products and the people who designed and built them. 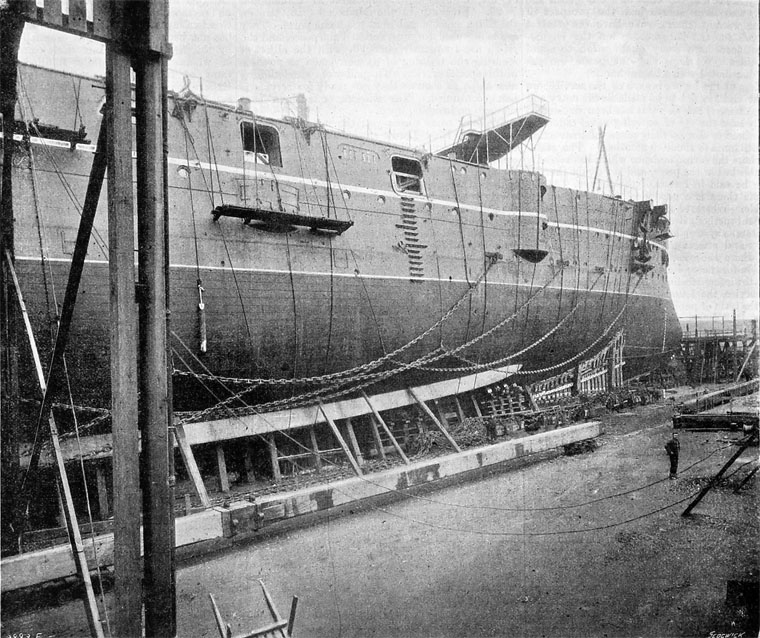 HMS Niobe was a ship of the Diadem class of protected cruisers in the Royal Navy. She served in the Boer War and was then given to Canada as the second ship of the newly-created Naval Service of Canada as HMCS Niobe.[1]

She was constructed by the Naval Construction and Armaments Co[2]

The Naval Service of Canada became the Royal Canadian Navy in August 1911. The ship was nearly lost when she went aground off Cape Sable Island, Nova Scotia overnight 30–31 July 1911. Repairs were completed at the end of 1912 and the ship returned to service in late 1914. [3]

During the First World War, Niobe patrolled the approaches to the St. Lawrence River and then joined the Royal Navy's 4th Cruiser Squadron to patrol off New York City. The cruiser returned to Halifax, Nova Scotia on 17 July 1915 and never put to sea again. Niobe was paid off in September and served as a depot ship in Halifax. Damaged in the 1917 Halifax Explosion, she was sold for scrap and broken up in the 1920s. [4]