Grace's Guide is the leading source of historical information on industry and manufacturing in Britain. This web publication contains 139,033 pages of information and 225,327 images on early companies, their products and the people who designed and built them. 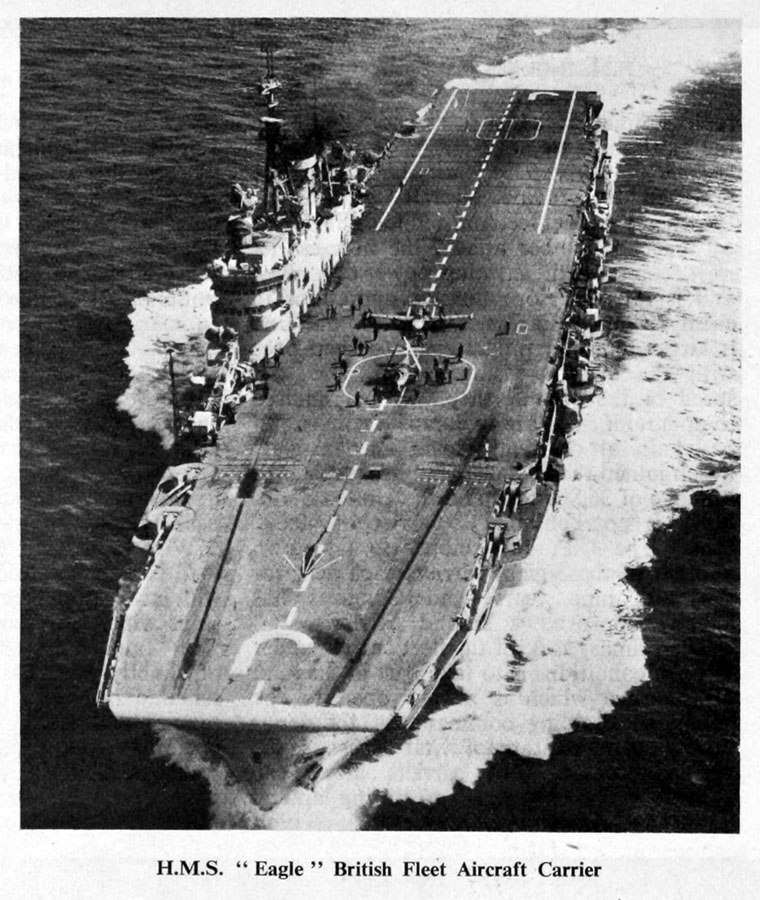 "HMS Eagle was an early aircraft carrier of the Royal Navy. Ordered by Chile during the South American dreadnought race as the Almirante Latorre-class battleship Almirante Cochrane, she was laid down before World War I. In early 1918 she was purchased by Britain for conversion to an aircraft carrier; this work was finished in 1924. Her completion was delayed by labour troubles and the possibility that she might be repurchased by Chile for reconversion into a battleship, as well as the need for comparative trials to determine the optimum layout for aircraft carriers. The ship was initially assigned to the Mediterranean Fleet and then later to the China Station, spending very little time in home waters other than for periodic refits."[1]