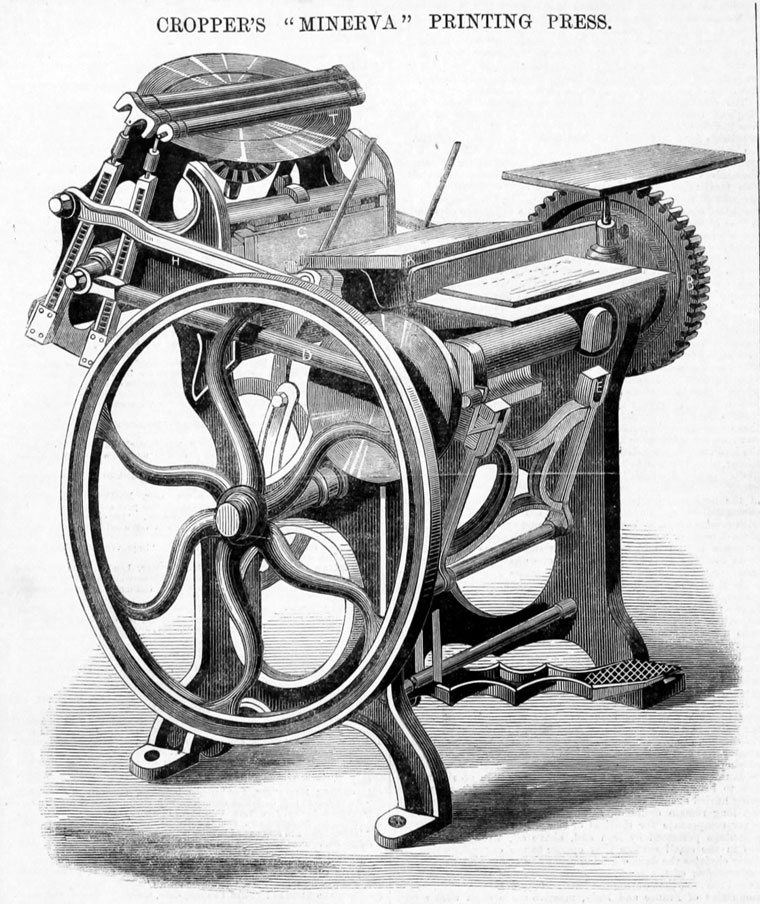 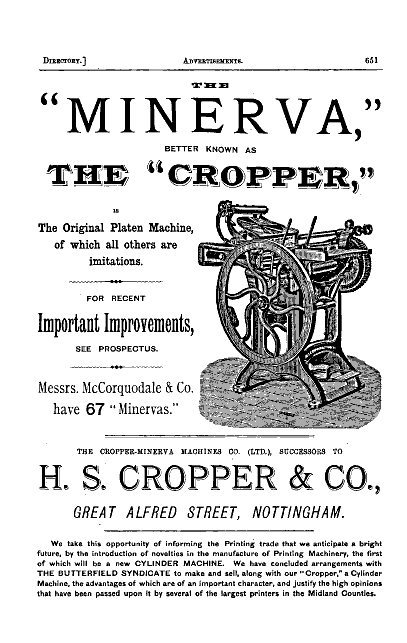 1878 Mention of '...by John Cropper, Henry Smith Cropper, and Samuel Thacker, of the town of Nottingham, Machinists, trading under the style of H. S. Cropper and Co....'[1]

After the bankruptcy of the business and the deaths of Henry Smith Cropper and his father John Cropper in the following year, the manufacture of printing presses was continued in the business of his son Sydney Harry Cropper as Cropper, Charlton and Co