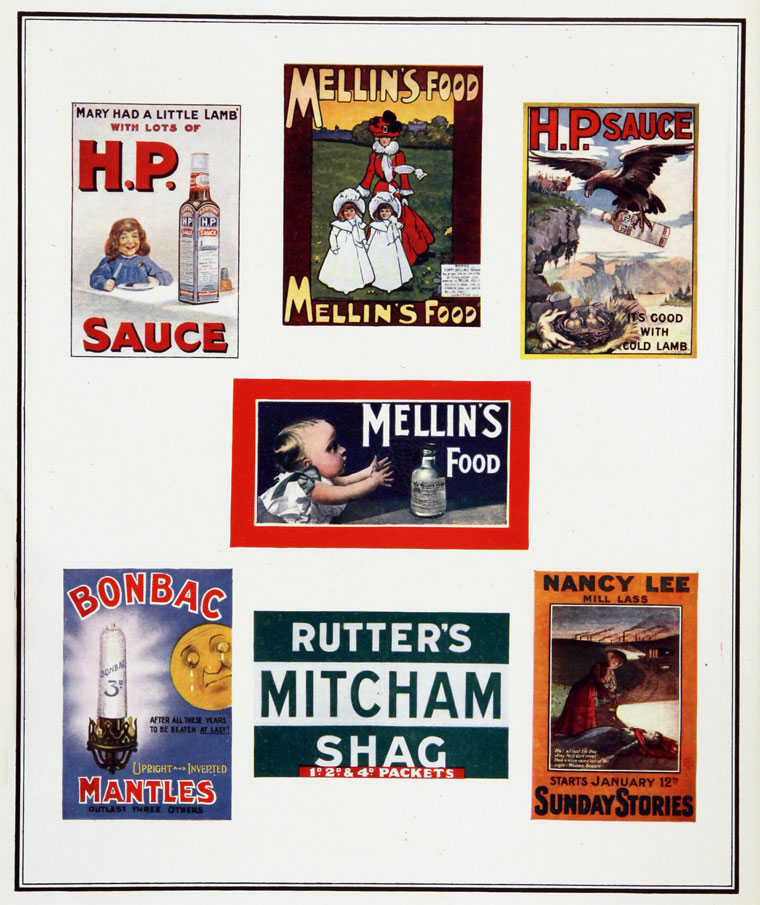 A Selection of Adverts that appeared in the 1910 Practical Advertising published by Mather and Crowther. 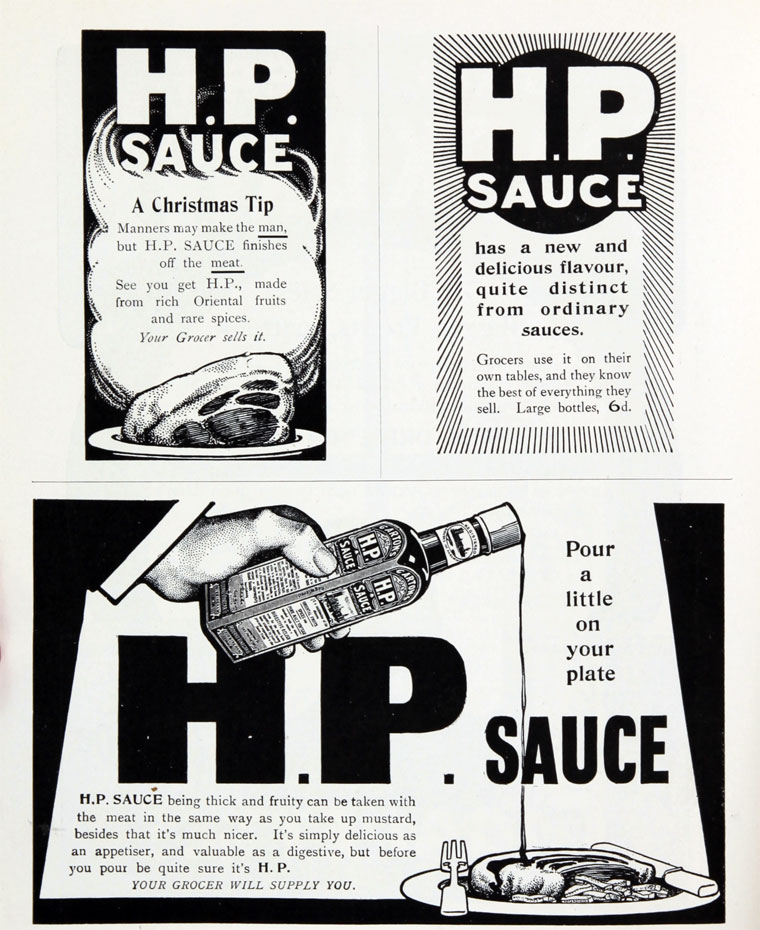 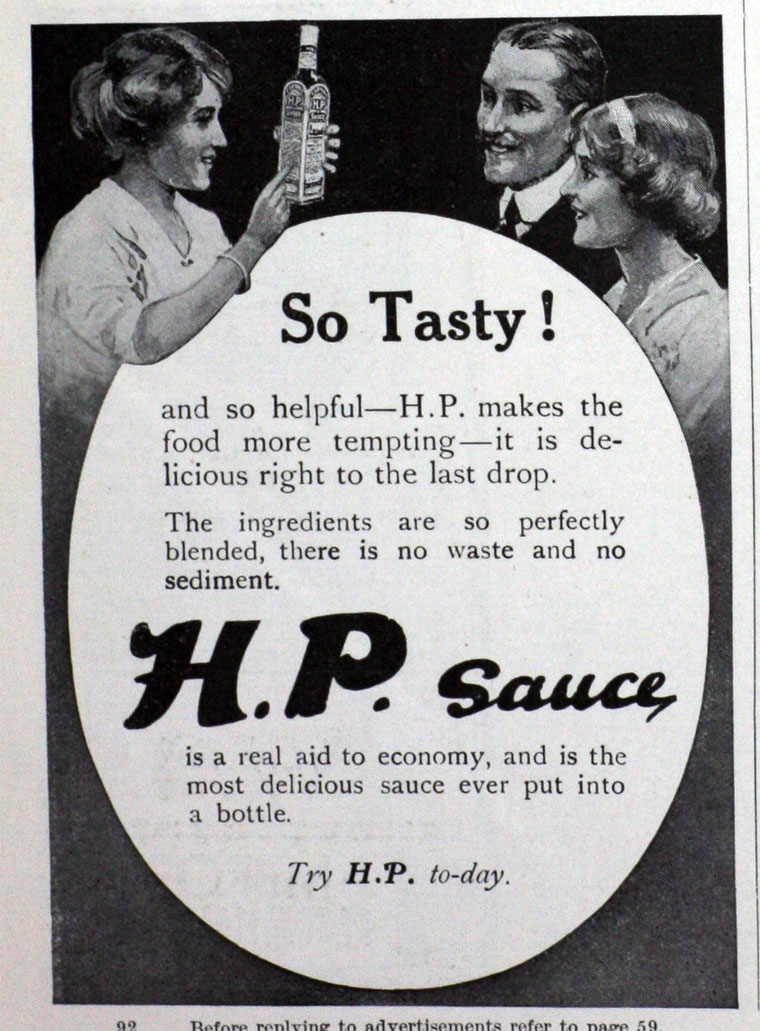 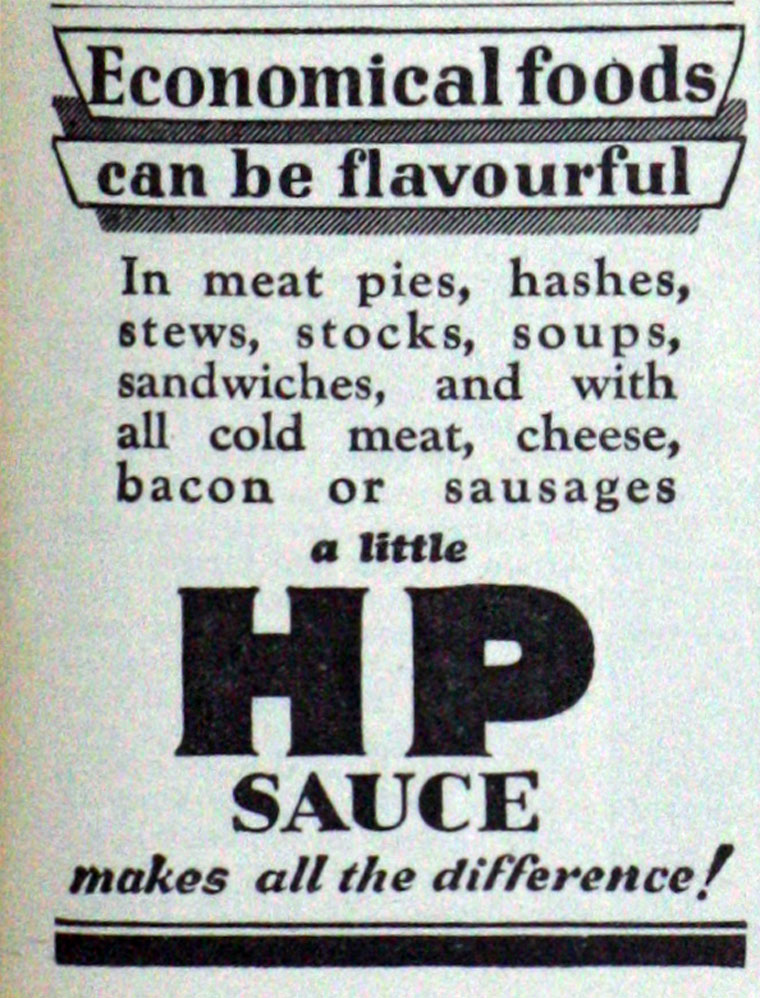 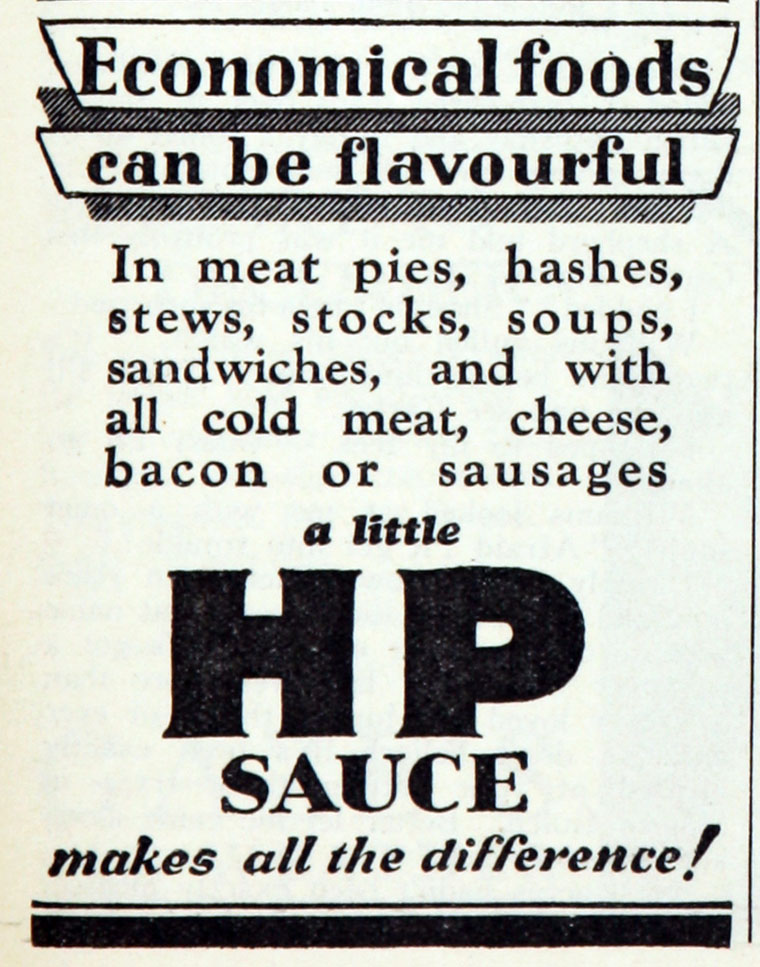 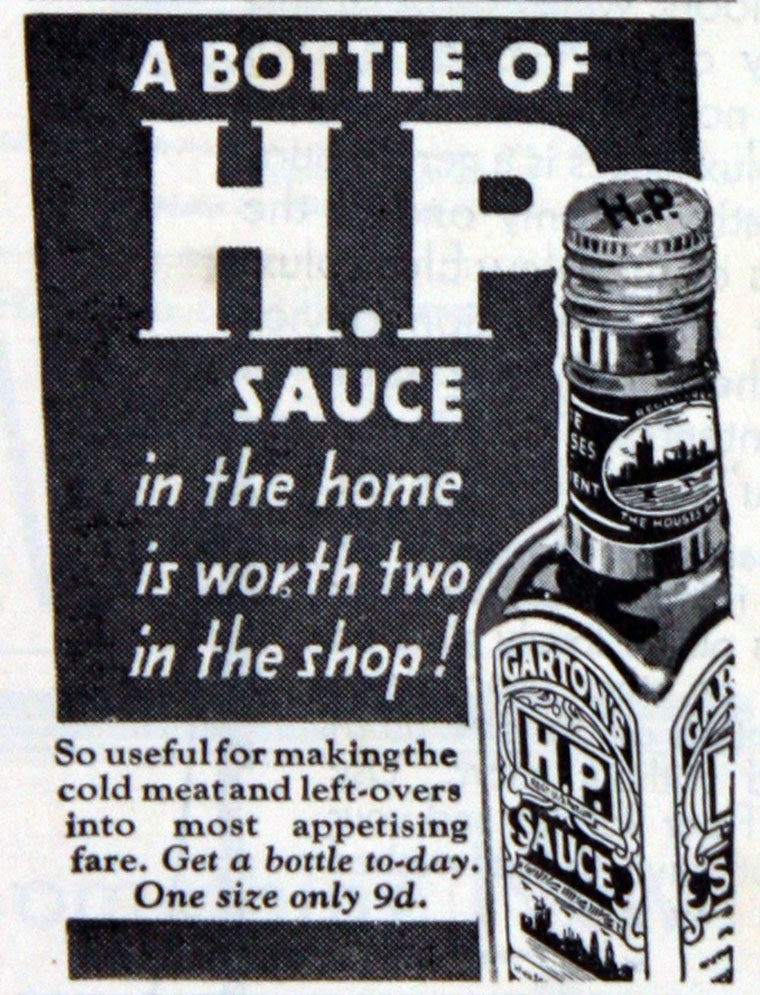 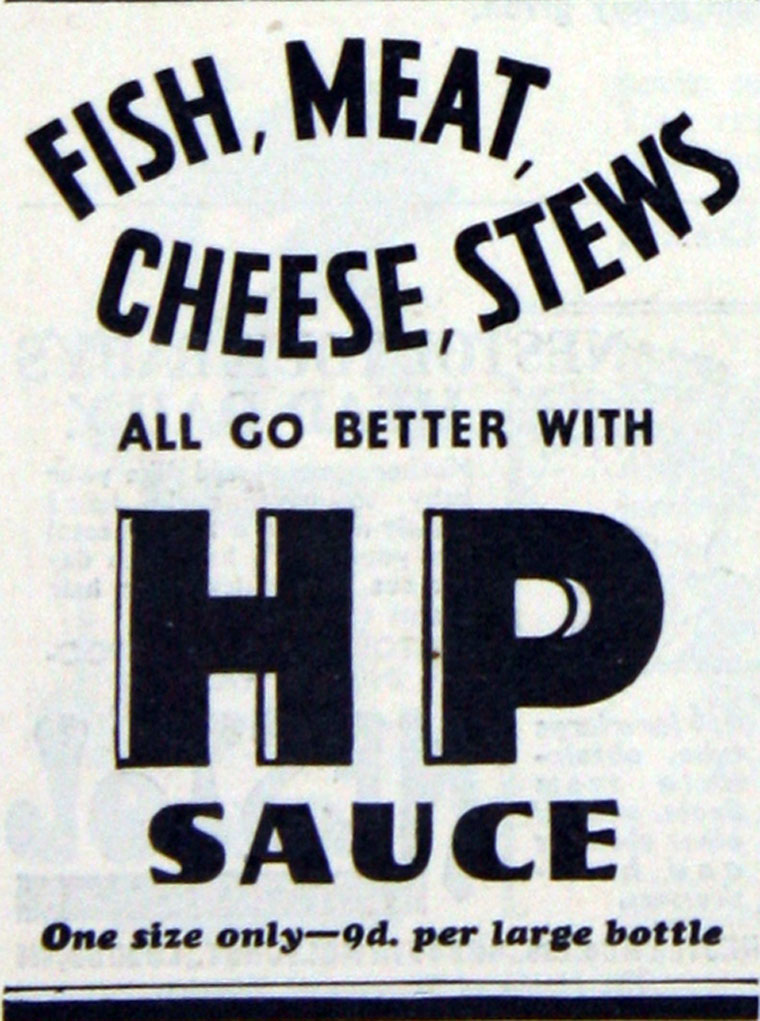 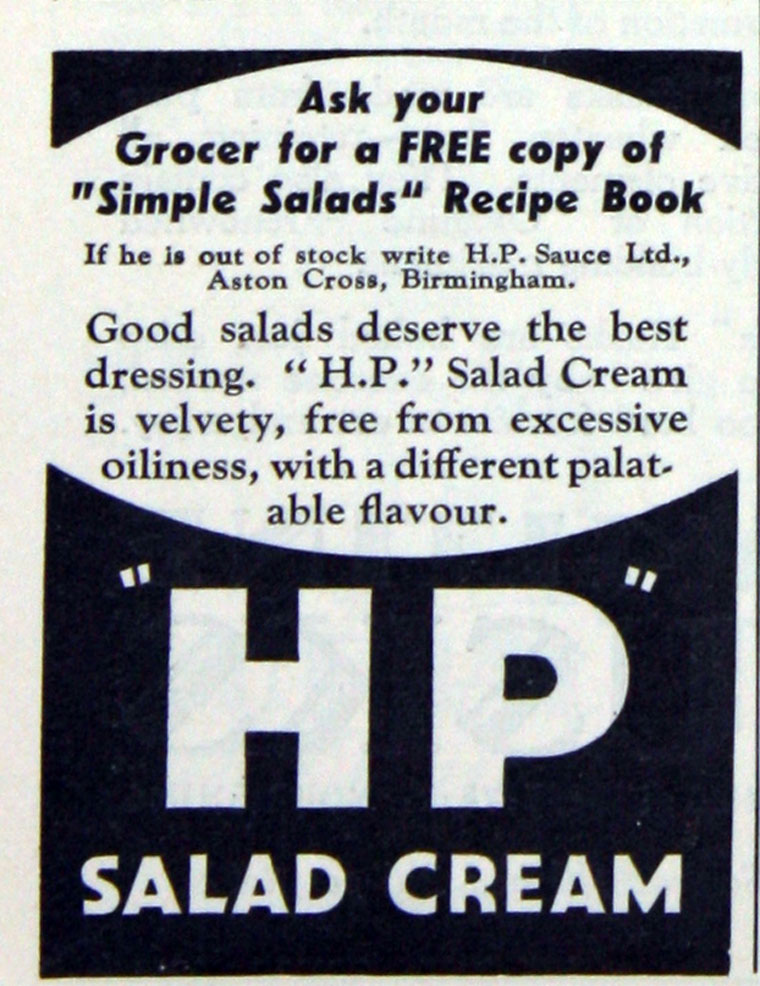 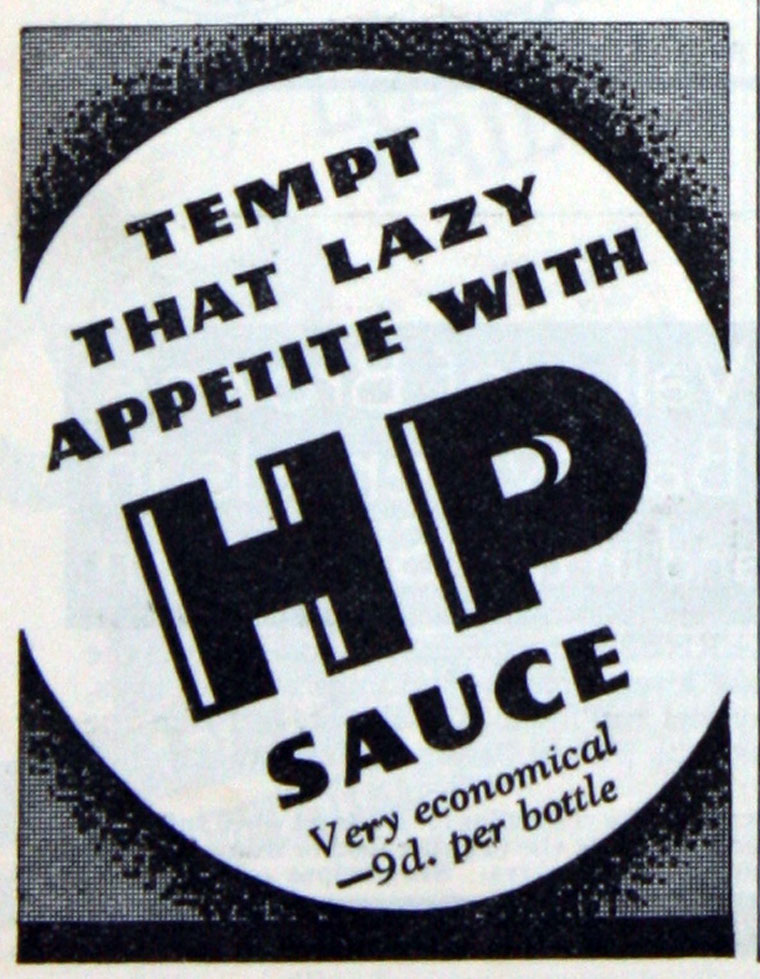 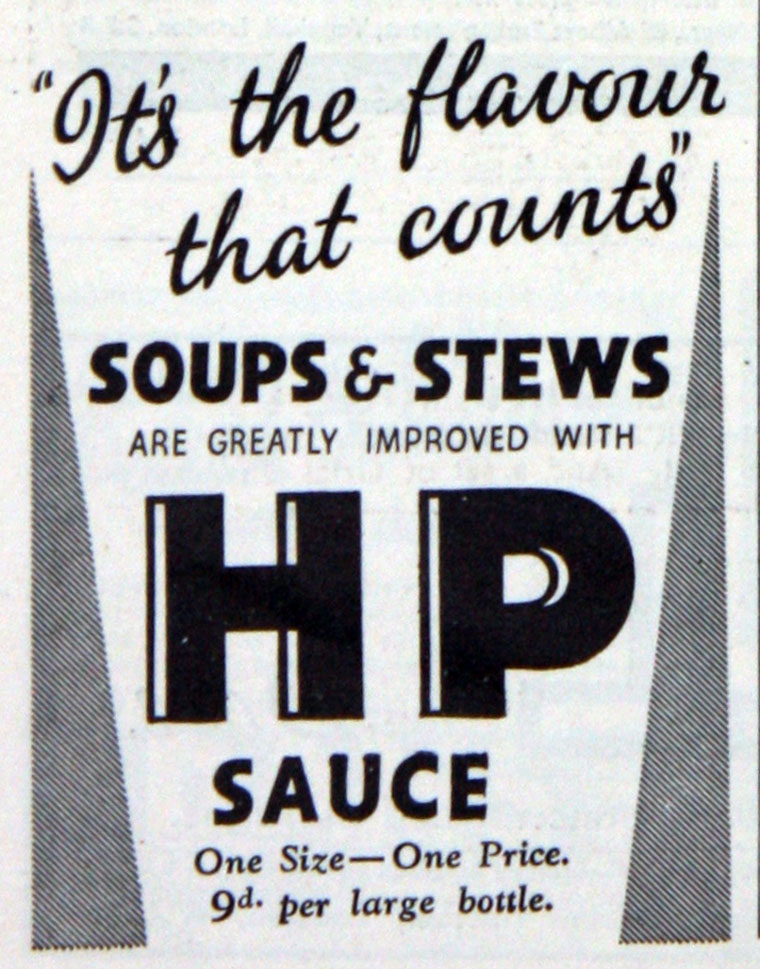 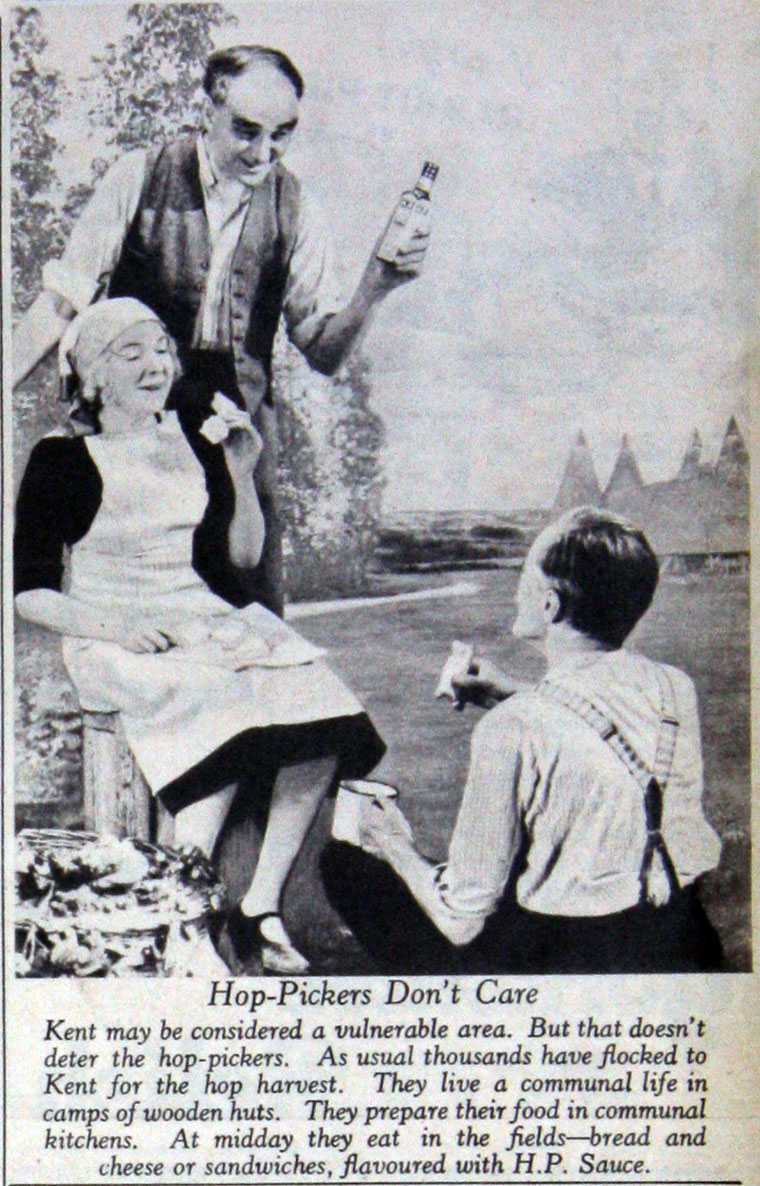 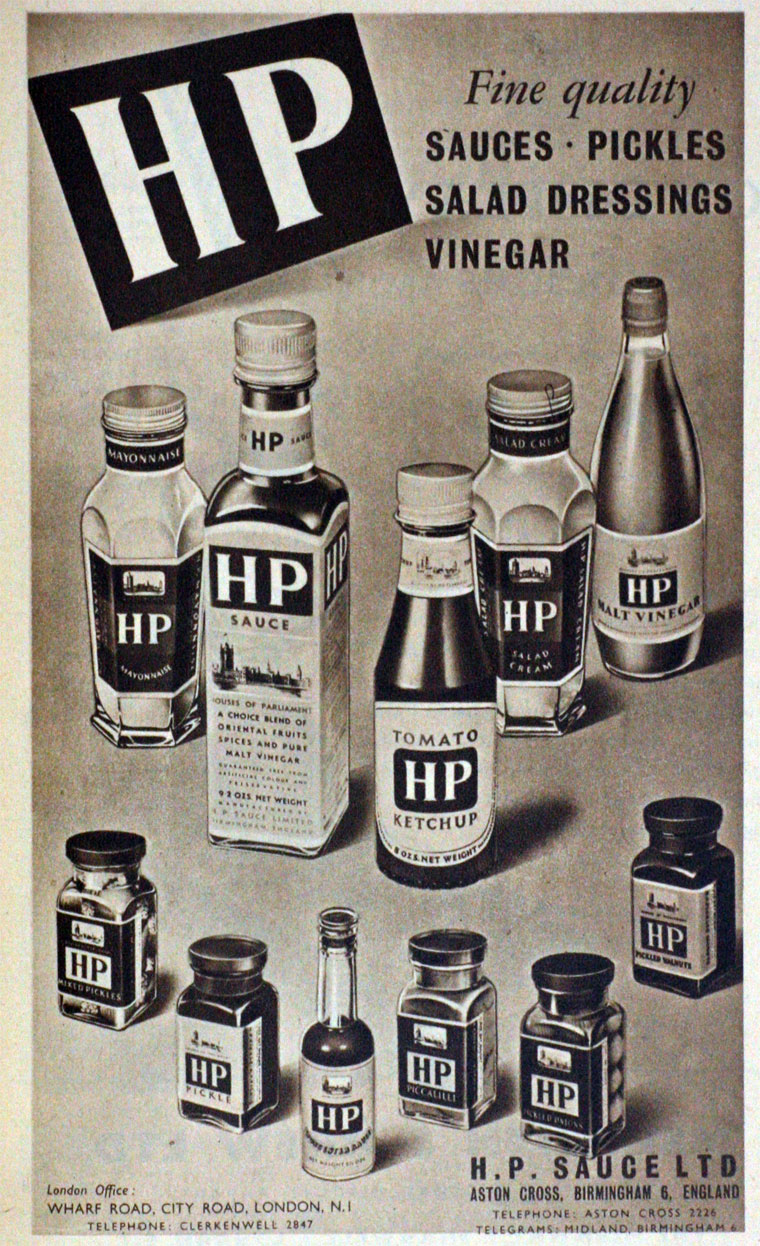 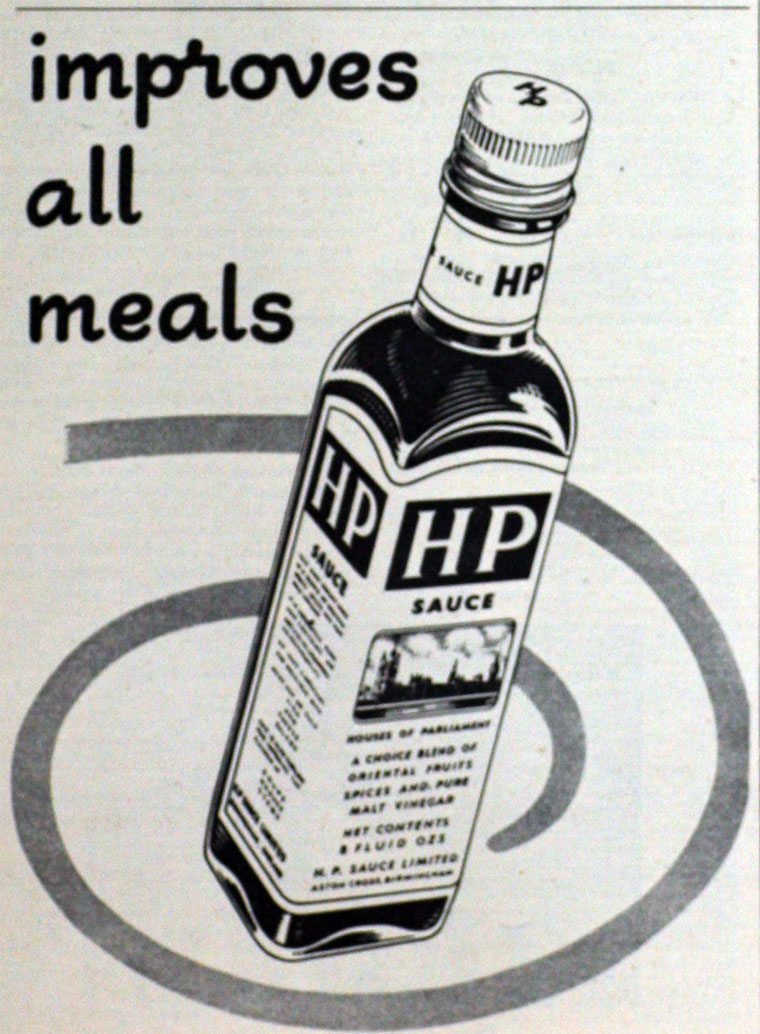 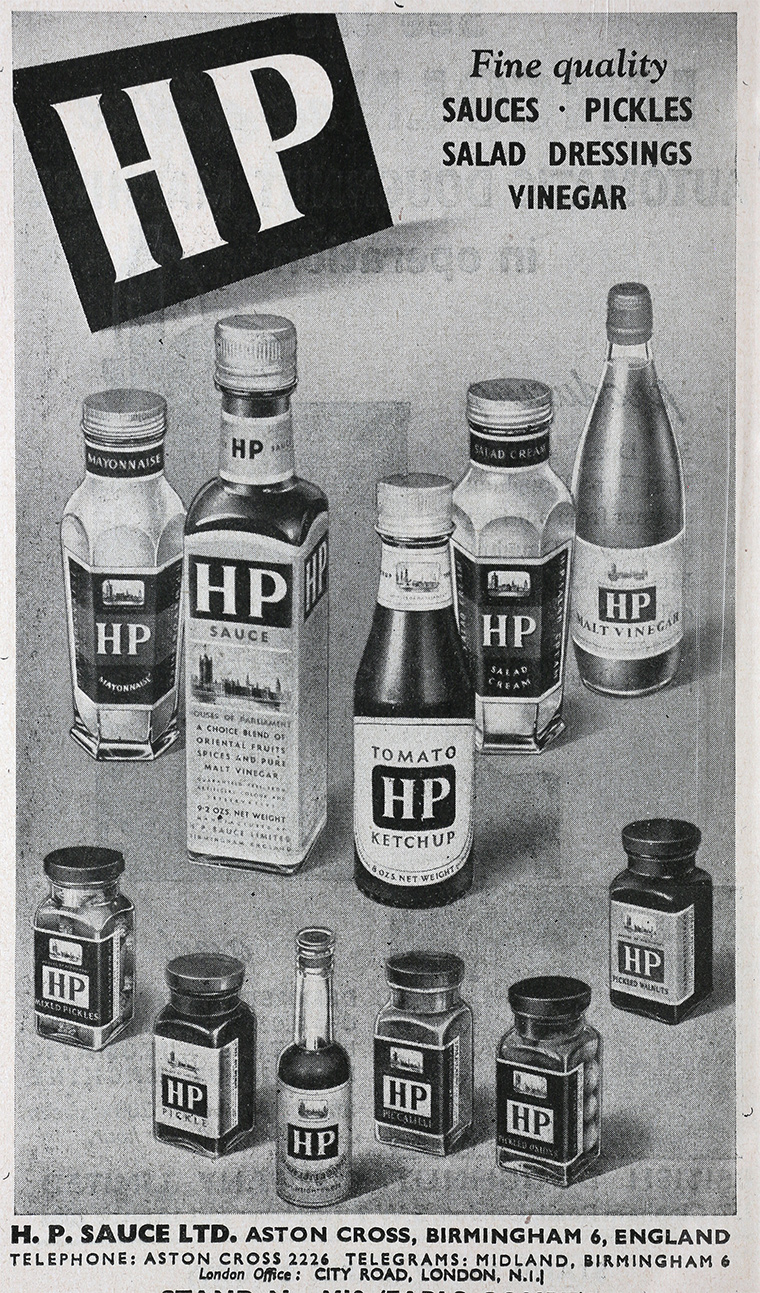 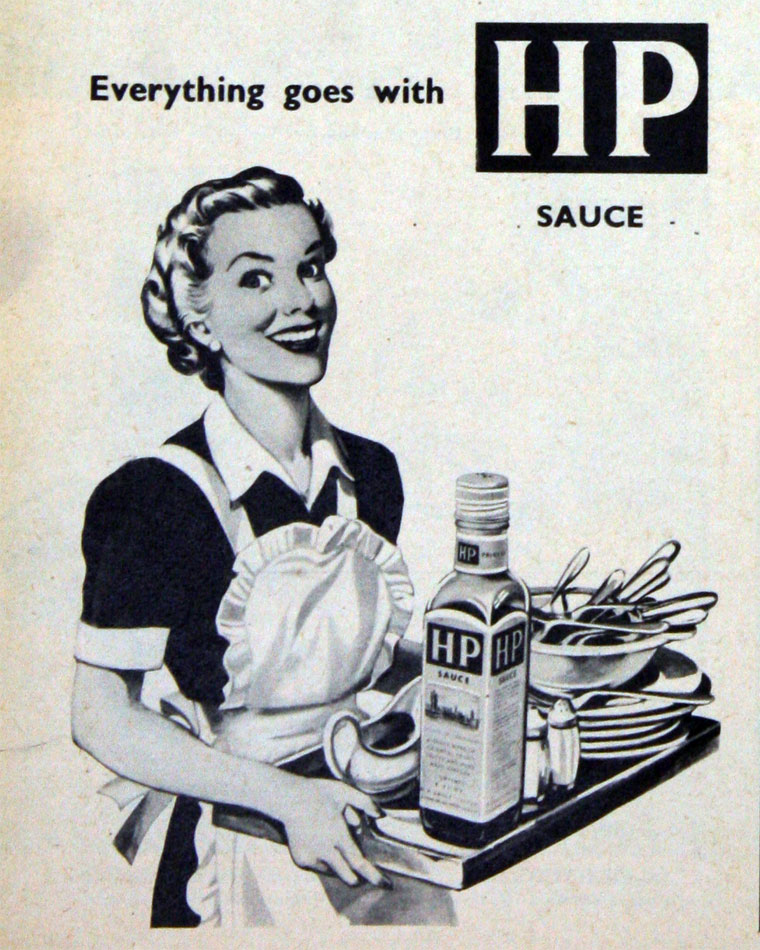 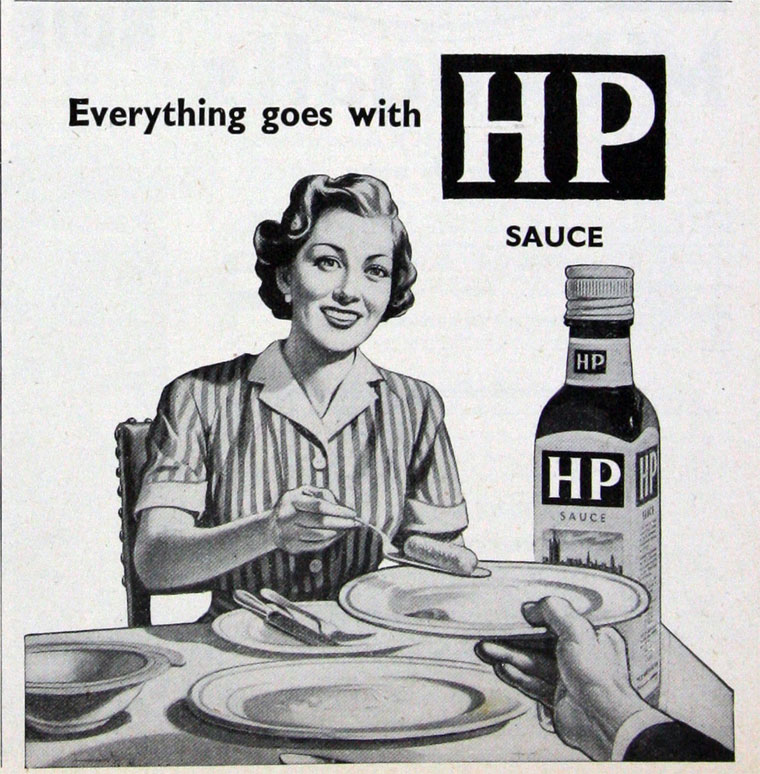 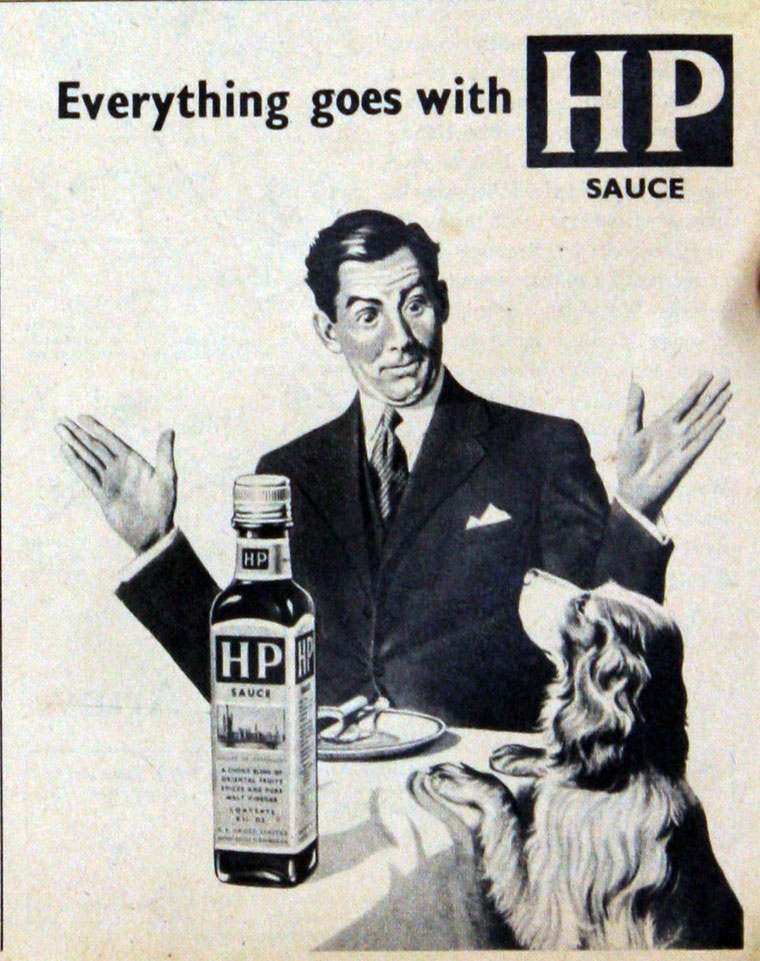 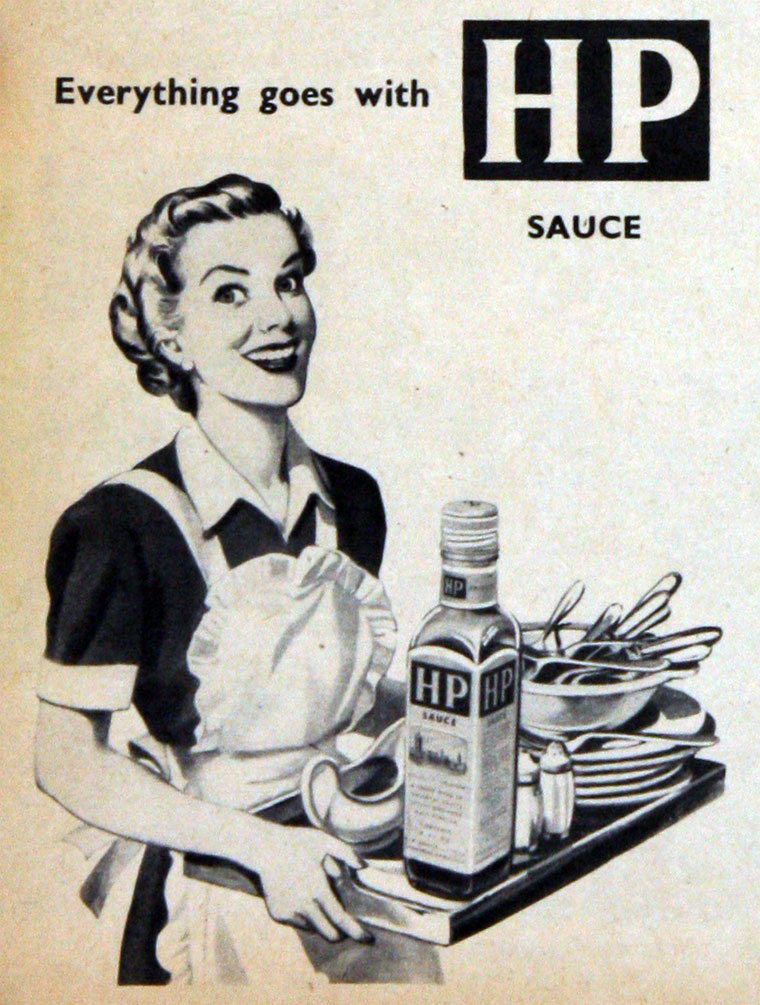 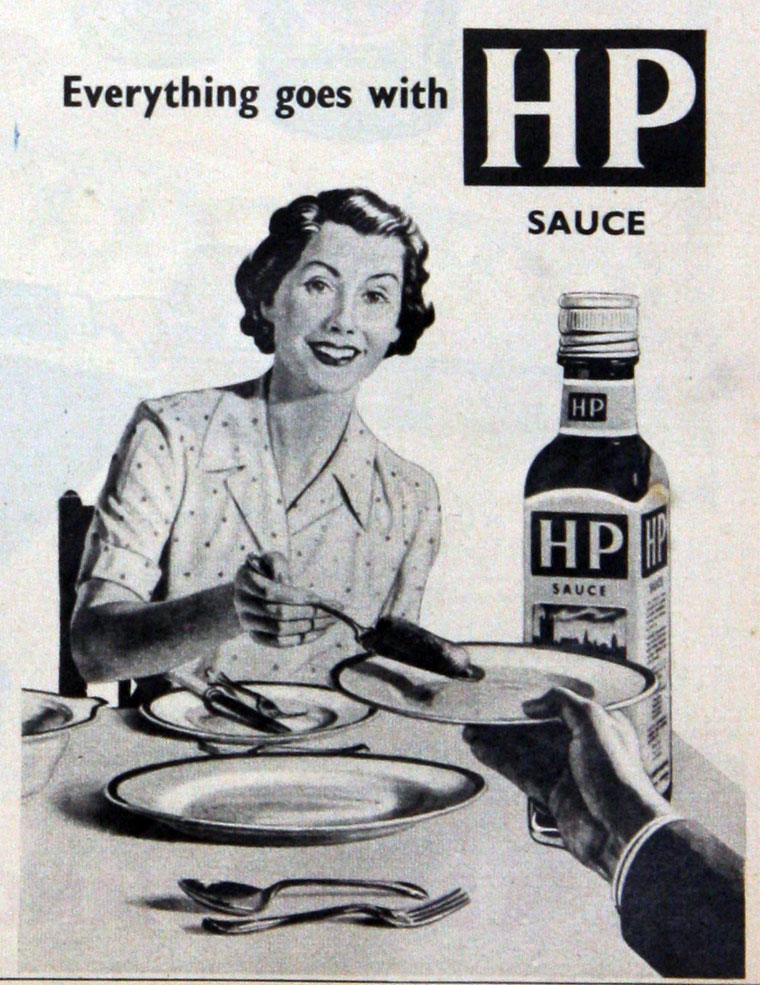 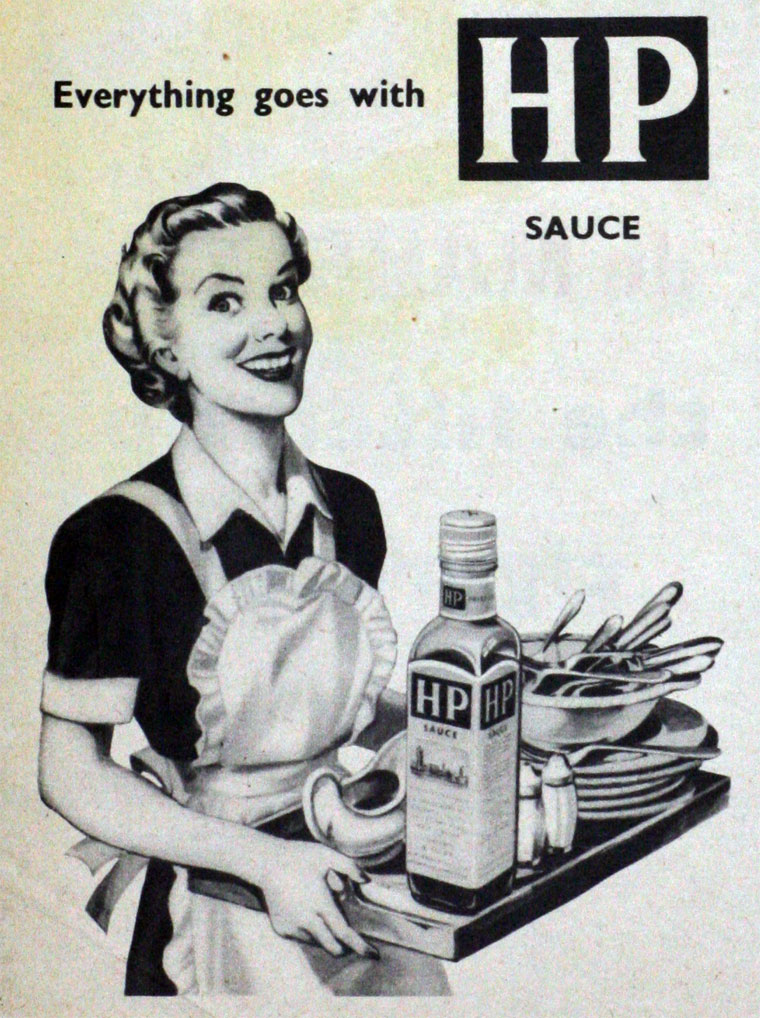 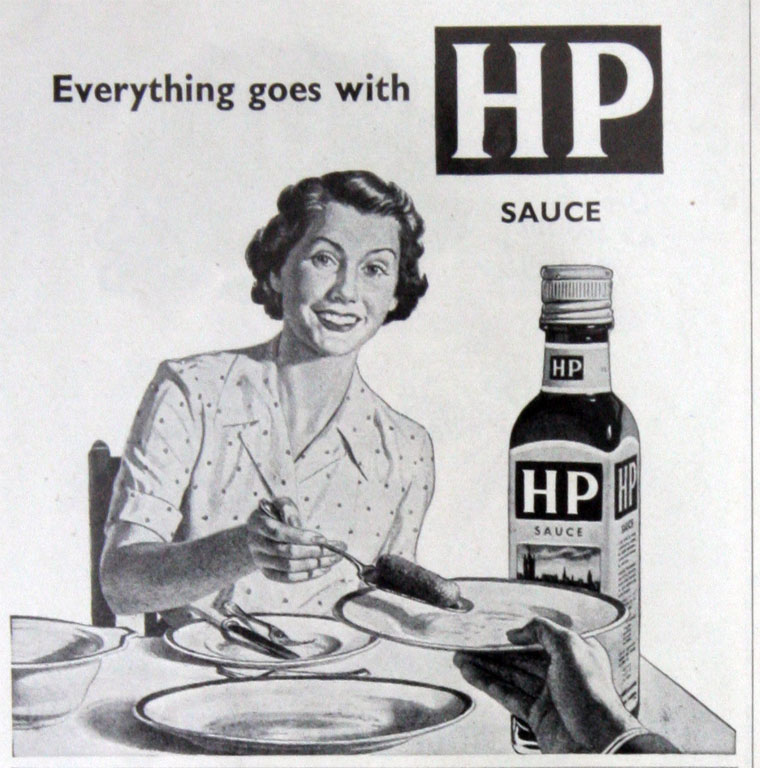 Garton owned a store that was a small co-operative collective where fairly priced foodstuffs were available, and from which he sold his sauce.

Moore visited Garton to collect a debt, and noticed the sauce-making activities. He purchased the recipe and brand for a £150 plus the cancellation of the debt.

1901 Tower Road became the registered offices of the manufacture of "F. G. Garton's Sauce" as it was then known.

1903 It was re-labelled HP Sauce. Garton had always wanted to call the sauce HP because he claimed to have heard that it was available in a restaurant in the Houses of Parliament.

c1904 HP Sauce was exported worldwide as salesmen were sent around the British Empire.

1917 The label of HP Sauce bottles started carrying a section in French.

1930 Company merged with Lea and Perrins.

1960-70s HP Sauce became known as "Wilson's Gravy" after Harold Wilson, the Labour Prime Minister. The name arose after Wilson's wife, Mary, gave an interview to the Sunday Times in which she claimed "If Harold has a fault, it is that he will drown everything with HP Sauce".

1975 When Wilson addressed a banquet to celebrate 100 years since the formation of the Midlands Vinegar Company, he admitted that it was not HP Sauce that he was partial to, but was in fact Lea and Perrins Worcestershire Sauce.

HP Sauce was then owned by Danone of France.