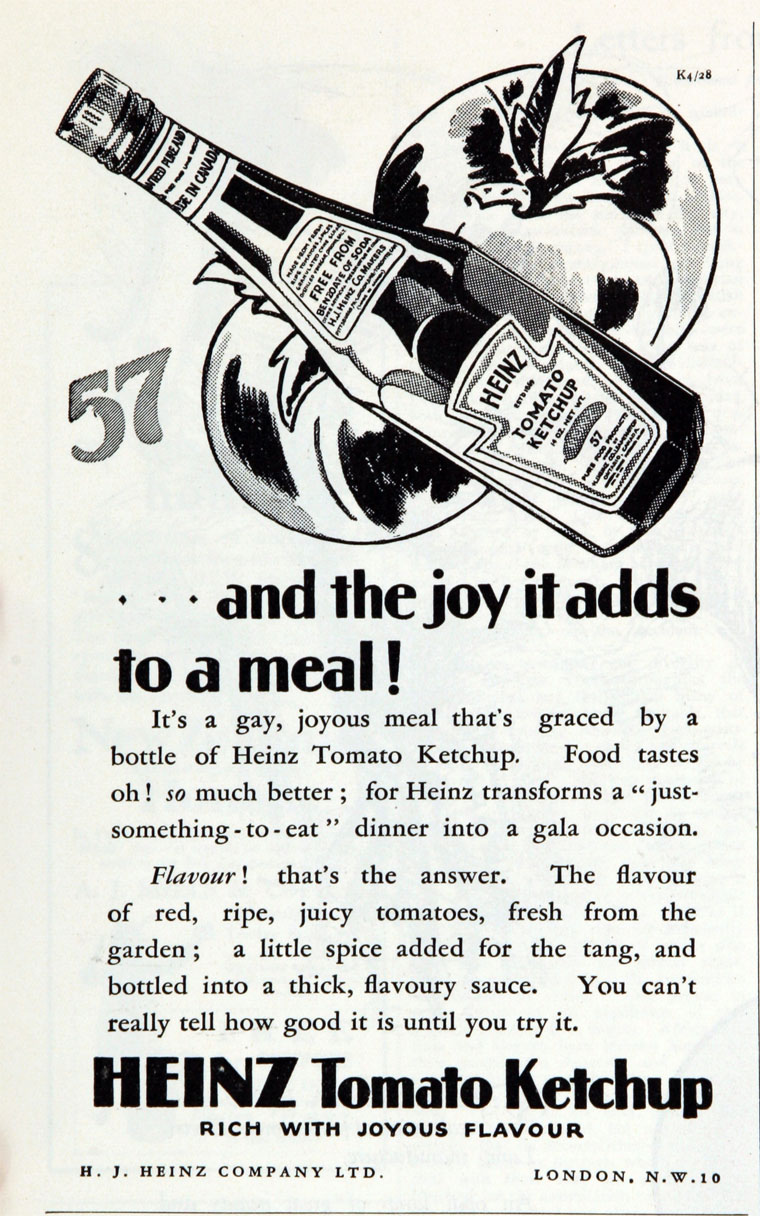 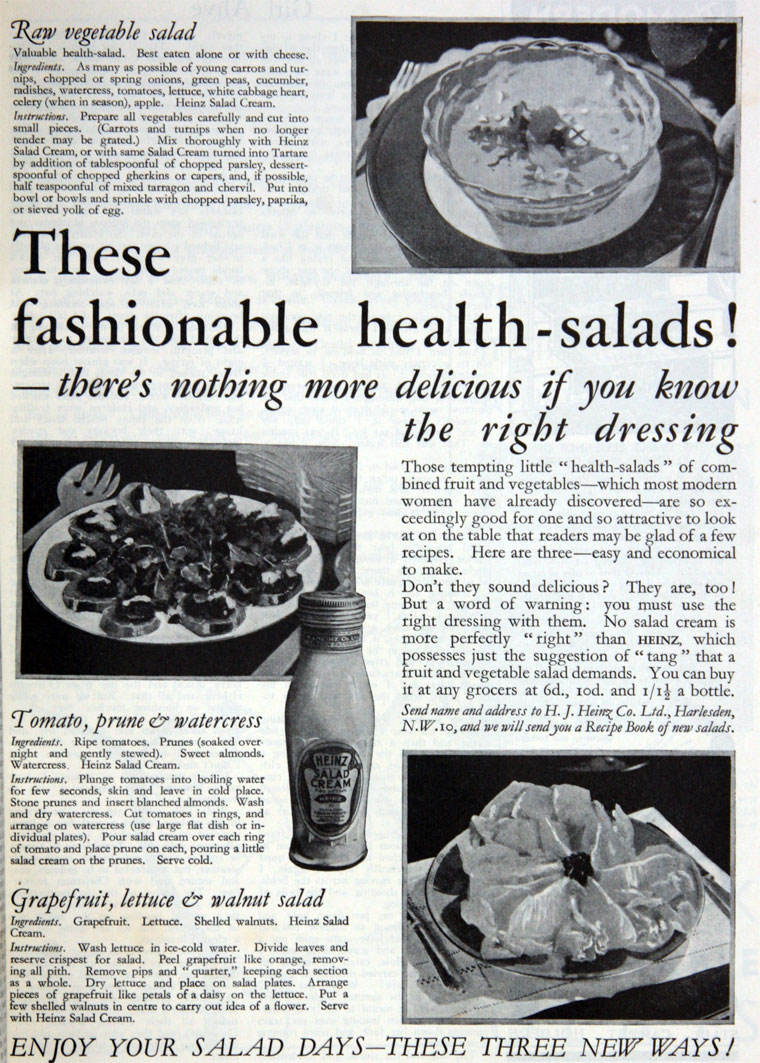 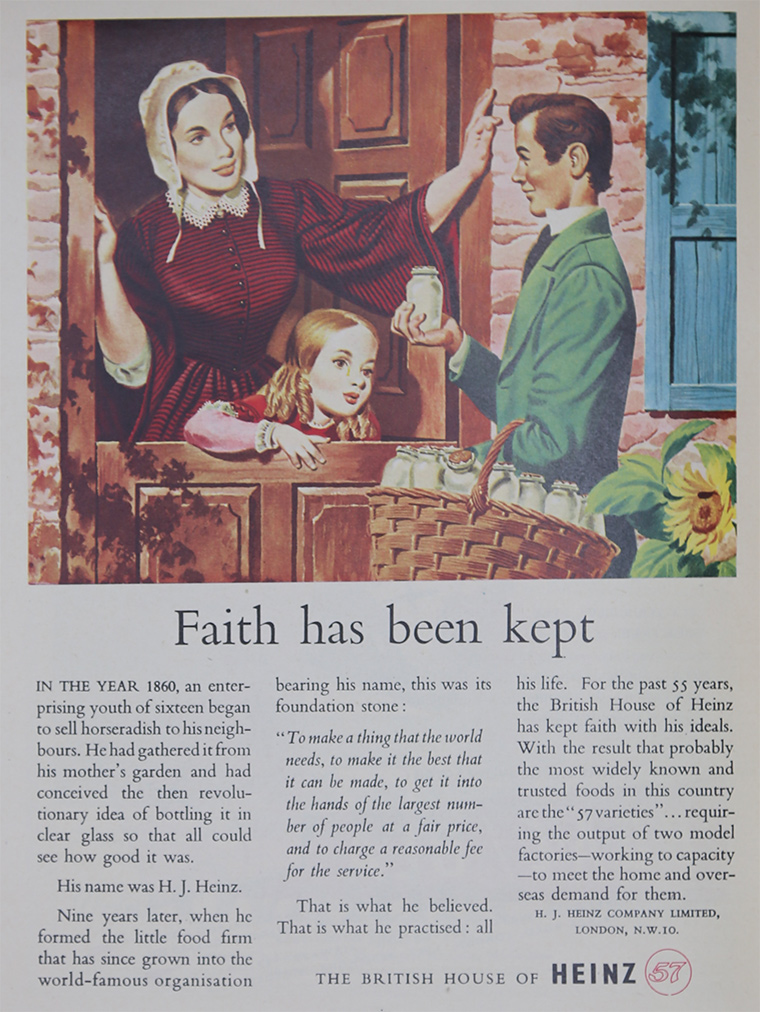 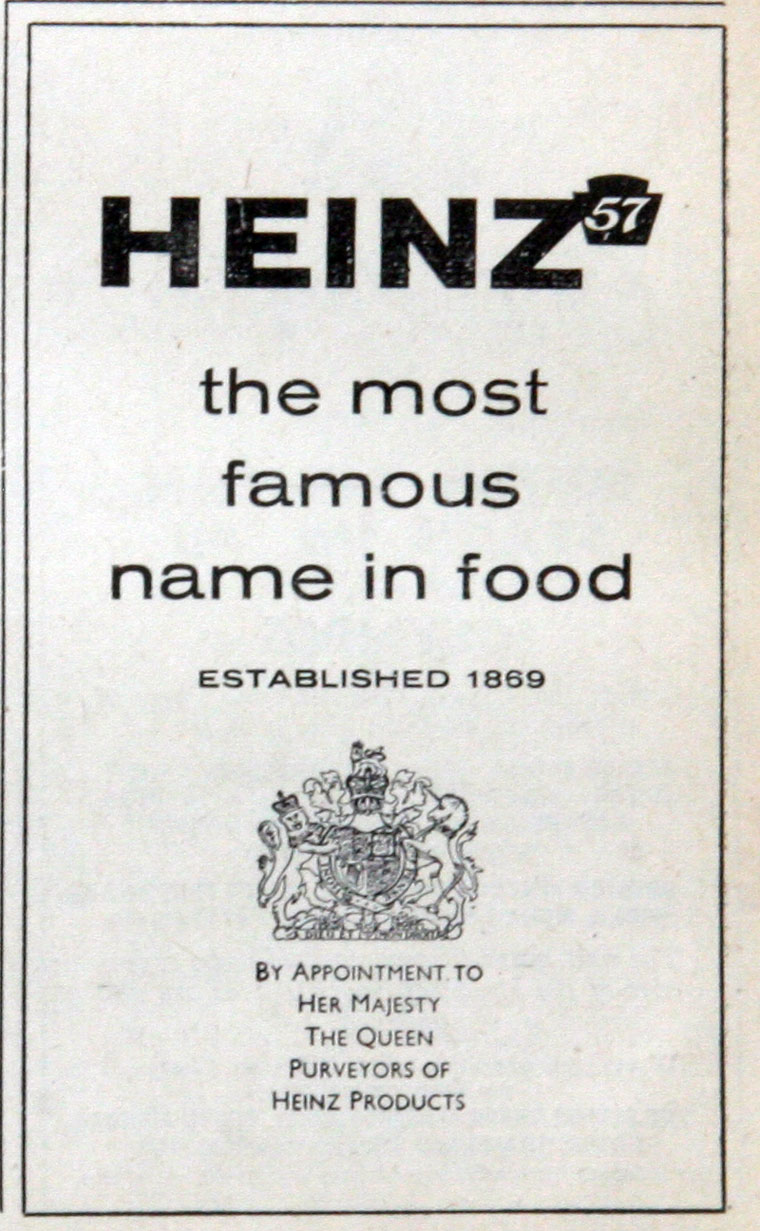 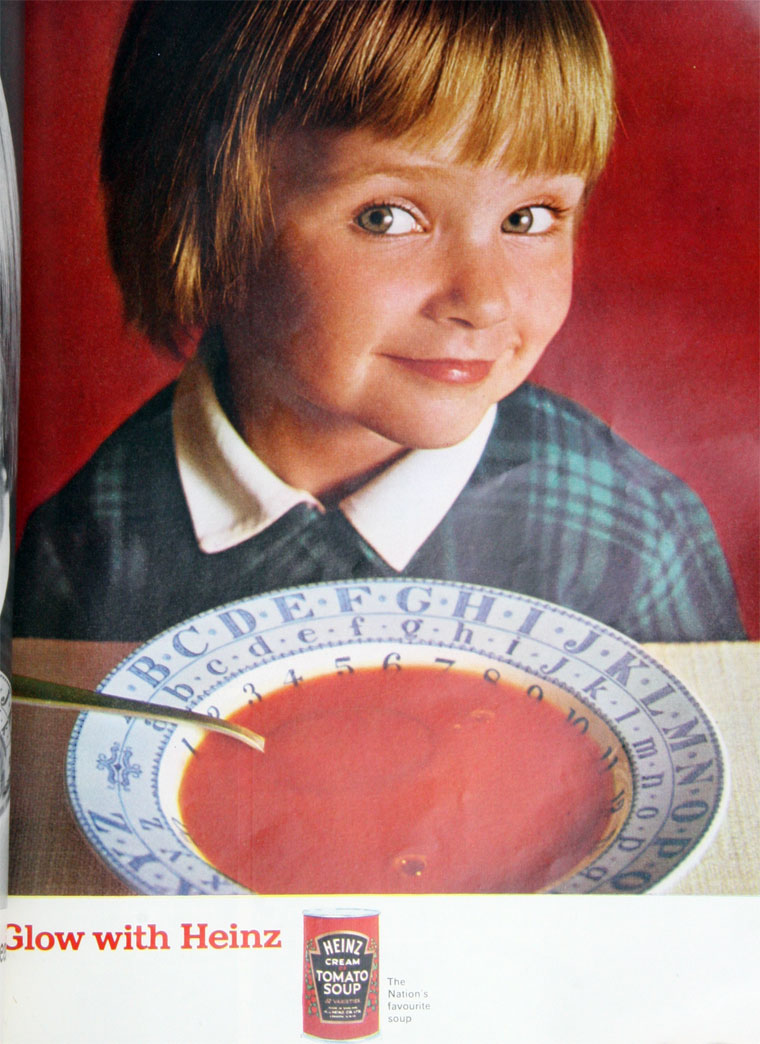 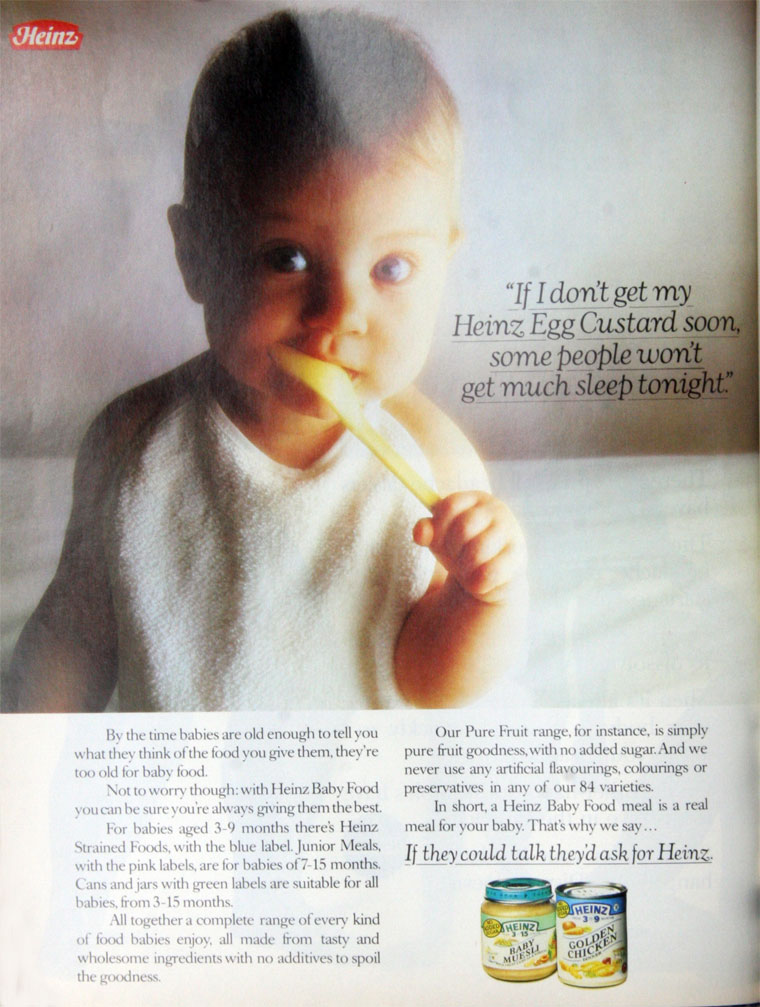 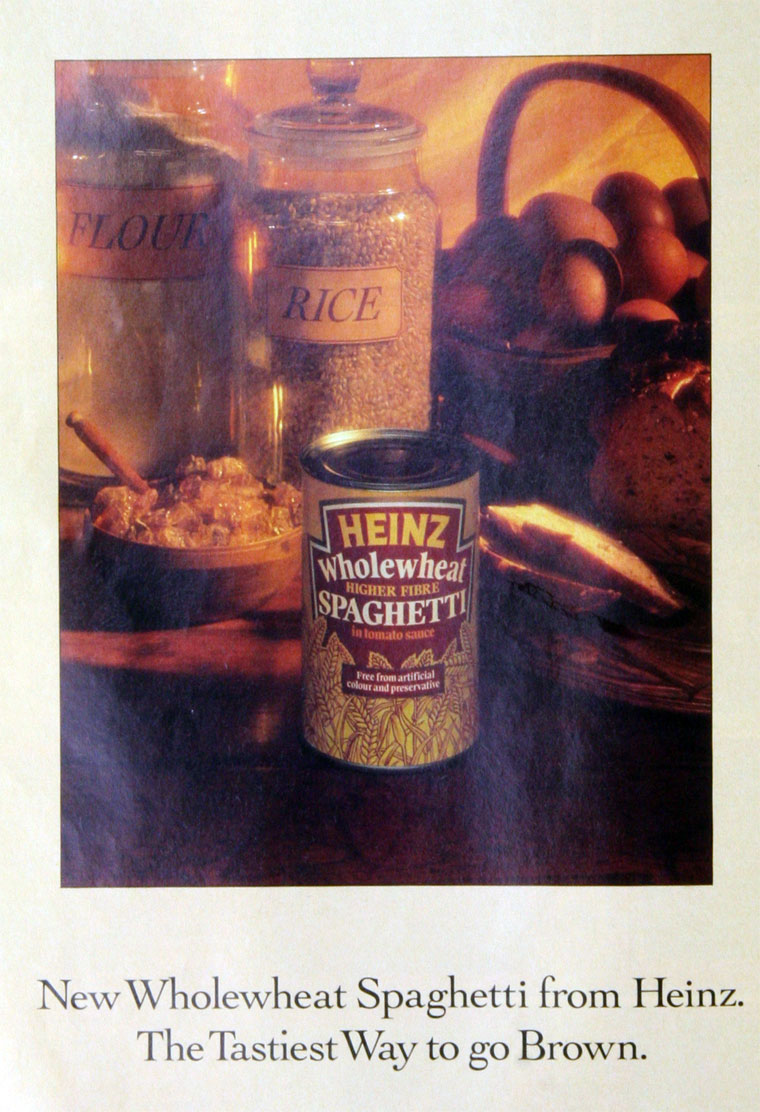 H. J. Heinz Company, commonly known as Heinz, famous for its "57 Varieties" slogan, is an American processed-food product company with its world headquarters in Pittsburgh, Pennsylvania.

1844 Henry John Heinz founder of the company was born.

1872 The company changed its name from Anchor Pickle and Vinegar Works to Heinz, Noble and Co.

1875 Due to panic in the banking industry, the company went bankrupt.

1876 Company was restarted with Heinz, and his brother John and cousin Frederick. They introduced their most well-known product, tomato ketchup.

1888 Heinz bought the controlling interest in the company and changed the name from F. and J. Heinz to the company's present name.

1892 The company's famous slogan, 57 Varieties, was chosen by Henry Heinz after he saw an advertisement for "21 varieties of shoes" in an elevated train car in New York. In actuality, the company was producing over 60 different products at the time, but Heinz chose the number 57 because the digits "5" and "7" held a special significance for him and his wife.

1896 The London office of the company was opened.

Early 1900s Factories were opened in Peckham and Harlesden.

1919 Henry Heinz died, and control of the company passed to his son, Howard Heinz

1941 Howard Heinz was then succeeded by H. J. Heinz II

1960s Another famous slogan is Beanz Meanz Heinz, used to advertise their baked beans in the United Kingdom.

1969 Tony O'Reilly joined the company as MD of the Heinz UK subsidiary.

1971 O'Reilly moved to company's headquarters in Pittsburgh and was promoted to Senior Vice President.