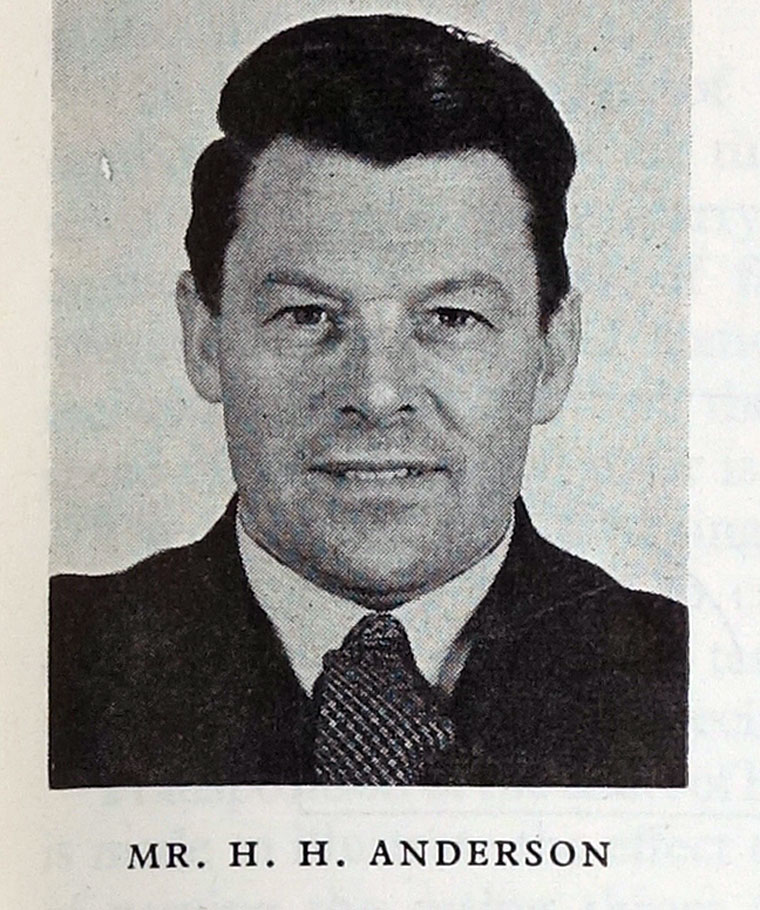 Mr. Anderson served a four years' apprenticeship in machine tool and general engineering before graduating at Leeds University with B.Sc. Honours in mechanical engineering. After eleven years as designer with Mather & Platt, Ltd., Manchester, he was appointed chief hydraulic designer to The Harland Engineering Company in 1938. During the 1939-45 war he served with R.E.M.E. in France, Belgium and the Western Desert and now holds the rank of Hon. Lt.-Colonel. In 1939 he submitted to the War Office a proposal to pump petrol under the Channel through pipes which adopt submarine cable principles.

Since 1945 he has been concerned with the development of centrifugal pumps and water turbines for which he has been granted several patents. He has contributed various articles and papers on hydraulic matters of which two papers received an Institution prize. Mr. Anderson has made recent visits to the United States and Canada for general interchange of technical knowledge. He was recently elected to the Hydraulics Group Committee of the Institution.