Grace's Guide is the leading source of historical information on industry and manufacturing in Britain. This web publication contains 143,815 pages of information and 230,107 images on early companies, their products and the people who designed and built them. 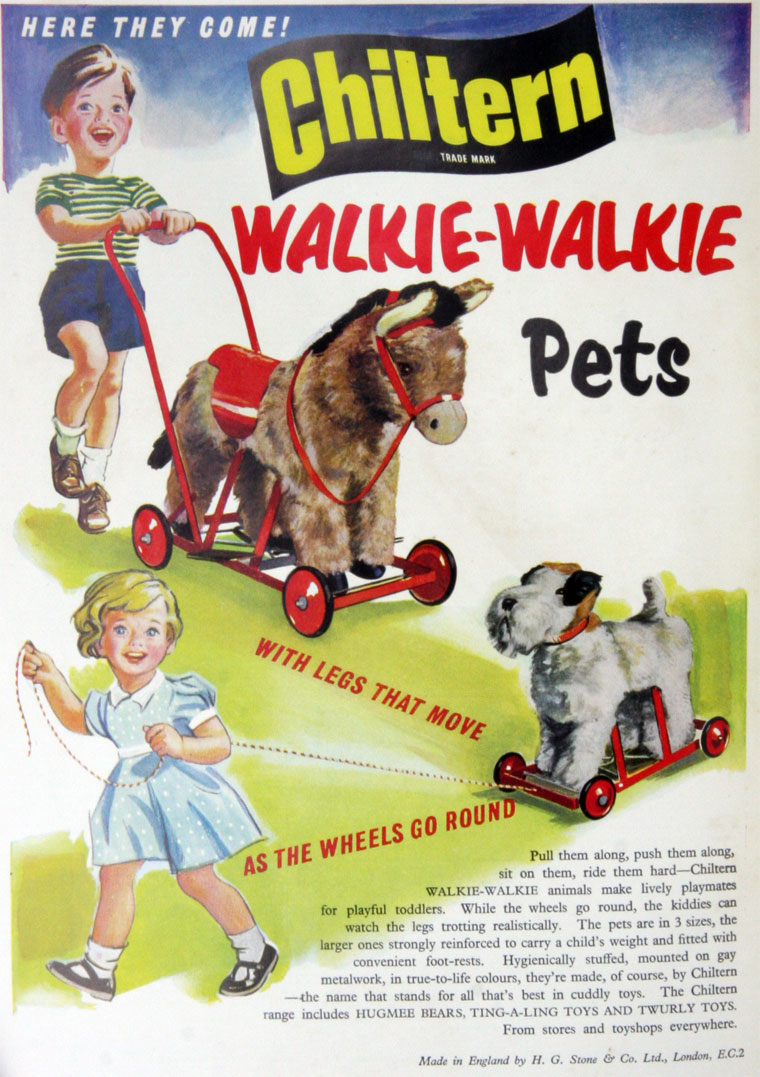 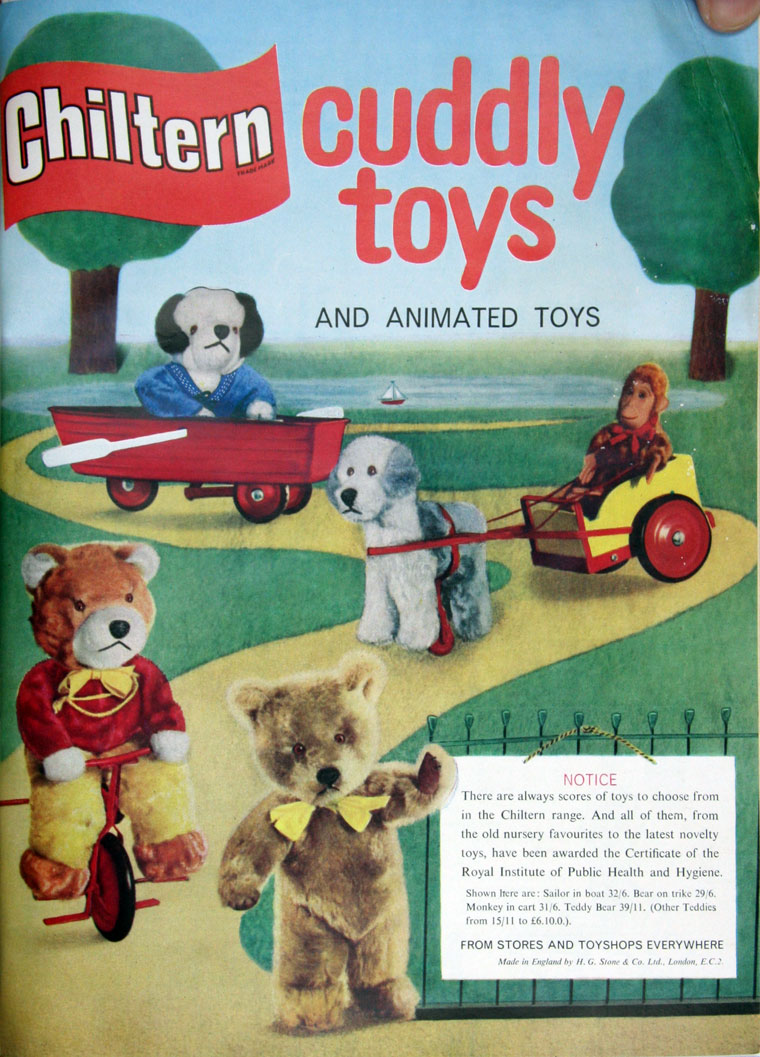 1900 Leon Rees moved from Germany to England and became Joseph's partner. Later he became his son-in-law.

1908 Chiltern Toy Works was opened by Joseph Eisenmann, at Bellingdon Rd, Chesham, Buckinghamshire. The company took its name from the surrounding Chiltern Hills. To begin with, the Chiltern toy factory only manufactured dolls.

1915 The first Chiltern bear, the Master Teddy, was made.

1920 The company relocated to larger premises at Waterside in Chesham. That year, Rees went into partnership with Harry Stone, formerly of J. K. Farnell and Co and a new company, H. G. Stone and Co Ltd, was formed. Rees was in charge marketing and sales - Stone of design and manufacture.

1921 A second factory was opened at Grove Road, Tottenham and the new company continued to use the Chiltern trademark.

1923 A range of bears called Hugmee's were introduced, and remained very popular for over forty years.

1924 The Chiltern Toys name was registered by the company.

1932 The firm was registered as a private limited company in December.

WWII. Toy making stopped at the Chesham factory during the war, although some toys were still produced in London.

Post-WWII. Toy manufacture moved from the Waterside factory to the Amersham works at Chesham, another Rees owned factory.

1946 Increased demand necessitated the construction of a new factory and this was built at Pontypool, Monthmouthshire, Wales.

1947 The new factory began production and, at its peak employed a workforce of around three hundred people.

1963/64 The Chiltern and Rees companies were both taken over by the Dunbee-Combex group.

1967 Dunbee-Combex became a subsidiary of Chad Valley Co. A special Chiltern/Chad Valley label was used on bears made after this period.