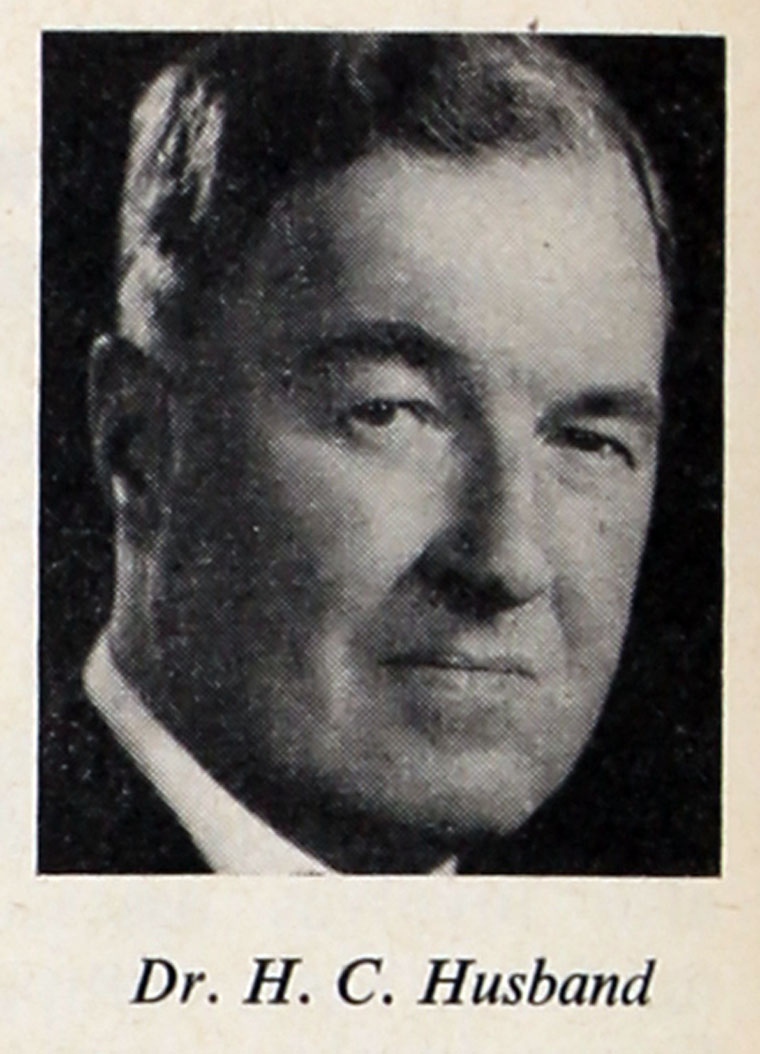 1908 Born in Sheffield, son of Joseph Husband, who became the first professor of civil engineering at Sheffield University.

Worked for the Barnsley Water Board

1936 Founded the firm of Husband and Clark, consulting engineers, in Sheffield.

Other offices were subsequently opened in London and in Colombo in Ceylon. As a partner in this firm with his father and Antony Clark he was involved in a variety of public works varying from major road and railway bridges to drainage and water supply schemes.

1943-1945 Assistant director in the directorate of aircraft-production factories of the Ministry of Works.

post-WWII Developed Husband and Co, aiming to be one the foremost engineering consultancies in the country.

1950 Husband was consulted by Bernard Lovell about his scheme for a steerable radio telescope. Whilst others felt it impossible to design a structure for the radio telescope which allowed such a large dish to be not only mobile but also rigid and free of any vibration which would blur the signals being received, Husband accepted the challenge - the Mark 1 dish was commissioned in 1957.

1958 Awarded the Benjamin Baker gold medal for his work on the Mark 1 radio telescope.

He went on to design other large radio telescopes, at home and abroad, including the steerable aerials for the General Post Office's satellite/earth station at Goonhilly Downs in Cornwall.

1966 Awarded the Wilhelm-Exner Medal for Science and Technology by the Osterreichische Gewerbeberein, in conjunction with the University of Vienna.

Dr Husband - a leading authority on the design of earth stations in satellite telecommunications - was a member of four British Engineering Institutions: the Civils, Mechanicals, Structurals and Water Engineers.[1]

Husband won the competition for reconstruction of Stephenson's Britannia rail bridge across the Menai Strait. The new bridge was opened ten years later, with an added road deck above the rail deck, but it was not universally liked. Husband countered he had been faithful to Stephenson's original plan. For his work he was awarded the James Watt medal of the ICE in 1976.