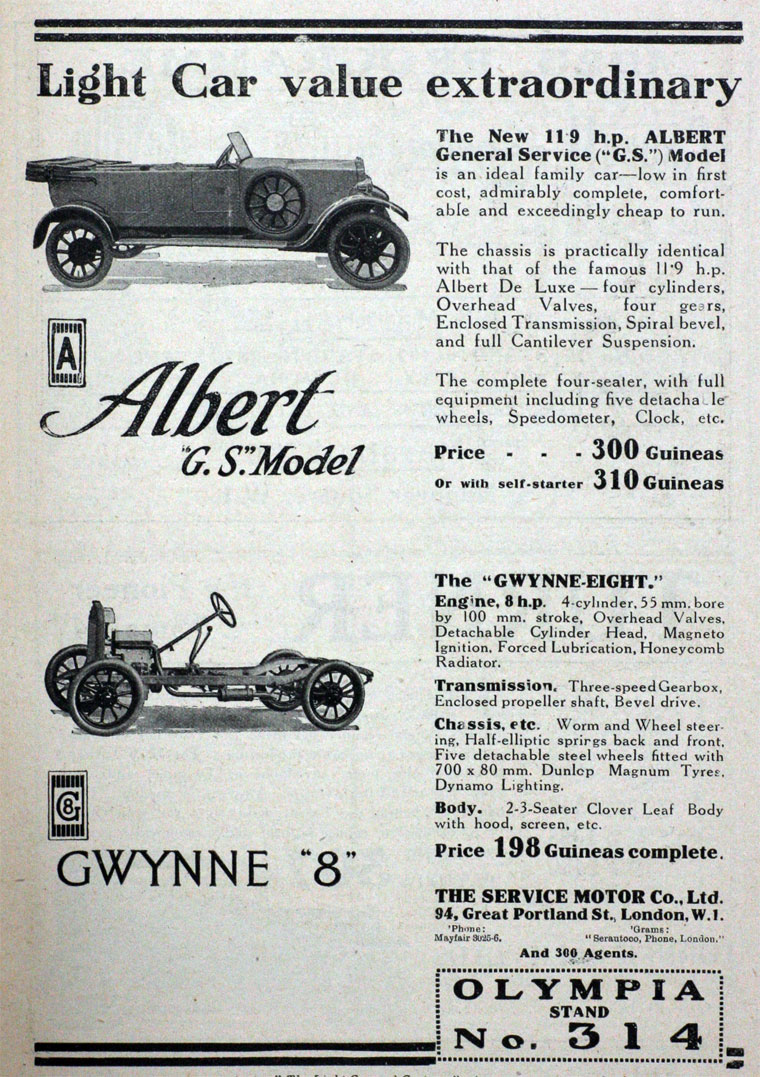 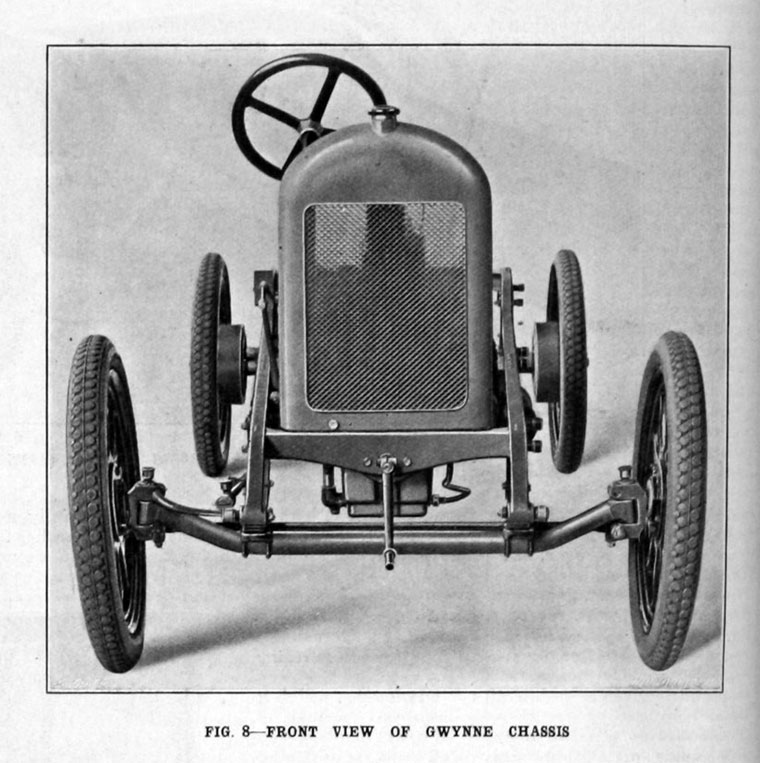 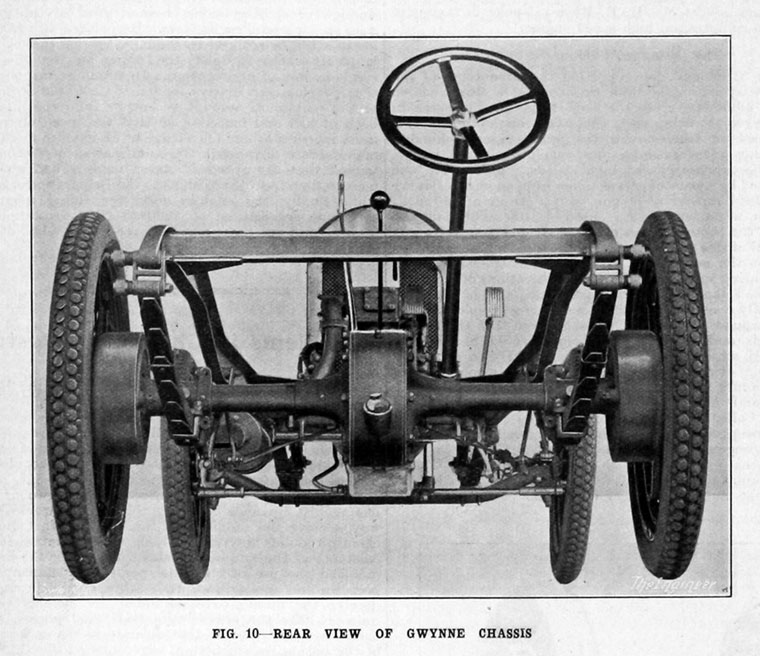 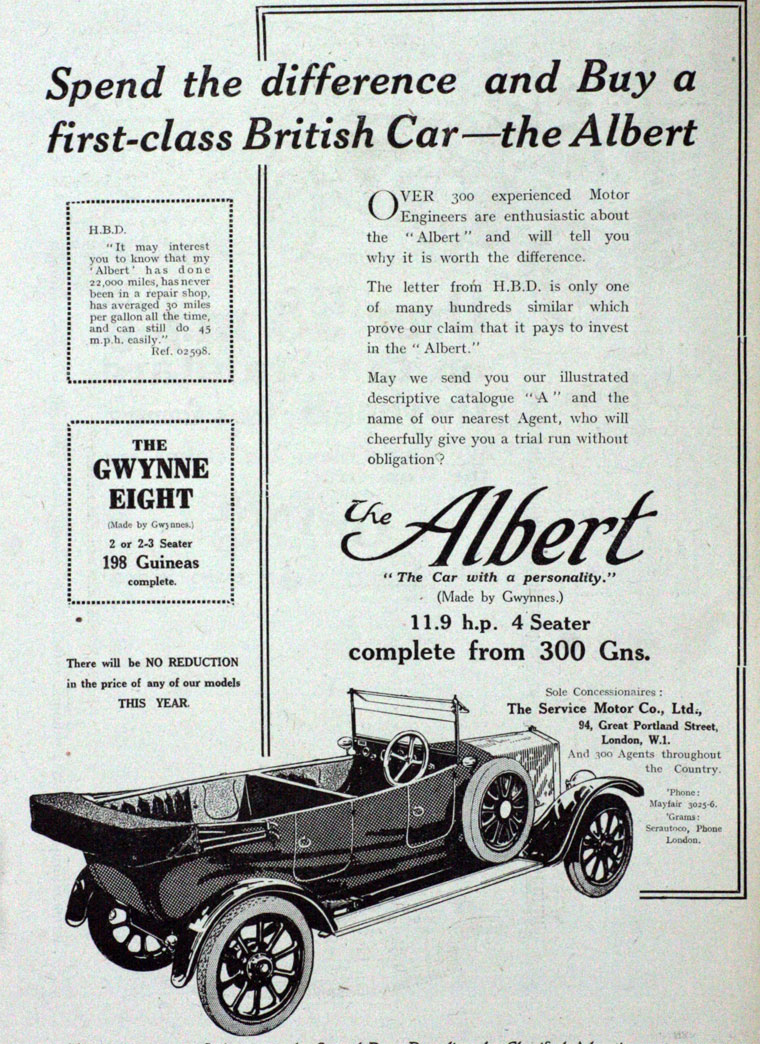 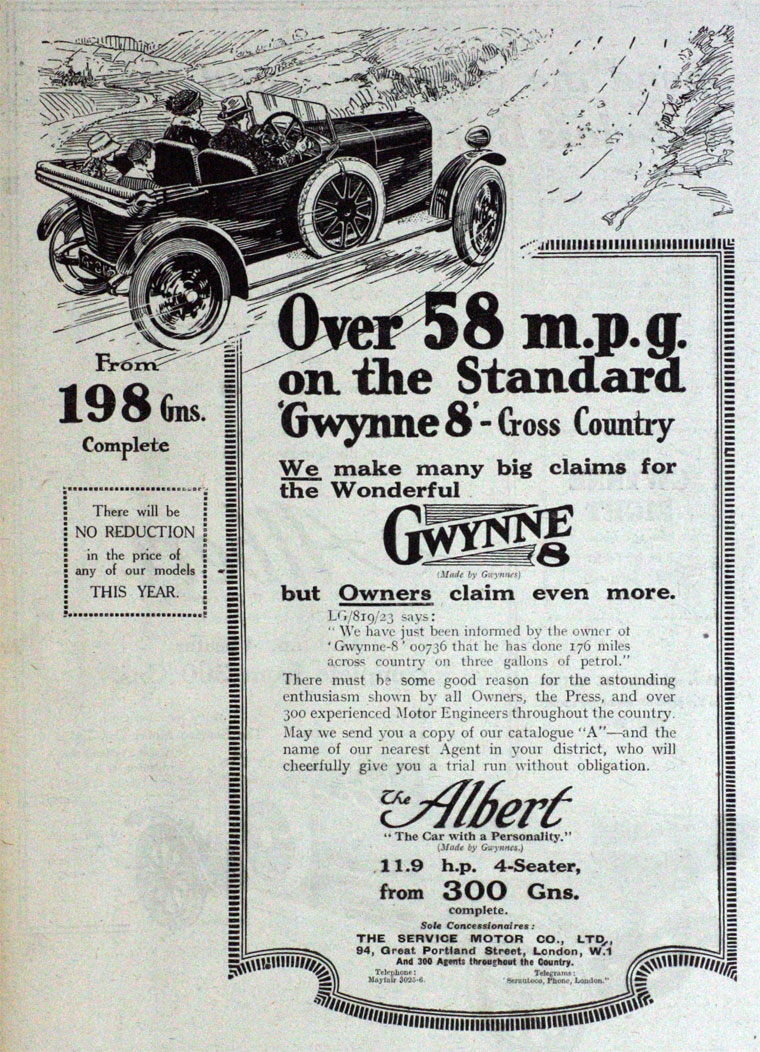 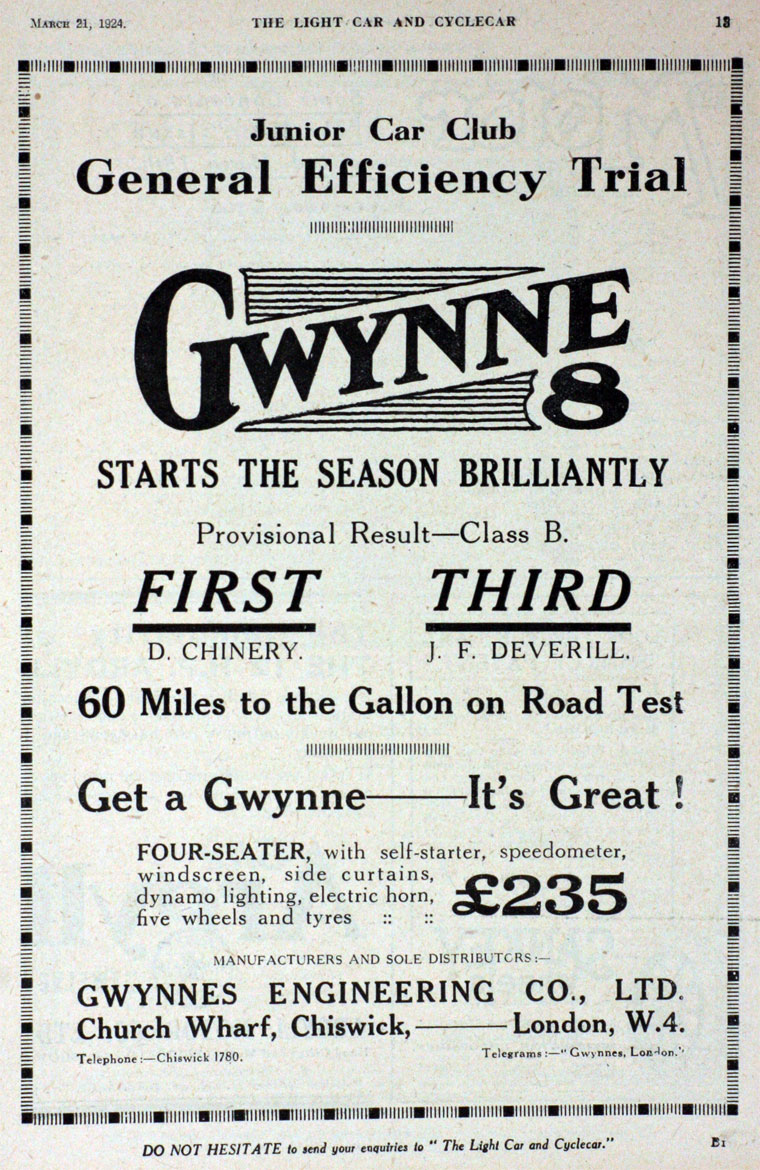 1920 Public company formed to acquire the business and assets of Gwynnes of Hammersmith and Chiswick, and Adam, Grimaldi and Co of Albert Works; prospectus issued[1]. Neville G. Gwynne was managing director.

1920 November. Gwynnes exhibited the Albert, a four-cylinder car with four speed gearbox, at the Motor Car Show at Olympia and the White City[2]

1921 The Albert was popular at the Scottish motor show, indicated by the number in attendance, similar to the number of Morris Oxfords and Cowleys [3].

The car factory was sold by the receiver; the Hammersmith iron works, which made pumps, continued in operation.

1927 A "working arrangement" was made with William Foster and Co of Lincoln and a new company Gwynnes Pumps formed to acquire the business and assets of Gwynnes Engineering Co [5] which was in liquidation. The manufacturing work would eventually be transferred to Lincoln [6].