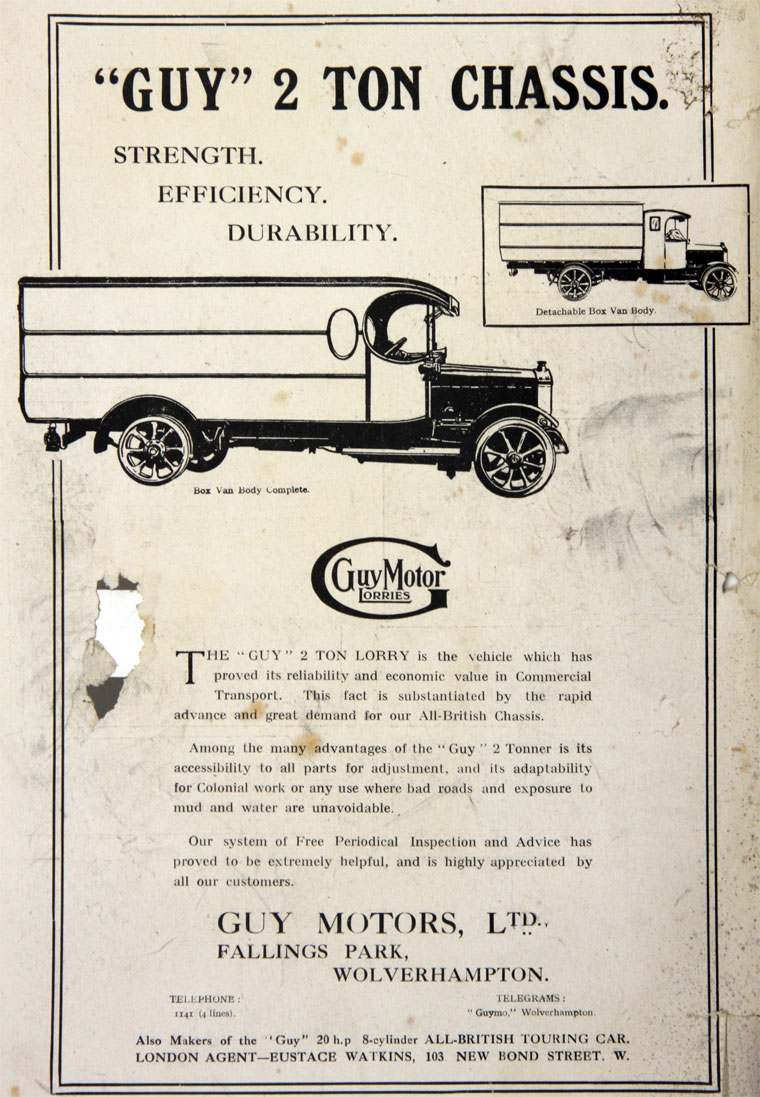 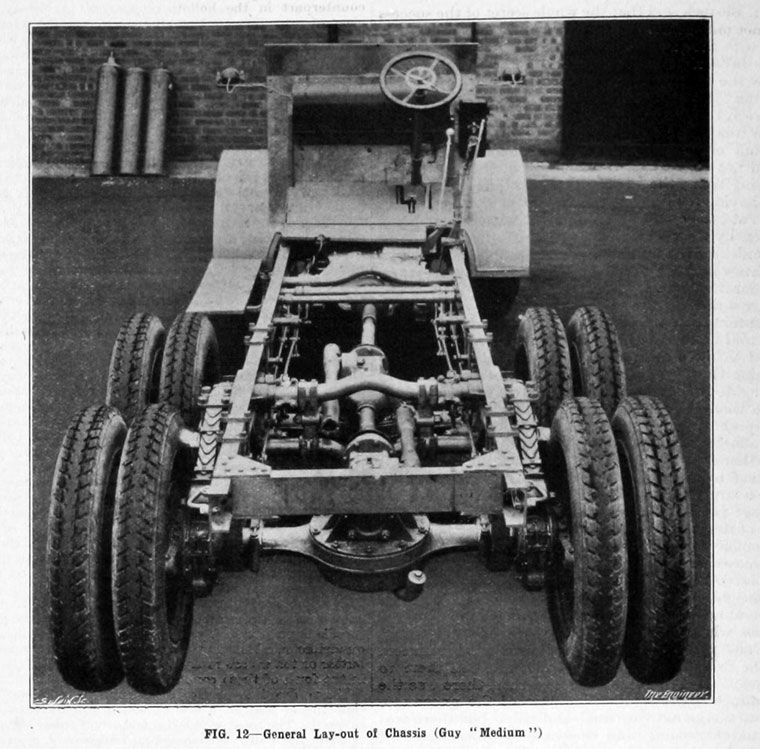 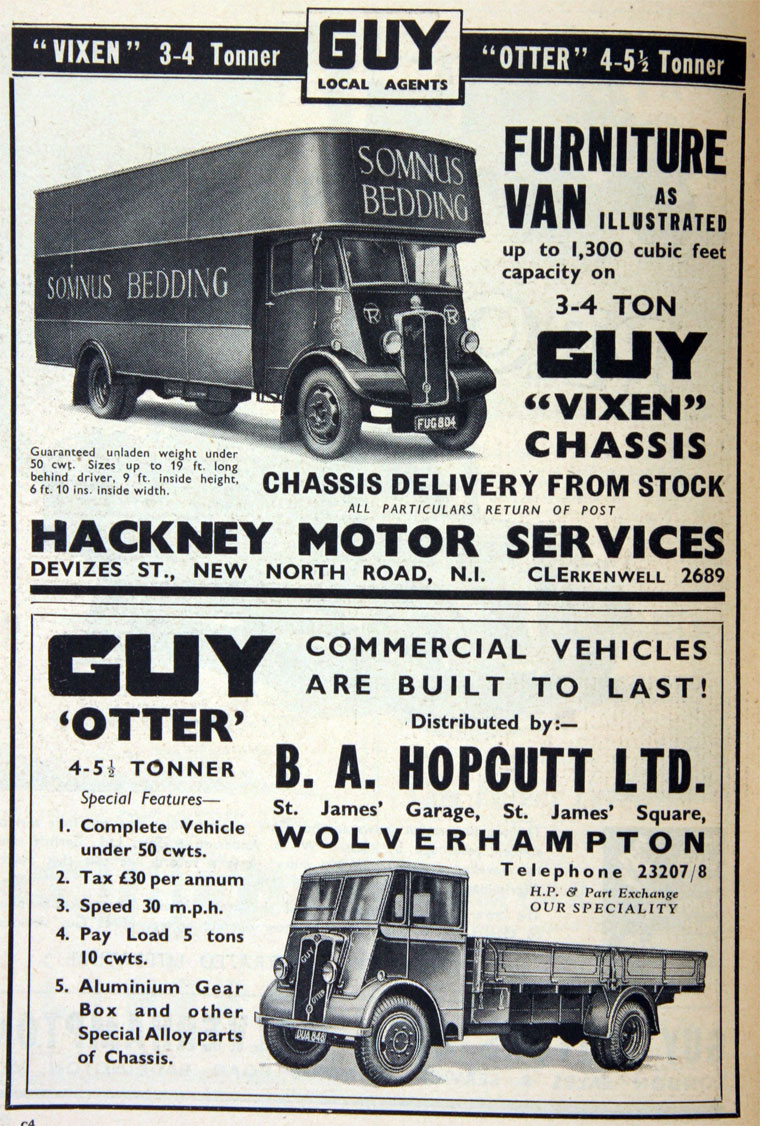 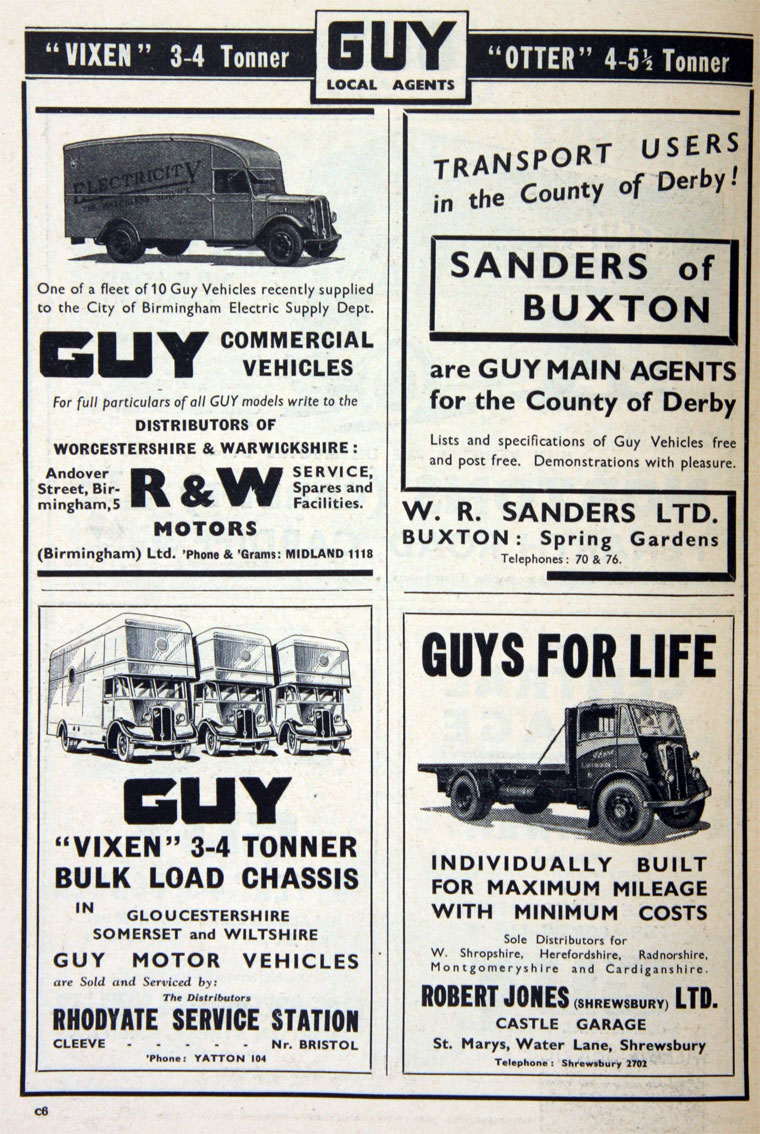 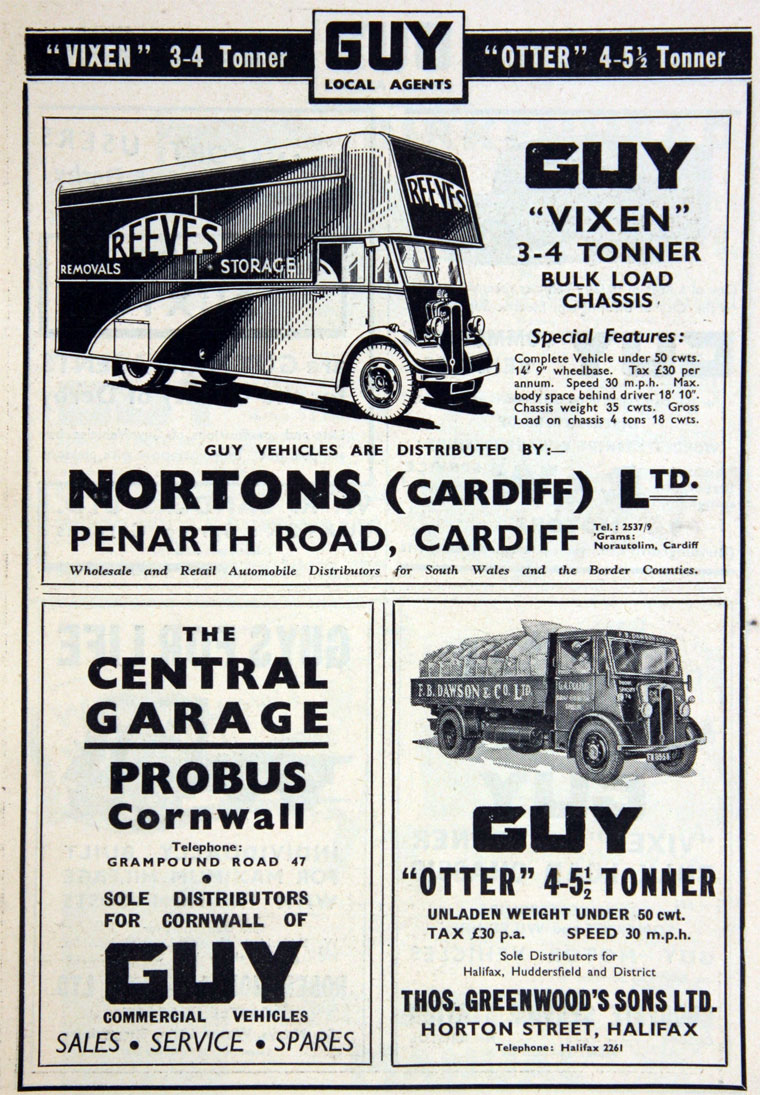 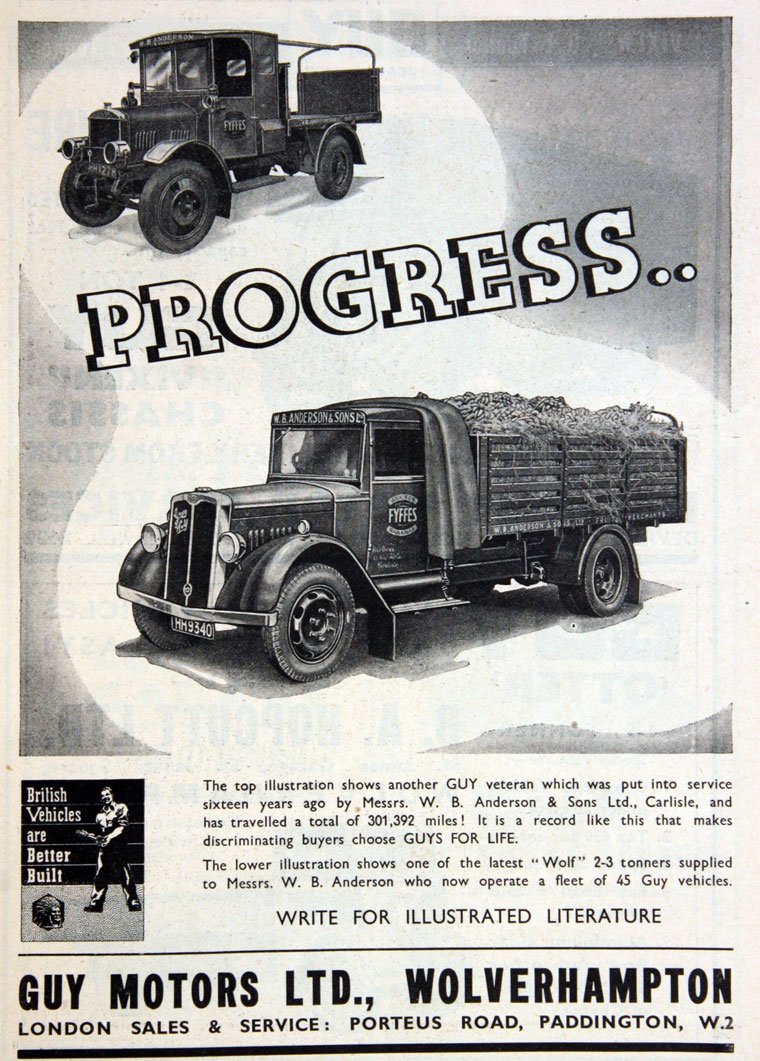 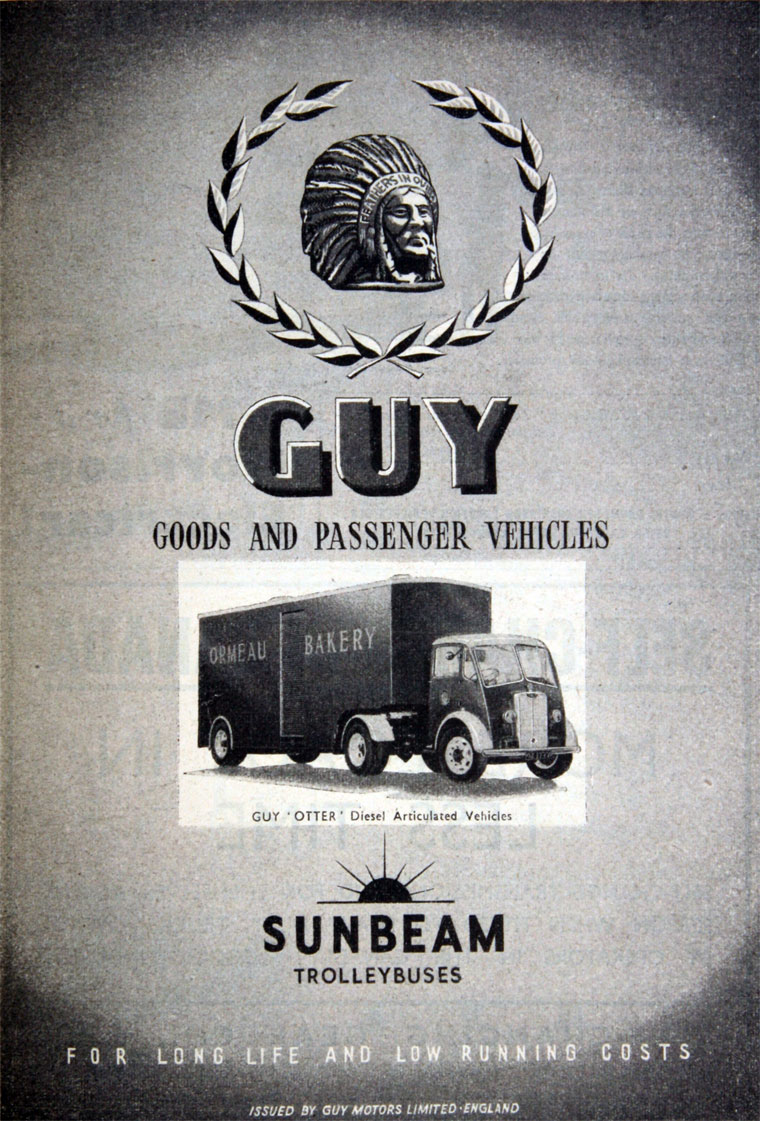 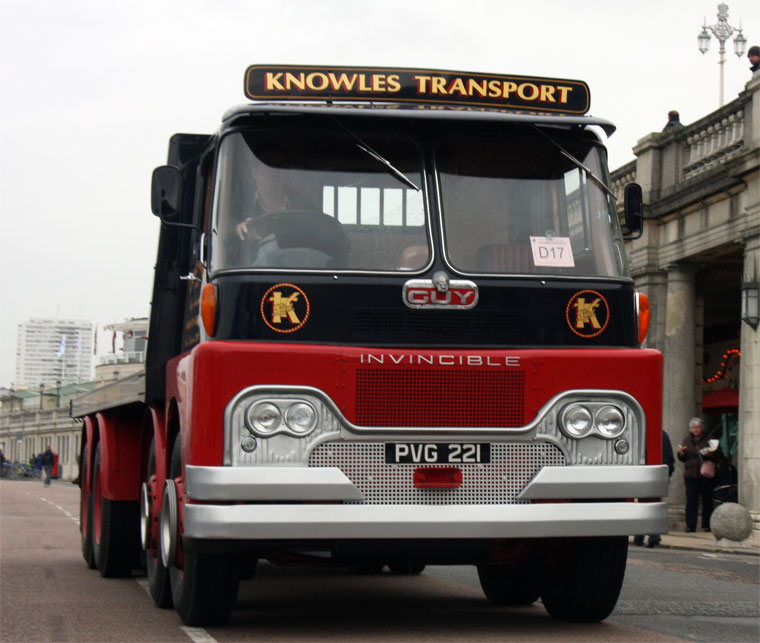 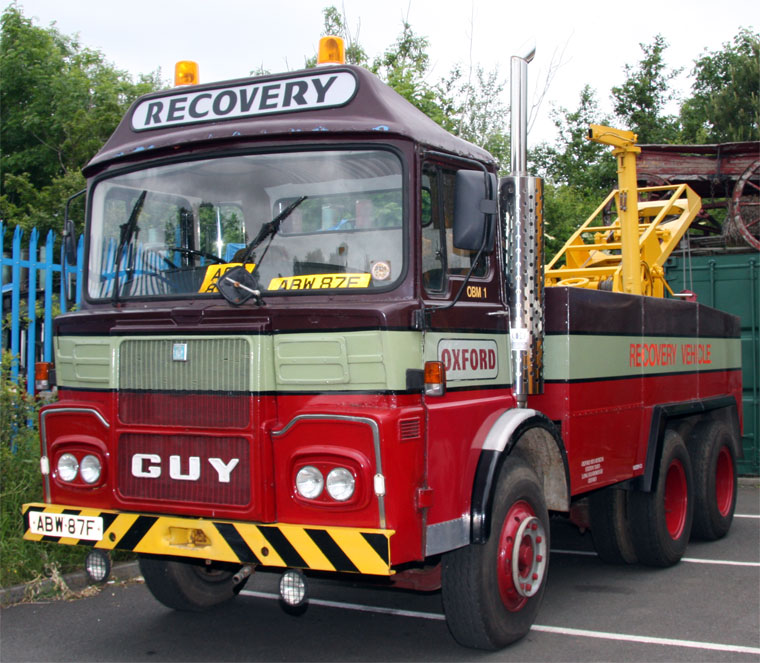 Note: This is a sub-section of Guy Motors

1934 The famous radiator cap with the Red Indian head and the slogan 'Feathers in our Cap' first appeared.

WW2 Government ordered large numbers of the 4 x 4 tractors for war use.

1956 The Warrior range introduced for 6-15 tons and rigid or articulated.