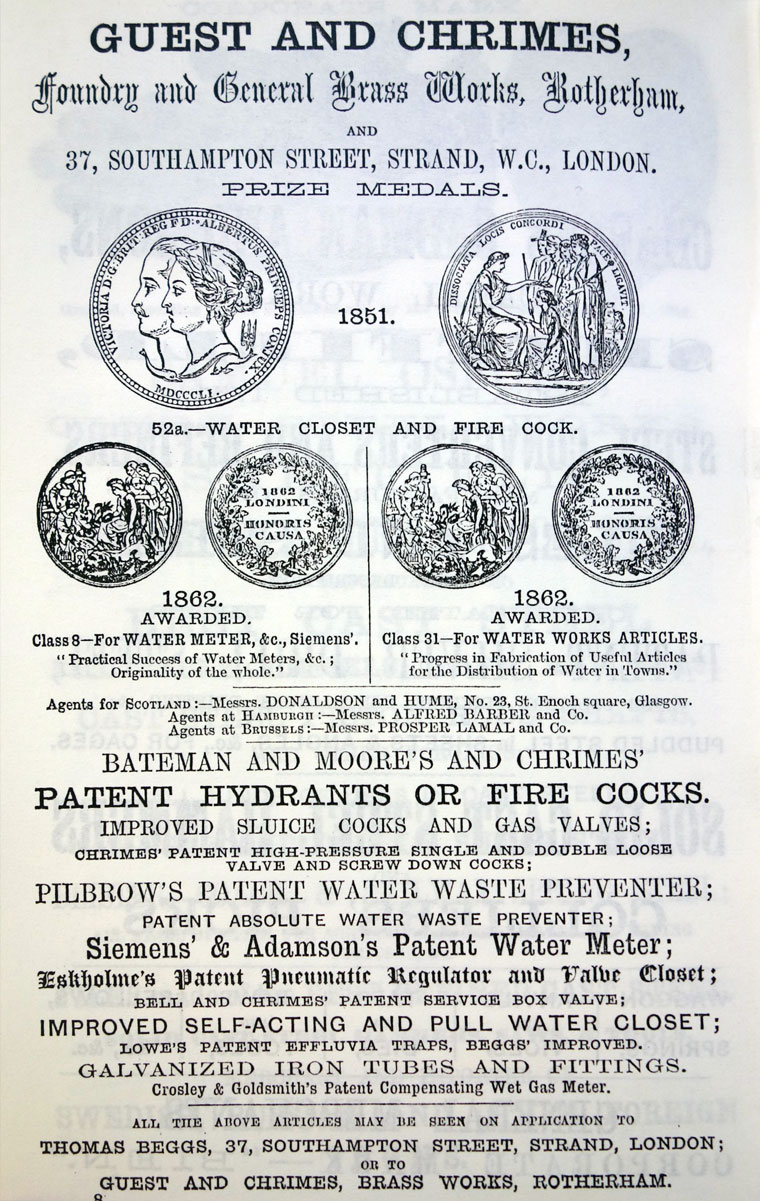 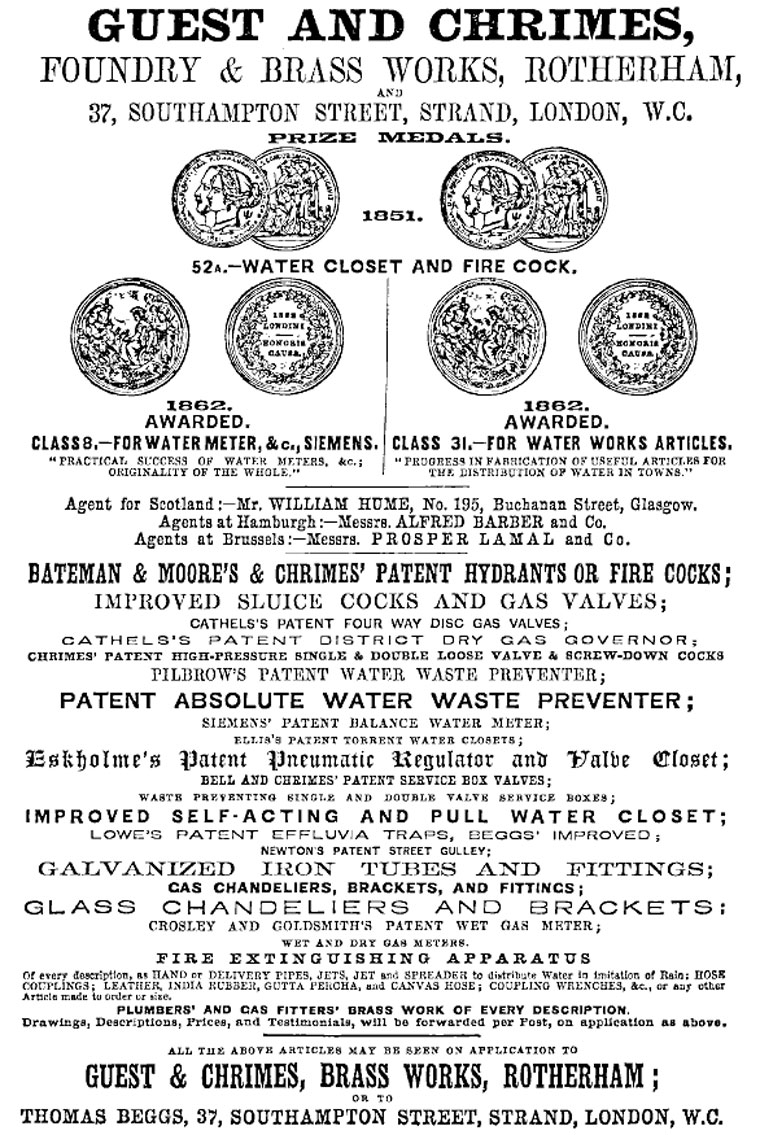 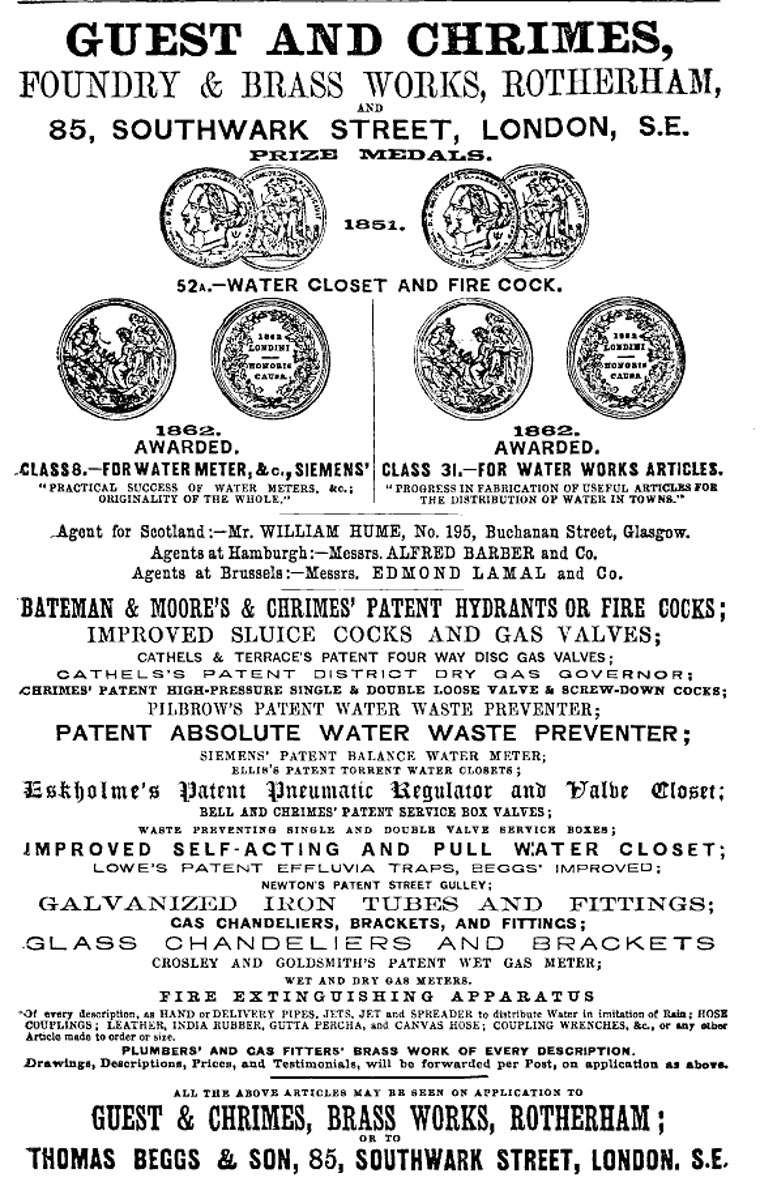 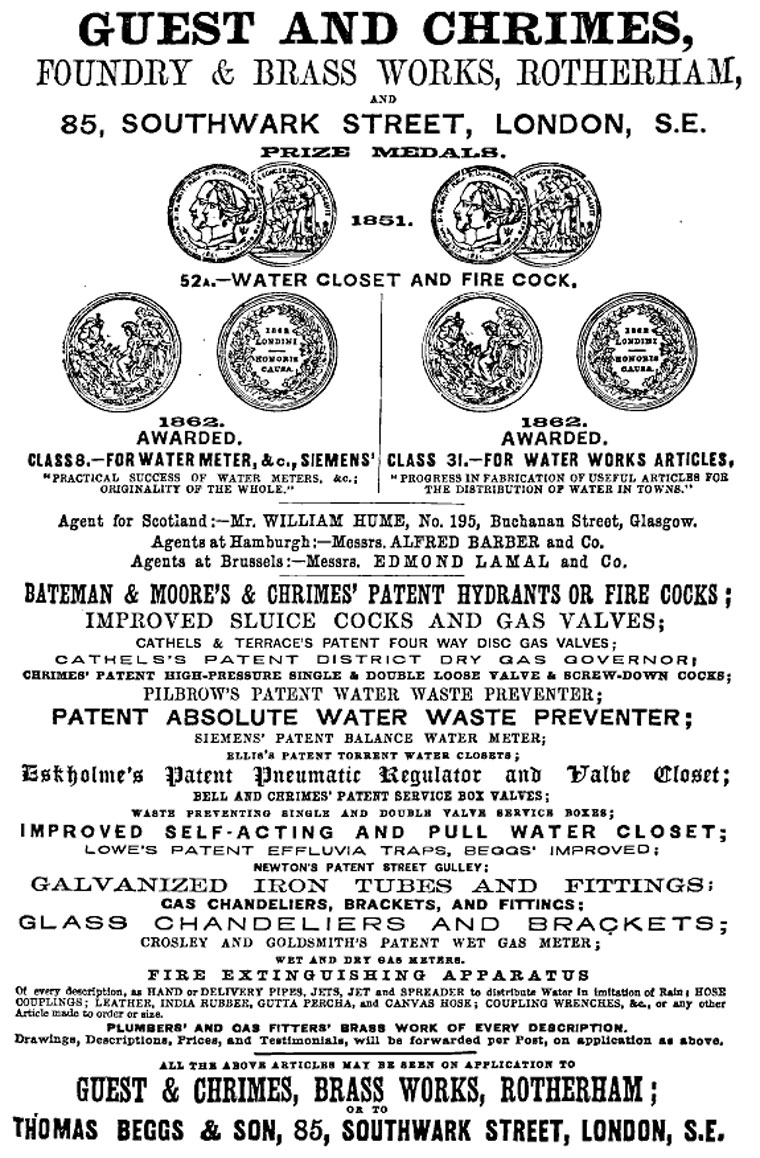 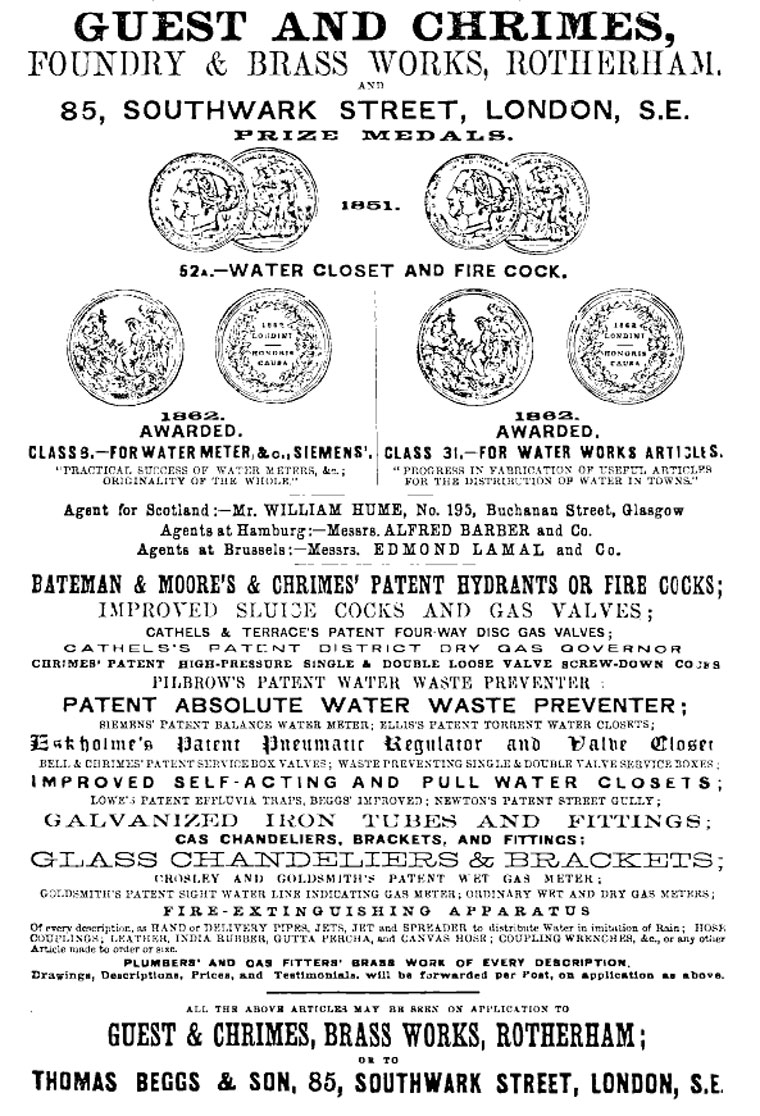 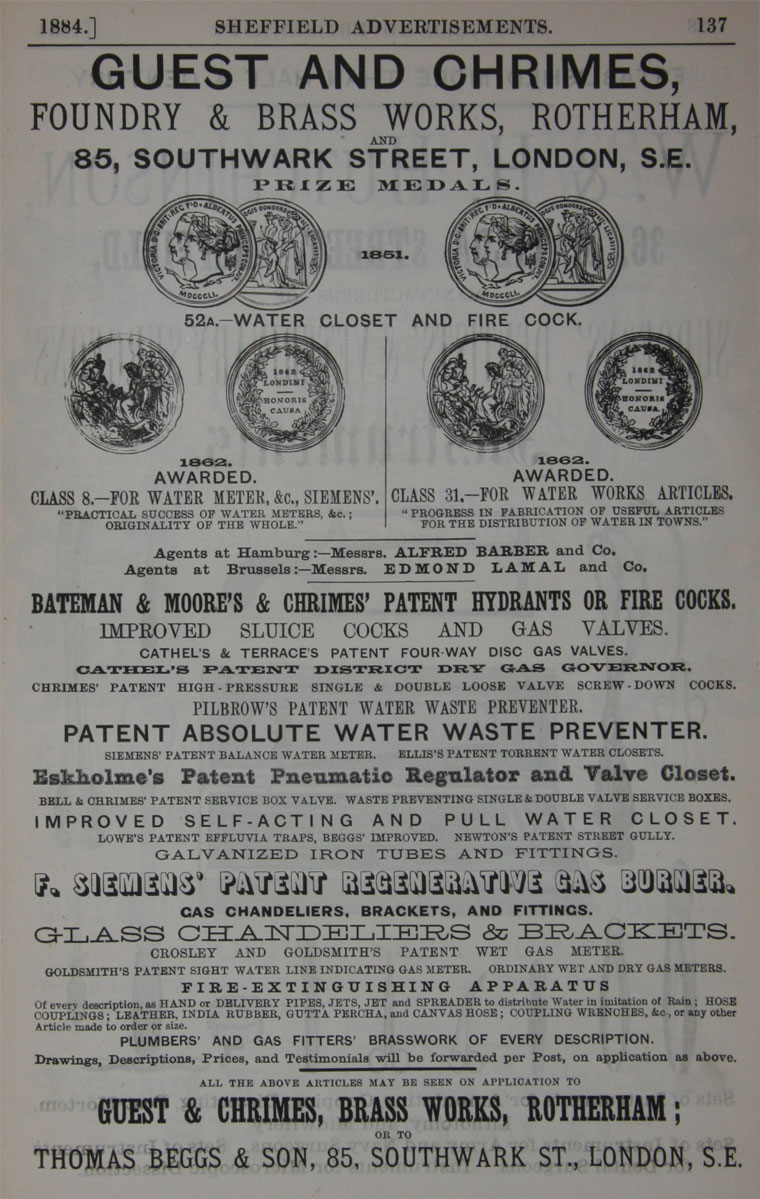 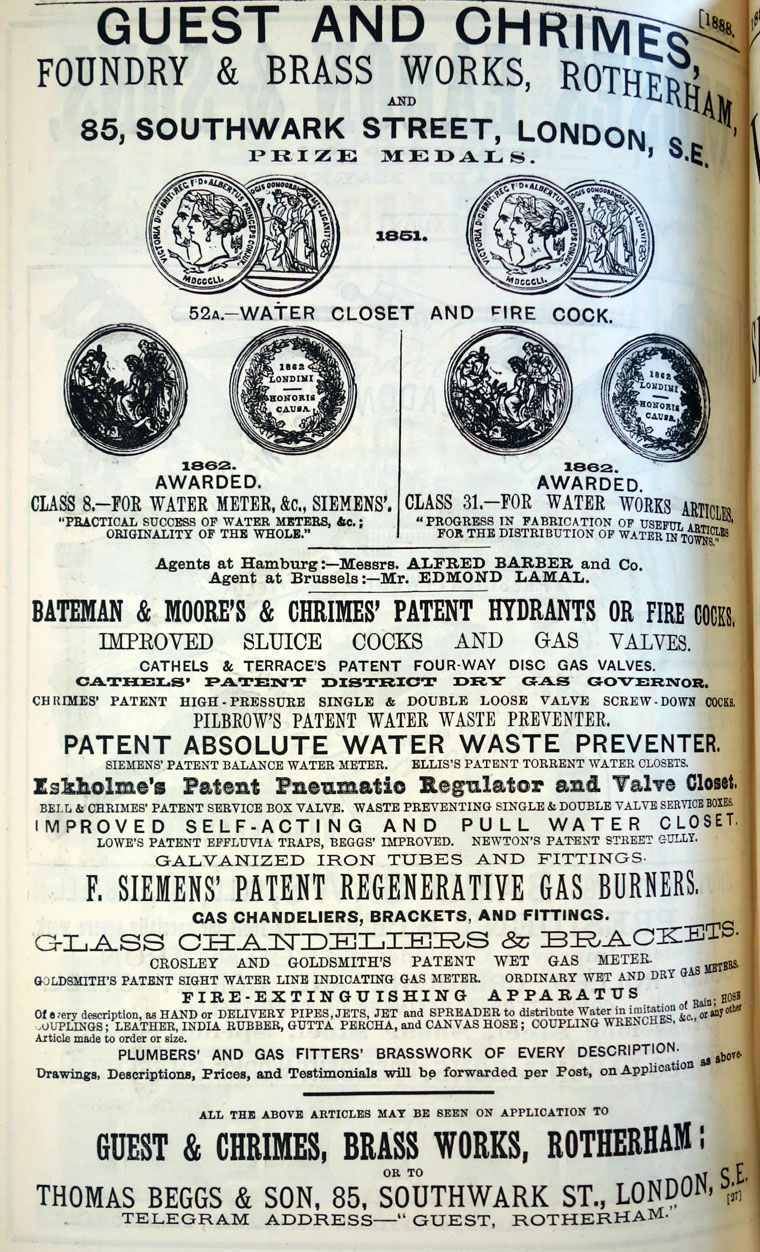 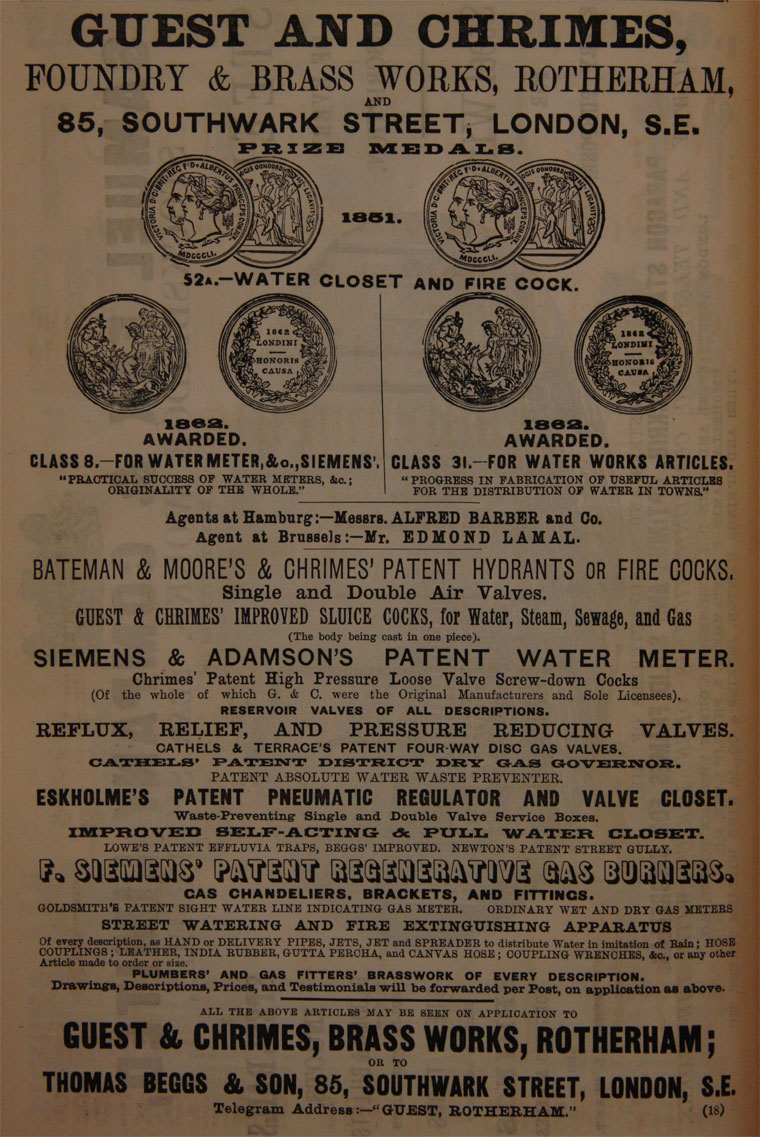 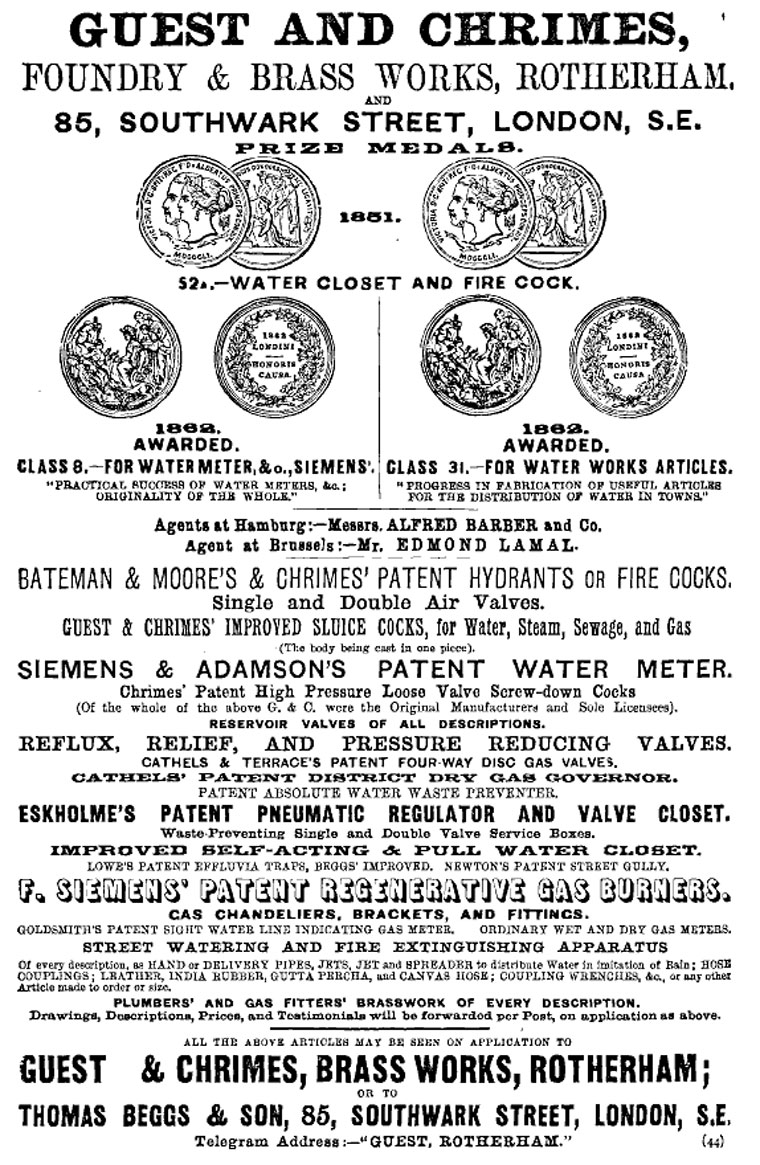 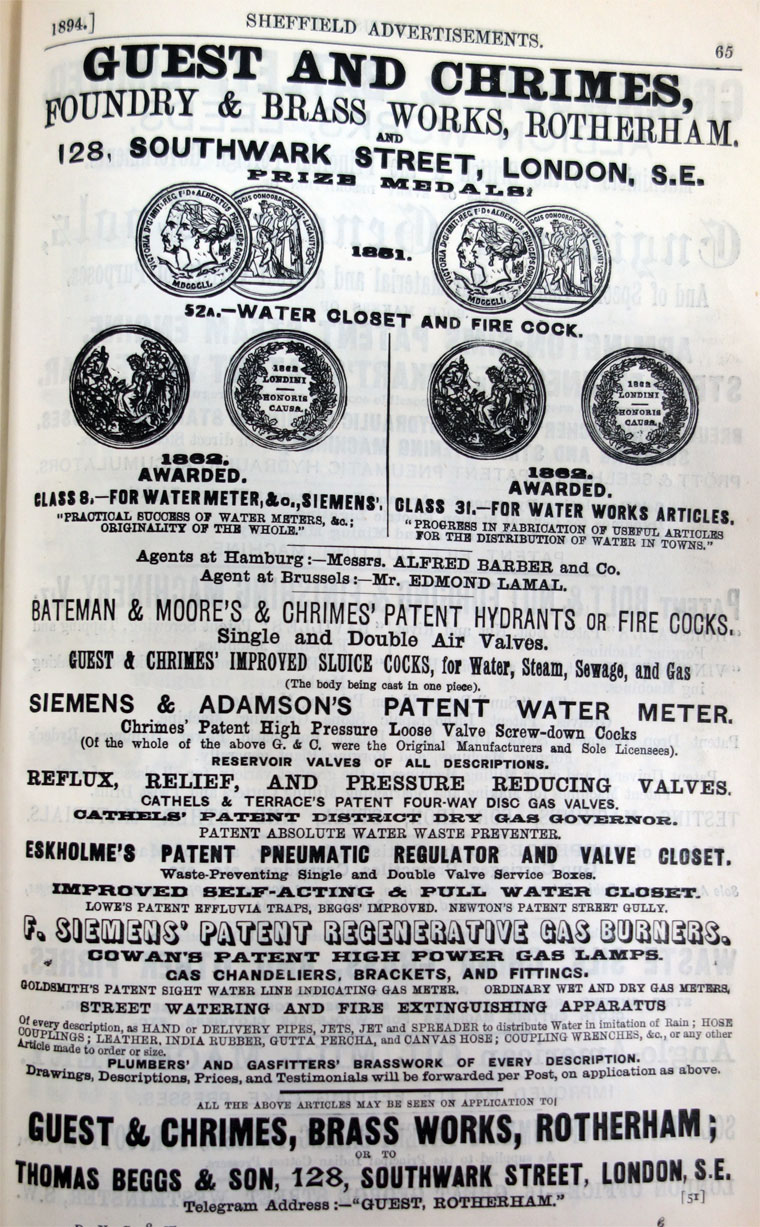 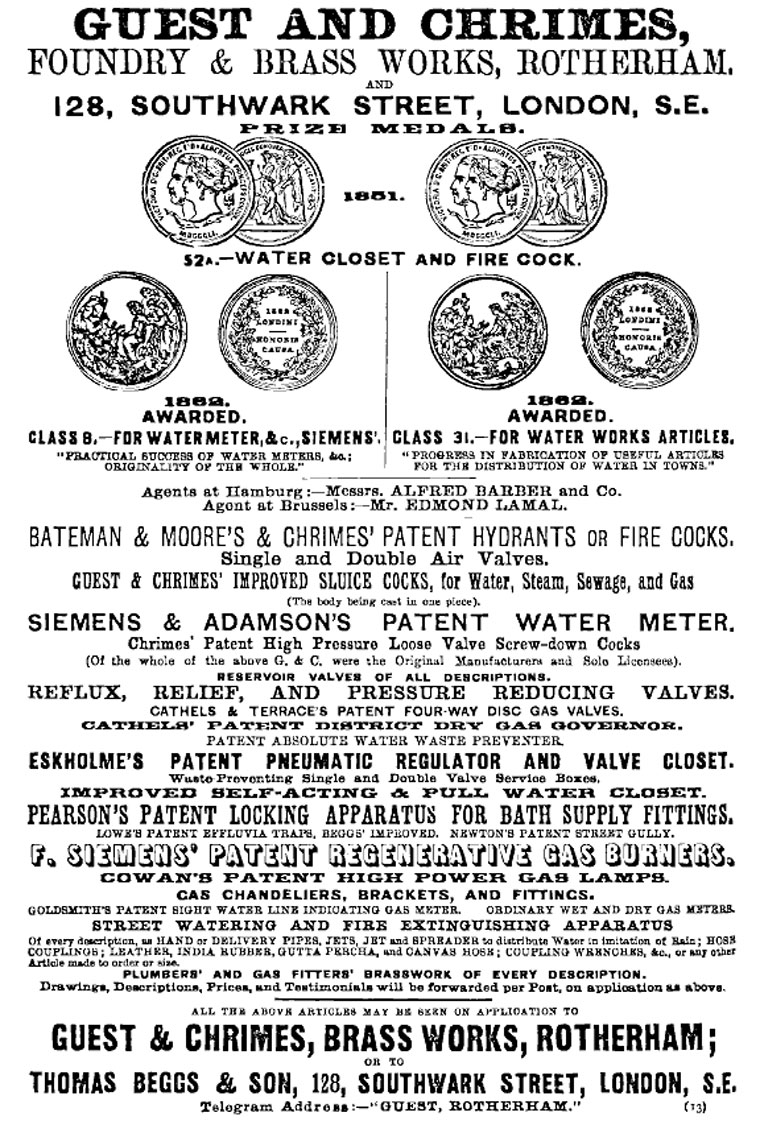 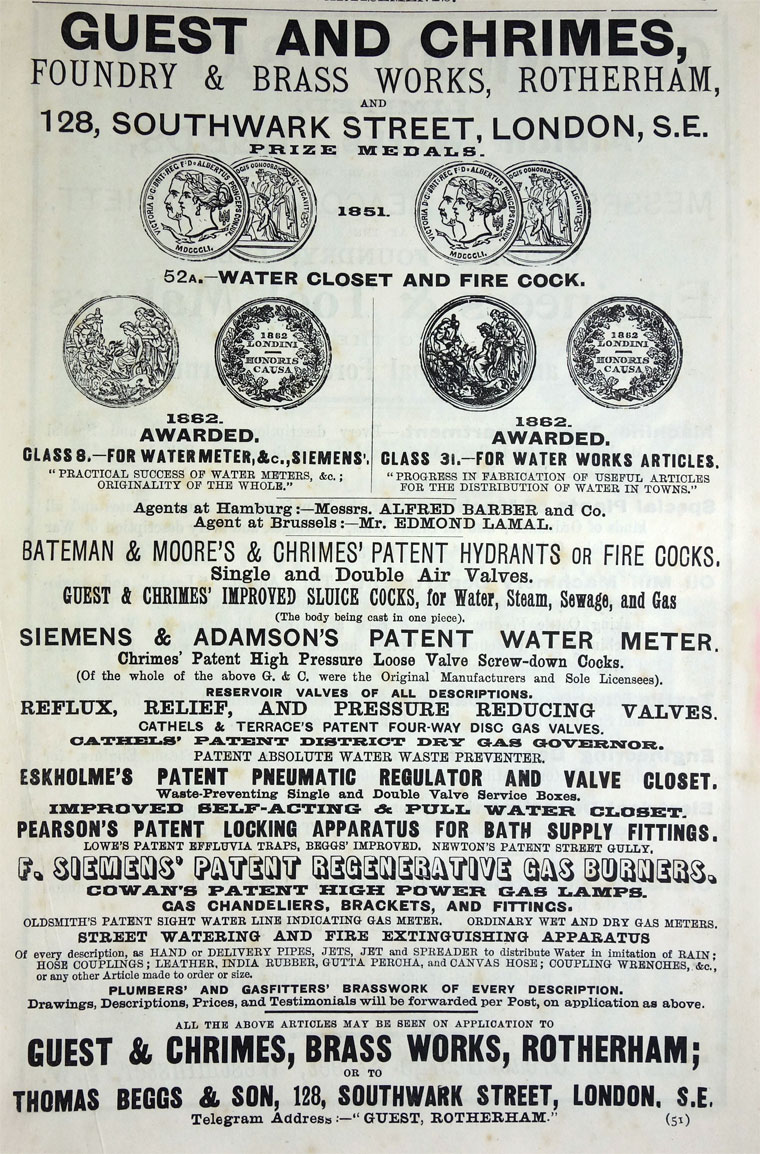 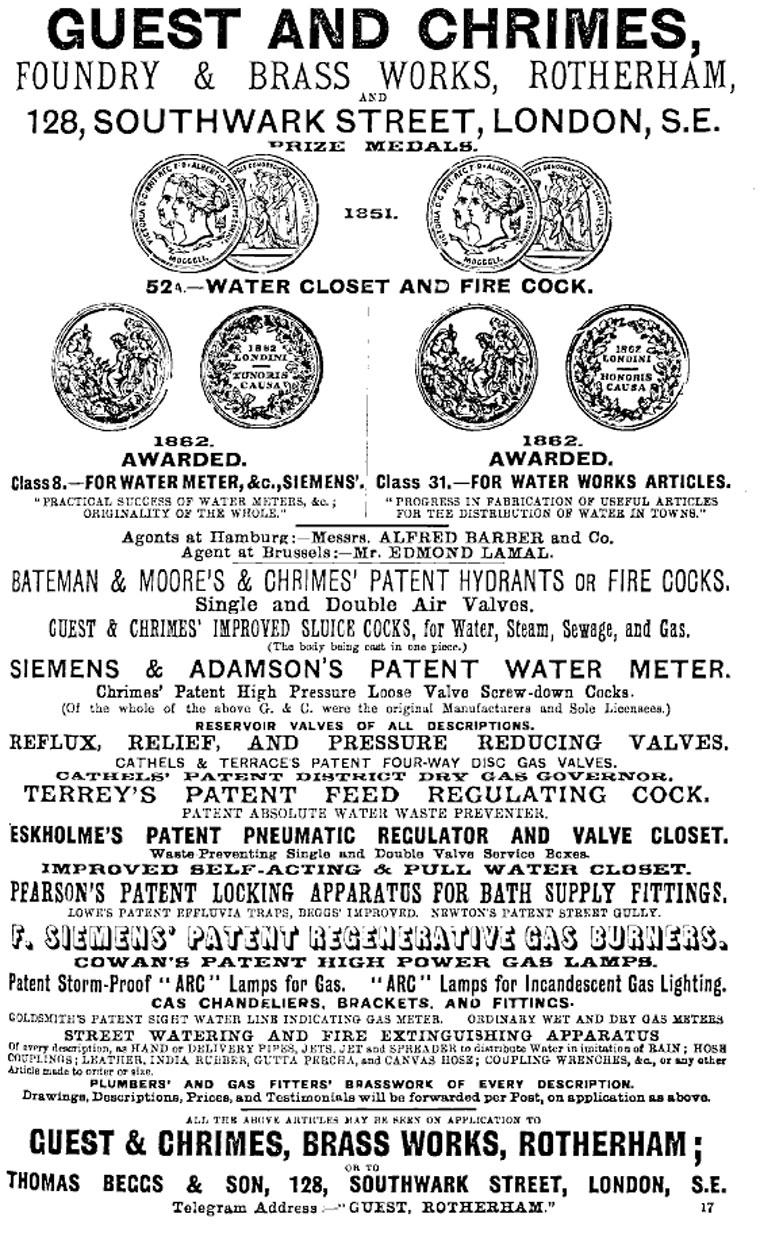 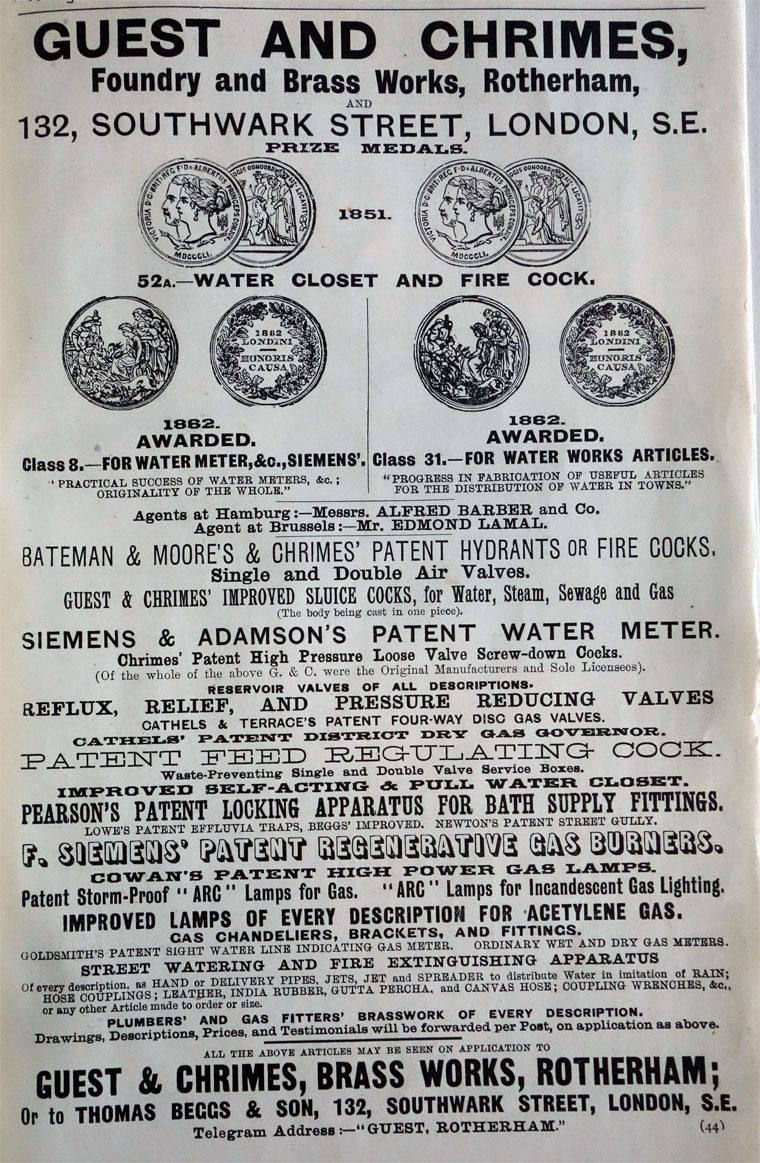 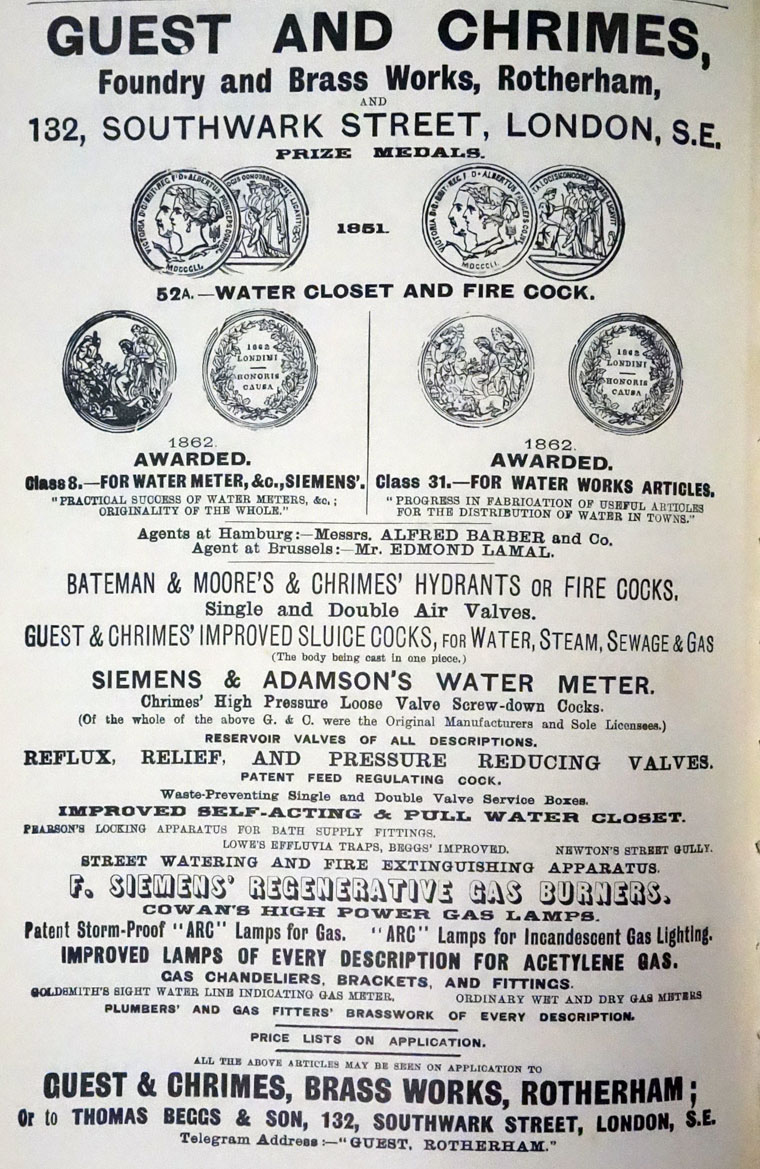 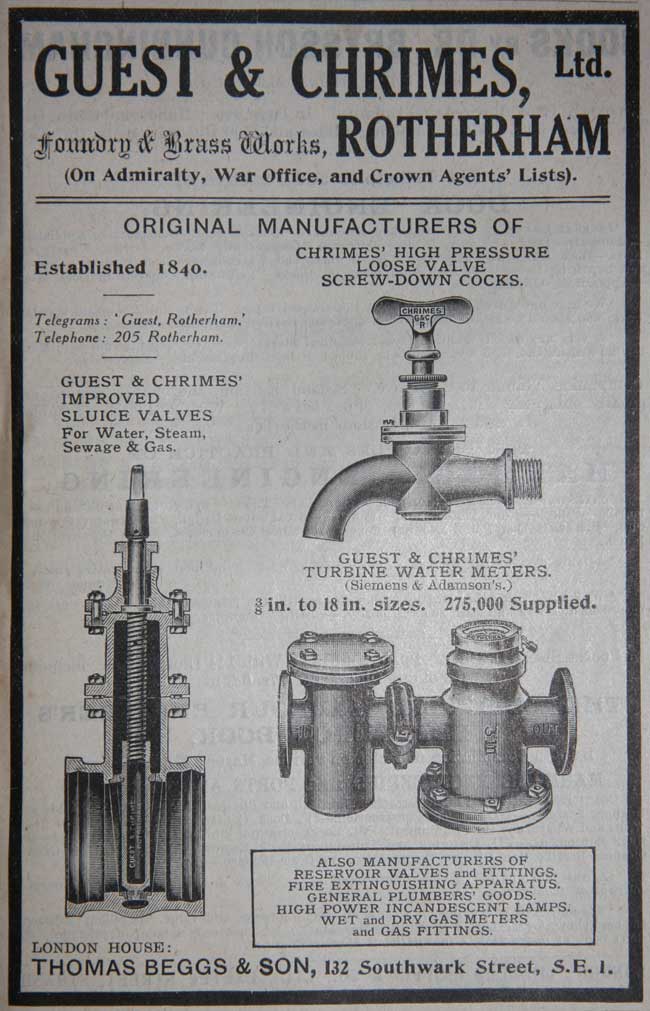 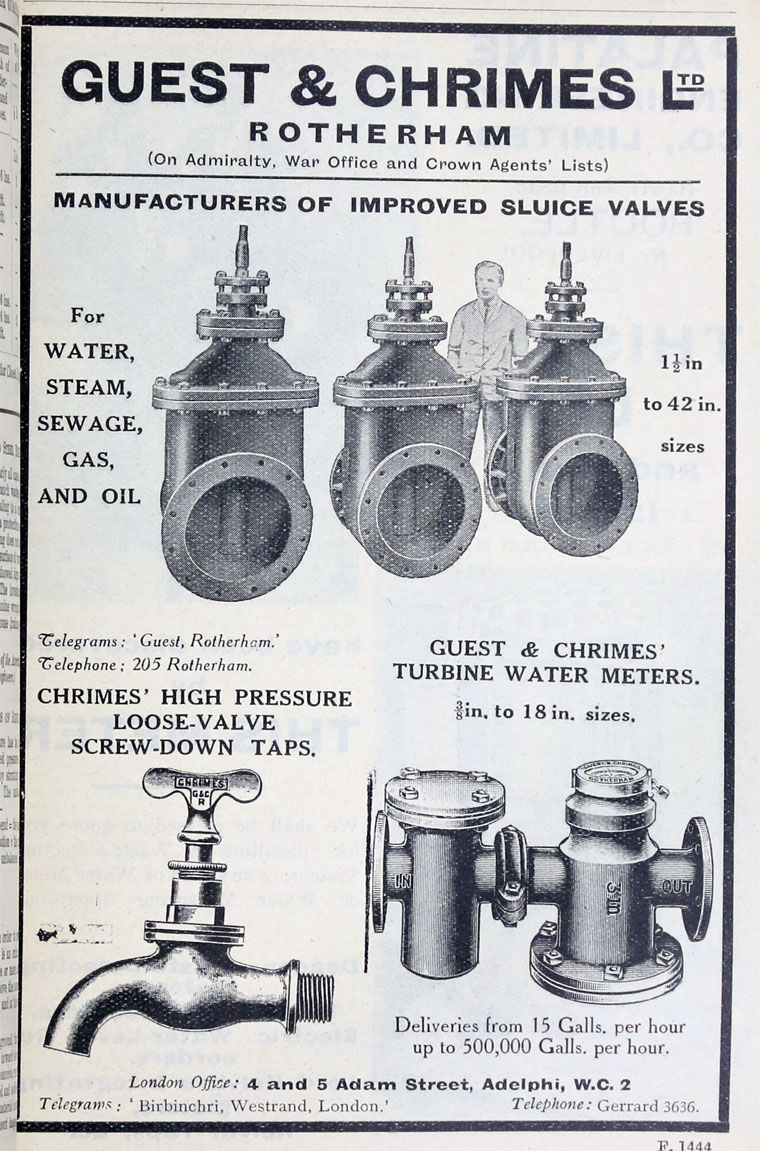 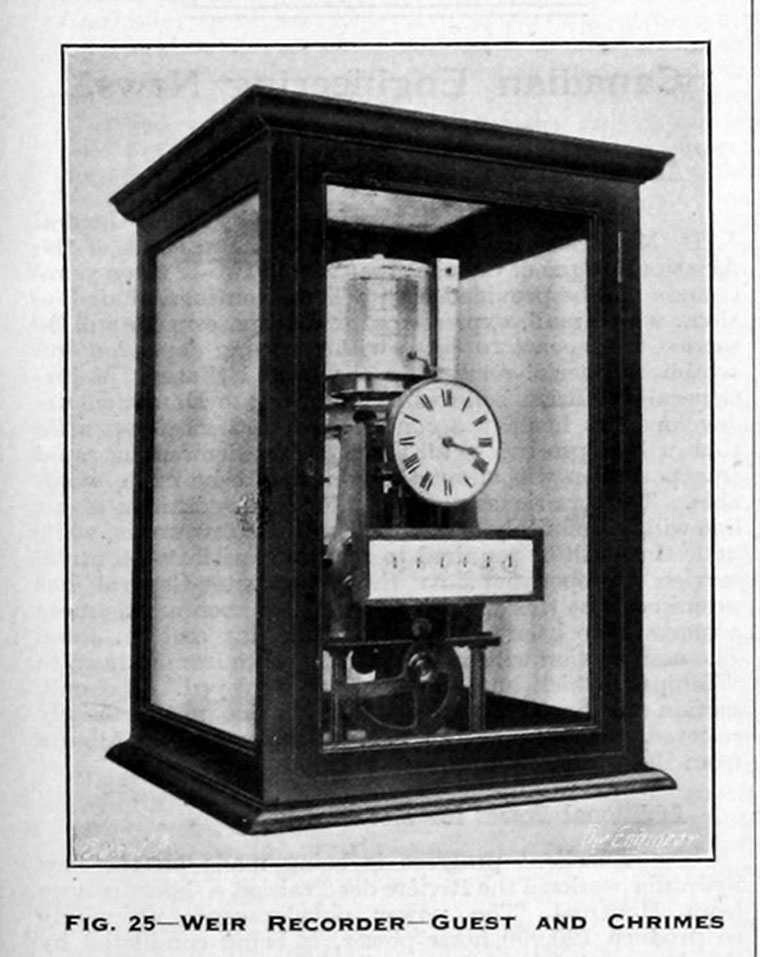 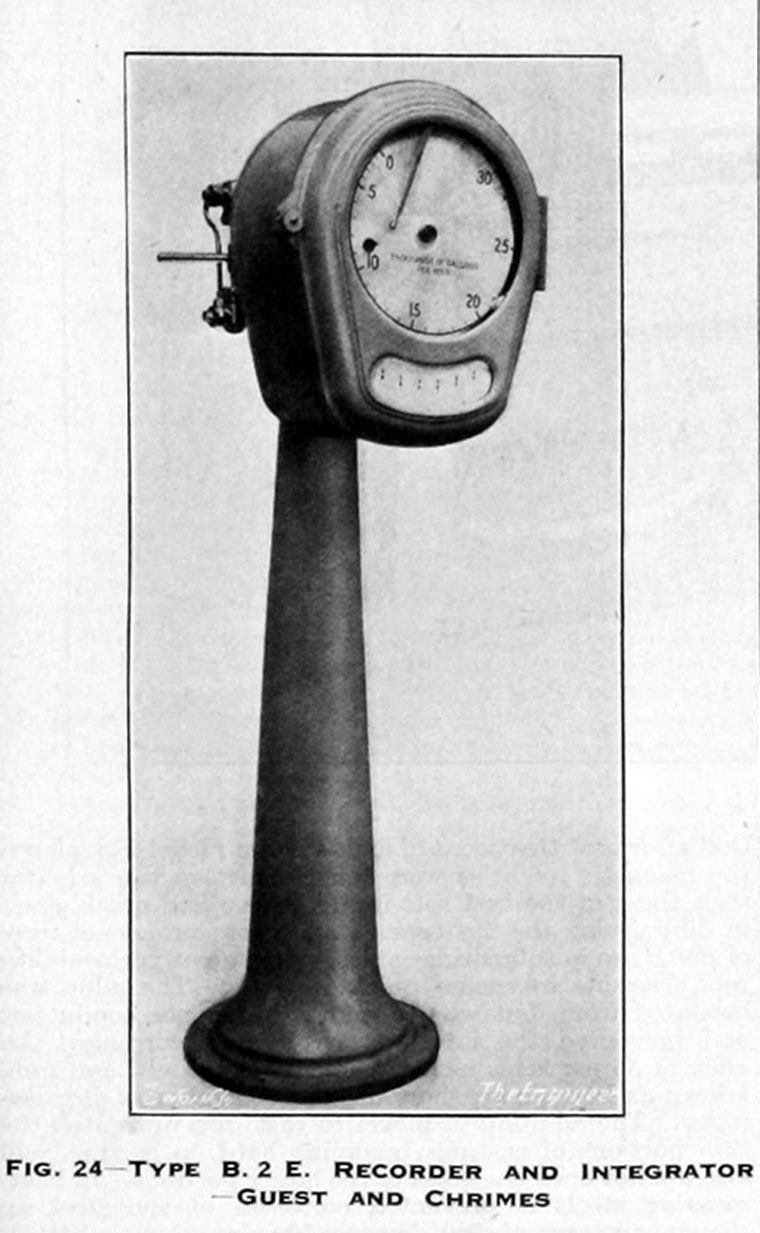 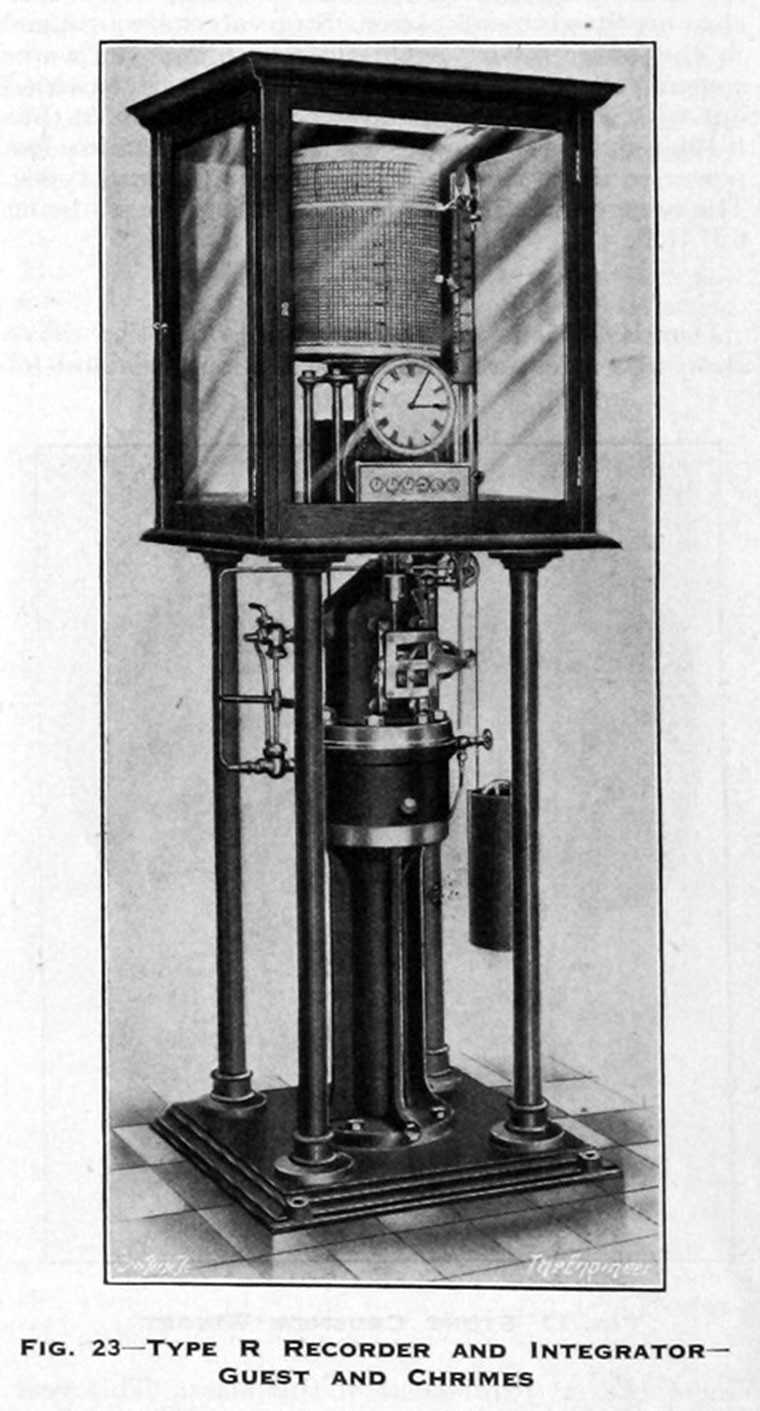 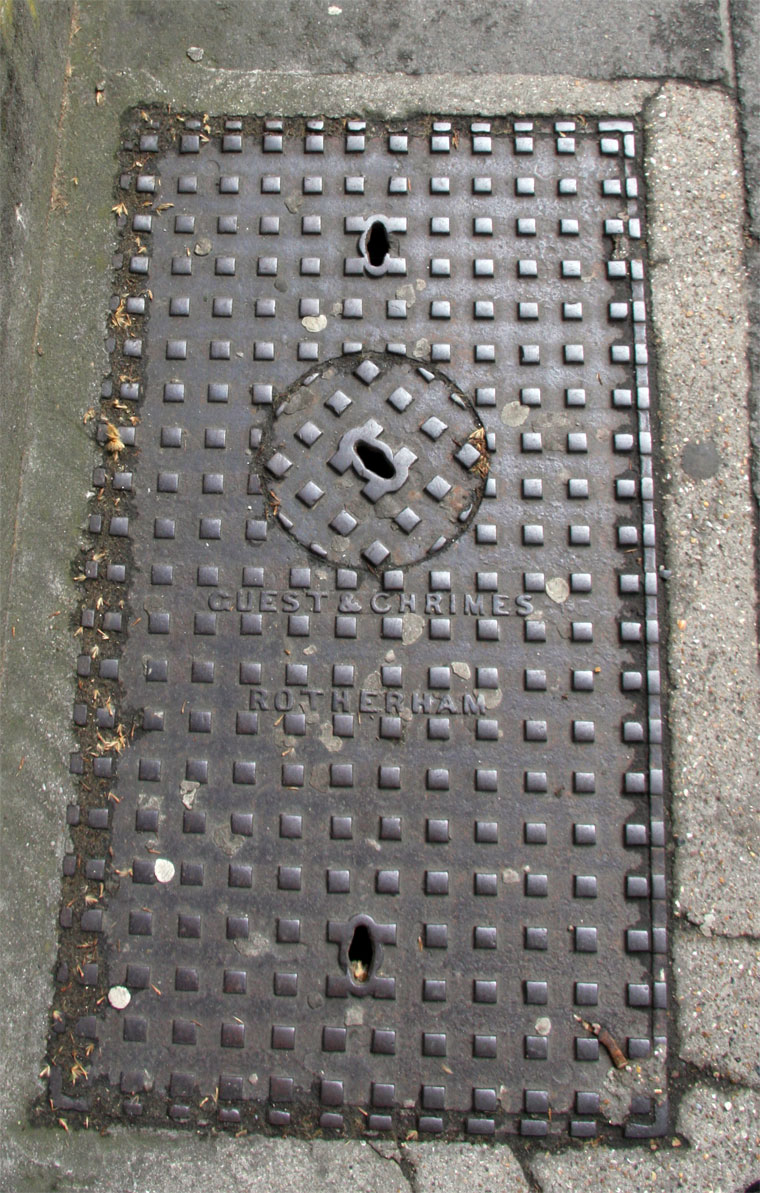 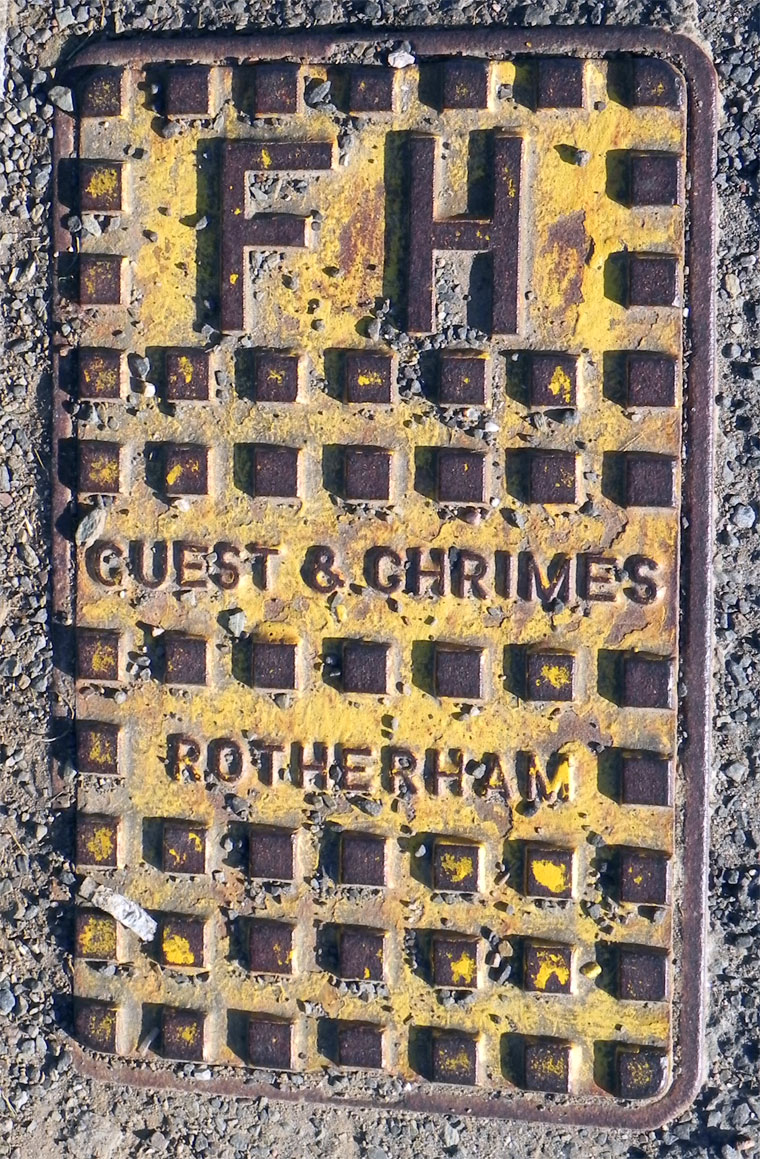 1847 Taken over (it is thought) by Guest and Chrimes

1857 Richard Chrimes, of Brass Works, Rotherham, was elected to membership of the Institution of Mechanical Engineers, proposed by C. W. Siemens and seconded by W. Fairbairn; he remained a member until 1889[1]

1873 After a lengthy dispute with the Birmingham brass workers union, the union proposed to set up a co-operative at Masbro in direct competition with the company[2]

1879 The town boundary was to be extended and would include the works, which would increase the rates paid and prevent the company draining into the river. Mr Eckholme, the general manager of the company, suggested he could devise a cheaper drainage scheme[3]

1922 Their secretary Mr. T. W. Bottoms retired after forty-two years' service with the firm and was succeeded by Mr A. L. Guilmant.[5]