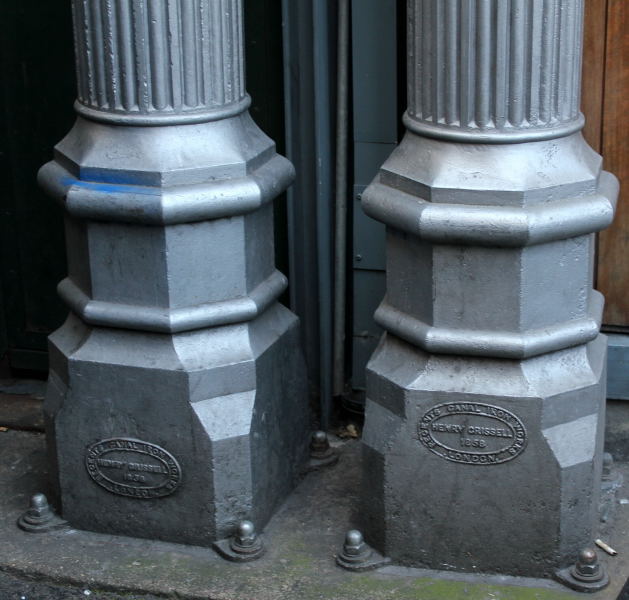 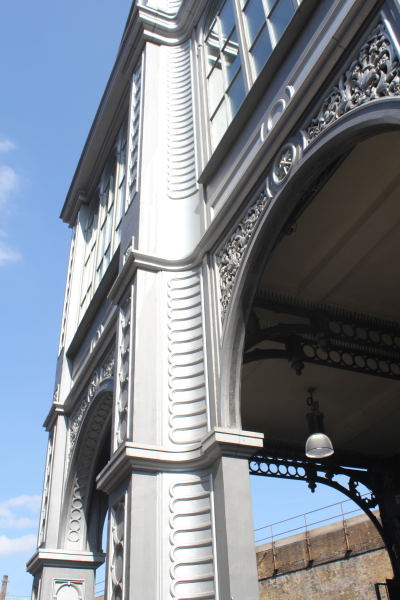 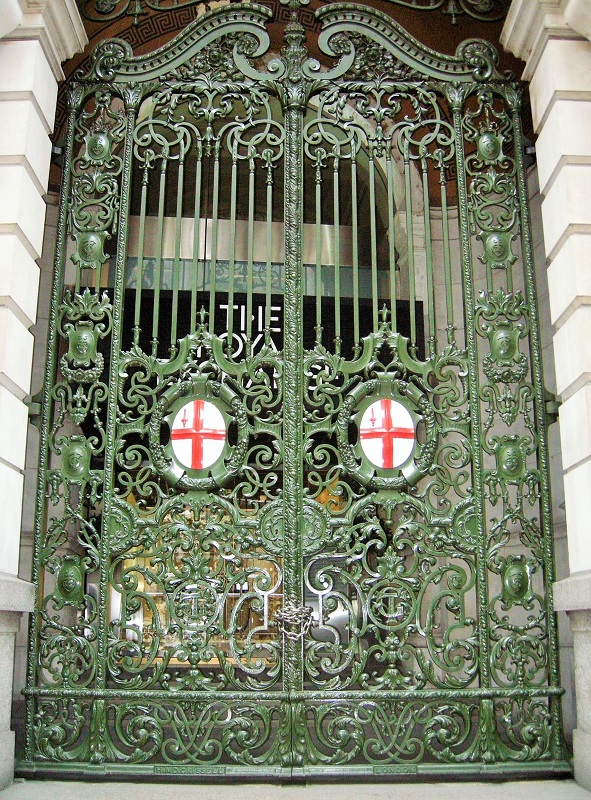 1845 Produced the ironwork for a railway swing bridge over the River Wensum at Carrow, near Norwich. The bridge was designed for the North Norfolk Railway by George Parker Bidder. Grissell and Peto were the contractors, and H & M D Grissell provided 323 tons of ironwork. The centre pier comprised 16 iron columns/piles sunk 15 ft below the river. The swivelling iron deck girders were supported by trusses connected to a cast iron A-frame.[1]

1850 Legal Notice against any infringements of the patent for Guerin's Steering Apparatus. Mentions Messrs H. and M. D. Grissell as sole patentees and manufacturers and of the Regent's Canal Iron Works.[2]

1858 Partnership dissolved. '...the Partnership lately existing between us the undersigned, Henry Grissell and Martin De La Garde Grissell, of the Regent's Canal Iron Works, Eagle Wharf-road, in the county of Middlesex, Engineers, Ironfounders, and Contractors, has been this day dissolved by mutual consent. All debts due and owing to the firm, are to be paid to the said Henry Grissell who continues the business...'[3]

1869 Made a pair of swing footbridges for the Grand Surrey Docks, described and illustrated in 'Engineering'. They each had a pair of cantilevered spans of 32 ft 6 ins from the centre of the pivots.[5]

Worked with the major engineers of the time, including Robert Stephenson, Bidder, Walker & Burges, and Sir William Cubitt.

The company made the ironwork for some major bridges, including on the river Nene, Sutton, Lincolnshire, Great Yarmouth, and the Nile in Egypt, as well as works in Portsmouth and Devonport dockyards. Overseas jobs included waterworks at Vienna, Leipzig, Russia, and various lighthouses. They also made ironwork for Covent Garden Opera House, for the some of the Houses of Parliament and the new museum at South Kensington. He also made the gates for Sir William Tite's Royal Exchange (see photos), the gates and railings round Buckingham Palace and at the British Museum. The company produced the cast iron façade of the Floral Hall at Covent Garden, now relocated to Borough Market, Southwark (see photos).[6]

Note: A partnership, Grissell and Docwra, with offices in Hoxton and Leipzig, was dissolved in 1868.

1856 'IRON LIGHT-HOUSE FOR BAHAMA.
A very curious specimen of engineering skill is now on view at the iron works of Messrs. H. and M. D. Grissell, Eagle Wharf-road, Hoxton,. It consists of a light-house, made entirely of cast-iron, which Messrs. Grissell have constructed for the Government, and which is intended to be placed on the Great Isaac's Rock on the Bahama bank, West Indies. The plan of the structure is very similar to those formed of granite in the usual way, but the expense will be much less, and experience has shown that iron is admirably adapted for the construction of such works.
It is formed of inch and a quarter iron plates, jointed together by bolts and nuts, the whole supported by a shaft in the centre of cast iron, from which iron girders radiate so as to form the floors. The centre shaft or pillar is divided into lengths of 8 feet, and the joinings are made fast in the same manner as the side plates, with a bolt about an inch and a half thick, and a strong nut screwed home. The plates for the side are all numbered, and, as experienced workmen will be sent out to put the building together, there will be no difficulty in accomplishing that object in a very few weeks. The light-house now stands on a sort of platform, of logs of timber laid upon a foundation of loose shingle, composed of oyster shells and rubble ; but when removed to its destination, it is intended to be fixed upon a bed of square blocks of granite, cemented together, and so constructed that the enormous weight of the edifice may be evenly adjusted.
The Great Isaac's Rock, at the part where the light-house is to be placed, is 30 feet above the highest sea level: but in winter the spray dashes to a height of many feet above the top of the rock, and the building will, therefore, be exposed to many of those violent tempests incidental to tropical climates. The entire weight of the structure, as now fixed, is upwards of 300 tons : but when furnished with stores, fuel, &c., it will be considerably more. The base stands upon three iron supports or feet, as they are called, and these will be imbedded in the solid masonry, so as to make the building capable of resisting the most violent alternations of the weather.
The tower is 124 feet in height from the base to the lantern, 25 feet in diameter at the base, and 15 feet at the top. It is approached from the ground by a circular staircase, and the structure contains six floors. The first room, into which the outer staircase opens, is the general room — a large apartment, 10 or 12 feet high, and lit by small windows, composed of one pane of thick plate glass about 12 inches square. From this room the staircase is carried up inside the building. The next apartment is the daily living room, fitted up with tables and lockers of oak. The room above is the sleeping room ; then comes the night watching room, in which the men charged with the care of the lantern are to watch. The remaining apartment is the store room, in which the oil, cotton, &c, is to be kept.
Above all is the lantern room, where the revolving light is fixed. This apparatus, constructed upon the most improved principle, by Mr. Wilkins, of Long-acre, will consist of 21 burners, fitted with parabolic reflectors. The machinery for keeping the light revolving is fixed in a copper box in the centre of the apartment, and when wound up will keep the lights revolving for 30 or 40 hours, the oil to be used in the lamps will be the best spermacetti and palm, and the reflection of the whole when lit will be that of an intense and powerful light. The lantern is composed of a strong frame of gun metal, glazed with thick plate glass. The sashes are made so beautifully . true that the glass is screwed without the aid of cement of any kind, and remains perfectly air-tight. The ends of the plates, of which the body of the tower is formed, are polished, and, when bolted, come together so evenly that a sheet of paper even cannot he passed between them. The interior of the apartments are lined with corrugated iron to resist the heat, and care has been taken to ventilate the building as far as possible.
The cost of the structure as it now stands is about £6,000, and the builders have offered to take it down, remove the materials to the intended site, permanently erect and light it by the 1st of December, 1857, for £4,000 more, making the total cost £10,000, or about half the cost of a similar edifice if built of masonry. The light-house, since it has been fixed in Messrs. Grissell's premises, has experienced some very hot and tempestuous weather, and the engineers who have examined it on behalf of the Government express themselves perfectly satisfied with its solidity and strength. It is to be removed to its destination in a few days. The Government, we are informed, intend to get two other light-houses constructed upon the same principle- for the West India Islands.'[7]