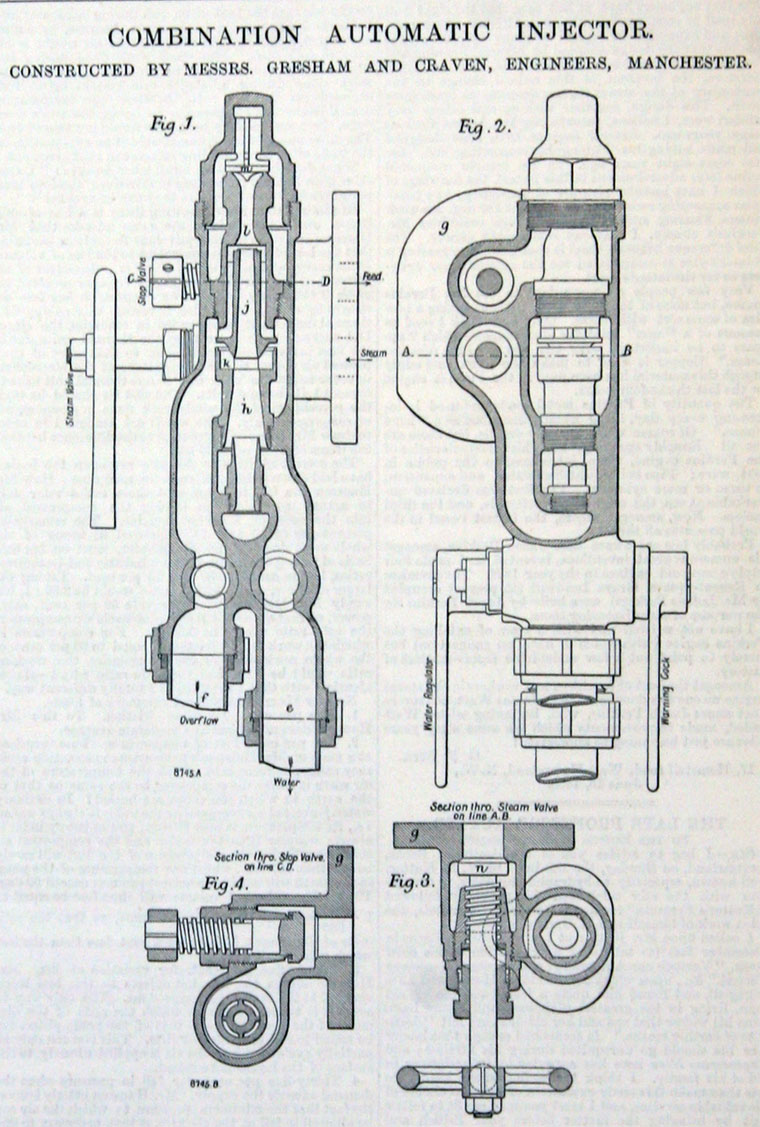 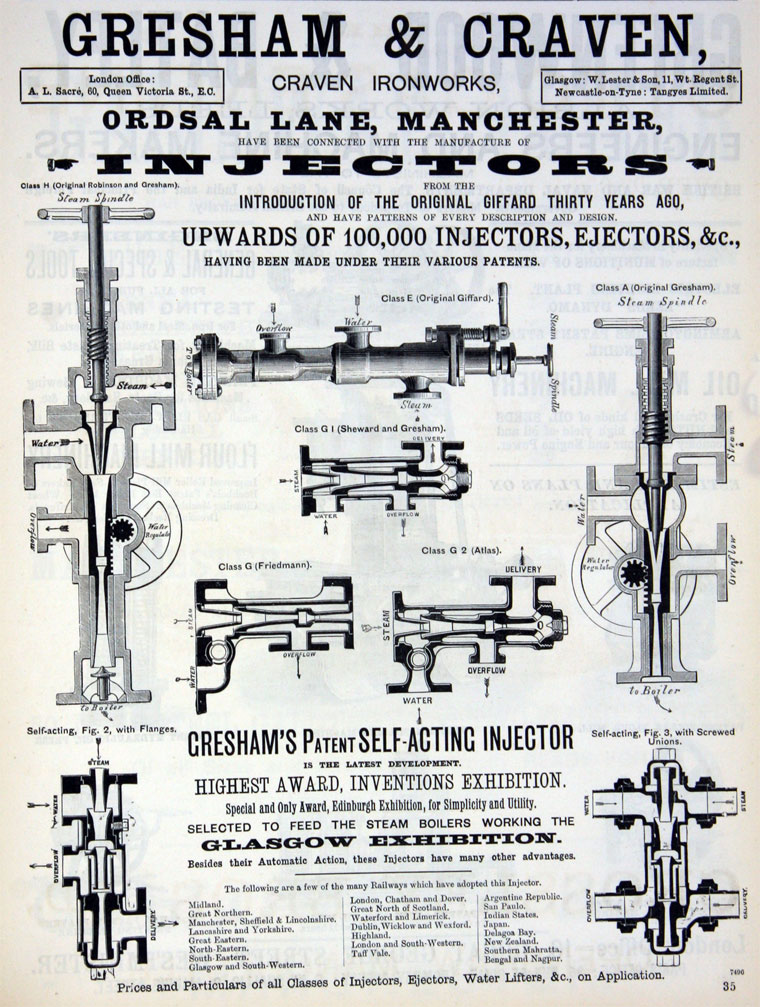 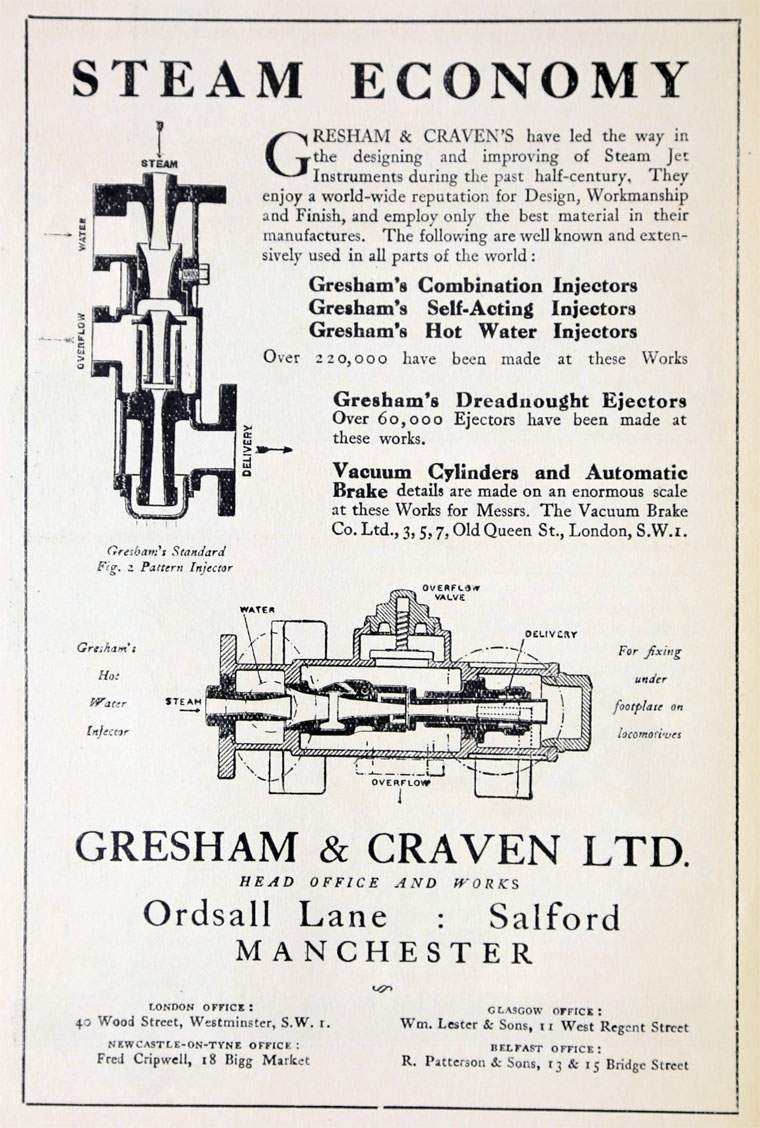 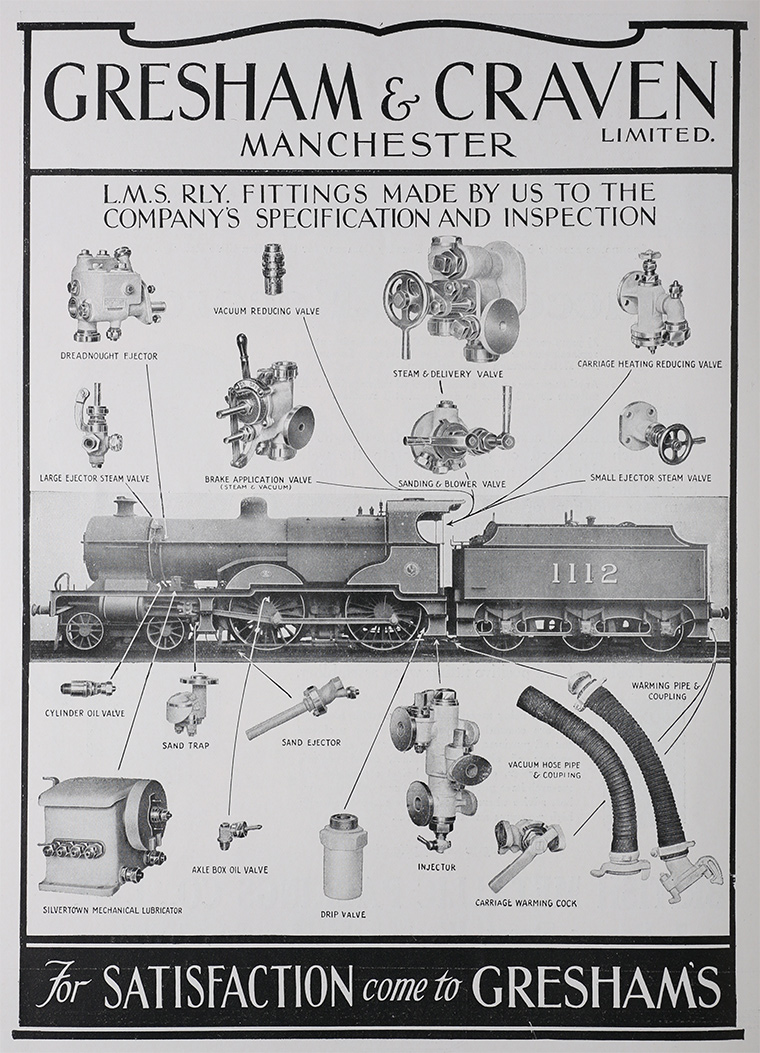 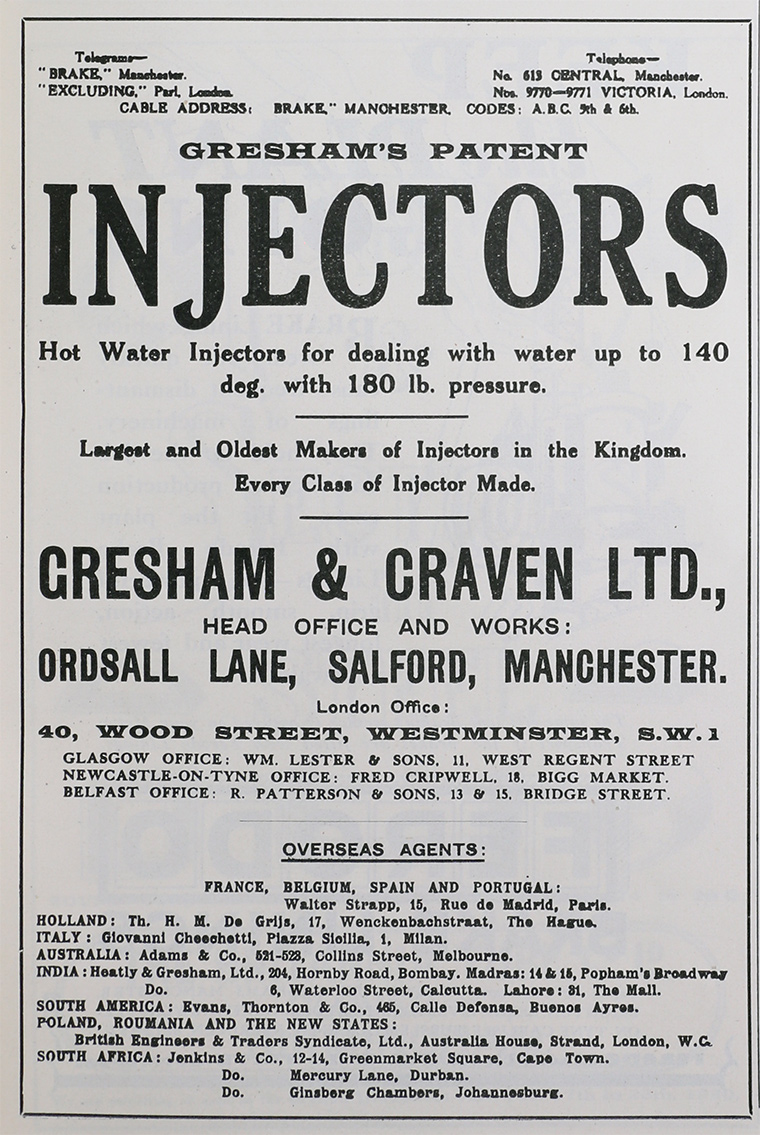 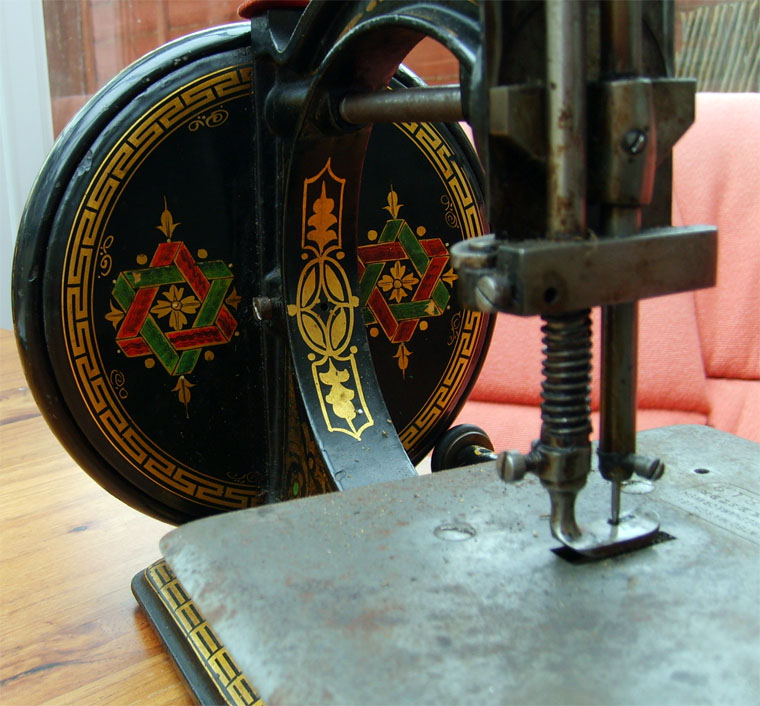 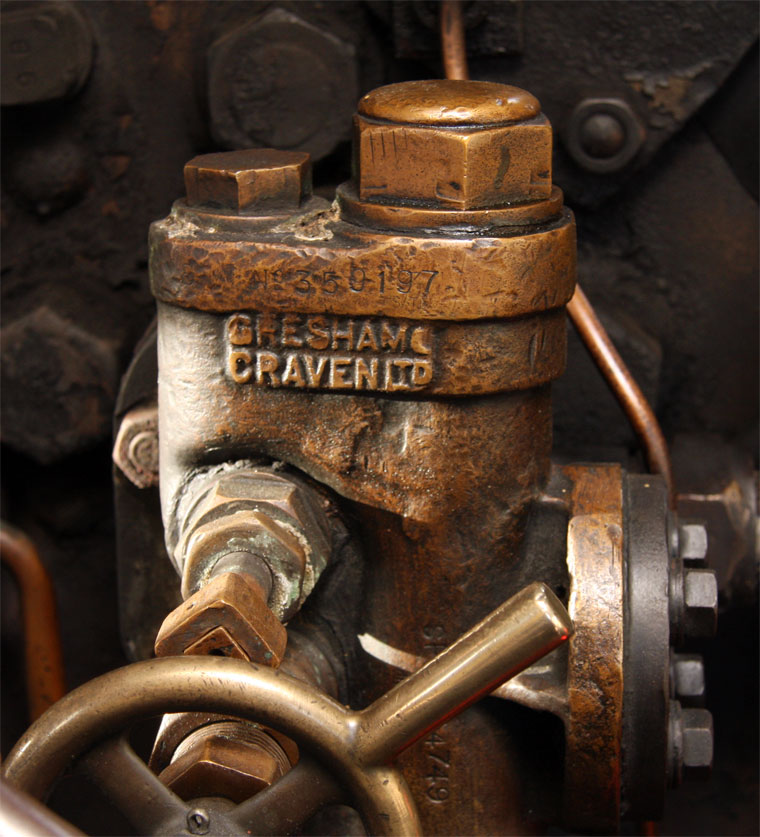 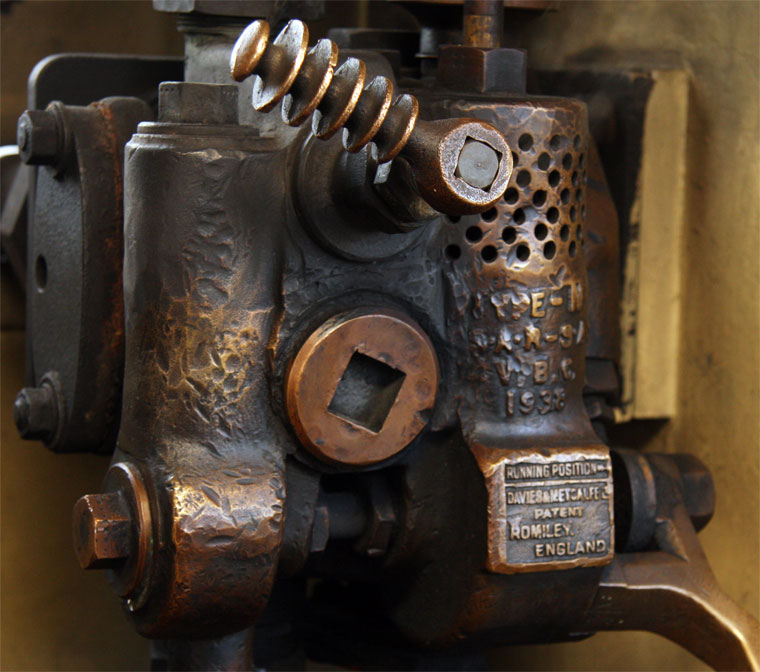 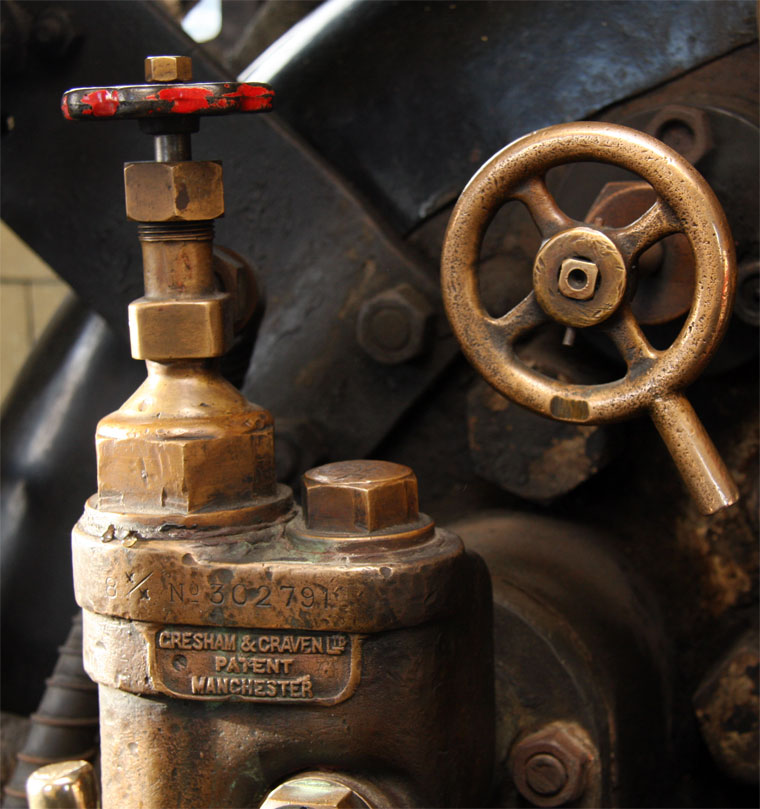 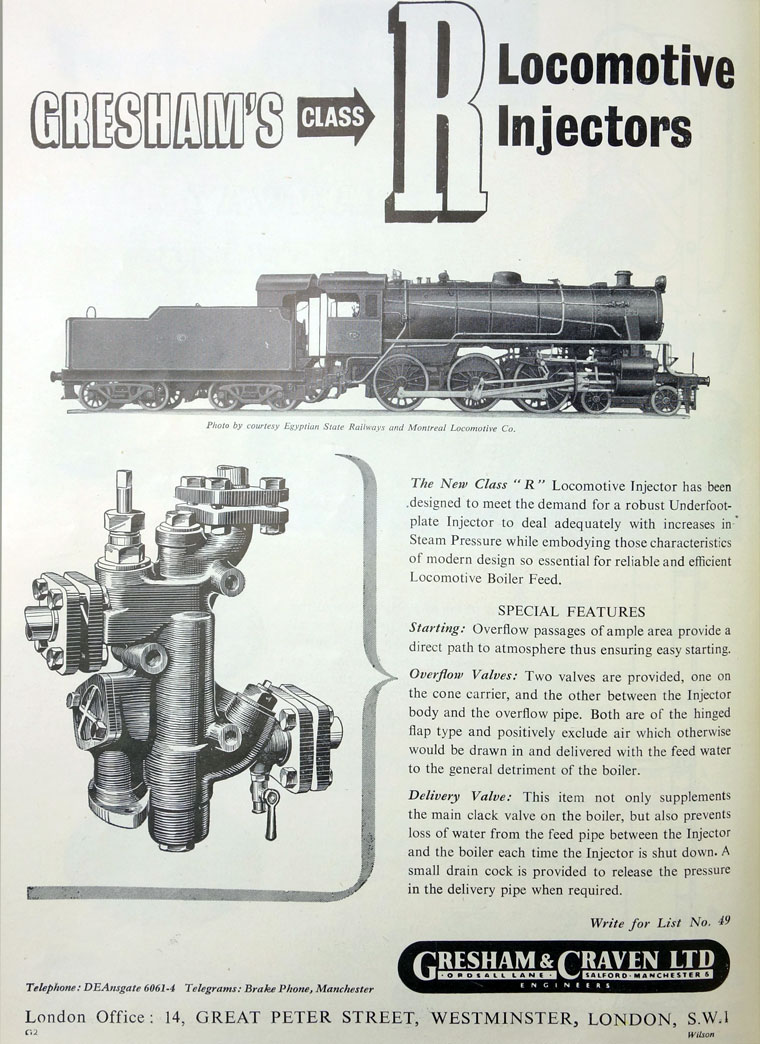 Part of the former works in Salford, now converted to offices. River Irwell in foreground 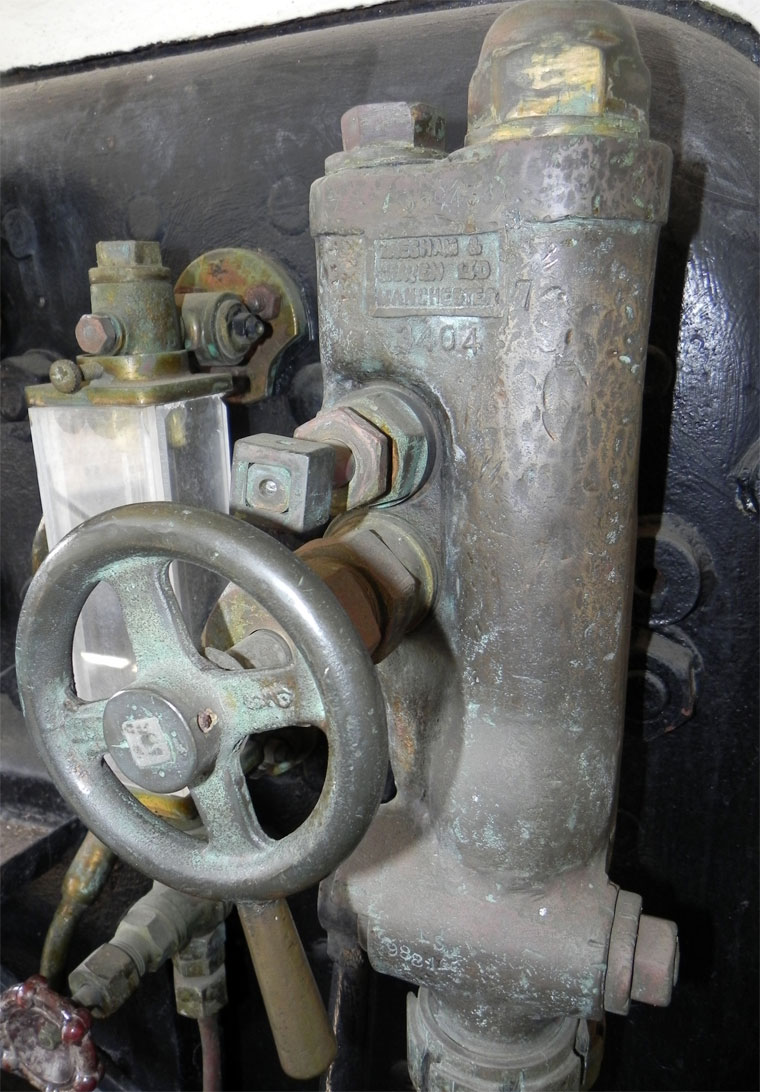 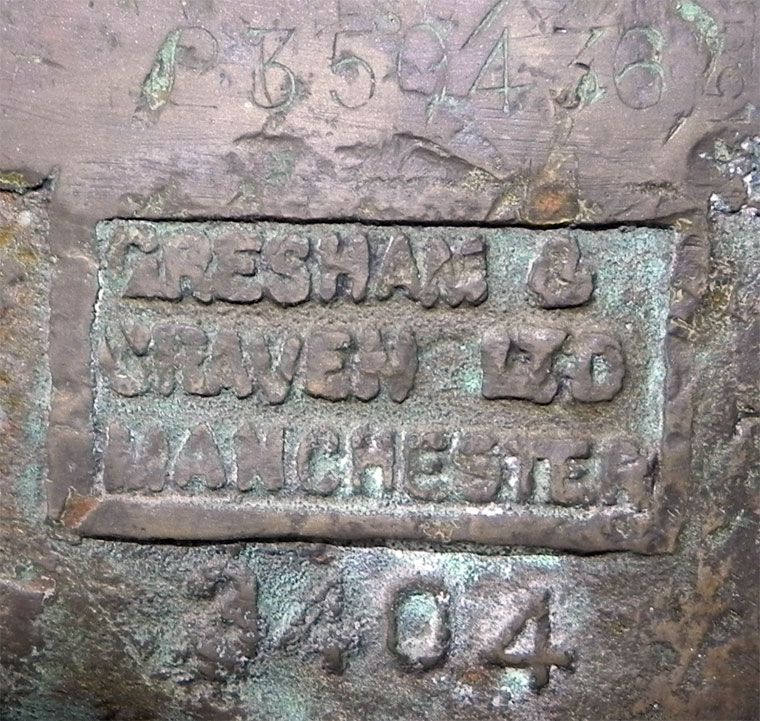 1889 Company formed to convert the engineering business of James Gresham and Thomas Craven. [3]

1892 Trains for the Belfast and Northern Counties Railway started to be fitted with Johnson & Clayton's patent carriage heaters, made by Gresham & Craven. Hot water from the locomotive boiler was passed through pipes under the seats. The water was returned to the tender. The passengers were able to regulate the heat by means of covers for the pipes.[4]