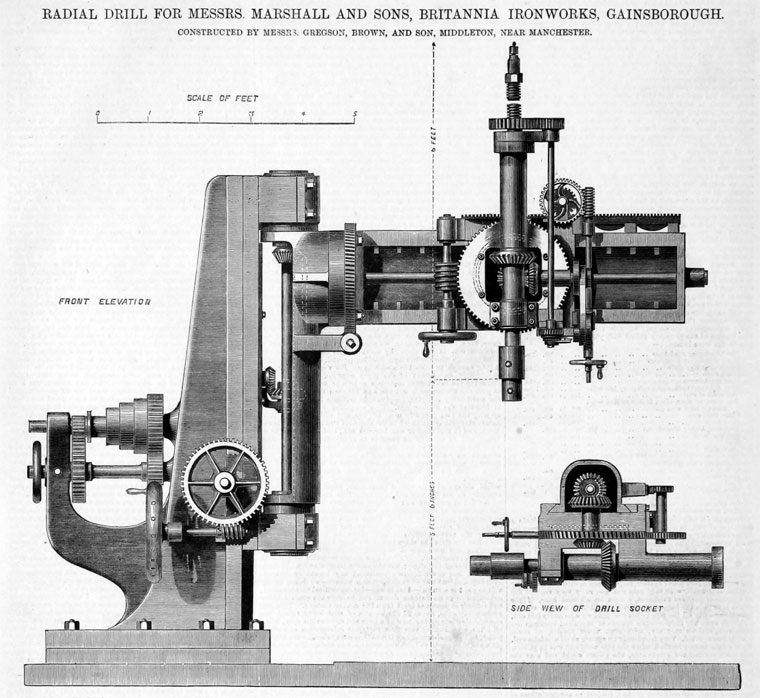 1874 'NOTICE is hereby given, that the PARTNERSHIP heretofore subsisting between us, the undersigned, carrying on business in copartnership together at the Park Iron Works, Middleton, near Manchester, as ironfounders, tool makers, and machinists, under the style or firm of "Gregson, Brown, and Son," was this day DISSOLVED by mutual consent. All debts due to and owing by the late firm are to be received and paid by the said John Brown and Walter Brown, who will continue to carry on the said business under the style or firm of John Brown and Son. - Dated this seventeenth day of November, 1874. ROBERT GREGSON. JOHN BROWN. WALTER BROWN.'[1]

1882 Petition of Liquidation on behalf of William Henry Gregson of the Park Ironworks, Tonge, near Middleton, and of Woodlands, Manchester Old Road, Middleton. Trading as John Brown & Son.[2]