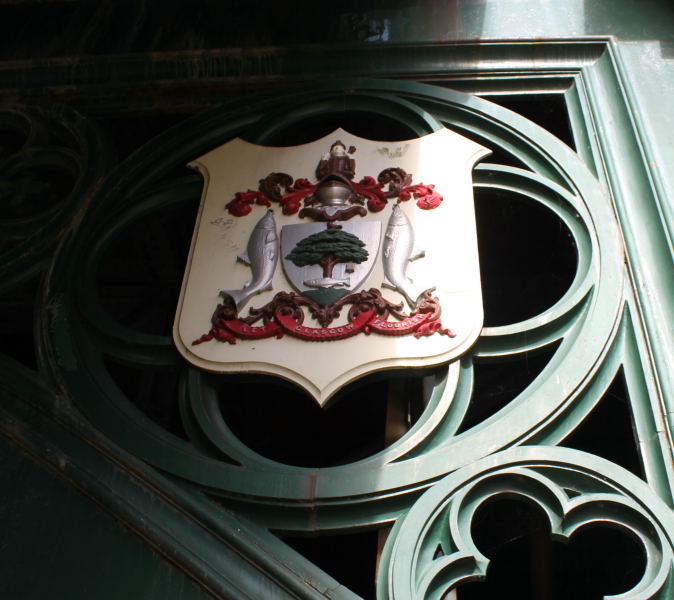 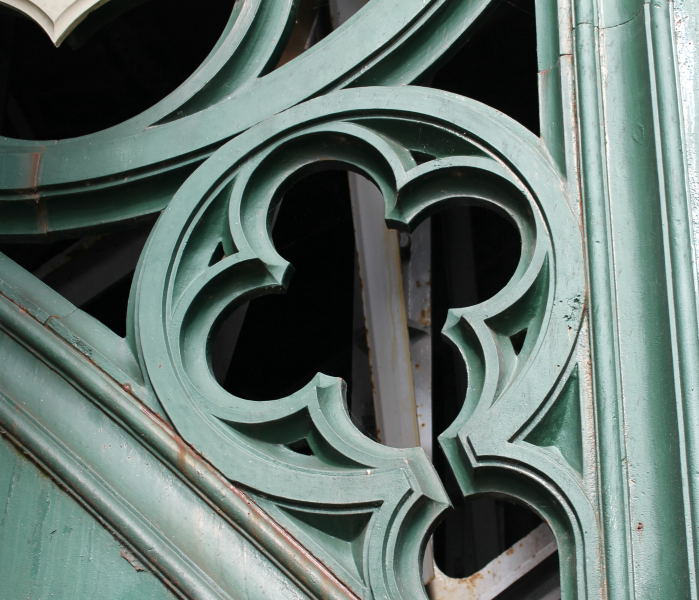 Opened in 1891, it is a late and magnificent example of a cast iron arch bridge.

1889 Contracts placed. Foundation stone laying ceremony took place in April 1890. The Engineers were Bell and Miller, the masonry contractors Morrison and Mason. William Arrol and Co were the contractors for the iron and steelwork.[1]

The abutments are constructed from sandstone, brick and granite.

The designers negotiated the awkward crossing over the meandering river - and a small roadway and a footpath - by two main arches of 91 ft and two smaller arches of 34 ft.

The eastern approach is served by an impressive cast iron stairway leading to South Woodside Road and the entrance to Kelvinbridge subway station.

The CANMORE website summarises information from a number of authoratitive sources and provides maps and photographs[2]. One source states that the western abutment overlies old shallow coal workings and is carried on a steel frame resting on cast-iron columns which penetrate the workings to provide a secure foundation.

Immediately upstream may be seen some remains of an earlier stone bridge. This passed at an angle to the line of the current bridge and its masonry predecessor. The two masonry bridges may be seen in a Victorian photograph in the CANMORE website.