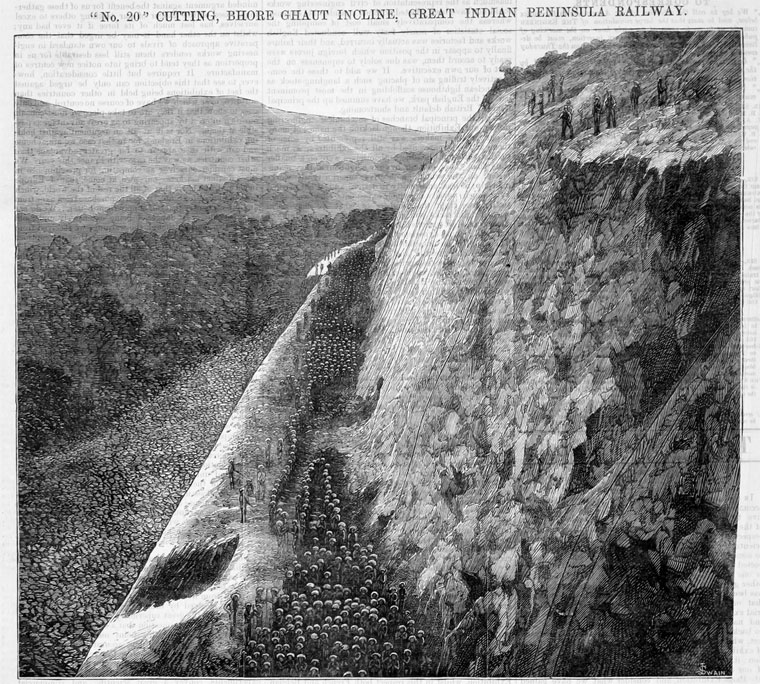 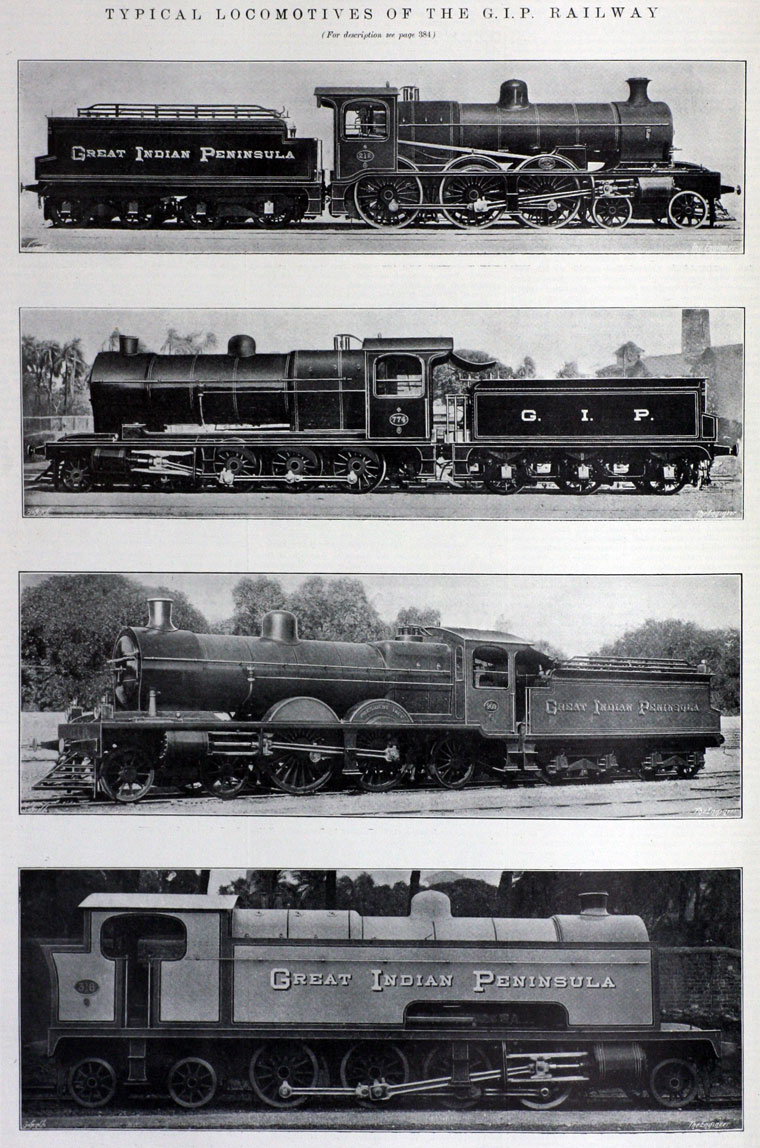 The railway was a grand trunk line between Bombay, Calcutta, and the north-west by one line, and between Bombay and Madras by another (south-eastern) line, including also an important line to Nagpore.

1849 August 1st. Incorporated by an act of the British Parliament with a share capital of 500,000 pounds.

1849 August 17th. Entered into a contract with the East India Company for the construction and operation of an experimental line, from Bombay to or near Callian, with a view to an extension thereof to Malsej Ghaut. [1]

The Court of Directors of the East India Company appointed James John Berkley as Chief Resident Engineer with Charles Buchanan Ker and Robert Wilfred Graham as his assistants.

1851 'It will be remembered that the first turf was turned at Bombay, on the 31st of October, 1850. Very little was done for the first eight months, till Messrs. Faviell and Fowler, the contractors, at one end, and Mr. Jackson at the other, took matters in hand. The work appears to have been one of great labour and difficulty. In addition to a most trying climate (in which the constitution of Mr. Fowler, the partner of Mr. Faviell, as well as that of many of the English labourers they took out with them, failed), Mr. Faviell found himself, in March, 1852, working single-handed, his partner having gone to England for the benefit of his health. Mr. Faviell was then dependent principally on native labour: the men are scarce, and, in the rice-harvest time, always difficult to manage...'[2]

1859 Solomon Tredwell, recently appointed contractor for the line, died soon after taking up the work; he was succeeded by his wife, Alice.

1866 Accident. '...a frightful accident on the Great Indian Peninsula Railway, at the reversing station of the Thull Ghaut, which resulted in the instant death of six or seven persons, and the serious injury of another. Just before coming to the scene of the accident there is a declivity varying from 1 in 100 to 1 in 37. All that is known of the circumstances is that the train, as it came down the gradient, obtained tremendous velocity, rushed past the station so rapidly that nothing but its momentary whirl was heard, dashed through a barrier at the end of the rails, and literally leaped down the precipice beyond. One of the guards jumped off and was terribly injured; but the other poor fellows who were in charge stuck to their posts and were killed in the crash. Scanlan, the guard who jumped off, is not considered to be in immediate danger, but his jaw being broken, he is unable to speak.'[4]

1870 March 7th. It became possible to travel directly from Bombay to Calcutta when the Great Indian Peninsula Railway connected with the East Indian Railway.

1900 June 30th. The assets of the GIPR were purchased by the Government and merged with those of the Indian Midland Railway into a "new" GIPR, managed by the old company.

1925 July 1st. The company's management was taken over by the Government.