Grace's Guide is the leading source of historical information on industry and manufacturing in Britain. This web publication contains 148,402 pages of information and 233,863 images on early companies, their products and the people who designed and built them. 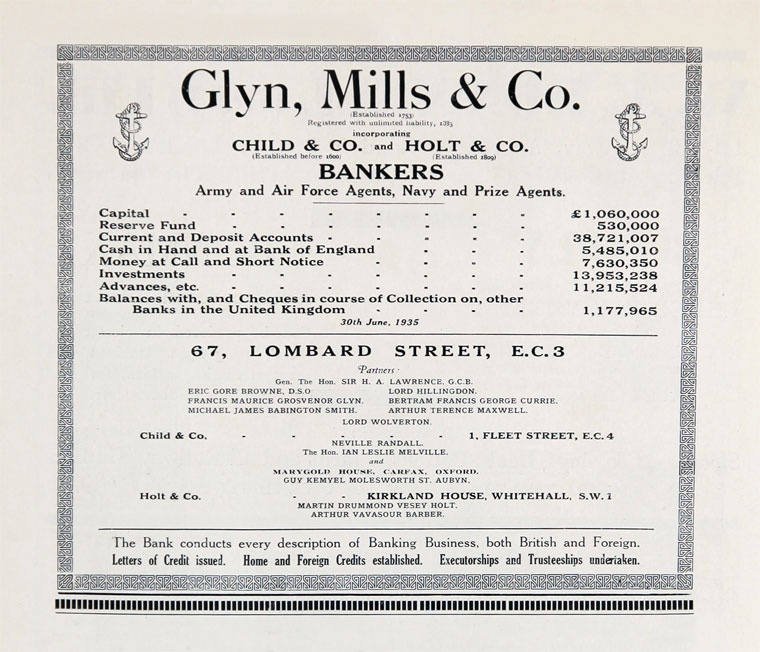 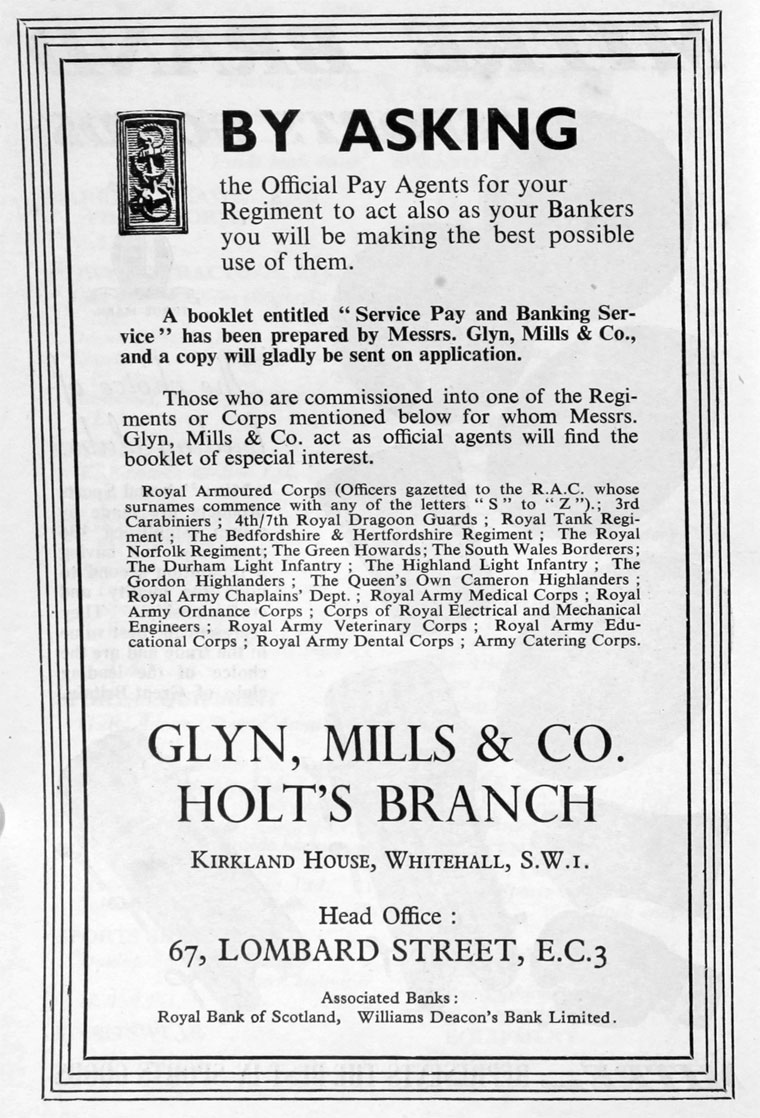 1753 Founded by Joseph Vere, Richard Glyn and Thomas Hallifax as a private bank; initially traded as Vere, Glyn and Hallifax.

By 1800 the bank had moved to Birchin Lane. It prospered, developing a large business as London agent for many of the growing provincial banks, providing banking facilities for more than 200 of the new railway companies and handling the important Canadian financial agency.

1841 Glyn, Mills took over many of the customer accounts of Ladbroke and Co upon that bank’s closure

1864 Acquired the business of Curries and Co, and was restyled Glyn, Mills, Currie and Co.

1885 Registered as a joint-stock company

1890 it played a major role in preventing the collapse of merchant bankers Baring Brothers, thereby saving a number of London's financial institutions from ruin. By that time the bank had established many international links and was handling share issues for major companies and governments at home and abroad.

1923 Took over Holt and Co, after which the firm was renamed Glyn, Mills, Currie, Holt and Co

1924 Acquired Child and Co, after which the firm was known as Glyn, Mills and Co.

1939 Acquired by the Royal Bank of Scotland