(Redirected from Glover and Sons)
Jump to: navigation, search 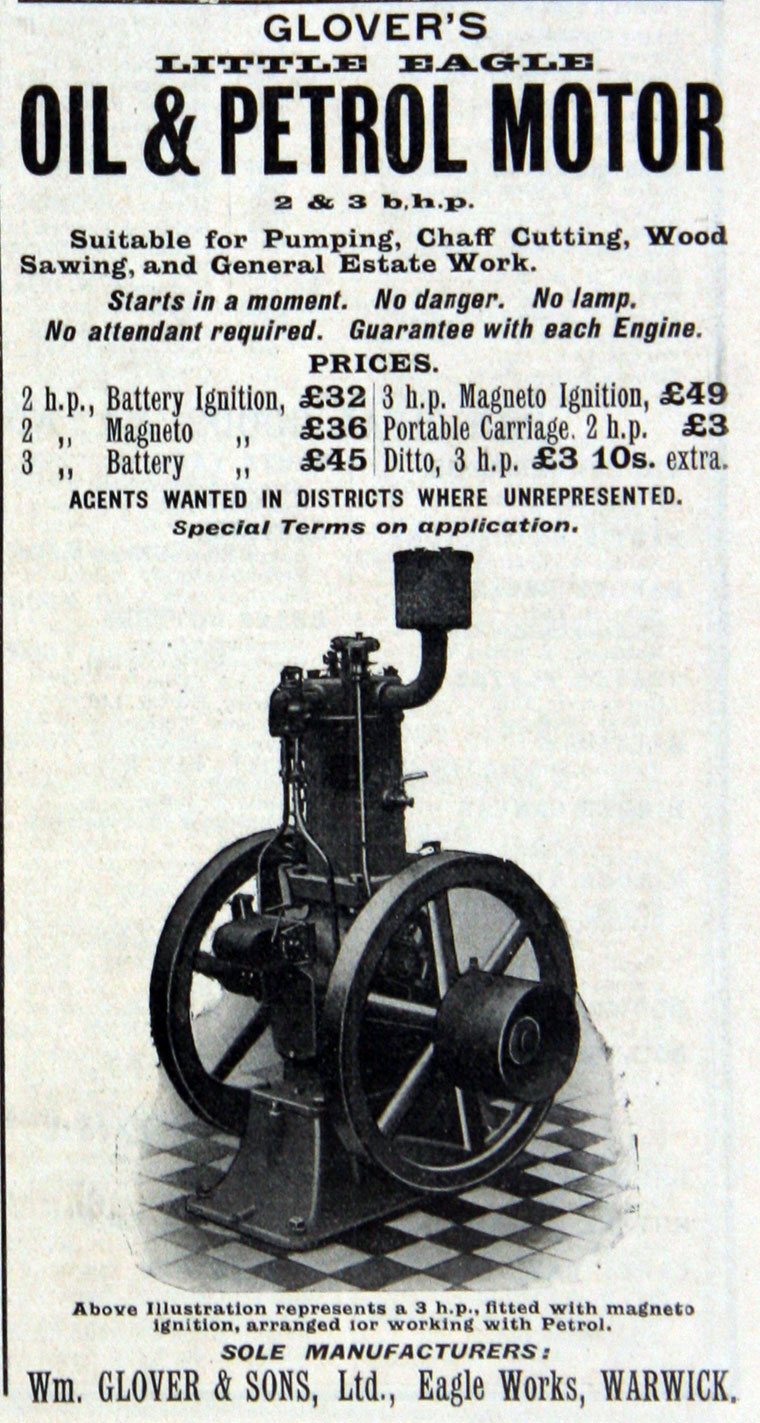 1889 Showed a high-class lorrie (sic) for farm and market purposes of 14 cwt and four-ton load at the RASE at Windsor. [2]

1891 The company was registered on 4 June, to take over the business of wagon and cart builders and agricultural implement manufacturers of the firm of the same name. [3]

1894 June. Royal Agricultural Society's Show. Wagons and Carts. Their tipping wagon is well known in London and other towns for the collection of slop and dust. [4]

c1900 'The firm of William Glover and Sons in the Saltisford and Packmores offered a wide range of vans, wagons, and carts, including the vehicle awarded a prize by the London County Council for the best dust van. The firm's engineering department produced roller mill plants, cementmaking machinery, and constructional ironwork for barns and churches'. [7]